It’s going to be a surreal CES 2021 this year, as the big tech trade show is going to start on Monday as an online-only event instead of the techpalooza event that is usually held in Las Vegas. This year, the event could have 150,000 attendees, but they’re all going to be browsing from afar.

The pandemic has driven the Consumer Technology Association‘s big event into an online affair with 1,000 exhibitors and more than 100 hours of programming. Starting on Monday, I’ll be among the 6,000 or so press attending the CES Press Day, which starts at the ungodly hour of 5 a.m. Pacific time with LG’s event. Samsung Electronics’ event is usually the biggest affair that draws the longest line for the media. But it will kick off at 6 a.m. Pacific and last for just half an hour. Other companies hosting press events include Hisense, Bosch, Here Technologies, Panasonic, Philips, Skyworth, Canon, TCL, Mercedes-Benz, Magna International, Kohler, Intel/Mobileye, Omron, Caterpillar, and Schneider Electric. Sony will wrap up the day at 2 p.m. Pacific time. I’m hoping Sony will tell us how many PlayStation 5 consoles it sold over the holidays.

I have attended the Consumer Electronics Show ever since the 1990s when then-Microsoft CEO Bill Gates gave the opening keynote speeches every year. I’ll miss the physical event, but I’m doing my best to cope with the change and get excited about what I can still see in the digital format. And I won’t miss the crowds.

Gary Shapiro, CEO of the CTA, the group that puts on the event, told me in an interview that the sessions will be shorter because people watching from home have shorter attention spans. This show will only last from Monday through Thursday, in contrast to the Sunday through Friday usual event in Las Vegas. But in an interview with VentureBeat, Shapiro chose to look at the bright side of the circumstances. The crowd will be more international because it will include people who haven’t had a chance to come to the physical event before. 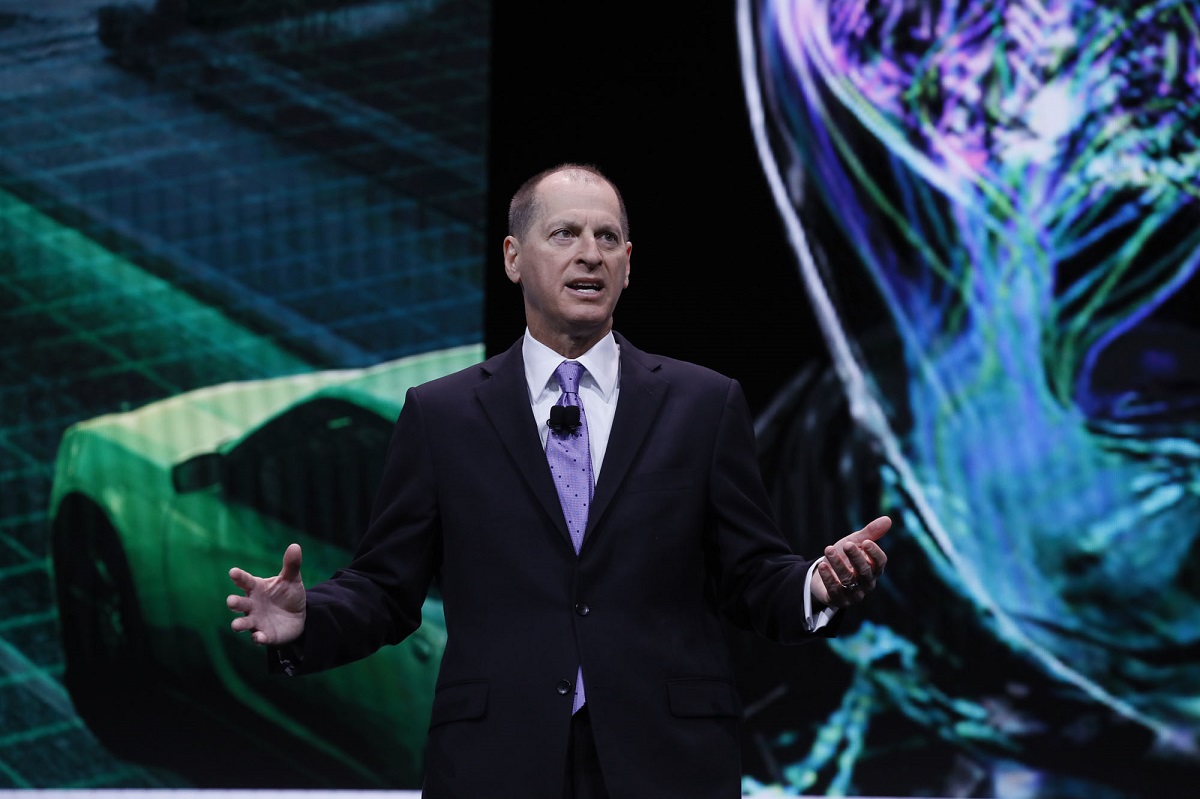 Above: Gary Shapiro is CEO of the CTA, which runs the annual CES tech trade show in Las Vegas.

“We’re able to do things we’ve always wanted to do but we’ve never been able to do,” Shapiro said. “We wanted to do the LinkedIn of events. When you register, you get the option to share your name with others. That’s already taken off. People are getting in contact, getting emails, linking up already. Before the show even starts, we’re feeling some satisfaction and success.”

The show exhibits, keynotes, and sessions will be available for about 30 days after the show ends. I’m moderating a panel (prerecorded) on how cloud technology is revolutionizing business at 2 p.m. Pacific time on January 13.

As for hot technologies, Shapiro sees 5G broadband wireless networks taking off, 8K TVs, enterprise technologies, health tech, robotics, augmented reality and virtual reality, and drones. During 2020, Shapiro said numerous industries prospered during the pandemic, including video games, 5G networks, 8K televisions, 4K TVs, and networking gear. PC makers like HP will be back with more computers that will cater to people working out of their homes.

The event will take place via Microsoft Teams. When it comes to things like augmented reality glasses, AR veteran Tom Emrich thinks it will be a long road to devices that we can wear all day on our heads that will be just as comfortable and form-fitting as eyeglasses. Facebook has talked about launching such a device in 2021, but I don’t expect to see it at CES. I do, however, expect to see smaller companies try to move ahead with their AR and virtual reality technologies. Smart homes, smart buildings, and smart gadgets will be the norm. 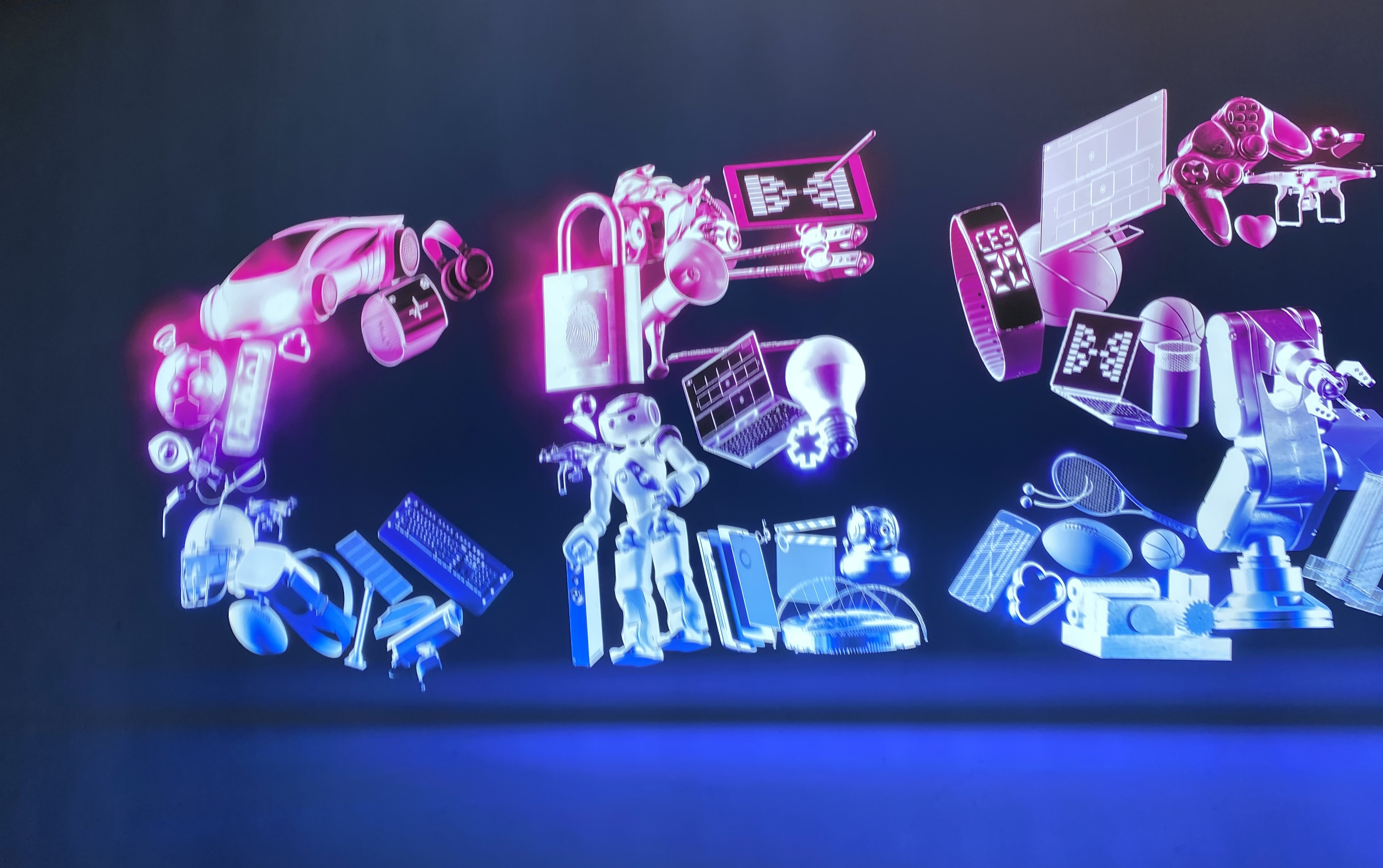 Yesterday, at the Showstoppers Japan preview event, Vanguard Industries showed off a pet that looked like a furry worm, dubbed a Moflin, designed to can give you emotional relief. The palm-sized pet has no eyes but it makes cute sounds like a small animal, and it shows affection. Health and wellness will be a lot higher on the radar, given the state of the world. We will see more devices that target older people, like Triple W’s DFree product, a smaller second-generation wearable device that uses ultrasound to measure a senior’s bladder fullness and help the person control incontinence better.

I’ve seen some demos under embargo and I’m looking forward to seeing cool projection technologies, innovative laptops that can make working from home easier, and networking devices that can protect your home from hacking attempts. We’ll see sleep aids, smart fall detection sensors for the elderly, Sony TVs with “cognitive processors” designed for the way we see and hear, cool projection technologies, a virtual hotel concierge that speaks tons of languages, and a new pinball machine from Stern Pinball. You can browse through a bunch of press releases already here.

Keynote speakers include Verizon CEO Hans Vestberg (Monday at 3:30 p.m.) in the kickoff address for the show. Mary Barra, CEO of General Motors, will speaker at 6 a.m. Pacific on Tuesday (did I mention you can watch replays?). Advanced micro Devices CEO Lisa Su will speak on Wednesday. Best Buy CEO Corie Barry and Microsoft president Brad Smith will also speak on Wednesday, and Walmart CEO Doug McMillon will speak on Thursday. We’ll miss out on parties this year, but Pepcom and Showstoppers will have their digital product showcases on Monday.

Some celebrities will be present. TV personality and producer Ryan Seacrest will moderate a fireside chat with singer and songwriter Dua Lipa on Tuesday, and Billie Eilish will sing at 4 p.m. Pacific time on Tuesday. That may help people feel like they’re seeing something special, which is what the in-person event does so well.

As for the enterprise tech, Shapiro said, “I talk to a lot of CEOs, and they keep educating me on all the stuff that goes on from an enterprise standpoint. It’s a show focused on innovation, and as I say in my opening keynote, people are doing deals at CES across categories, across verticals. That’s why, when we tried to create the digital venues, we talked about how to get those lines out real quickly from one industry and one company to another. That’s what CES is so valuable for. I’ve talked to representatives from many different companies in many different industries, and that’s what they stress.”