PvE in The Elder Scrolls Online can be complicated when you first start playing this MMO. There are many avenues that PvE can take, including solo arenas, four-player dungeons, and 12-player trials. Most group content requires a healer, or even two, for harder content. If you plan to play as a healer throughout your PVE adventure in The Elder Scrolls Online it's important to prepare yourself, regardless of your class.

From Necromancers to Templars, every class has the potential to be a healer, although some classes are generally better than others in certain aspects. PvE healers need to have lots of different gear sets ready for any situation they may encounter. Although healing is tricky to learn, it's one of the most rewarding roles in The Elder Scrolls Online once you get used to it. 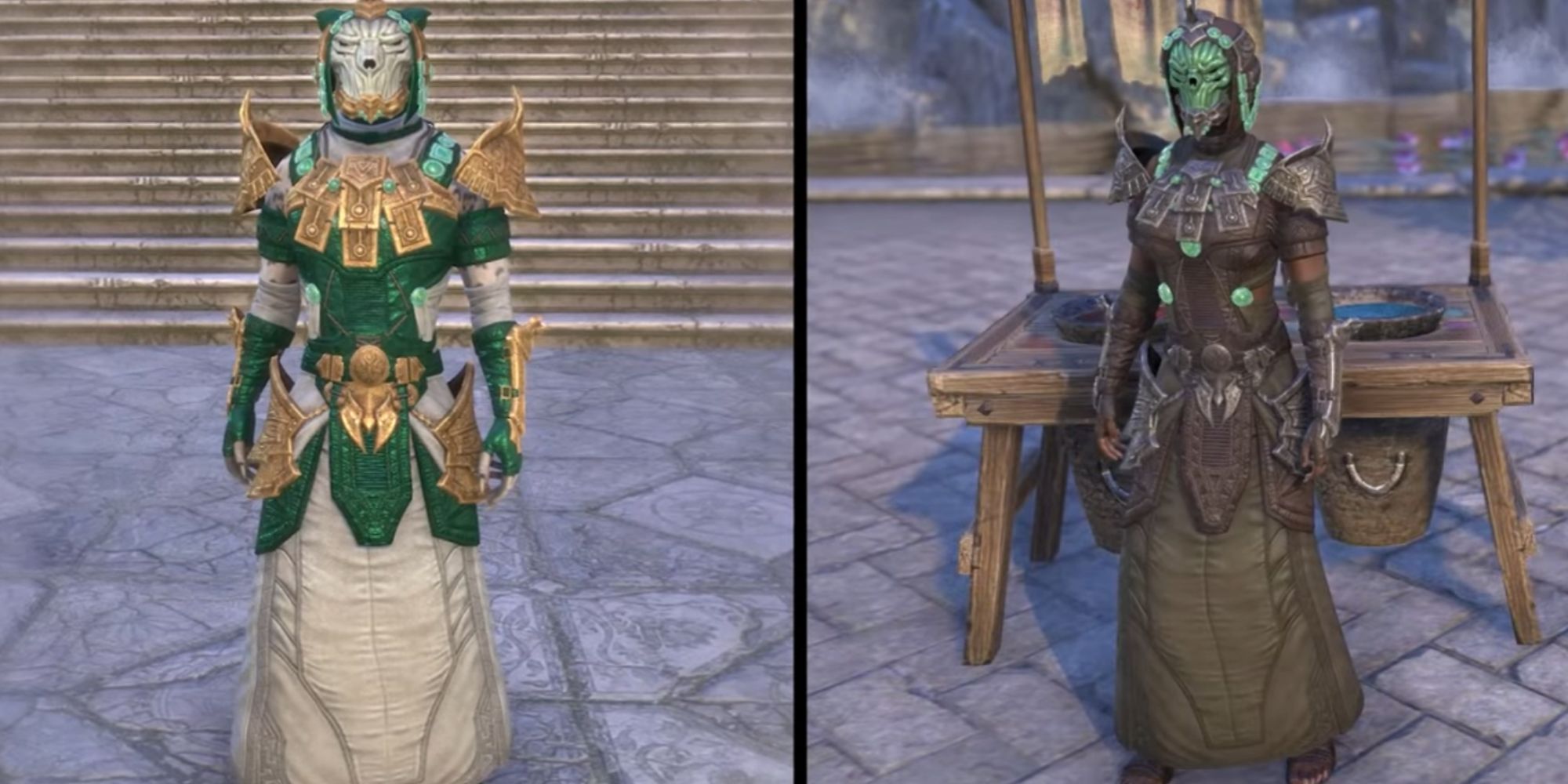 Stone-Talker's Oath is a set that drops from the Rockgrove trial when you defeat a boss. If you defeat the bosses on Veteran difficult it grants you the perfected version, which increases your Magicka as well. The smaller buffs this set grants you increase your Magicka Recovery, in addition to giving you Minor Aegis.

Stone-Talker's Oath is useful for group resource sustain, because after completing a heavy attack, you'll create a bomb that explodes on the enemy after ten seconds. This bomb takes five percent of the damage your group deals to the enemy during the ten seconds, then converts it into Stamina and Magicka, and gifts the resources to every one of your group members. 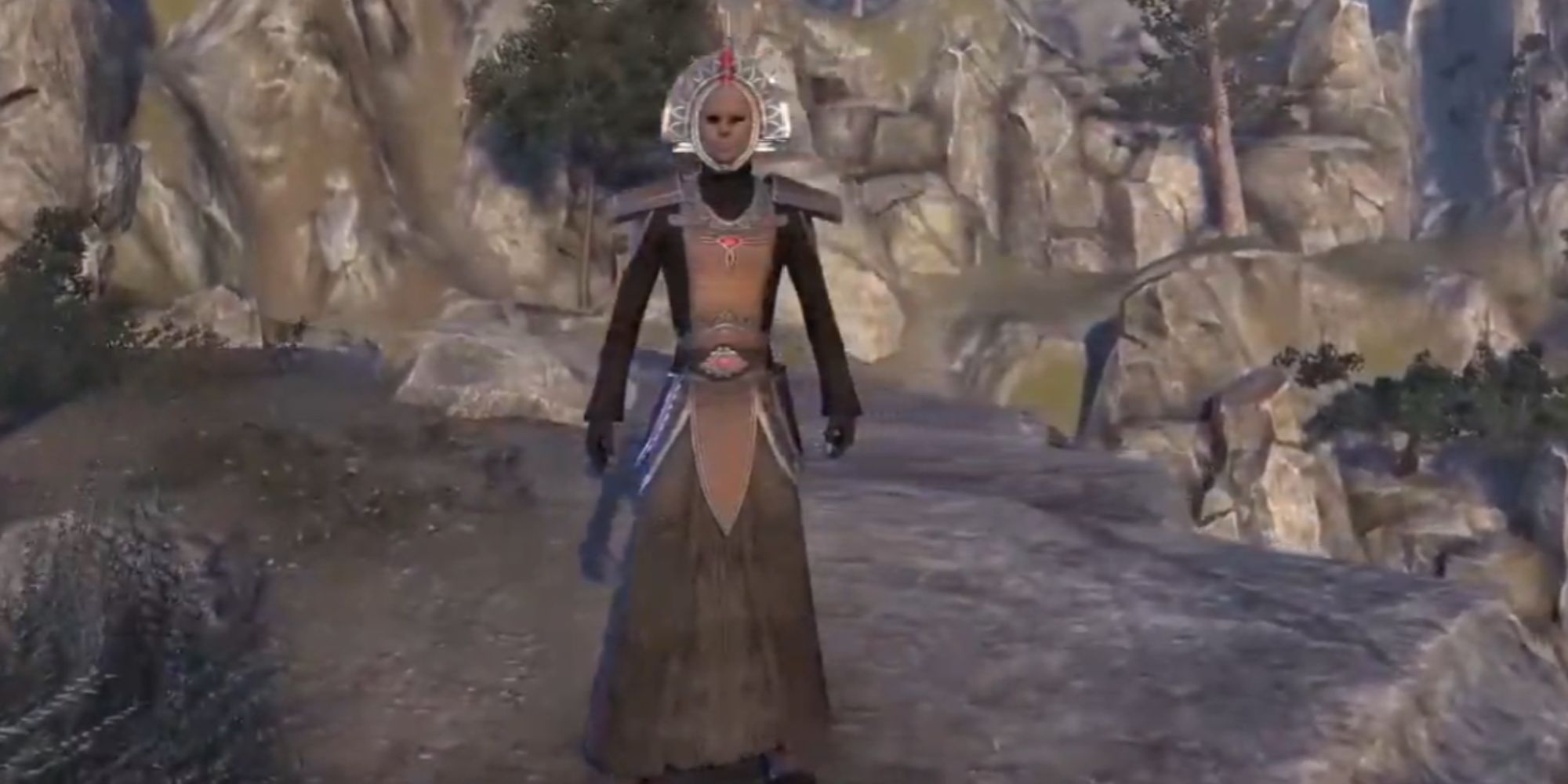 The Healing Mage set used to be one of the strongest healing sets in The Elder Scrolls Online. There are a few better options now, but it's still a fantastic set that's useful for beginners, since it drops from bosses inside the Aetherian Archive trial, on both Normal and Veteran difficulties.

The Healing Mage set decreases the weapon and spell damage of enemies in the area when you use an area-of-effect healing ability. It won't buff your group's damage, but it will decrease the damage they take by a considerable amount. You'll also gain Magicka Recovery, extra Magicka, and an increase to your healing. 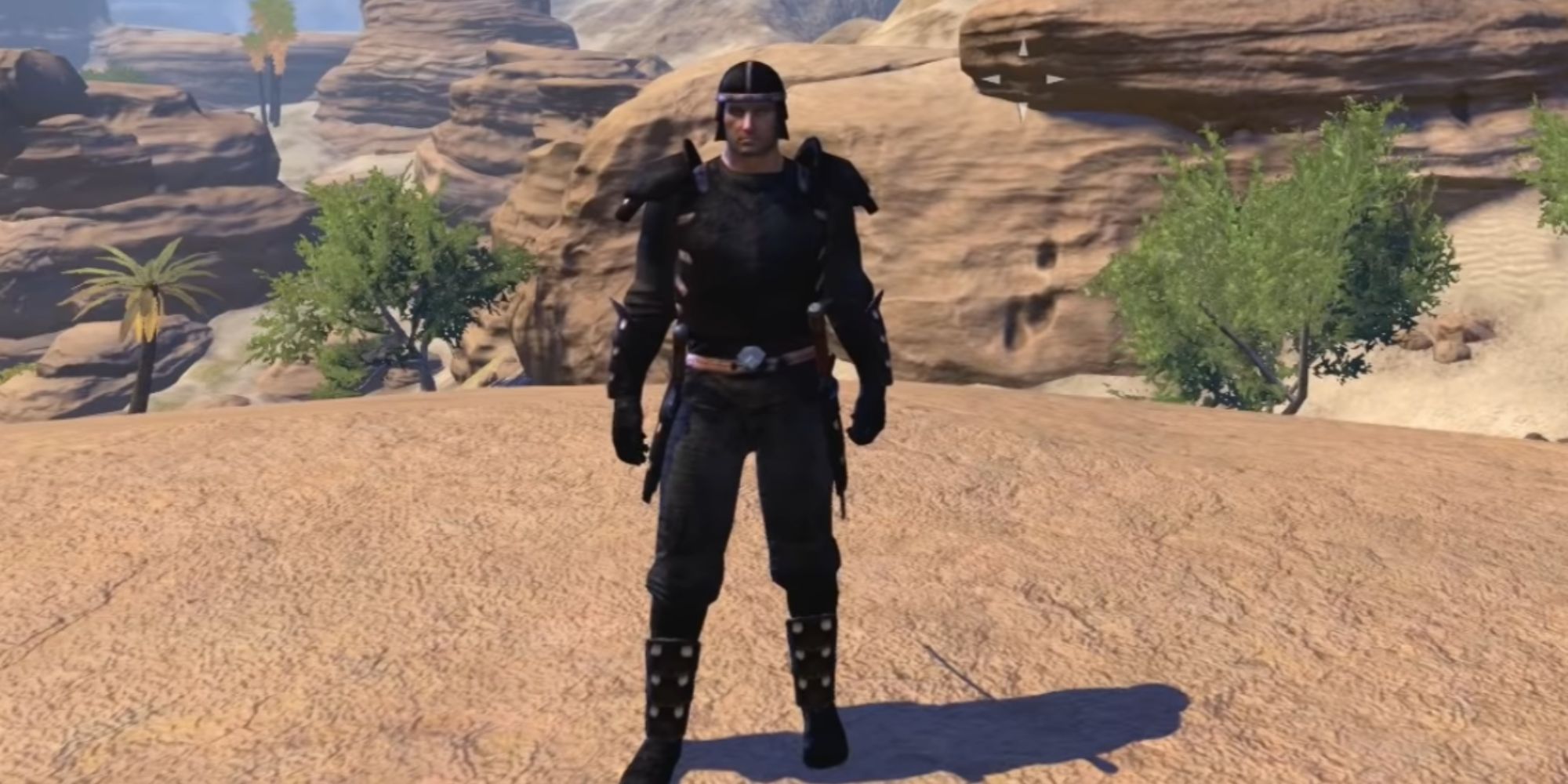 You can get a full set of Hircine's Veneer by defeating bosses inside Selene's Web. It's easy to complete on normal, even when you're at low level, so this is a fantastic set for new healers that play alongside a lot of Stamina DPS in dungeons and trials. If you don't plan on playing with Stamina DPS at all, then this set will lose some value to your group, with the exception of the sustain it gives to your tanks. 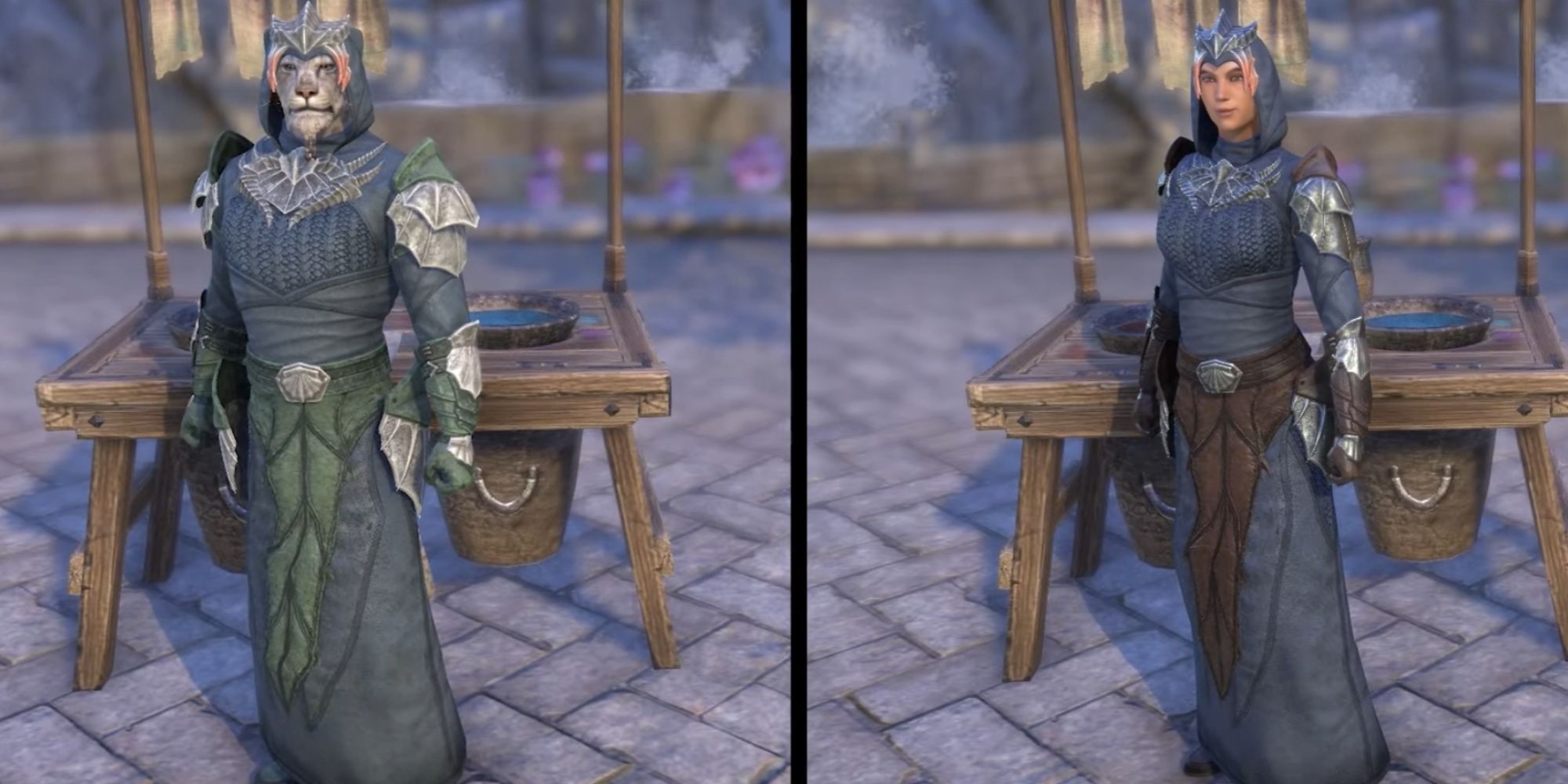 Ultimate abilities buff the group's damage by a lot, so wearing this item set means that your group will have a chance to perform more ultimate attacks overall throughout the course of a battle. You can unlock the Pillager's Profit set by defeating bosses inside the Dreadsail Reef trial. Doing this on Veteran difficulty will grant you the perfected version of Pillager's Profit, which increases your Magicka Recovery. 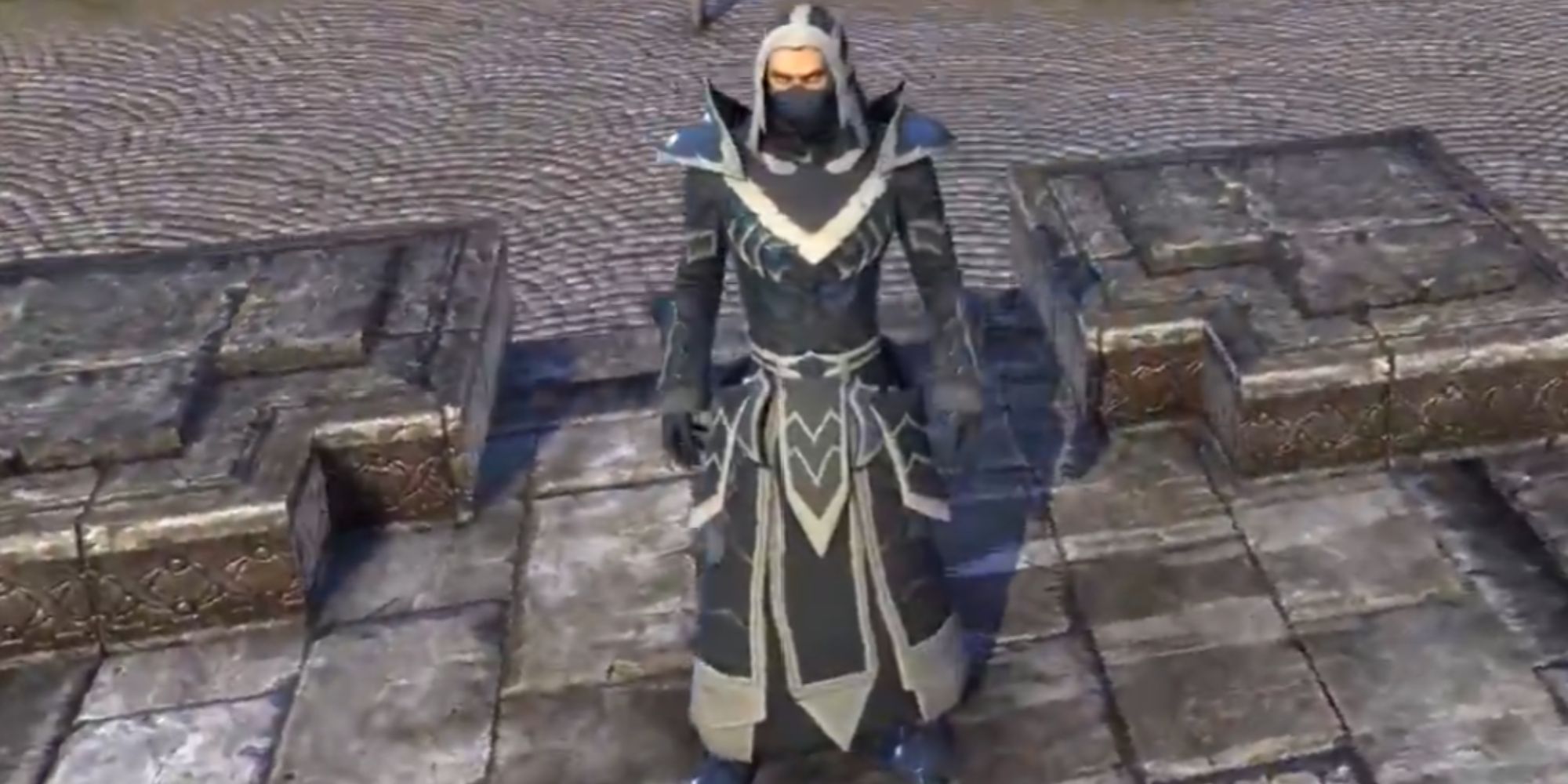 Spell Power Cure is one of the strongest healing sets that increase group damage. It grants 430 Weapon and Spell Damage to a group member, whenever you heal them while they're already at full HP. As you can imagine, this increases a 12-player group's damage by a lot, which means shorter boss fights.

Spell Power Cure is a set that drops inside the White-Gold Tower dungeon when you defeat bosses inside the Imperial City zone. White-Gold Tower is easy on Normal, so you can farm this set regardless of your Strength. In addition to the effect above, this set includes extra Spell Damage and maximum Magicka. 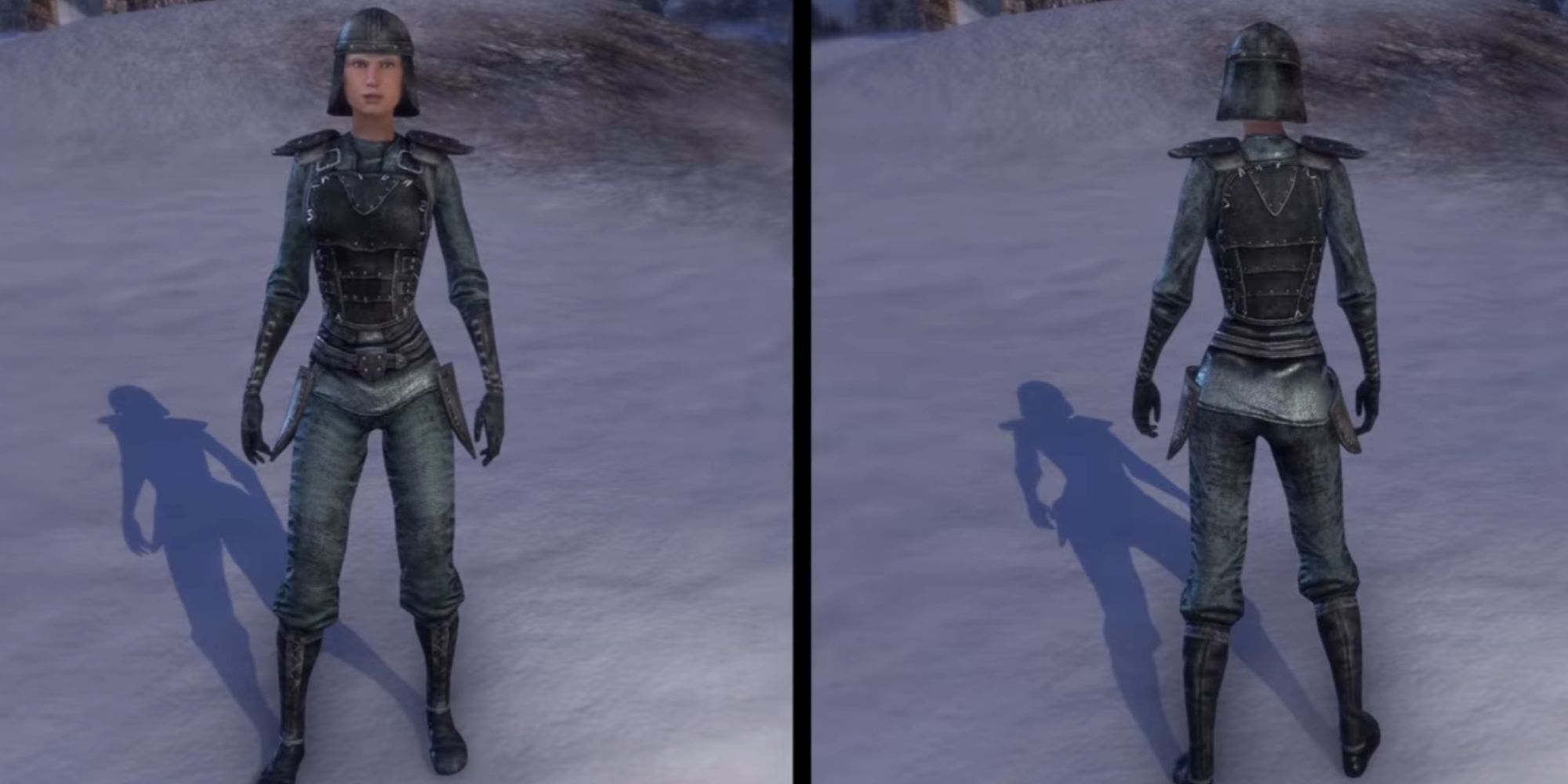 Worm's Raiment is similar to Hircine's Veneer, but is more useful since it increases every group member's Magicka Recovery stat by 145. There are some groups that prefer Stamina DPS, but most like to have Magicka DPS since they're more survivable overall. Worm's Raiment also helps with your Magicka sustain, since it grants you Spell Damage, Magicka, and Magicka Recovery.

The Magicka Recovery your group will gain from Worm's Raiment is high enough that it's often worth switching out a damage-increasing set for this one, but it all depends on your group setup. Bosses inside the Vaults Of Madness dungeon drop Worm's Raiment set pieces on both Normal and Veteran. 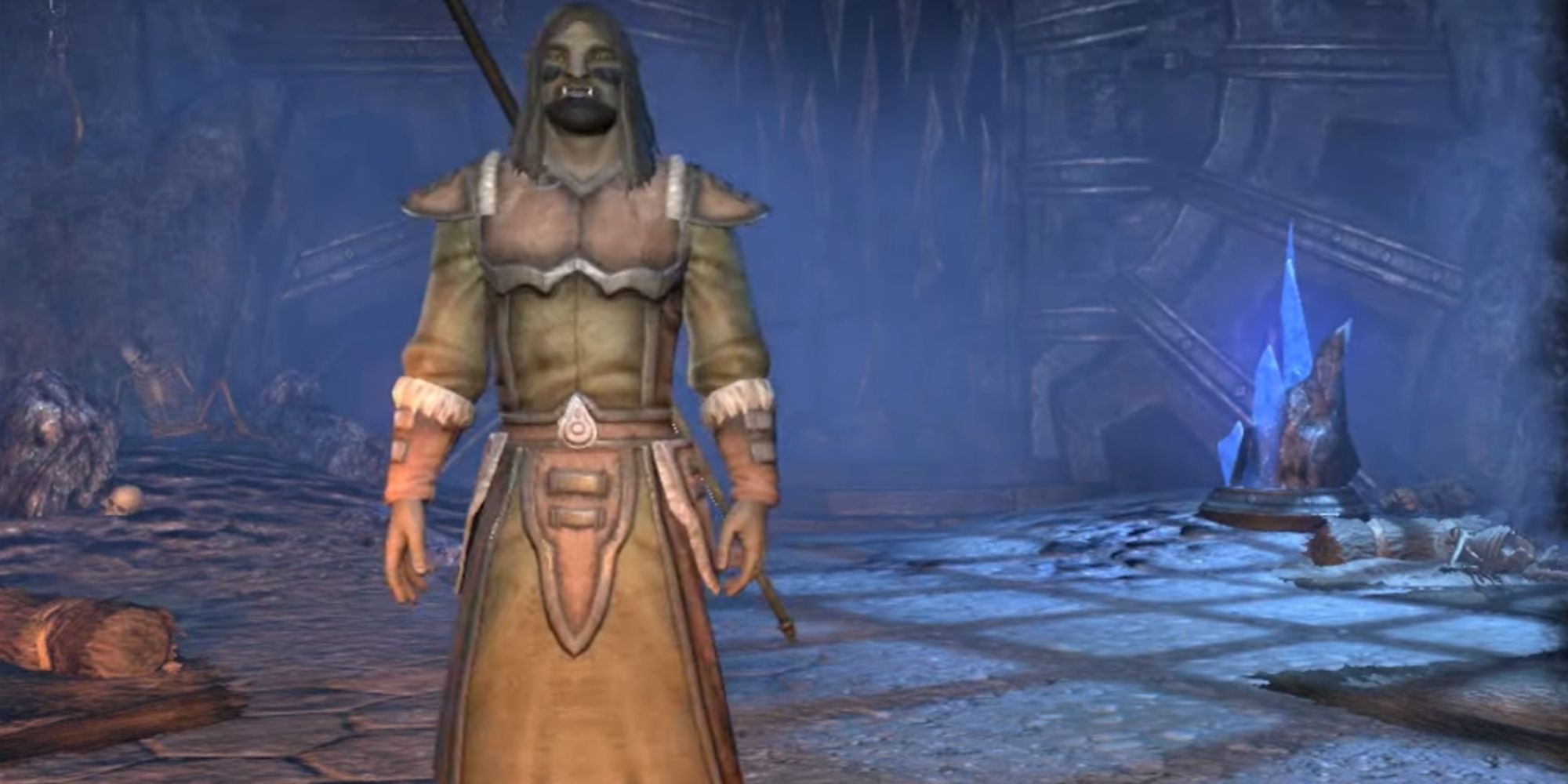 Sanctuary is one of the best sets that focuses primarily on increasing your healing output towards group members, boosting healing by ten percent to both yourself and any enemies in the area in front of you. There are select fights where a set like this may be useful, such as the last phase of the final boss in the Veteran version of Halls Of Fabrication.

Although you won't always need the Sanctuary set, its healing increase is amazing and can be helpful in fights where your group is taking a lot of damage. You can earn Sanctuary set pieces by defeating bosses inside The Banished Cells dungeon, both the first and second versions. With this set, you'll also gain four percent healing received, along with extra Health and Magicka. 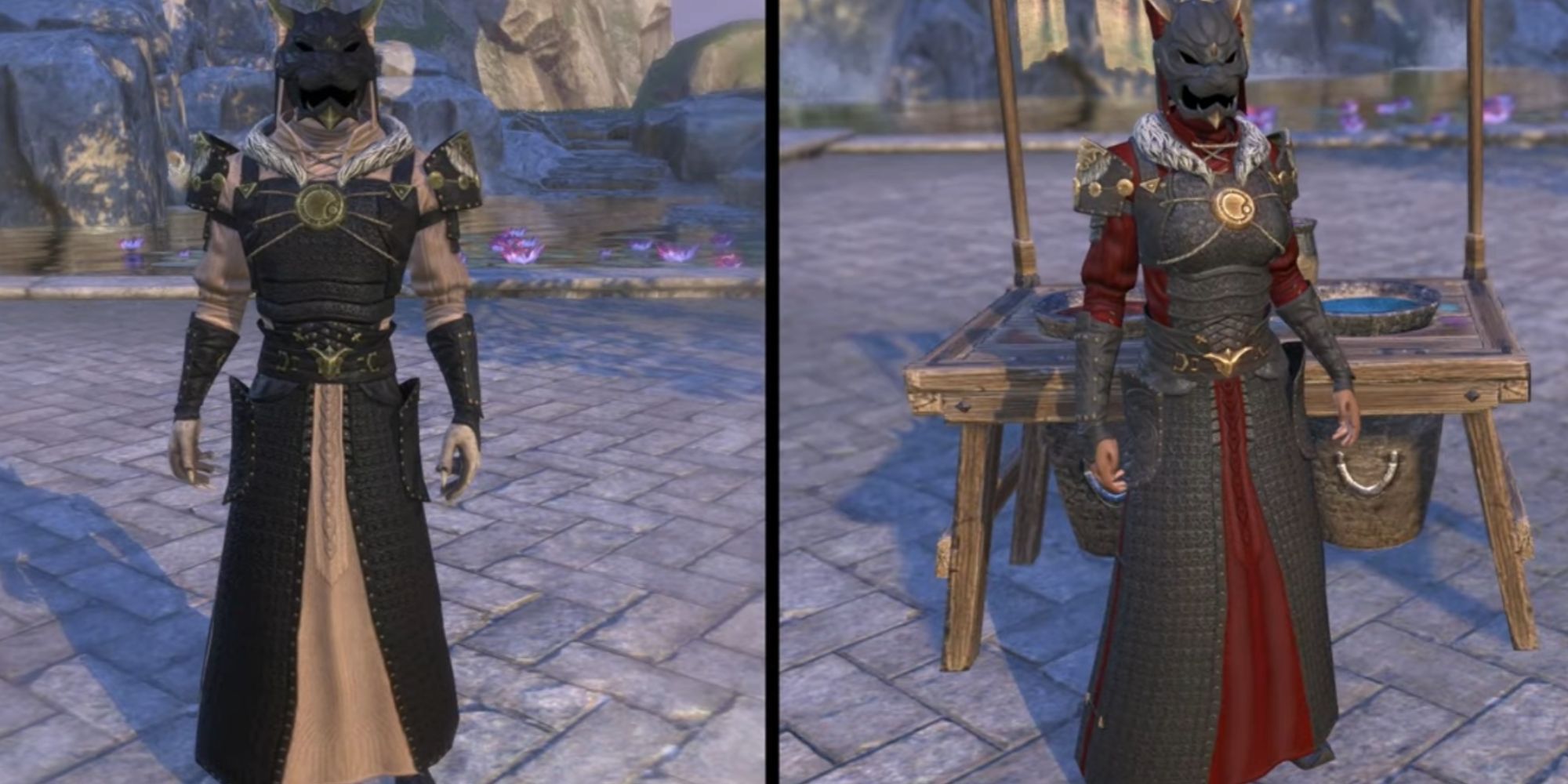 The Hollowfang Thirst set takes certain aspects of the Worm's Raiment and Sanctuary sets and mixes them together for a combination of effects, although the final effect still doesn't offer the exact same abilities as those two sets. The first three effects grant you extra Critical Hit Chance twice and more Magicka.

Hollowfang Thirst will spawn an orb after you deal critical damage or critically heal a group member, which then restores 1750 Magicka to your teammates — along with increasing the healing everyone in the area receives by eight percent. You can collect the Hollowfang Thirst set from bosses inside the Moongrave Fane dungeon. 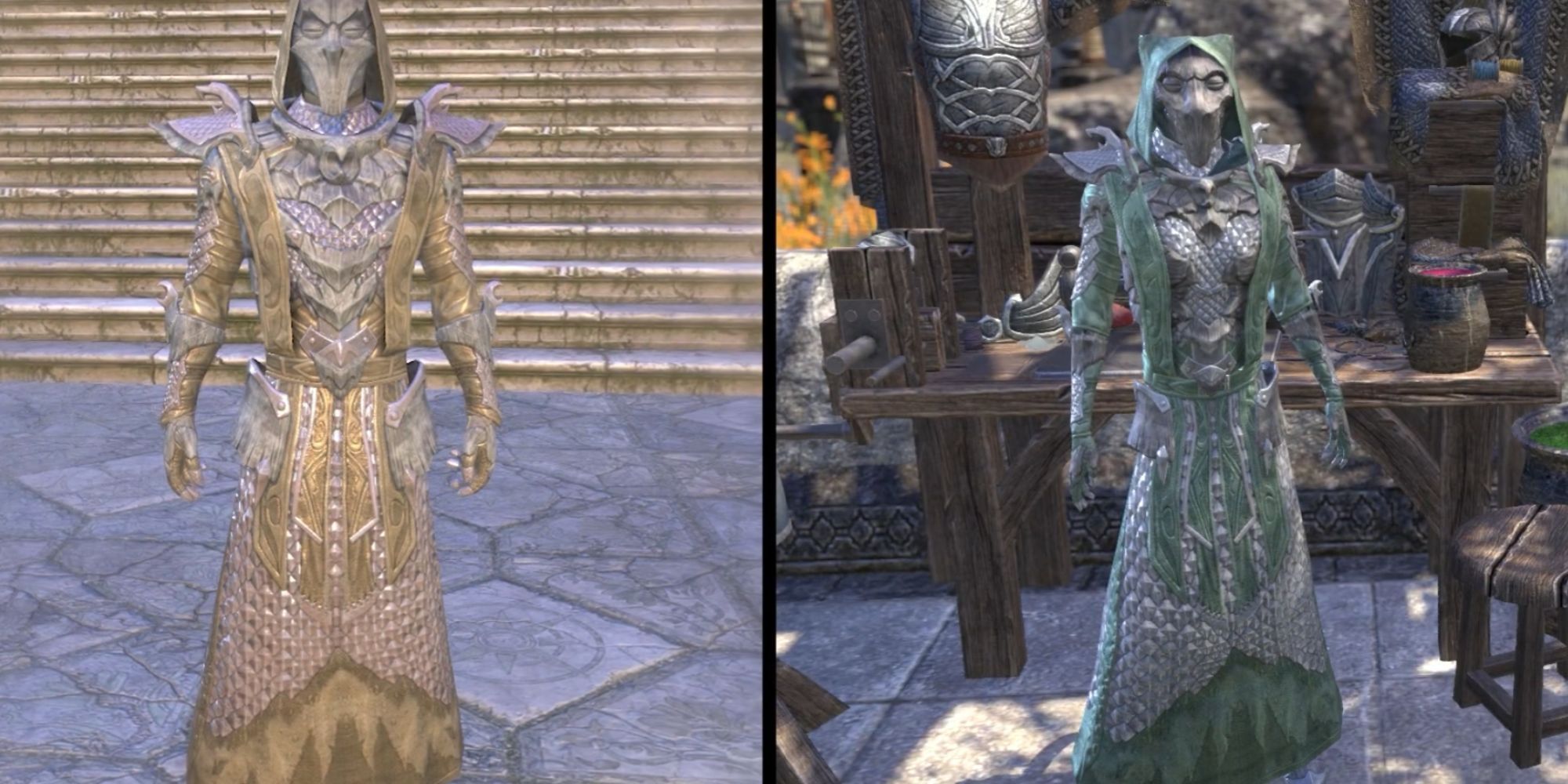 Jorvuld's Guidance is a set that will increase the duration of damage shields, minor buffs, and major buffs you grant to group members and yourself by 40 percent. This increase in length is very useful for certain effects that have a limited length. Your Magicka Recovery and healing output both increase with the Jorvuld's Guidance set, as well.

If you want to collect the Jorvuld's Guidance set, then you need to defeat bosses inside the Scalecaller Peak dungeon on any difficulty. There are lots of great sets to pair Jorvuld's Guidance with, such as the Roaring Opportunist, which you can find out more about below. 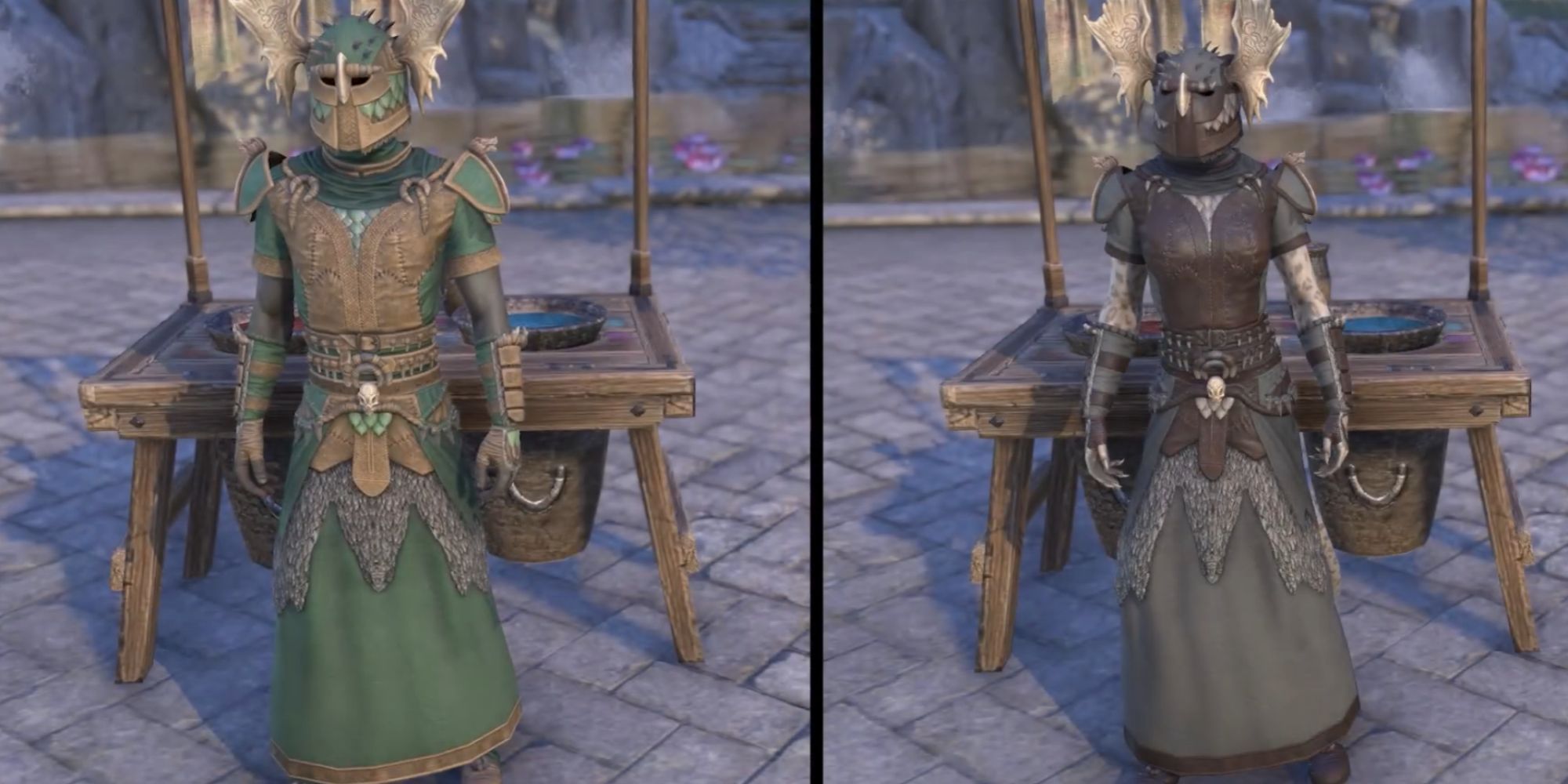 The Roaring Opportunist set pairs nicely with Jorvuld's Guidance because it grants five group members an ability that can potentially last for 12 seconds. With this buff, the affected group members gain Major Slayer, increasing their damage by ten percent in PvE content including arenas, dungeons, and trials. Additionally, Roaring Opportunist includes a Spell Penetration bonus, Minor Slayer, and extra Magicka.

To activate the Roaring Opportunist set's five-piece ability, you need to complete a heavy attack against any enemy nearby. Roaring Opportunist drops from boss fights inside the Kyne's Aegis trial. There's also a perfected version that drops only after defeating bosses in the Veteran version of the trial, and which grants you extra Magicka.