In addition to the game's many regular collectibles, The Quarry features ten pieces of Evidence – one in each chapter – that help put together the last pieces of the puzzle. It's not necessary to collect any of them, but doing so paints a more complete picture of the events leading up to the game.

Some Evidence can be found on every playthrough, while a few pieces are locked behind certain decisions. If you missed any on your first playthrough, this guide will make sure your second trip through The Quarry yields the full story. 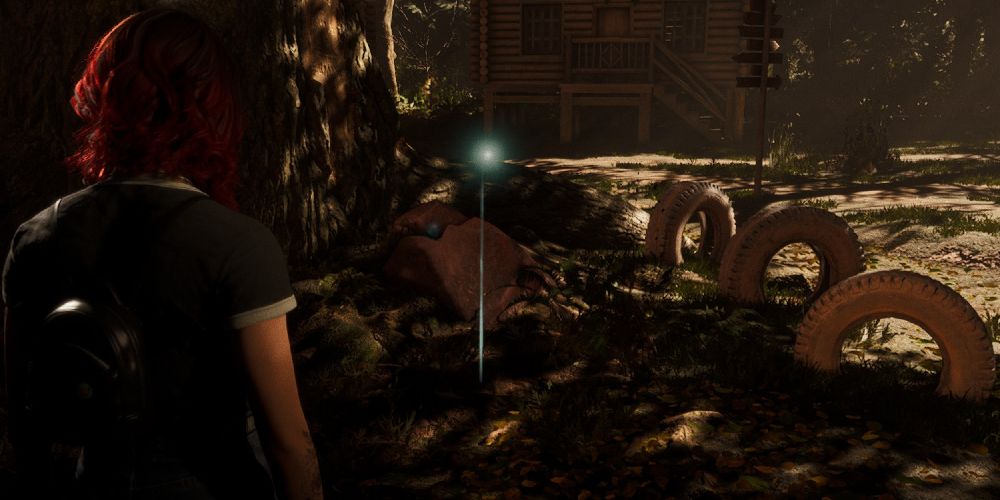 While playing as Abigail, check the large tree with the swing in the center of the cabin circle. You'll find an empty vial filled with traces of a pungent liquid.

If you miss the Empty Vial as Abigail, you can find it as Dylan when you return to the cabins in Chapter Five. This is one of the few do-overs you get in The Quarry, so don't waste it! 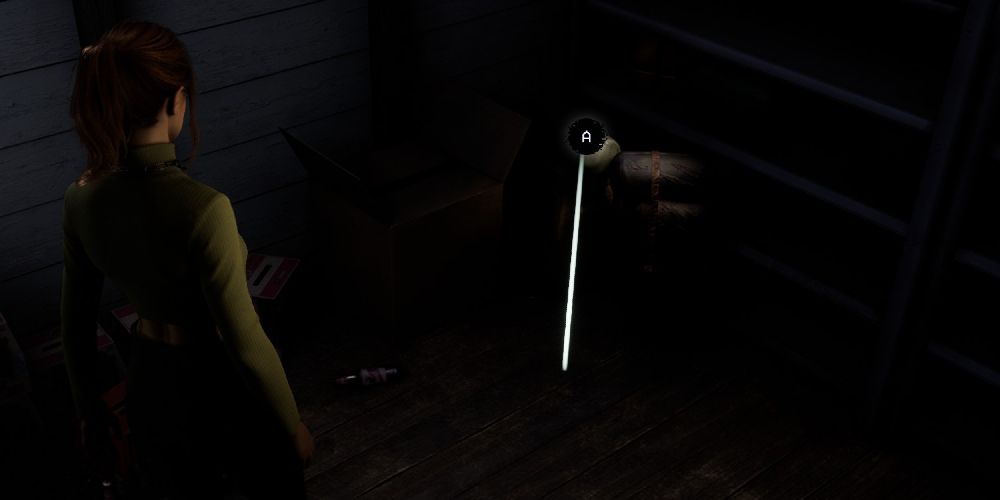 When Emma and Jacob break into the locked room at the back of the General Store, look in the far right corner. You'll find the Torn Bags there. Be sure to inspect them before leaving the room, as you won't be able to re-enter once Jacob stops holding the door. 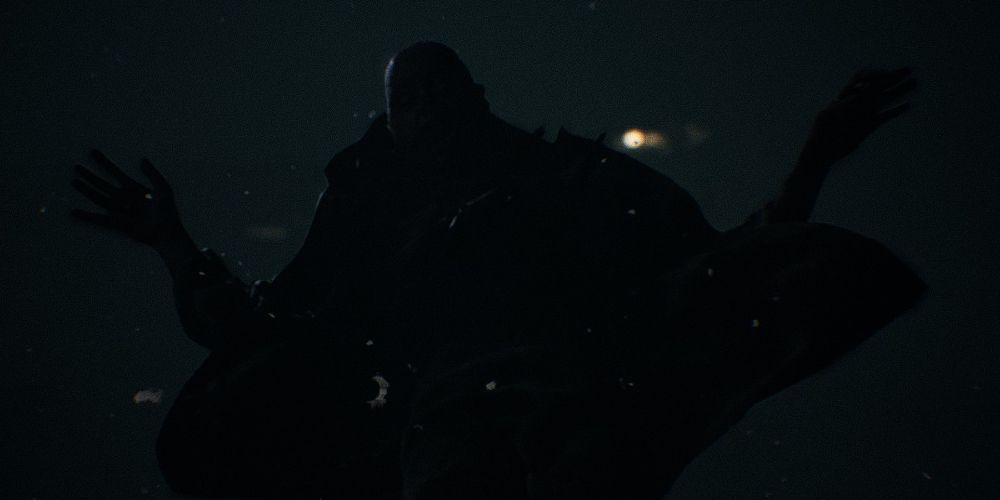 If Jacob stole the rotor arm from the van in Chapter One, he loses it while swimming with Emma in Chapter Three. When you hear Abigail scream in the woods, dive in after the rotor arm instead of going to check on her.

Be ready for a quick-time event to grab the rotor arm before it sinks. If you succeed, you'll automatically find the Bloated Corpse. Failing causes Jacob to surface without finding the body.

However the quick-time event turns out, Jacob loses the rotor arm in the water. There is no actual way to get it back, so don't worry about it. 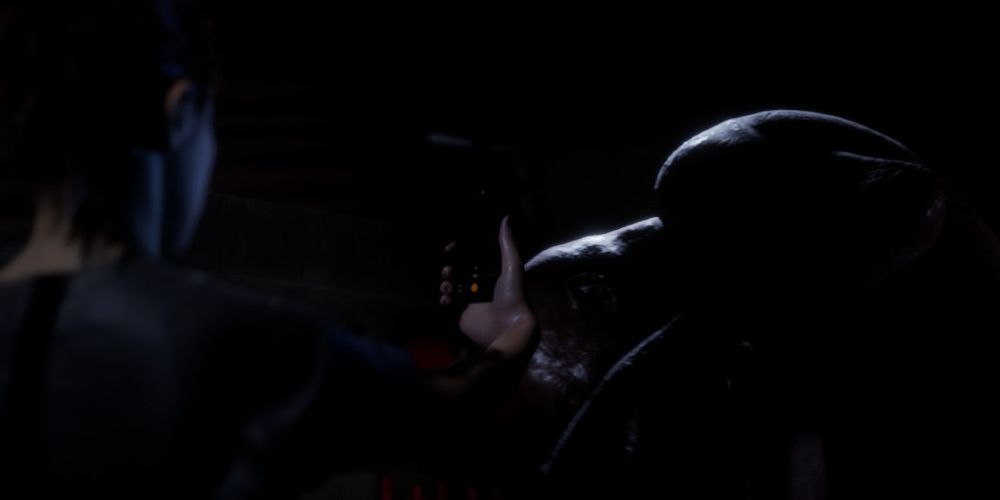 When Emma enters the treehouse, you'll be faced with a decision to search the bags she finds or investigate the sounds coming from above. Search the bags to find some dry clothes, bear spray, and a taser.

Immediately afterward, Emma is attacked by the monster on the roof. Use the taser to stun it, then take the opportunity to snap a quick photo of it with your phone. Taking the photo doesn't impact Emma's chances of surviving the encounter one way or the other, but however it turns out you'll have the Evidence. 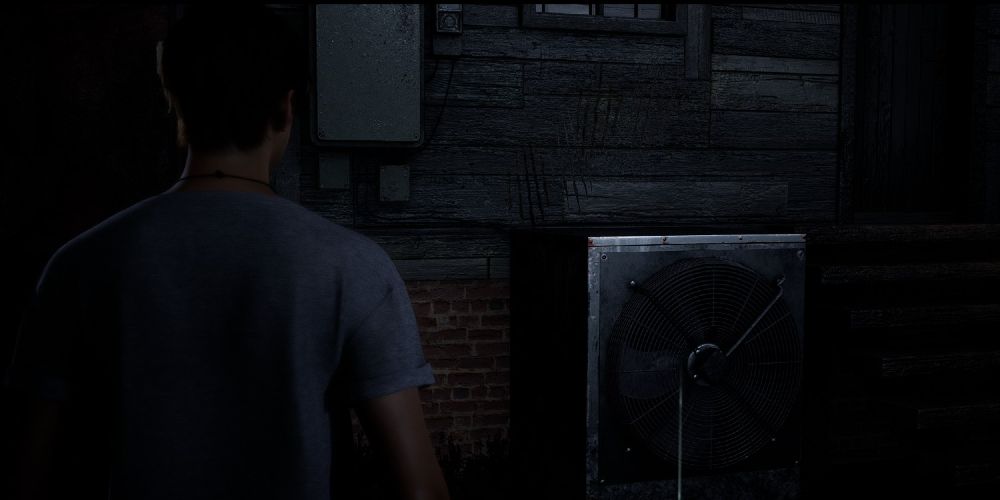 If you missed the Empty Vial in Chapter One, Dylan can find it when he and Ryan are on the way to the radio hut. It's in the same place, hidden in the big tree in the center of the cabin circle.

Before entering the radio hut, look immediately to the left of the door to find large claw marks in the wall. Be sure to check before talking to Ryan a second time or you'll miss your opportunity.

If you went to the radio hut as Abigail in Chapter One, the Claw Marks are in the same spot where a crow was perched at that time. 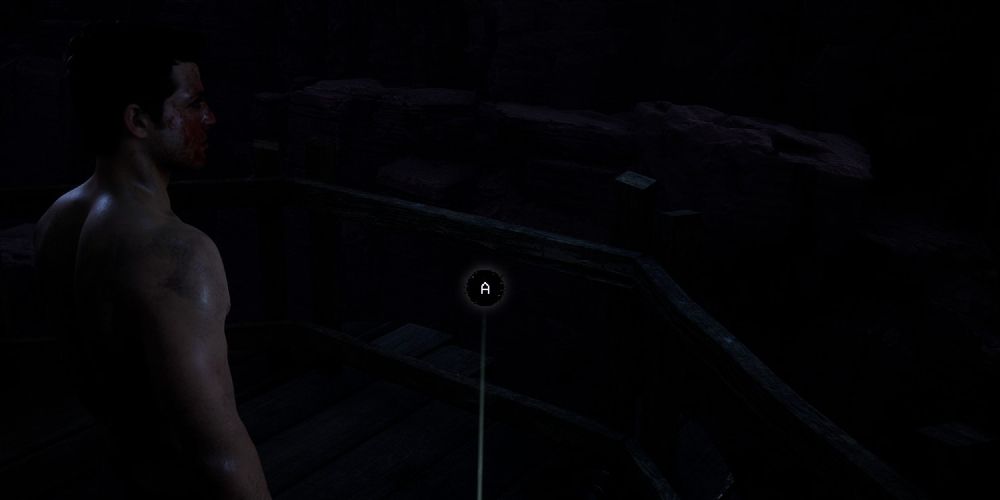 When Jacob is on his way to the island in search of Emma, follow the boardwalk straight ahead until you can't anymore. There will be a camera on the ground to your right, which contains the Memory Card. 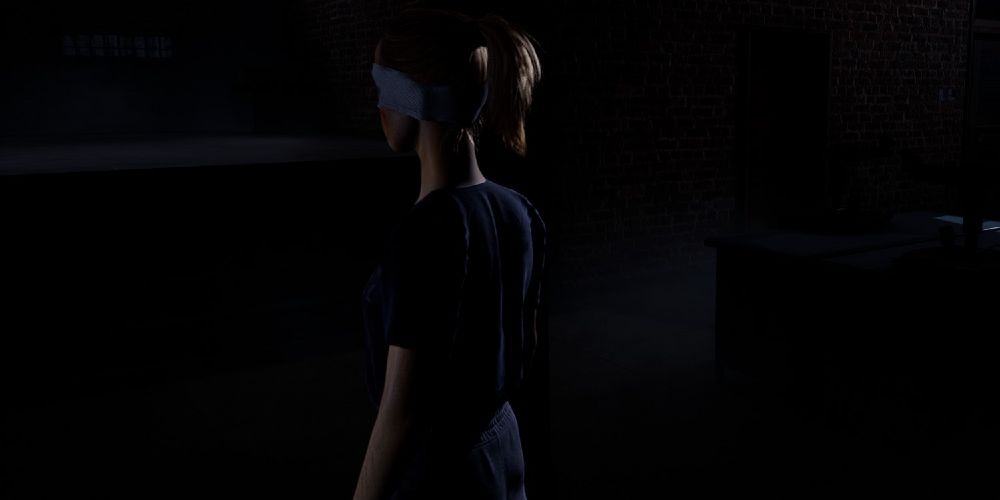 When you're able to explore the police station as Laura, cross to the opposite corner of the main room from the cell block. Up a small flight of stairs, the Cease And Desist Letter will be in the right-hand corner. 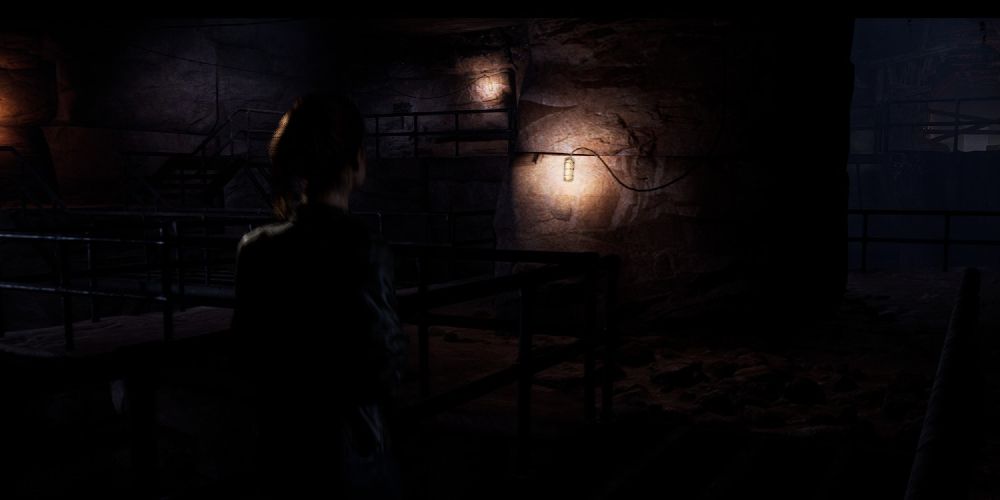 While ascending the abandoned quarry, there will be a quick-time event when the stairs collapse. In the next room after that event, look for a large square pillar. The Scarred Flesh is on the far side of the stone. 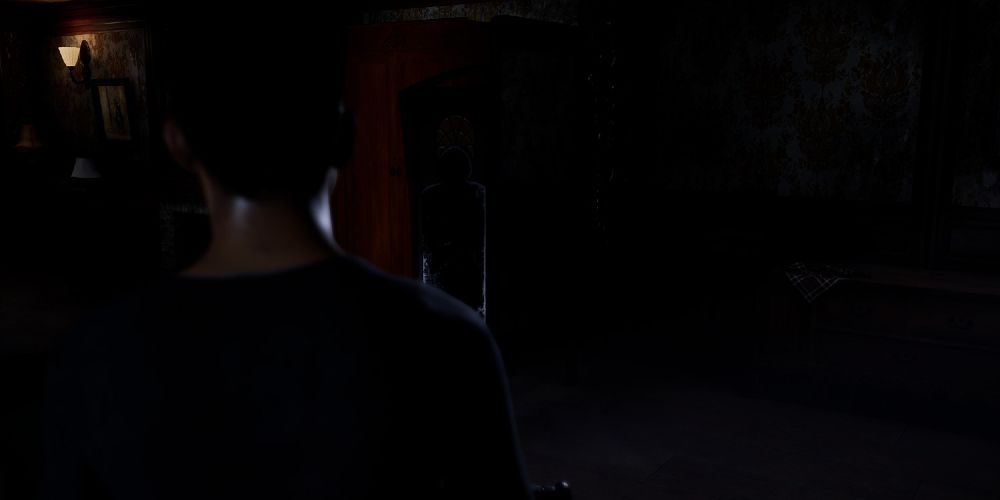 After the encounter with Constance and the family in Hackett House, Ryan emerges from hiding alone. Check near the windows on the far wall to find a letter from Kaylee to Constance. It's to the right of the large brown cabinet. 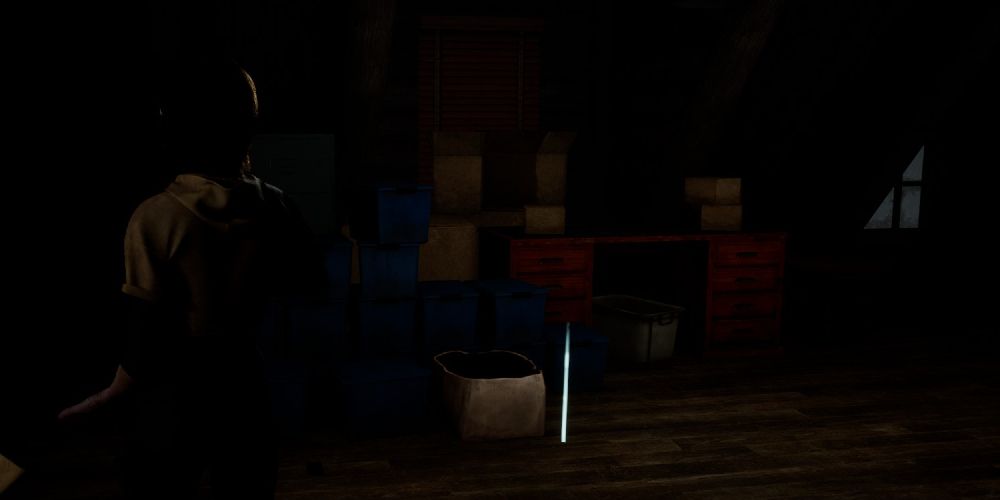 When Kaitlyn returns to the Lodge in Chapter Ten, go upstairs to the far side of the building. Enter the adjoining room (the classrooms) and climb the stairs there to reach the attic.

In the attic, look to the left to find a large number of VHS tapes. Inspect them to find the final Evidence and, if you've found all the others, unlock the Conspiracy Theorist Achievement / Trophy!