There are five styles of Feline Armor to be found and crafted in The Witcher 3: The Wild Hunt. The Standard, Enhanced, Superior, Mastercrafted, and Grandmaster Feline Gear requires diagrams that are scattered throughout Novigrad, Velen, Skellige, and Toussaint.

This guide will direct players in aiding the Witcher in finding and crafting all Cat School Gear. 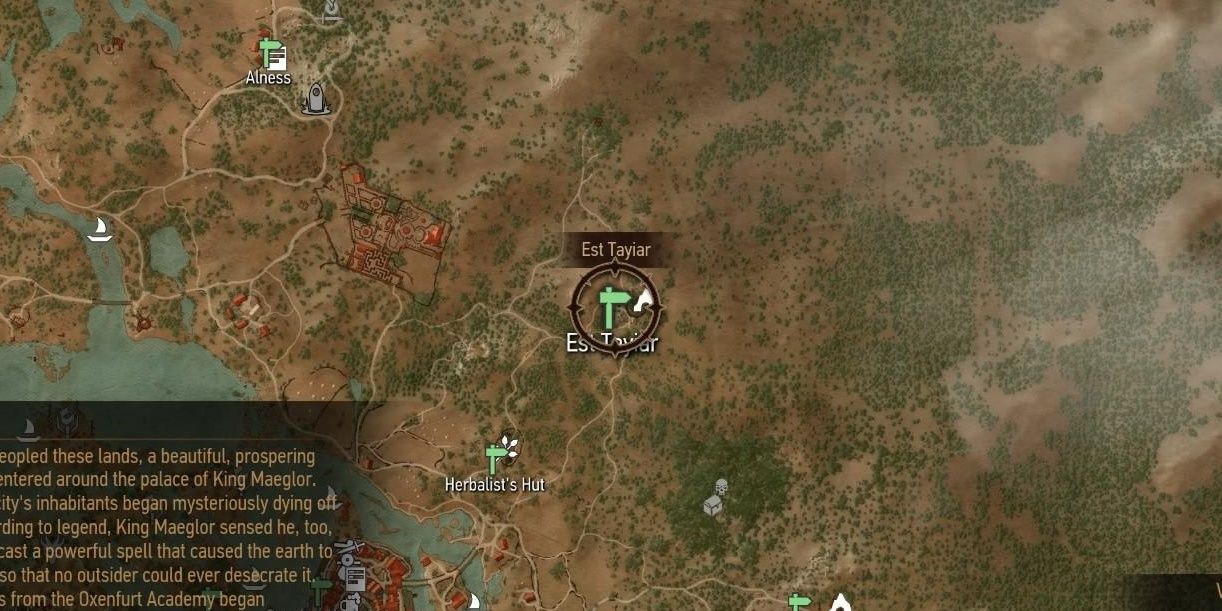 Travel to the Est Tayiar marker in Novigrad and head up the set of stairs and through the structure and inside the underground tunnel. Using Aard to smash the brick wall on the right, the diagram for the sword can be found on the floor on the other side of the wall. In order to craft the silver sword, The Witcher will need leather straps, silver ingot, ruby dust, and a monster’s eye. 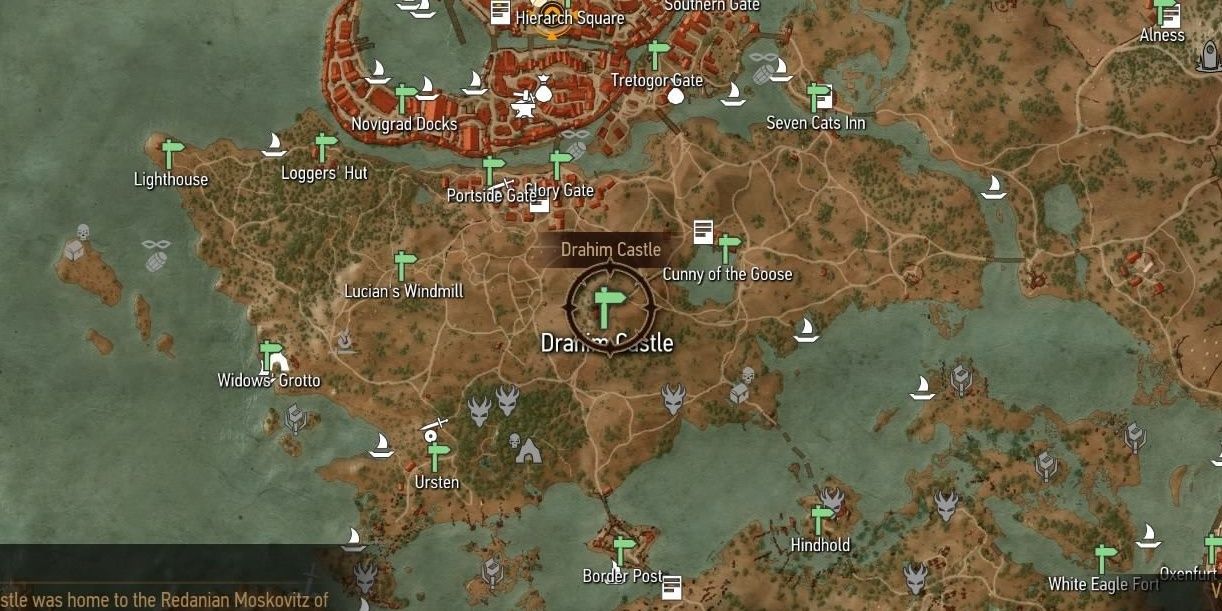 Head inside Drahim Castle inside Novigrad and climb down the two ladders. Inside a chest on the bottom floor is the diagram to craft the Feline steel sword. Geralt will need 1x leather straps, iron ingot, ruby dust, and monster saliva. 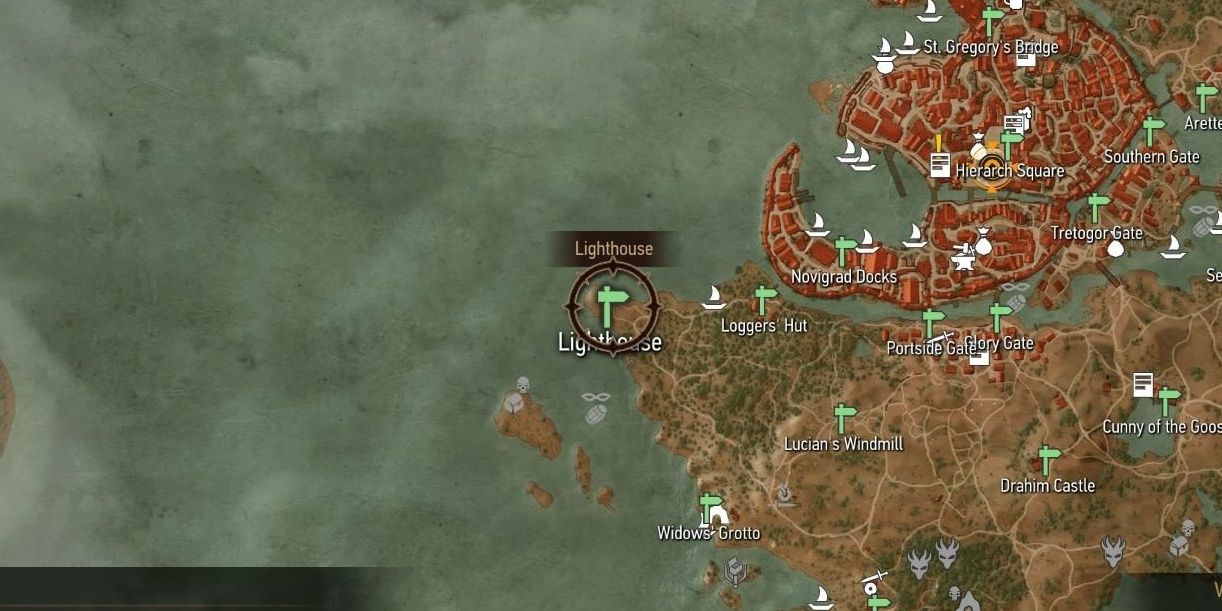 In Novigrad next to the island where the Lighthouse marker is a sunken boat. Swim on board and drop through the deck to find a chest with the Feline crossbow diagram hidden inside. Collect hardened timber, a monster bone along with hair, wax, and dark iron ore to craft the crossbow. 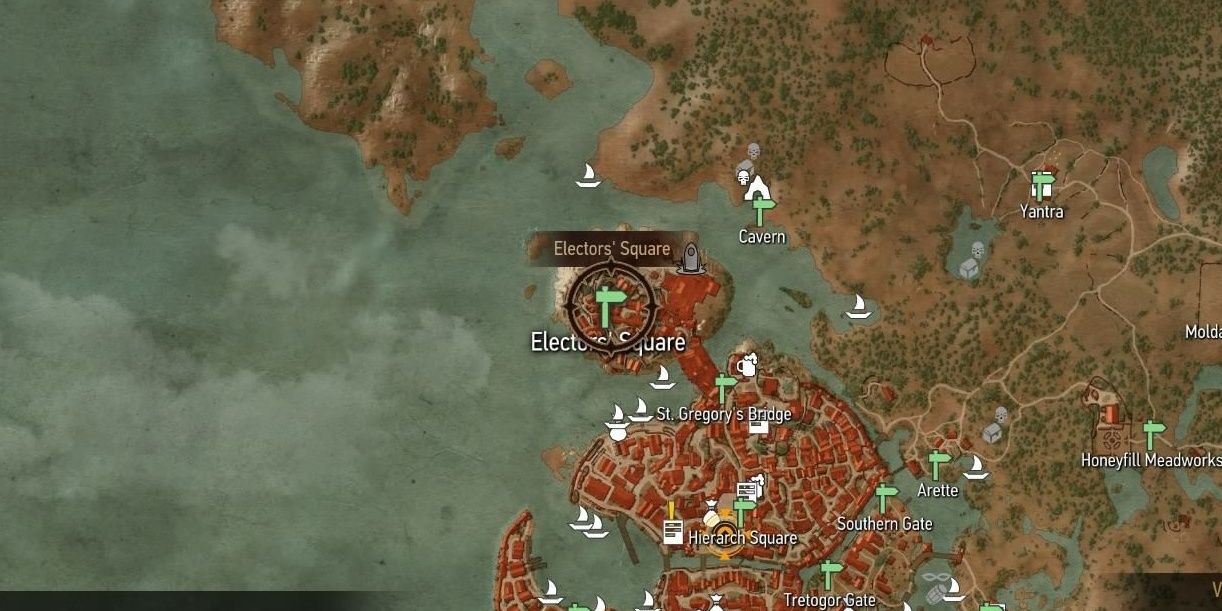 Travel to the Elector’s Square Marker in Novigrad and head towards the left side of the area overlooking the water. Follow the path between the houses and cliffs before dropping some rocks and locating the cave. Using the Eye of Nehaleni to uncover the hidden door, head inside and either defeat the Gollum inside or sneak past it through the left side following the pathway until reaching a ring of statues.

Interact with the levers on the wall until all of the statues are facing inwards which will cause a door on the floor to open up. Deal with the wraiths that appear and drop down into the water. Once the family of drowners been taken care of, dive down to the bottom and pick up the Laboratory key and then return to the main area where the Golem was found earlier. Behind the creature is the locked door matching the key. Waiting inside is an enemy known as Mad Kiyan who is holding the diagrams for the trousers and gauntlets. 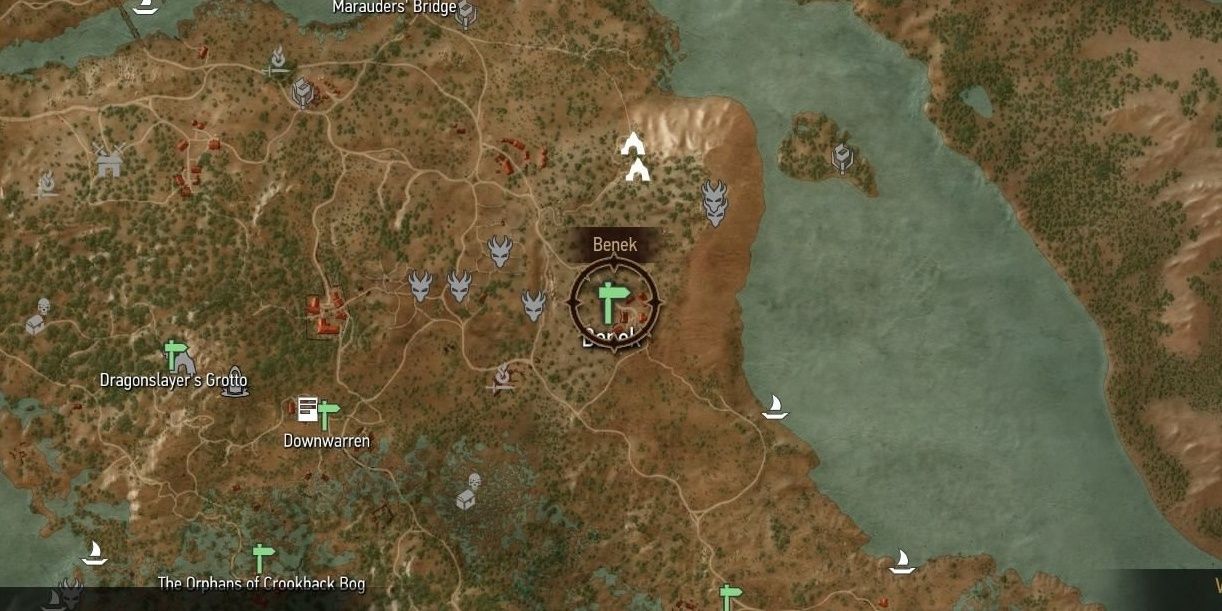 Inside the cave above the Benek Marker in Velen is a piece of Enhanced Feline Gear. Directly to the right inside the cave is the chest containing the diagram for the Enhanced Boots.

Travel to Reardon Manor in Velen and head towards the cave above and to the right of the marker. Along the left cave wall is a chest sitting in a corner with the diagram to craft the enhanced version of the steel sword. 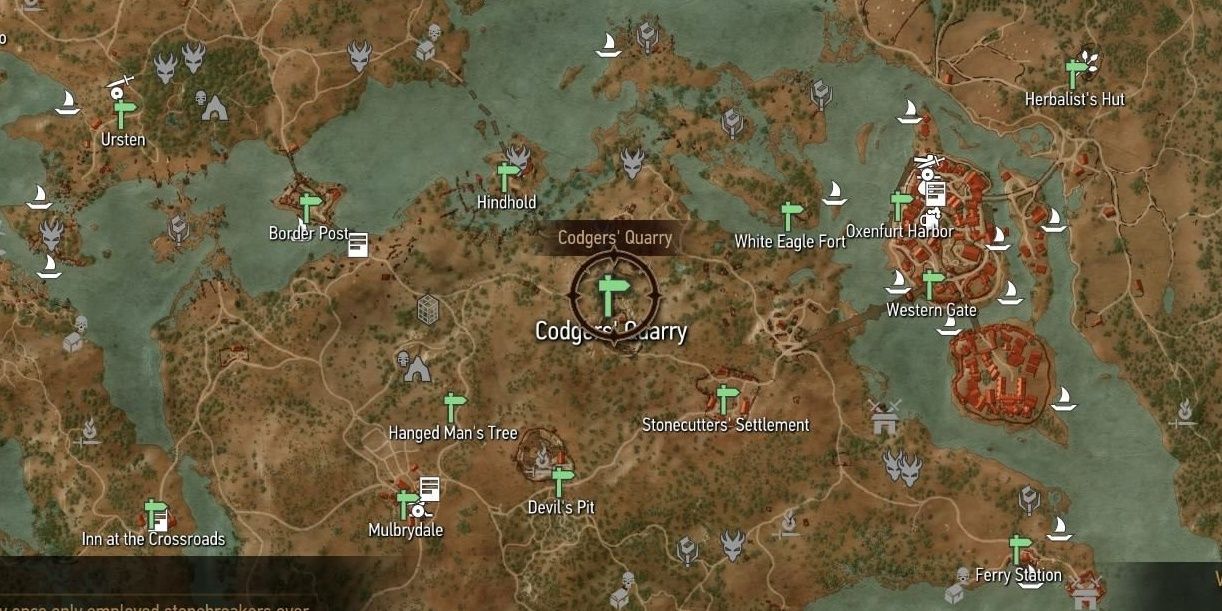 Underneath the wooden scaffolding at Codgers Quarry is the chest containing directions on how to craft the enhanced gauntlets. 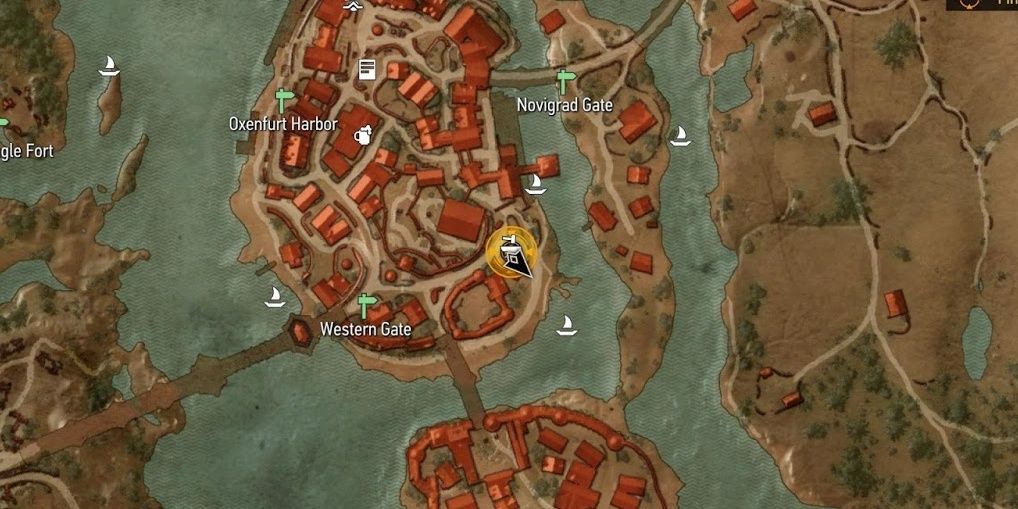 Go across the Novigrad Gate and head inside the house directly behind the Blacksmith. Down the stairs and down the ladder leading to the basement.

Look for a lever on the wall using Geralt’s Witcher senses opening the hidden door which unveils the location of the diagram for the trousers. 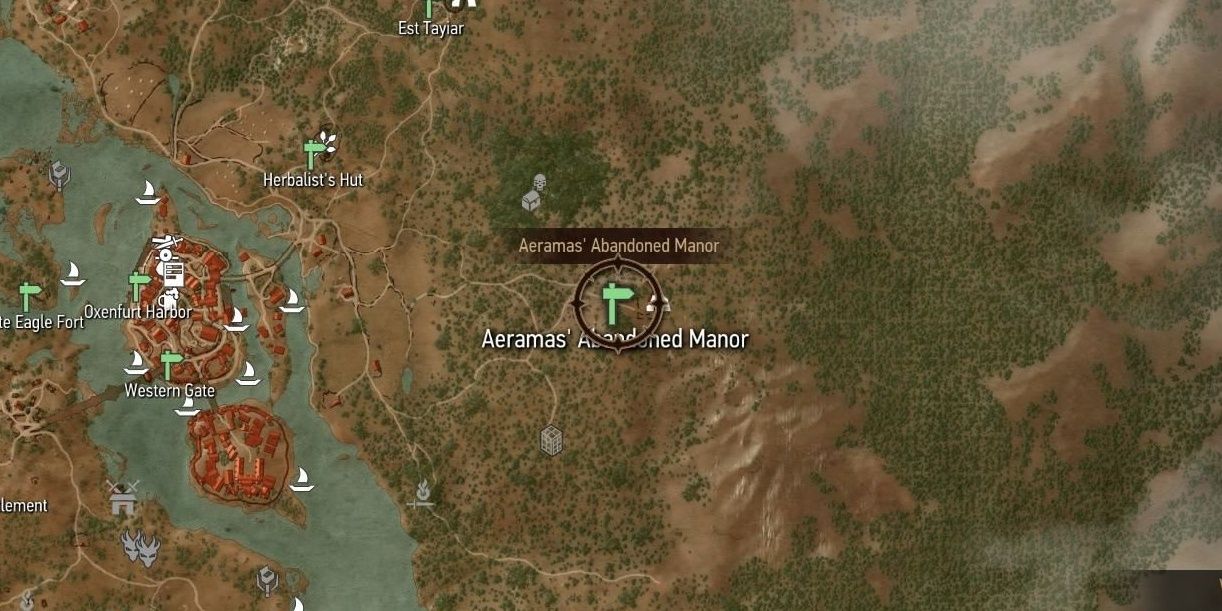 Travel to the Aeramas’ Abandoned Manor in Novigrad and a chest with the diagram can be discovered next to the bookshelf inside the burned building. 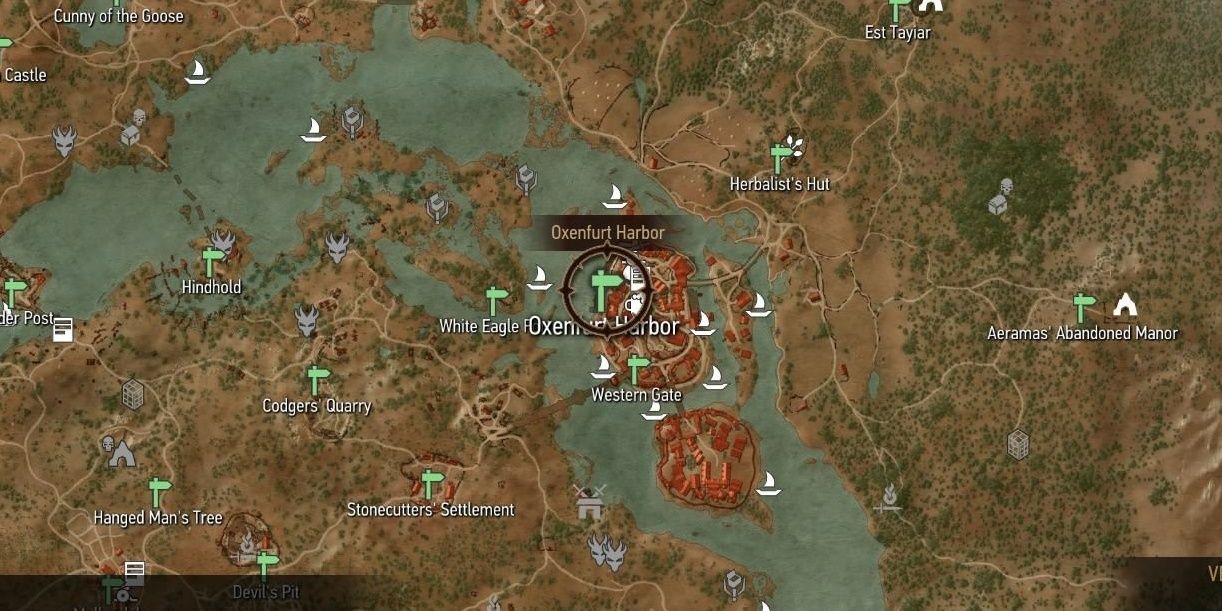 Leading into Novigrad using the Oxenfurt Gate near the harbor is a ladder tucked away being some trees directly across from the entrance. Climb up and head through the door. Up the stairs and against the wall is a chest containing the diagram for the sword. 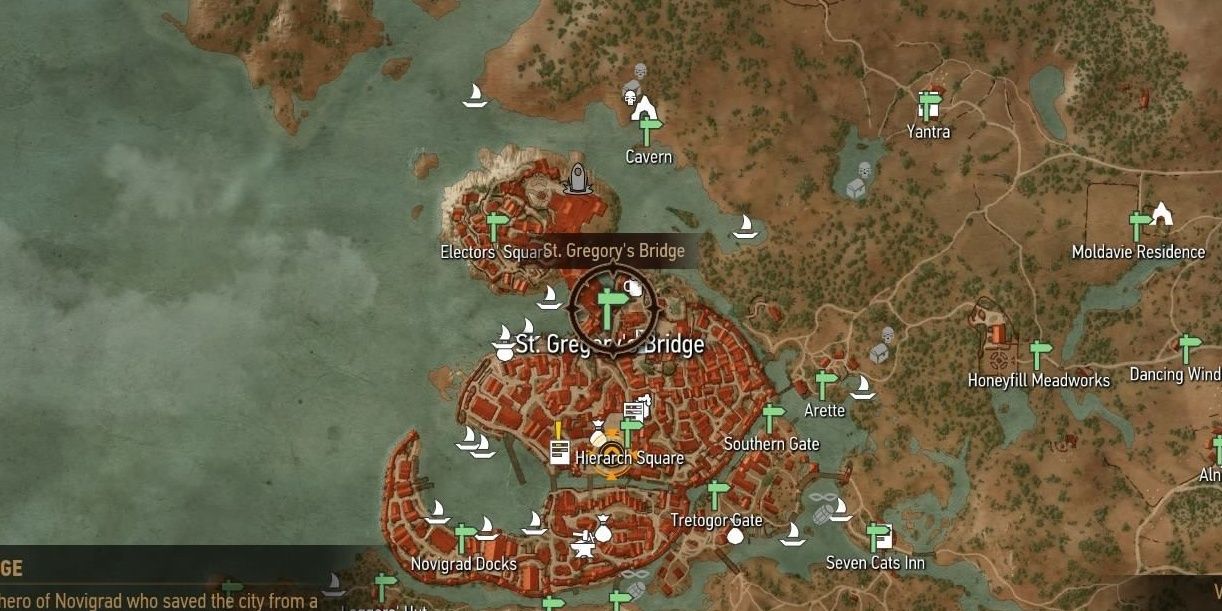 Above St. Gregory’s Bridge is the Cavern marker. Just ahead of the marker an underwater cave which will lead to the chest. Loot it to collect the diagram for the superior weapon. 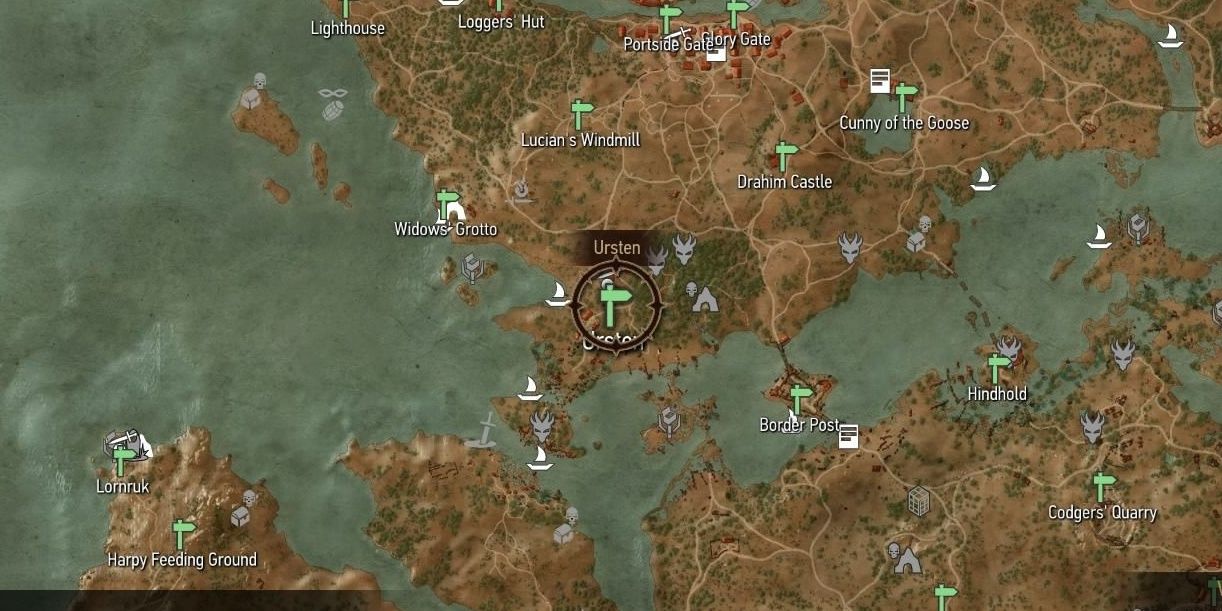 Visit the Monster Den next to the Ursten marker in Novigrad and take care of the surrounding creatures and head inside the nearby cave.

Climb up a small ledge and use Witcher senses to locate the loose rock and blast through using Aard. On the other side is the chest holding the silver sword diagram. 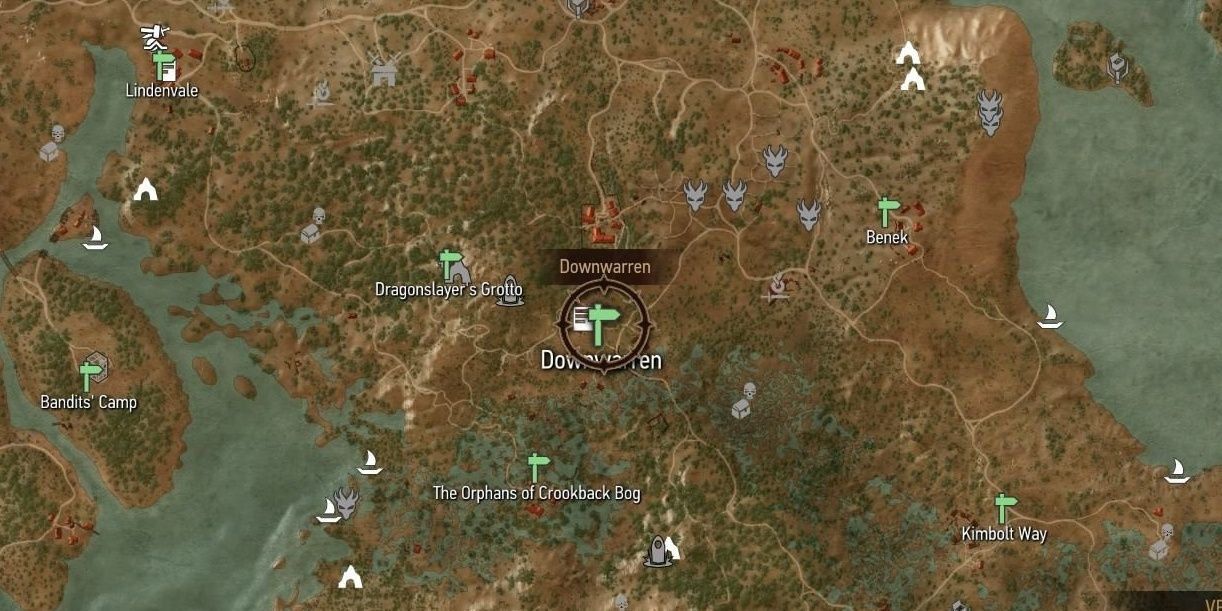 Directly to the left of the Downwarren marker and alongside the shore is the ruined foundation of an old building. Tucked away in the corner is the chest holding diagrams for the superior Feline armor, gauntlets, trousers, and boots. 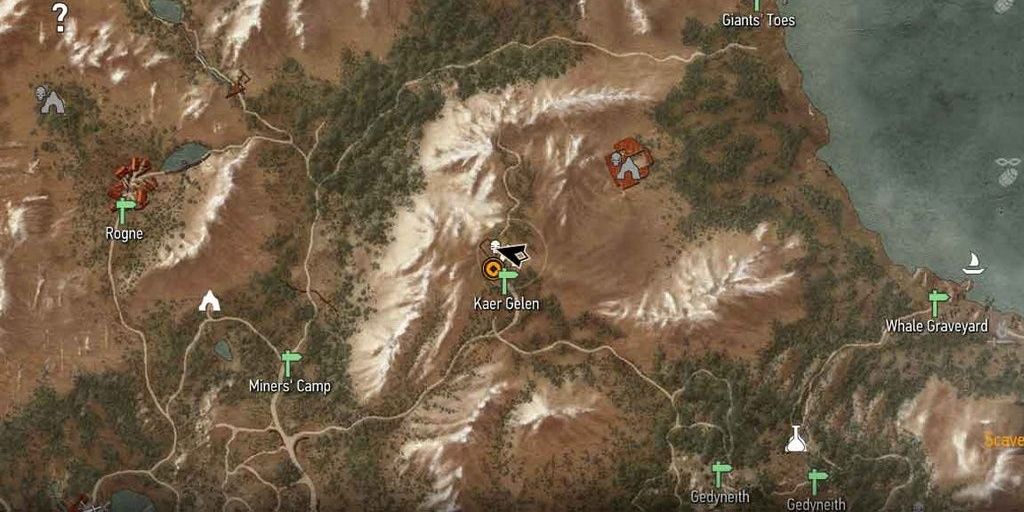 Once in Skellige, head to the Monster Den near the Kaer Gelen marker. Walk inside the collapsed building and up the stairs leading to a small area hiding the chest with the diagram inside. 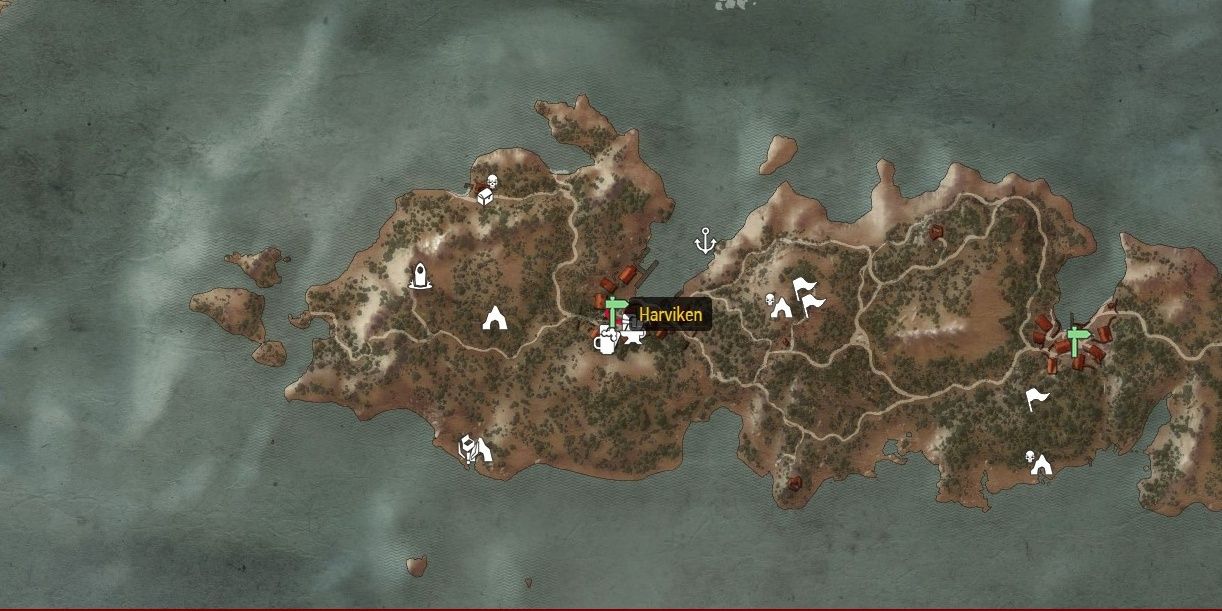 Travel to Harviken on an island in Skellige and walk to the Monster Den to the right of the marker. Enter through the small cave and use Geralt’s telekinetic blast to break open the broken wall. Inside is where the sword’s diagram can be found. 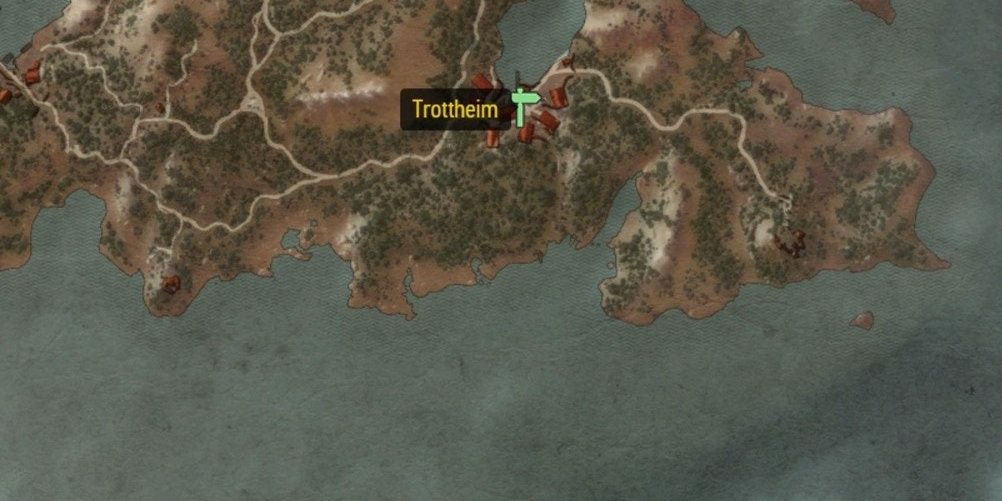 The third and final chest contains the rest of the Feline gear. On the same island directly underneath the Trottheim marker is a second Monster’s Den. Swim inside and head straight until a chest containing the four diagrams appears. 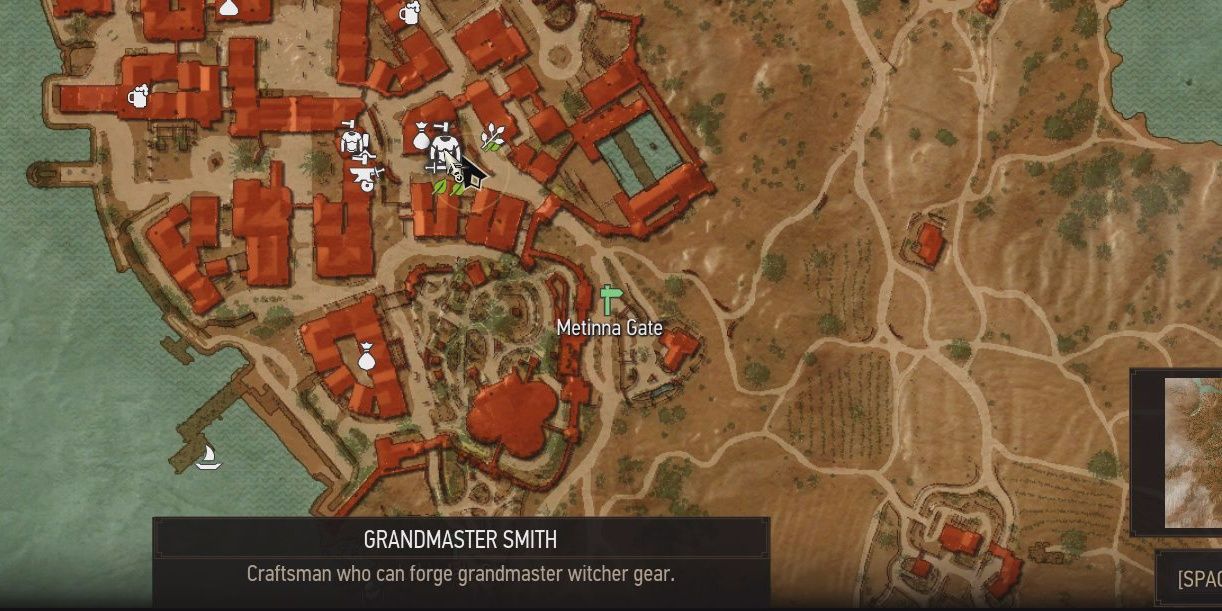 The Grandmaster armor can only be accessed through the Blood and Wine DLC with the Grandmaster Smith found near the Metinna Gate. While in Toussaint, head to the right of the Arthach Palace Ruins until discovering a large fort.

Walk around to the back until finding a wooden structure to climb up and over the walls. Take care of the guards inside that will trigger a cutscene. Following the brief interaction, head inside the building next to the blue tower and find the diagram behind a painting hung on the wall. 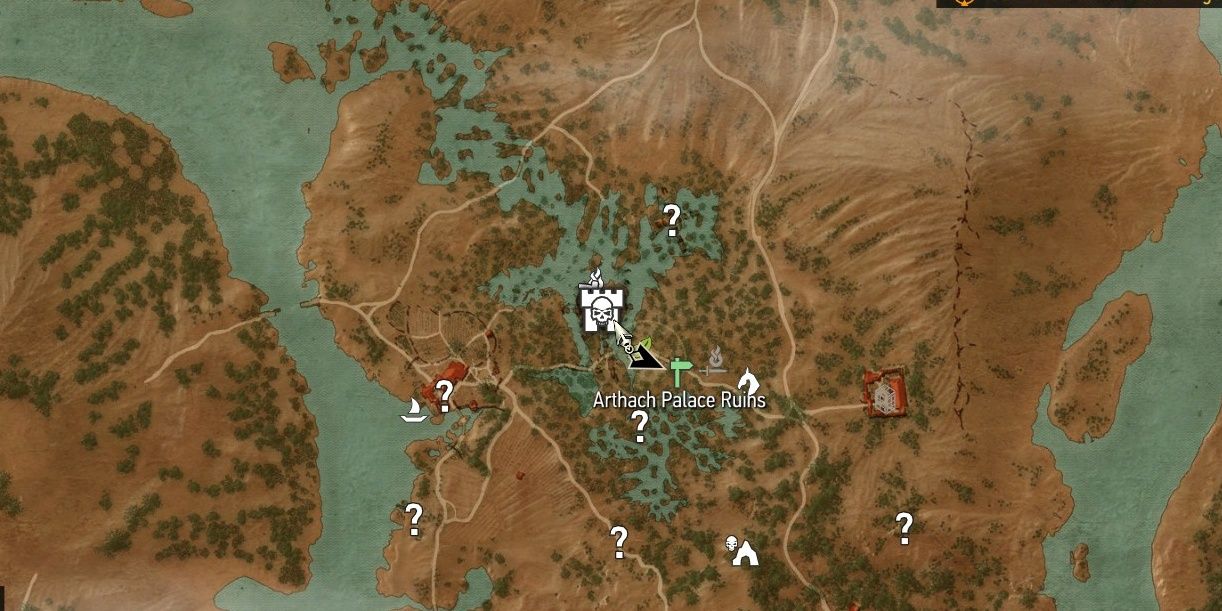 The pair of diagrams needed to craft the trousers and boots can be found at the Hanse Base. Once there, take care of the army of enemies and go up the stairs through the archway inside the ruins. Head right and the chest can be found sitting next to the campfire. 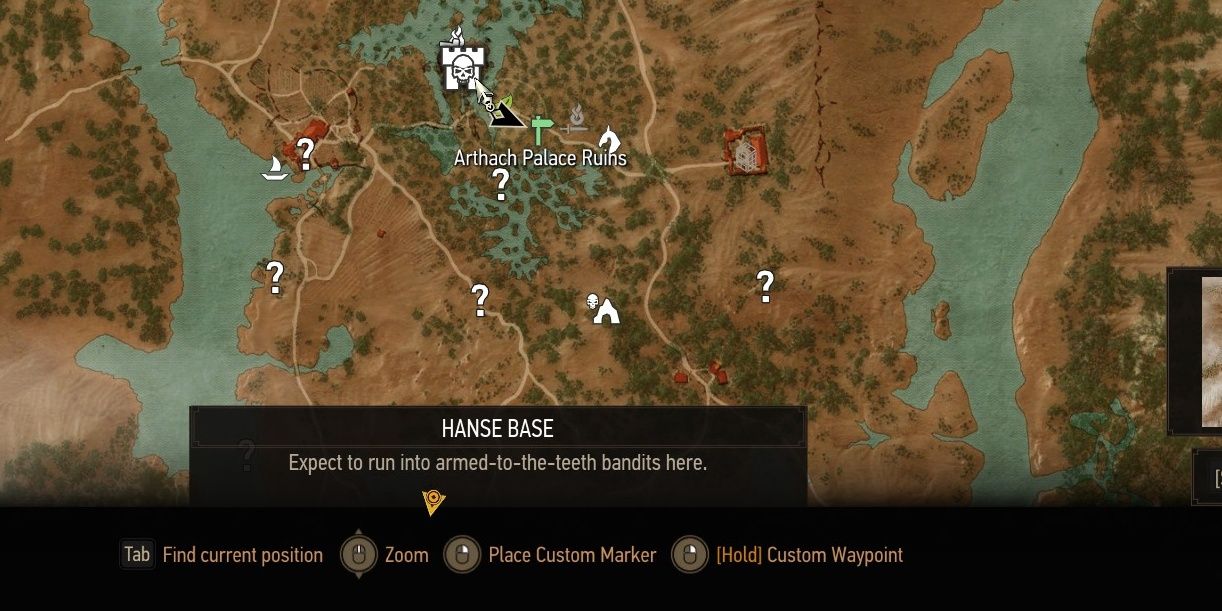 Directly underneath the ruins at the Hanse Base is a Monster Den containing the diagrams for both grandmaster swords and the gauntlets. Head inside the cave and use Witcher Senses to find the chest straight ahead.

NEXT: The Witcher 3: The 15 Best Armor Sets, Ranked 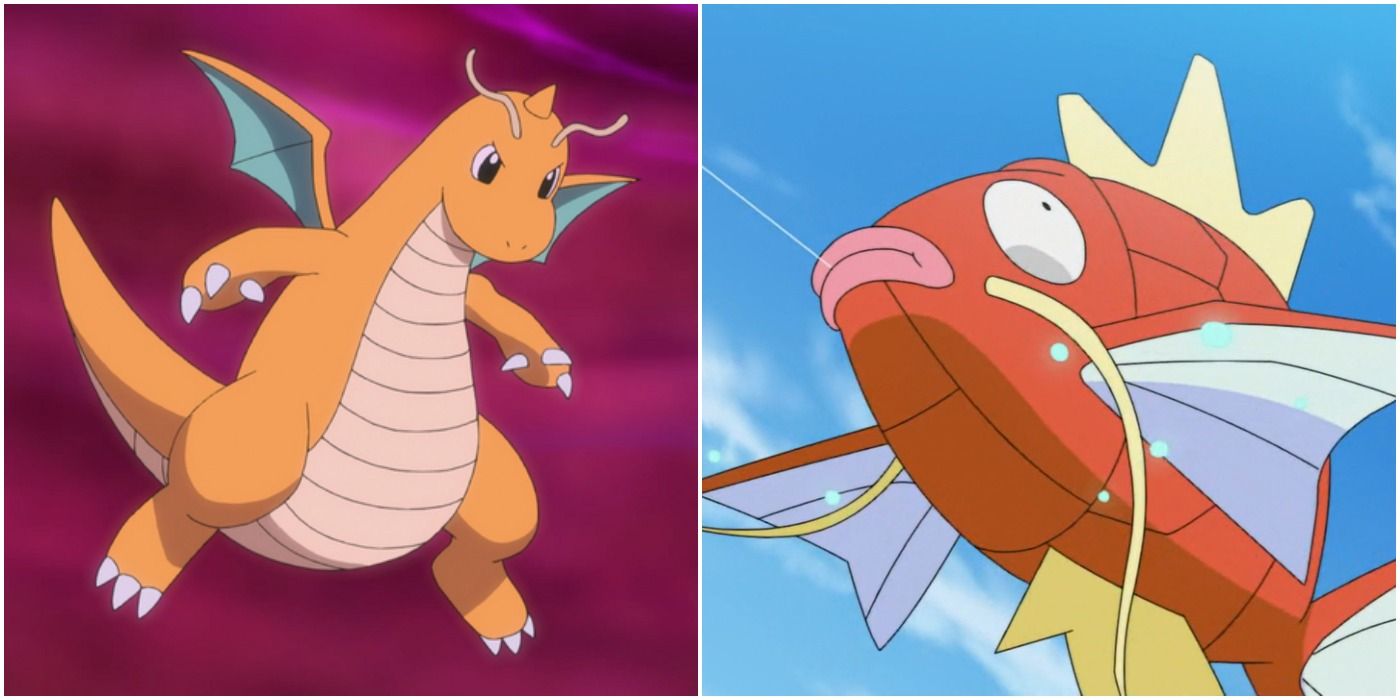 Jesse Benoit is a gamer, writer and video assistant for the Queen’s University athletic department. Located in Kingston Ontario, he has been an editor for gamingrunts, He has recently added writer for TheGamer to his resume. Graduating a Sports and Entertainment, Sales and Marketing program he is now aiming to build upon his experience.