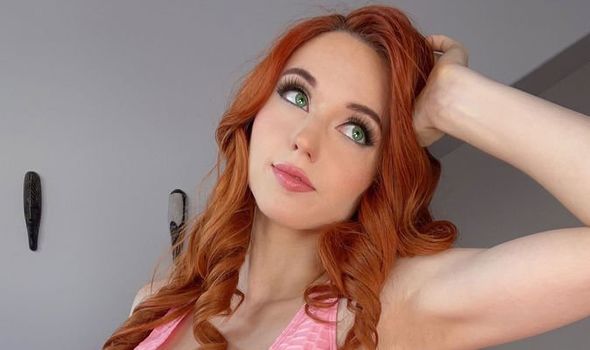 Twitch star Amouranth has revealed her jaw-dropping monthly earnings. The streamer – whose real name is Kaitlyn Siragusa – earns a staggering $1.3million each month. At the current exchange rate, that’s just shy of £1million (£950,000).

To put this in perspective, Lionel Messi – one of the most famous people in the world – is reportedly earning around £2.47million each month at his new club PSG.

However, this is Messi’s take home pay after tax – with bonuses on top of this.

Even so, Amouranth is still earning a staggering amount each month that most of us can only dream of.

But, interestingly, the biggest earner for the 27-year-old is not the platform that launched her career.

Mia Karina reveals she's made her 'first million' on OnlyFans

Twitch, TikTok and YouTube make up $133,000 of Amouranth’s monthly pay.

While Siragusa also gets $189,000 per month from her Patreon page.

But the biggest earner for Amouranth is her OnlyFans page – which brings in over $1million each month, according to Dexerto.

On it the streamer wrote: “HEY! Are you a creator on OnlyFans or know an ØF creator? (share this with them).

“JOIN @realFanslyUSING MY REFERRAL BELOW! I’d be happy to get u up to speed or share some of my tips that helped me get my monetized platforms to $1.3million/a month net!”

Responding to this one fan asked: “$1.3 Net PM?!?! Surely you’re not serious?! So you’re pulling in $15.6 Net PCY?! How many platforms is this across, and what’s your traffic monthly?”

To which Amouranth responded: “I’m glad you asked, I did a wide ranging interview and it has screenshots has breakdowns of everything you’d want to know”.

The interview Amouranth talks about can be found on the Investment Talk website.

In the article Investment Talk said: “Highlighting an understanding of how the business of content creation works, the product funnels, and an interest in capital preservation and accumulation through high savings rates and investments, I felt this would be a great way to potentially reduce the stigma of this industry, and the creators who lie within it.

“At first, I wanted to make this a deep dive into the business of OnlyFans, with an interview to spray around the body of that work.

“Instead, the interview stole the show, so I wanted that to be the centrepiece of this article today.”