Untitled Goose Game is one of my favourite indie games. There's a place for the huge, sweeping 100-hour long experiences games offer these days, but a few hours of fun where I can play a game from start to finish is always appreciated. Untitled Goose Game offers you a lot of physical comedy, satisfying puzzles that you can click into place with a little bit of trial and error, and for all it's set in a small and sleepy village, a lot of varied settings. But the main reason it's so great is because of Margaret Thatcher.

This is perhaps the only thing Margaret Thatcher has ever improved. As the immortal saying goes, 'The problem with pissing on Margaret Thatcher's grave is that eventually you run out of piss'. For those of you in the US wondering who Thatcher is, she was our Reagan, but she was worse. Prime Minister from 1979 until 1990, Thatcher is perhaps the most influential post-war PM, and many of the worst political ideas today are either directly descended from her or an attempt to develop her ideas. Thatcher was an individualist, and believed society should do nothing to look after any of its people, except to tax them and to give that money for the businesses – for you see, without business, a country is worthless.

Thatcher destroyed the working class of the country with harsh policies, heavy taxations, and an almost complete annihilation of welfare. In doing so, she also destroyed the Labour party, who adopted a 'can't beat 'em, join 'em' attitude, forcing Labour away from the Left and into the Centre, as she pushed further to the Right. Since Thatcher, the only true Labour leader the party has had is Jeremy Corbyn, who was massacred by the right-wing press and replaced by another Centrist. What you might be wondering though is what any of this has to do with Untitled Goose Game. 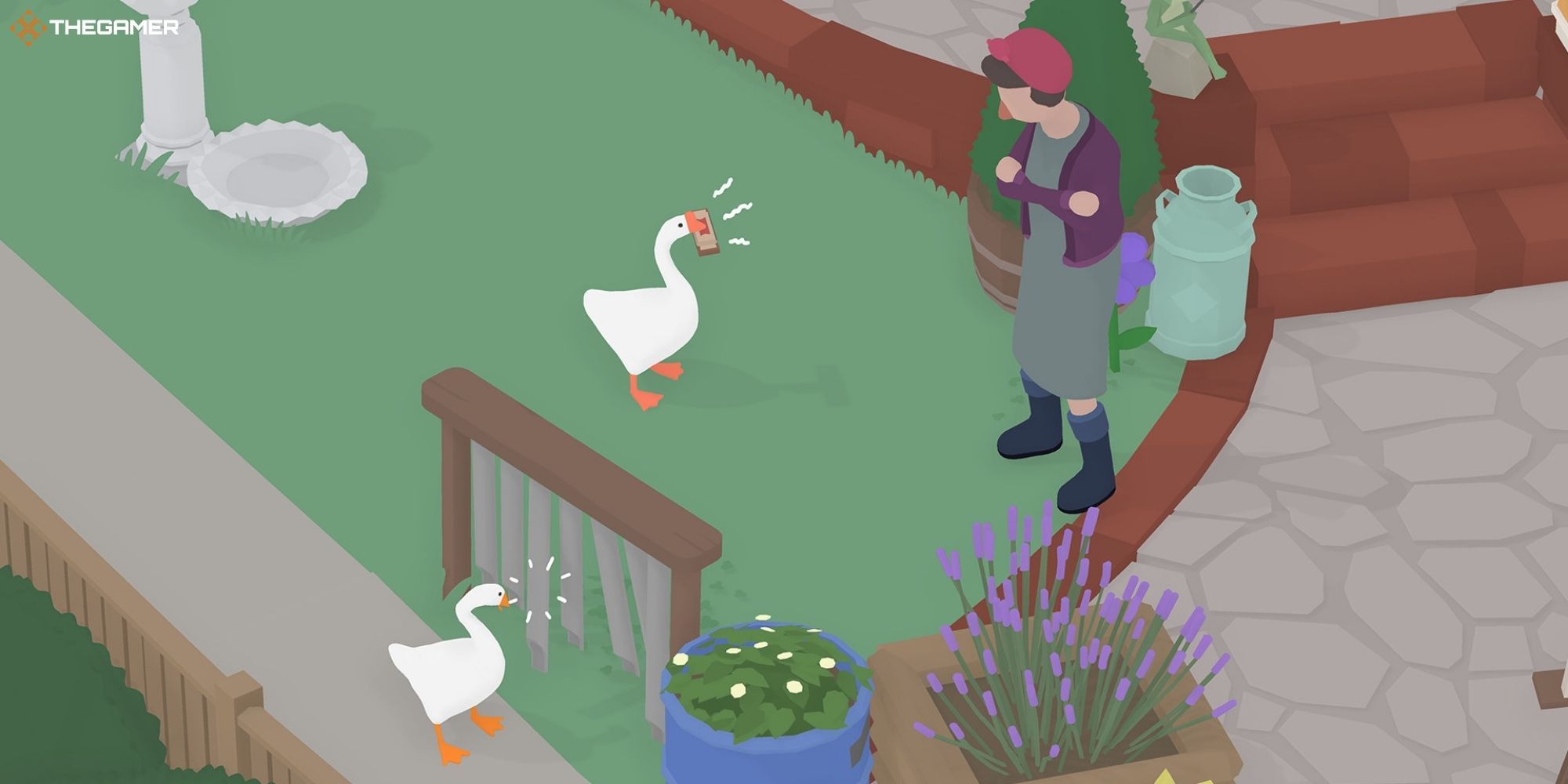 Canonically, if a little tongue in cheek, developers House House have claimed the game takes place in an alternate reality wherein a goose (possibly our goose) chased Thatcher out of office, causing her to be replaced by Tony Benn. I'm oversimplifying, but for the Yanks, let's say he's our Jimmy Carter, except more of a socialist. Various theories have been offered as to the allegiances of the villagers themselves, ranging from Brexiteers to Marxists, but I've always thought of it rather simply – the villagers are Thatcher voters.

As middle class residents of a posh village town in the south, they certainly fit the brief. They seem nice enough most of the time, getting on with their lives, but that's exactly the point. Through the eyes of the goose, we see them as the enemy – as we should. We know these people in real life. They smile at you. They're polite and well dressed. Their children are well behaved. They take in your post if you're not around, they put your bins out when you're on holiday. They'll stop and have a chat, and tell you it's lovely weather we're having. They send you Christmas cards. They voted for David Cameron. They voted for Theresa May. They voted for Boris Johnson. They'll vote for Liz Truss or Rishi Sunak. They're bastards. 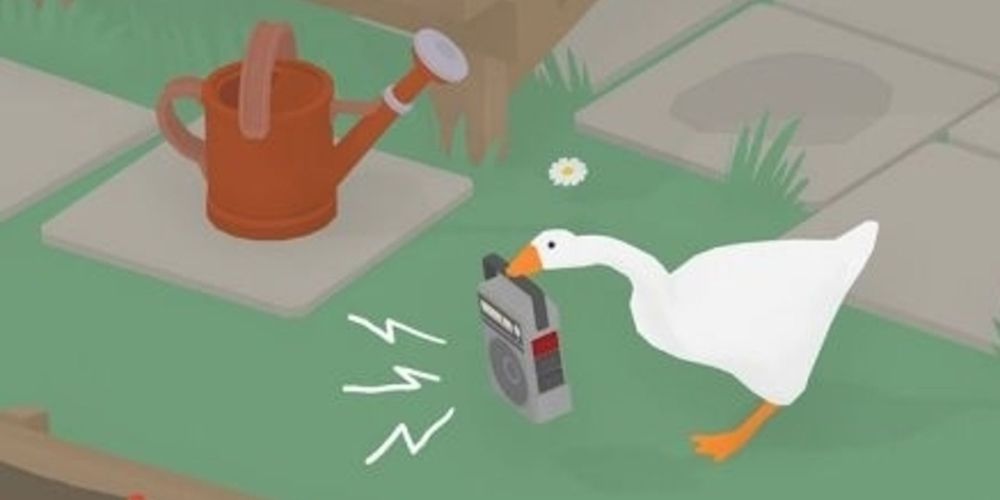 It's also telling that not everyone hates you. In the village pub, there is a table of two Black women, two of the only people of colour in the game, which again, is fairly accurate for the setting. These characters are not filled with the apoplectic rage at the uppity goose that the rest of our Thatcherite cast are. You do not steal from them, the way you are forced to steal from the resource-hoarding middle class Tories. Instead you perform a harmonica song and dance for them, and in turn are rewarded with a flower. These outliers of the village are generous patrons of the arts, supporting independent creation regardless of its economic benefit. They are the lone protest voters in a village of Thatcher's dreams.

Untitled Goose Game is a wonderful experience, but it's all the more better with Margaret Thatcher involved. The problem with stealing from Margaret Thatcher supporters as a goose is you eventually run out of stuff to steal.