The eternal battle in V Rising is between the Holy powers of the Light, and the dark ambitions of the Vampires. The church shines as a bastion of hope for the common people, and Raziel the Shepherd avidly tends to his flock of devoted followers, keeping them safe from the nighttime terrors.

Unfortunately for the good people of Dunley, you have other ideas, and Raziel has some sweet loot that needs to be acquired. This guide will show you where to find Raziel The Shepherd, the best battle strategy for defeating him, and what rewards you will gain if you can drain him of his V Blood. 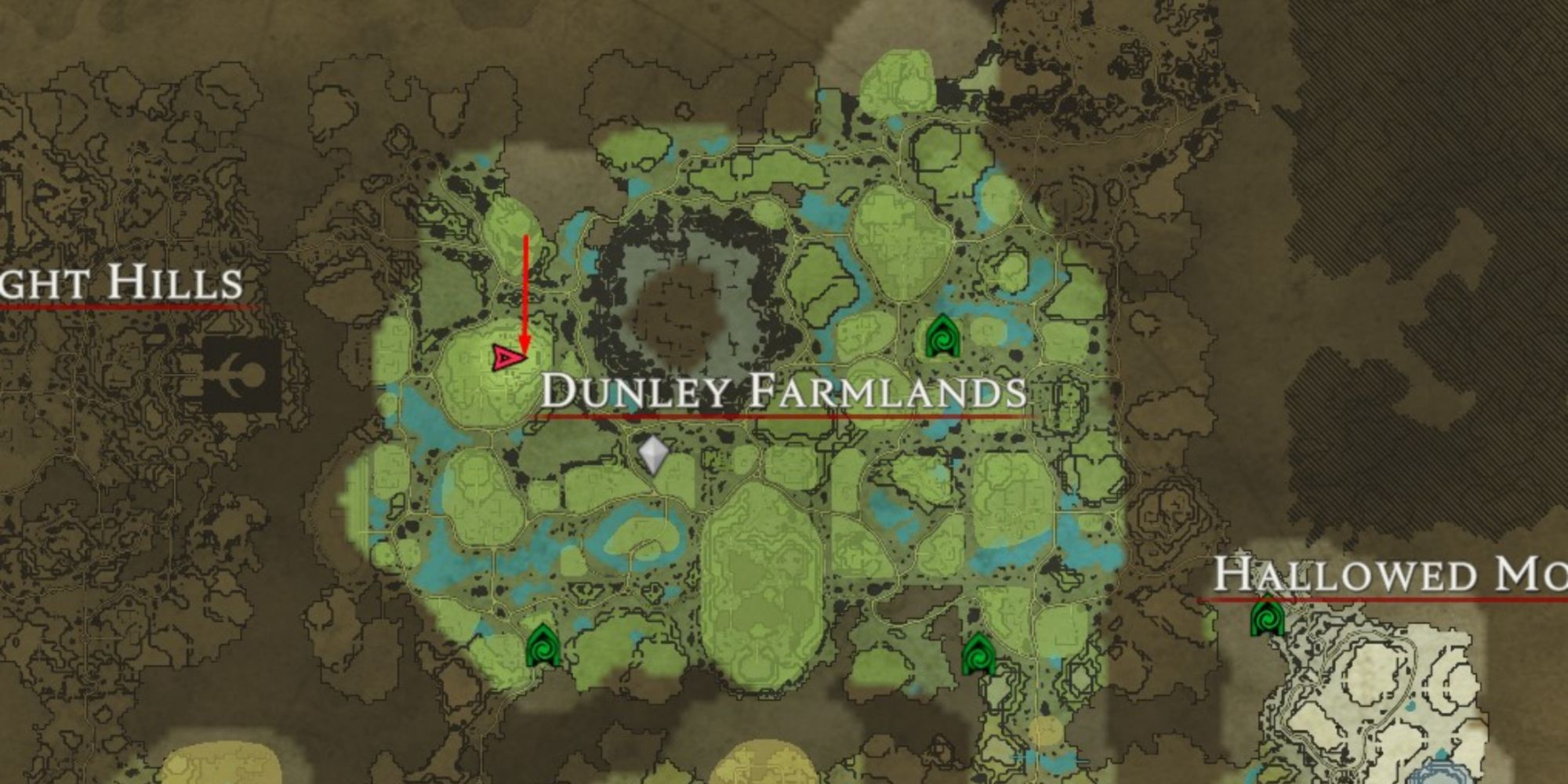 Raziel The Shepherd can be found preaching within the church in the Dunley Monastery. The settlement is situated in the Western side of the Dunley Farmlands and is a particularly dangerous environment for a vampire.

It's a sanctified Holy area, which means you will take constant ticking damage while inside its boundaries. This can be negated by drinking a Holy Resistance Potion before entering the Monastery, which will grant you 50 Holy Resistance and prevent you from taking any damage. The potion will last for 30 minutes and is a great investment, provided you can one shot the boss. A cheaper alternative can be to use Bear Form, which will bolster your resistances but still cause you to take small amounts of damage.

After using this Potion, you can morph into Human Form and freely move around the Monastery, without being attacked by the many roaming guards. The grounds are crawling with Devoted, and they can make life problematic for you if you attempt to barrel all the way through to Raziel. A combat level of 56 makes them tough opponents, and they are quite a bit tankier than your standard Militia Guards.

When inside the church, there will be two Devoted to take care of, as well as numerous passive NPCs, who will just mill around and run away in fear. Kill the Devoted before engaging Raziel and maybe some other NPCs, so that you have more room to work with. 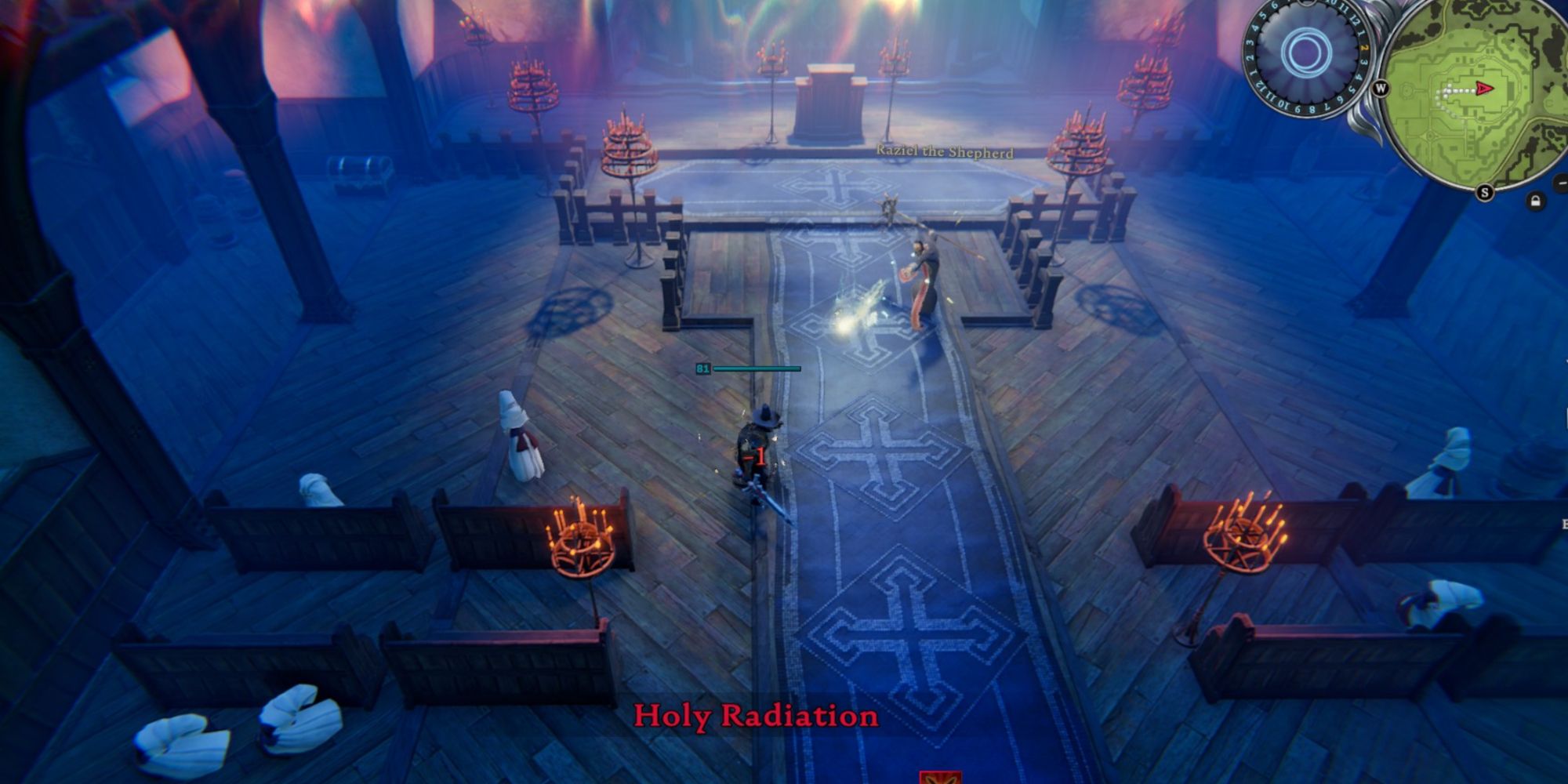 Raziel the Devoted is a combat level 60 boss, who wields Holy Spells to destroy his enemies. Your Holy Resistance Potion will come in handy for this fight, as it reduces all Holy damage taken by up to 25 percent.

Your spell set-up should be the classic combo of Shadowbolt and Chaos Volley, with Mirror Strike as your Ultimate for its high damage. Both of your basic spells should be able to take out a Pylon of Light, which makes them preferable to the potential healing from Sanguine Coil. A Dark Silver weapon, preferably the Crossbow, is your new offensive choice, and some Dawnthorn Regalia for protection is the best gear you can bring.

Both of these gear choices will require defeating Octavian The Militia Captain beforehand.

Scholar Blood is nearly always your best Blood option, and remember that all-important Holy Resistance Potion. Its effect is almost mandatory for getting to and killing Raziel, so don't skimp out by neglecting it. 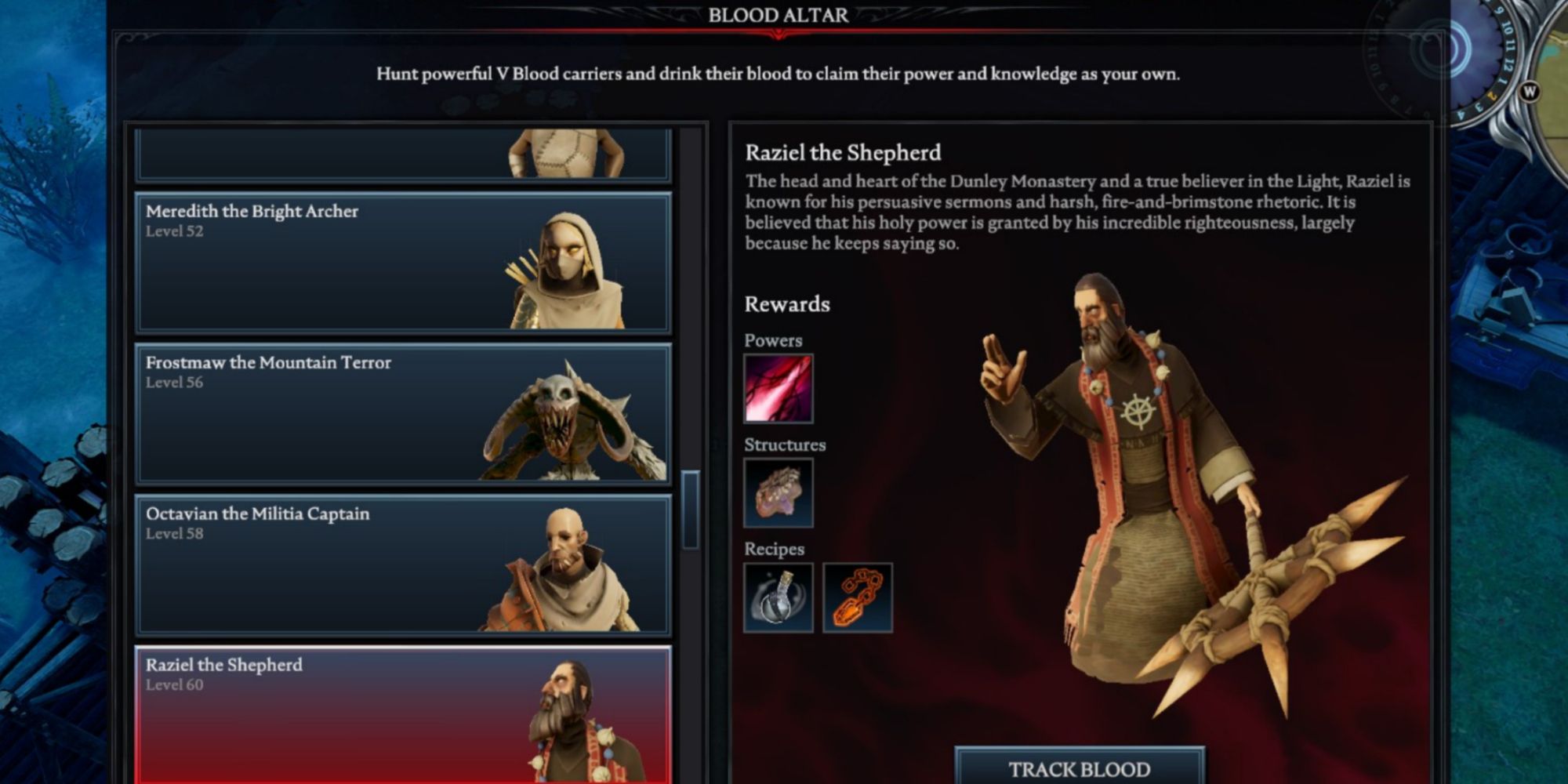 Raziel the Shepherd's V Blood will grant you a variety of rewards that range in their usefulness.