Valorant’s fifth season, or Episodes as they’re called in the Riot shooter, is coming next week. With Episode 5, Act 1’s arrival brings a new battle pass, a new "Prelude to Chaos" skin line, and the game’s eighth map.

Valorant's maps have already taken players on a world tour, from Tokyo to Thimphu. The latest map to hit Valorant will transport agents to the sunny shores of Portugal, although those shores have long since been washed away courtesy of global warming.

"The inspiration for Pearl started from an older underwater theme pitch concept, which was combined with a newer pitch that revolved around a major city flooded from climate change," said lead artist Brian Yam. "Concepts were made exploring these two ideas and when we placed the location in Portugal, it got everyone really excited because of its historical and architectural visual potential. Since Pearl takes place on ‘Omega Earth,’ we wanted to explore how Omega Kingdom would approach climate change and how we would convey this idea visually. The idea of showing the sustainment of cities underwater seemed to be the right visual direction that everyone was excited about. It’s a nice visual juxtaposition of Kingdom Industries structures with older structures of Portugal." 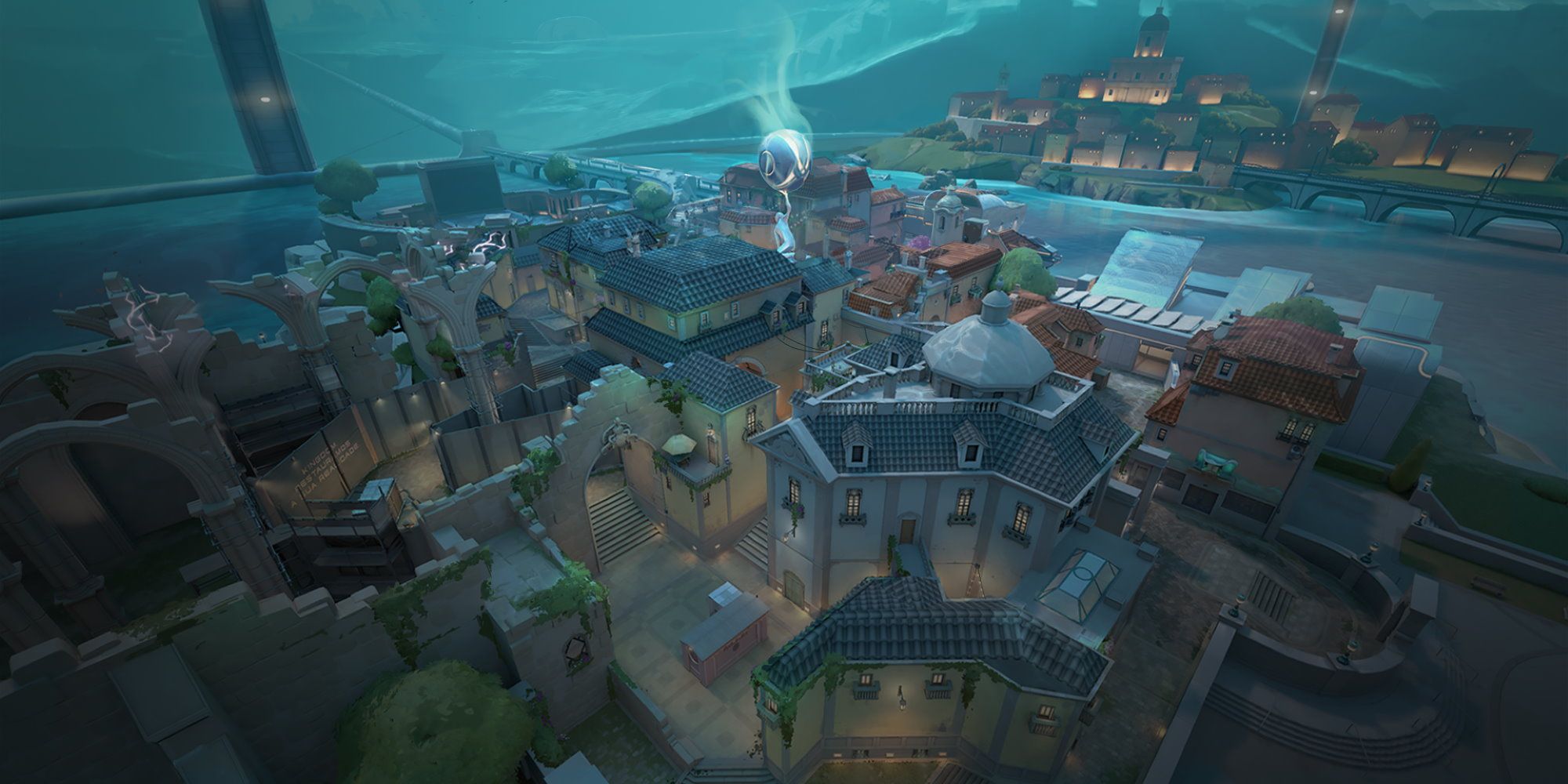 Omega Kingdom's innovative solution to rising ocean levels was to create a giant protective dome around the village, preserving it from the ocean's ravages while making it slightly less appealing as a beach-going tourist destination.

As for the actual gameplay, Pearl will be one of Valorant's simpler maps with just three lanes and no fancy mechanics.

"After Icebox, Breeze, and Fracture, we wanted to make a map that was a little more straightforward," explained Joe Lansford, Valorant level designer. "Pearl demands committed engagements, without the rotation and mobility support of doors, ascenders, or teleporters. What you get is something deceptively simple, strategically speaking. That said, it still has some twists and all the depth you’d expect from a Valorant map."

Lansford also said he was listening to a lot of The Body while designing Pearl. In particular, their track "Nothing Stirs" inspired a specific part of Pearl that he challenges players to locate.

Besides offering authentic Portuguese architecture, Riot also tapped real Portuguese artists to do the murals and music featured on Pearl. You'll be able to experience the new map and its Portuguese art when Act 1 of Episode 5 hits Valorant on June 22.