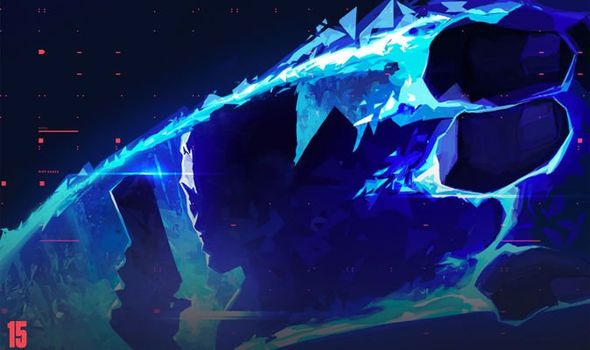 With a lot of new content being planned for this week, gamers want to know exactly what release time Riot Games has given Valorant Episode 2.

There’s plenty to get excited about, with a new Agent, Battle Pass and revamped ranked system coming to the game.

The good news is that we know when Episode 1 is coming to an end in North America and a separate release time for Europe.

Speaking about the work that has gone into developing Ranked mode further in 2021, Riot’s Ian Fielding had this to share, telling gamers:

“For Episode 2, our goal with our rank update was to (hopefully) show players that we are and have been listening by delivering on what we’ve seen as the most consistent asks from the community: An easier to understand and fairer rank system, more rewarding recognition for your

accomplishments, and a way to show who is the best of the best (yes, leaderboards…they are finally here)!”

“We are also gamers ourselves who generally like to play other online games competitively, so we’ve tried to leverage some learnings from other games and adapt them in a way we think VAL players will enjoy.”

WHEN IS VALORANT EPISODE 2 COMING OUT?

Riot Games hasn’t shared an exact time but they have confirmed that Valorant Episode 2 has a release date set for January 12, in the United States.

According to the latest guidance, Episode 1 will end at 10pm, January 11 for all regions.

Competitive will be disabled at this time, with a target of re-enabling the mode with the start of Episode 2, with (patch 2.0) tentatively planned the following day.

This could mean that the Valorant Episode 2 update could launch very early on January 12 via NA servers.

It should be noted that previous updates have rolled out in waves and there have been issues which have led to delays, so gamers should be aware that the same could happen this week.

It should also be noted that there is a release date for Valorant Episode 2 in Europe this week.

According to Riot Games, the Valorant Episode 2 release date has been set for EU servers on January 13.

The rollout of the update will happen during the morning, meaning an early start for Valorant gamers in the UK.

A big part of Valorant Episode 2 is the launch of Yoru, a new Agent joining the roster.

Yoru will have abilities to create distractions and run interference against the opposing squad.

After the Yoru release date later this week, Valorant players will notice that the new Agent can project the sound of footsteps.

While this doesn’t sound like a massive advantage, it will be in the right hands. Not only will gamers be able to confuse players into taking the wrong turn but Yoru will also be able to turn invisible and avoid damage by warping into another dimension.

Teleportation and a powerful projectile will also be part of the official Yoru ability list when he arrives later this week.

An official description of the character teases: “Japanese native Yoru rips holes straight through reality to infiltrate enemy lines unseen. Using deception and aggression in equal measure, he gets the drop on each target before they know where to look.”

“Yoru is our Infiltrating Duelist, using an array of tools to re-position himself, or create fakeouts. Yoru players will be lurking around the map, causing chaos, and getting frags.”

Related posts:
eSports
DK Khan: "I hope to be the solo carry that my team needs"
CS:GO: Zeus Announce Pro100 Academy Transfer; Confirm Team's Involvement In Zeus’ Brazilian Project
Dota 2: NA And SA DPC English Broadcast Talent Announced
Golden Guardians’ Newbie: Transitioning from LATAM to NA’s LCS –
Day one of January Kaldheim League Weekend creates shuffle in standings
Recent Posts
This website uses cookies to improve your user experience and to provide you with advertisements that are relevant to your interests. By continuing to browse the site you are agreeing to our use of cookies.Ok