At first glance, I’m enchanted by the neoclassical designs, art-deco lighting, and glistening surfaces of the pristine apartments in Vampire the Masquerade: Swansong. Against the backdrop of the nightscapes, they always look astonishingly immaculate and lush; you’ll find barely any speck of grime or dust on them. But these abodes of the super rich are occassionally punctured by the sight of wrecked furniture, pools of blood, and disembodied cadavers—all the unkempt aftermath of a gruesome murder. Even these scenes seemed deliberately placed, as if part of a perverse decor that the ultra-rich use to outfit their ornate spaces. After all, every broken limb, collapsed shelf, and discarded document serves a purpose: they’re simply information used to manoeuvre around the torrid web of Swansong’s most elite circles.

It is perhaps no surprise that occupying the highest echelon of these elite circles are the mythical vampires, with individuals flitting around from one high-society gathering to the next in endless cycles of power struggles. Swansong is set in the pen-and-paper universe of the World of Darkness, a gothic interpretation of the real world in which vampires quietly live among humans, with the cornerstone of their clandestine societies built upon the Masquerade, a law that hides the existence of vampires and the undead from humans. As with previous games in the series, you’ll continue the tradition of upholding the Masquerade, but this time as three playable vampires—Emem, Galeb, and Leysha—in Swansong, as they navigate the conspiracies that threaten the very existence of their vampiric sect.

Most people may recognise one title from the Vampire the Masquerade series: the landmark but notoriously janky RPG Vampire the Masquerade: Bloodlines developed by the now-defunct Troika Games, where you’ll do plenty of skulking, talking, and fighting as a vampiric super warrior. Unlike Bloodlines, however, Swansong involves zero combat, and is instead centred on the messy politics of the Boston Camarilla, an elite club of vampires that puppeteer both human and vampiric societies behind the scenes. In short, you’ll need to masterfully steer through conversations and confrontations as the vampiric trio, and trawling through mountains of emails and other evidence to find anything of value to present to your leader—the Prince of the Boston Camarilla. Swansong is a game thick with political intrigue, and this is most evident in the game’s complex systems of dialogues, with conversations framed as keen battles of focus, wits and sheer mental prowess. 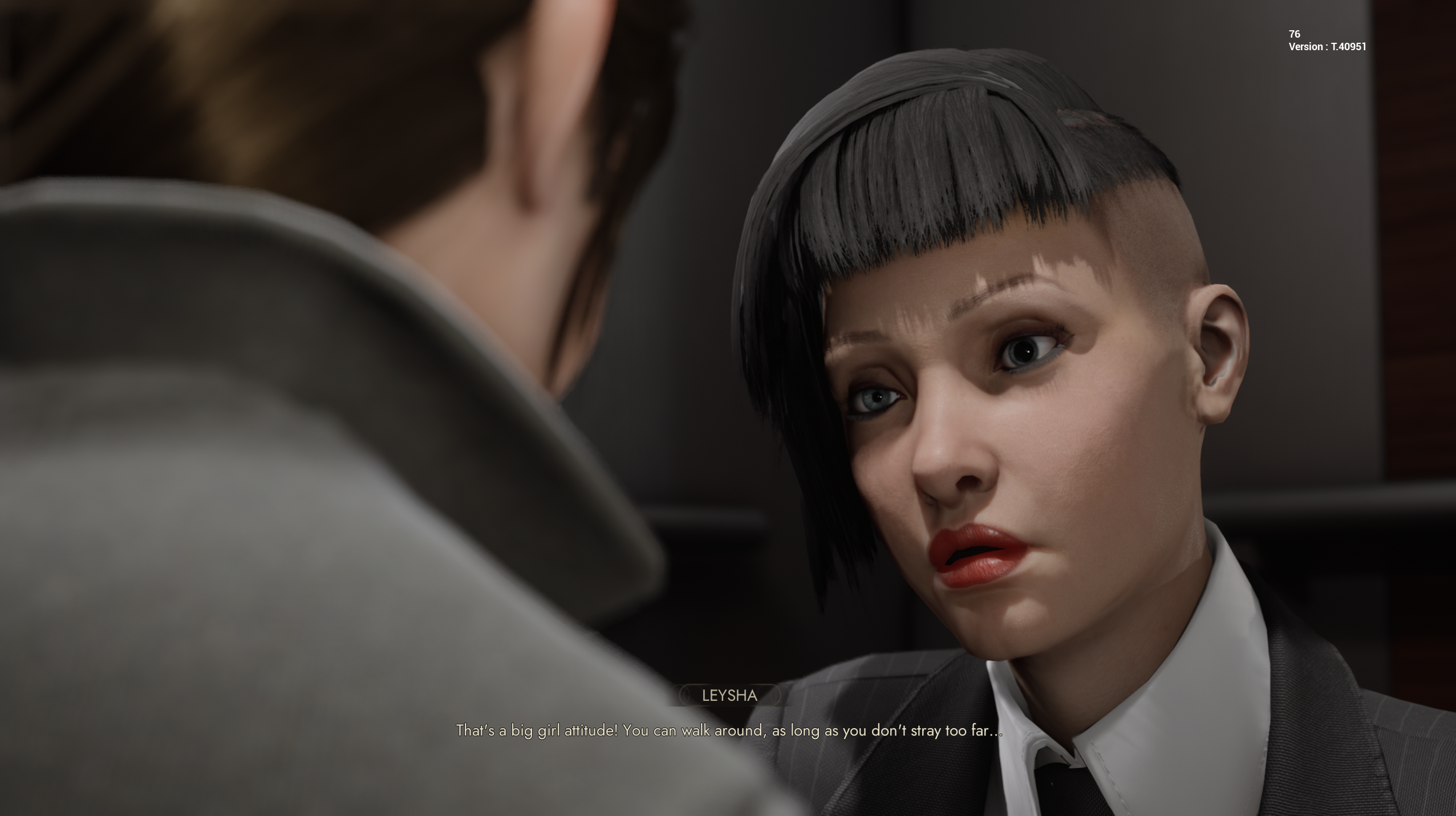 Take for instance one of the first exchanges you’ll have as Emem, where you’ll attempt to convince someone into revealing more about the Prince’s emergency plans for the city. In the end, due to her somewhat lacking vampiric ability, Emem will fail the speech check and fumble the conversation. Failures like these are pretty common in Swansong, but there are plenty of ways to convince the other party to see things your way. This would be dependent on several factors, such as your character’s skills in conversation, vampiric abilities, willpower and even hunger. You can invest experience points in stats like persuasion, rhetoric, intimidation, and psychology, among many others—which can unlock dialogues and enhance your conversational prowess. You can invest willpower to temporarily boost these stats and pass the speech checks. You can use vampiric abilities to bend the other party to your will, such as through the ‘dominate’ ability, which can enchant your opponent into a mindless thrall.

Equally, your opponent can do the same as well, using their willpower to boost their defences against your mental attacks. Then there are verbal sparring rounds known as confrontations, in which you’ll be facing off your opponent with minimal room for failure. Lose too many rounds, and you’ll lose the confrontation entirely, which can affect how the rest of the game plays out. Rarely are conversations portrayed like elaborate skirmishes as much as physical violence in games, and Swansong usually pulls off these scripts elegantly, as compared to, say, Bethesda’s disastrous dialogues in its Fallout games (like the groan-worthy four-button prompts in Fallout 4’s conversations). But it also paints a troubling portrait when the people you tend to dominate into submission are thin-bloods and ghouls—what vampiric society crudely deems as ‘lesser’ vampires—while your political equals are typically the more established members of the Camarilla. On the other hand, it’s also a reflection of how real-life politics have typically been dominated by the rich and powerful in the first place. 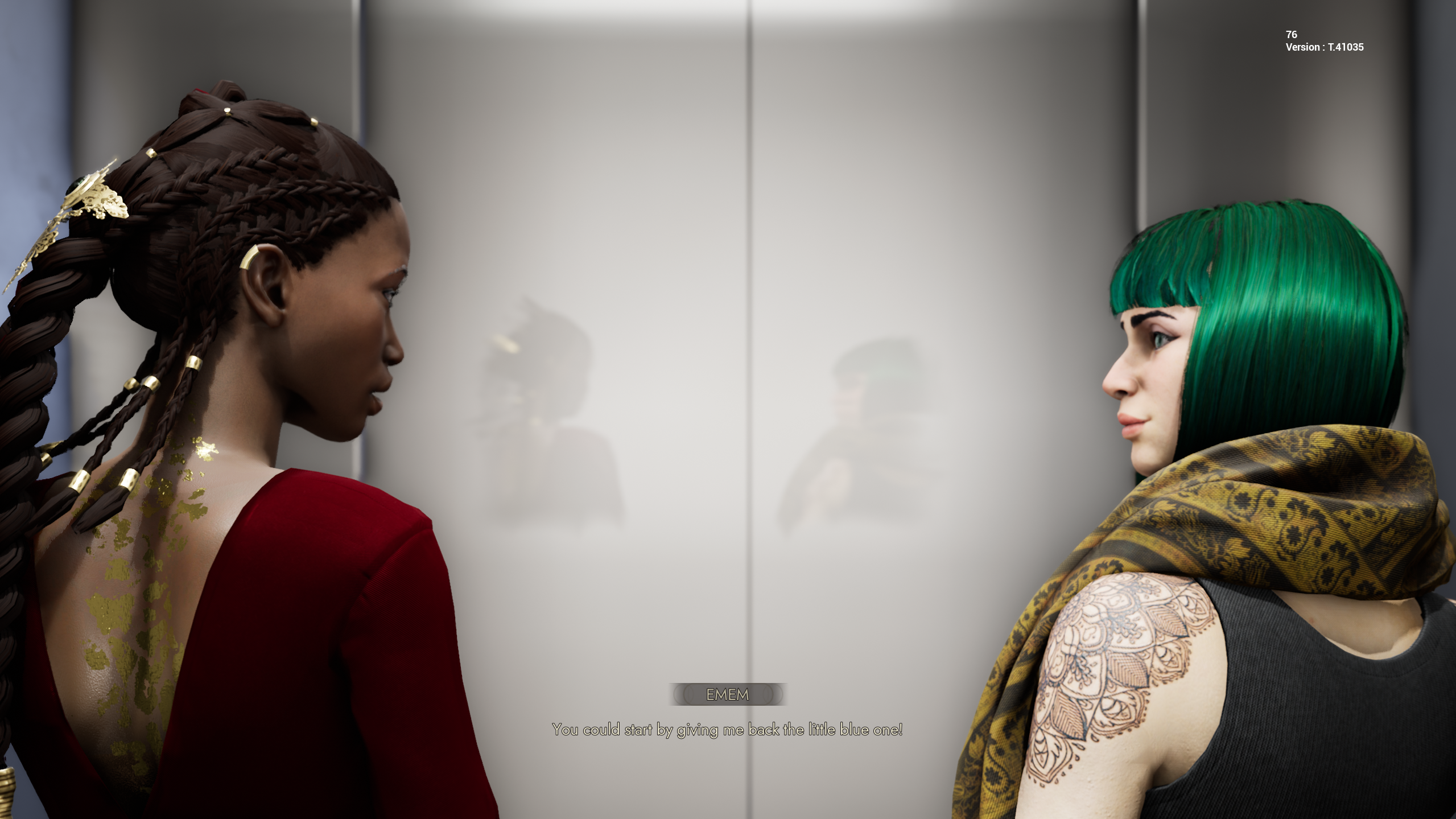 Yet Swansong isn’t just about manipulating conversations, or flagrantly using your vampiric abilities to the fullest extent. In this aspect, it also demonstrates remarkable restraint, for what underpins all its unseemly politicking is its myriad puzzles. Part of the game involves examining paraphernalia and putting details together, like figuring out the location and codes to cleverly stashed safes or hidden areas, and it’s here that Swansong also feels very much like detective work. The powerful rarely carry out the dirty work like excavating blackmail content for their own use, or busy themselves with the drudgery of discussions and negotiations, so it’s up to you to do the grunt work for them.

Most puzzles aren’t difficult to figure out, and Swansong trusts that you’ll be able to discover specific clues for yourself, such as reading a child’s diary to unlock her dad’s phone, or ploughing through a substantial paper trail of confidential documents to discover deeply embedded secrets for brokering deals with. Some puzzles may require you to exert some amount of supernatural powers, but there are typically non-superhuman ways to tackle these challenges. In one instance, Leysha would attempt to starve off her vampiric hunger by answering riddles posed by her daughter. She could convince her daughter to tell her the answers and skip the riddling by using her conversational skills, which will take points off her willpower meter, but there’s no real need to do so; you can simply just answer the questions. Sleuthing around and discovering the key to these puzzles are at its most thrilling when Swansong is wont to feed you only a few breadcrumbs. 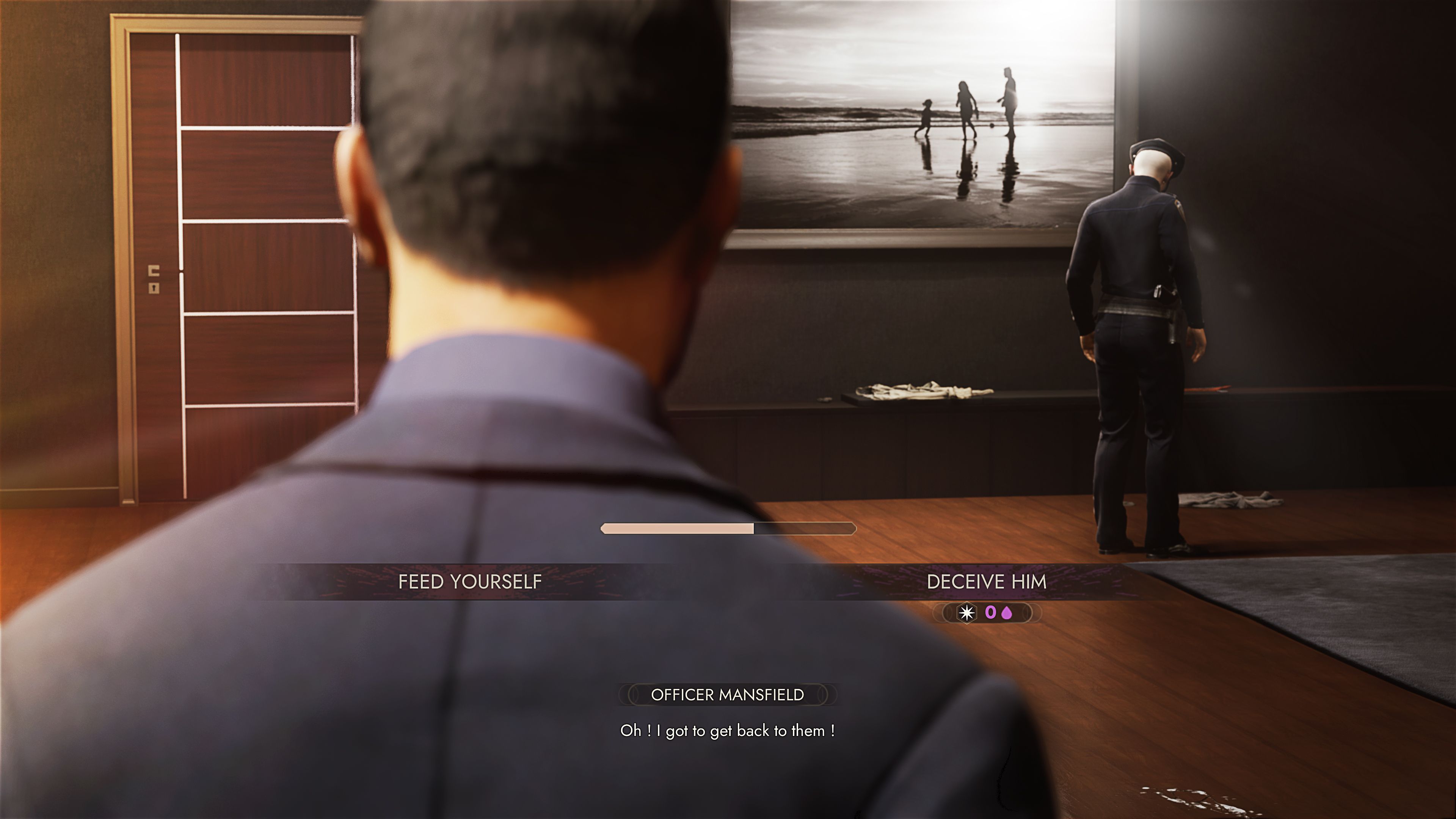 There are concerns, however. There’s sometimes little recourse to being stuck at a puzzle—the game doesn’t have any hint system whatsoever—and there are others that are endlessly frustrating. One of the most damning challenges involves rotating slow-moving stone discs in probably the world’s most arcane and pointless elevator design, and there’s at least a few of them that are unsolvable in the game’s review build as the game is extremely bug-ridden. At times, hunting for clues feels akin to a pixel hunt, since the only sign that objects are interactable is looking out for a small white dot, which means you’ll need to spend an enormous amount of time looking for tiny white specs on the screen, in hopes that you don’t miss anything crucial. I’ve been through scenarios in which I’ve combed the entire level for a good hour or so, only to be told at the level’s conclusion that I haven’t finished a few tasks and will be penalised for these mistakes. Dialogue is unskippable, which is odd given that there’s a dedicated ‘hold to skip dialogue’ button that I can never use, and models occasionally float around on invisible chairs, scribble on invisible tables, and doodle on invisible phones. It’s clear that Swansong isn’t at its most polished yet for now, but the developer has indicated that it will be updating the game with content patches.

Within the opulent comforts of the luxury apartments and exclusive private clubs of Boston, Swansong positions high society politics as a game played by the rich, a realm that’s far outside the influence of the working class and the poor. To be invited into such an exclusive circle in Swansong is a frankly riveting proposition—I can’t deny that there’s a thrill, verging on tabloid-level curiosity, in mingling with the distastefully powerful, uncovering their dirtiest secrets, and conniving with the Prince of Boston. But still the most intriguing bit about Swansong is to have all these politicking depicted as layers of conversations and sleuthing, which are exploits that are far more human than the game’s supernatural brethren would believe. Through these interactions, you’ll begin to eke out an image of Swansong’s key intrigues; it’s about the depravity of playing politics, with you and the rest of the Boston Camarilla wielding lives as mere pawns to be bargained with, only to be discarded moments later. Then comes the ghastly discovery: that this politicking has also become a form of guilty pleasure—one that you can’t help but want to indulge in.

Score: 3.5/5. A review copy was provided by the publisher.