In Victoria 3, you don't simply want your Pops to be efficient workers, cogs in the industrial machine, right? You also want them to be happy! You want them to be able to afford the finer things in life, have the time and opportunity to enjoy themselves, and actually have a desire to bring more lives into the world to help make your country rich and powerful.

Most importantly, you don't want them to rise up, start a revolution, and kick you out of government or worse, start their own country. What you really, really want, is to make sure they have a good Standard of Living.

What Standard Of Living Affects 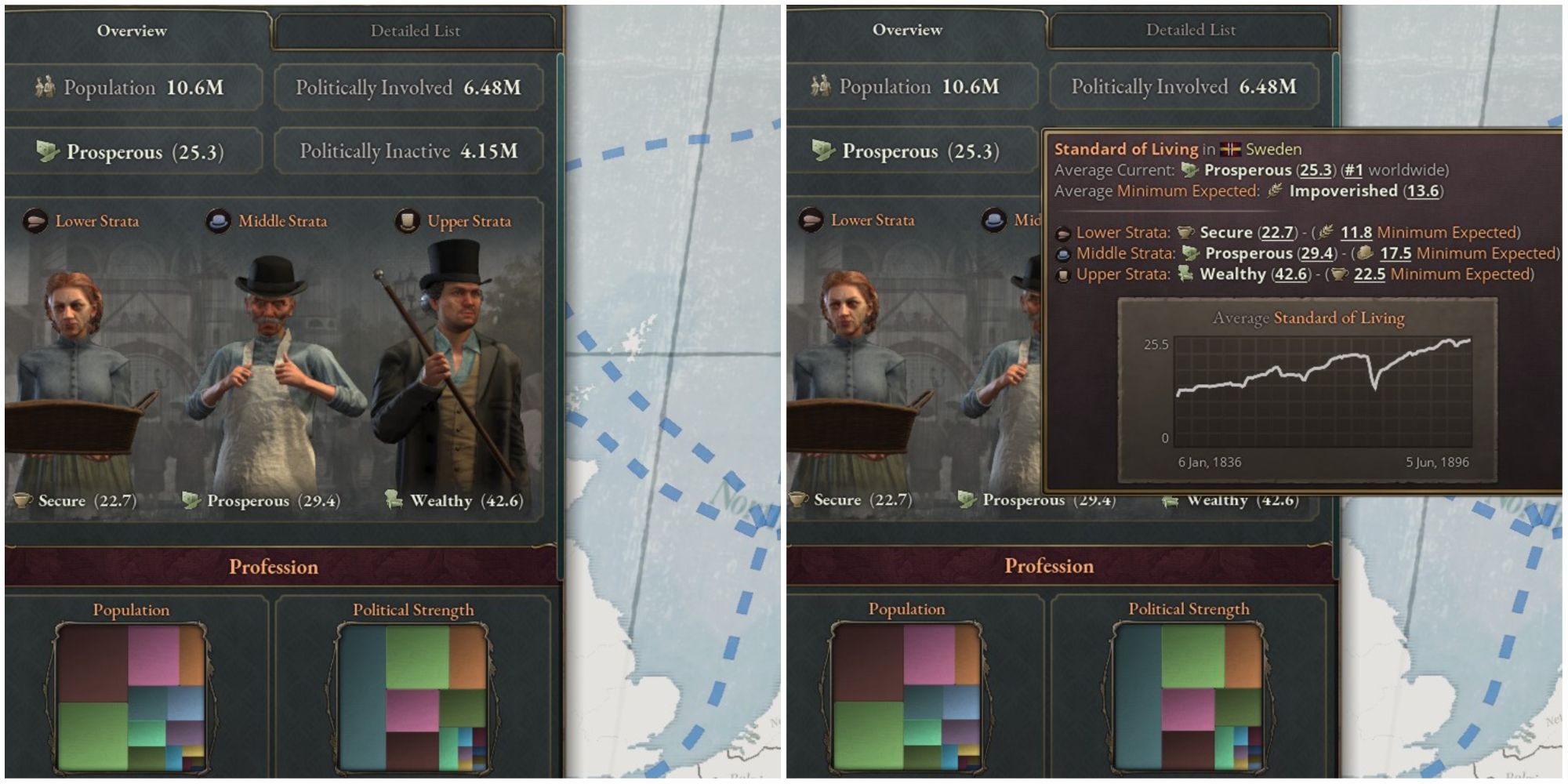 In Victoria 3, a Pop's Standard of Living is a measure of how able a person is to survive and then thrive. To put it into the simplest of terms:

There are three basic 'ranks' of occupation in Victoria 3, tied to how much they get paid by buildings:

Qualifications are gained over time, based mostly on Wealth and Literacy. For this reason, raising Literacy is a good way to enable people to move jobs a lot in order to acquire a better Standard of Living. Universities provide qualifications.

How To Raise Wages 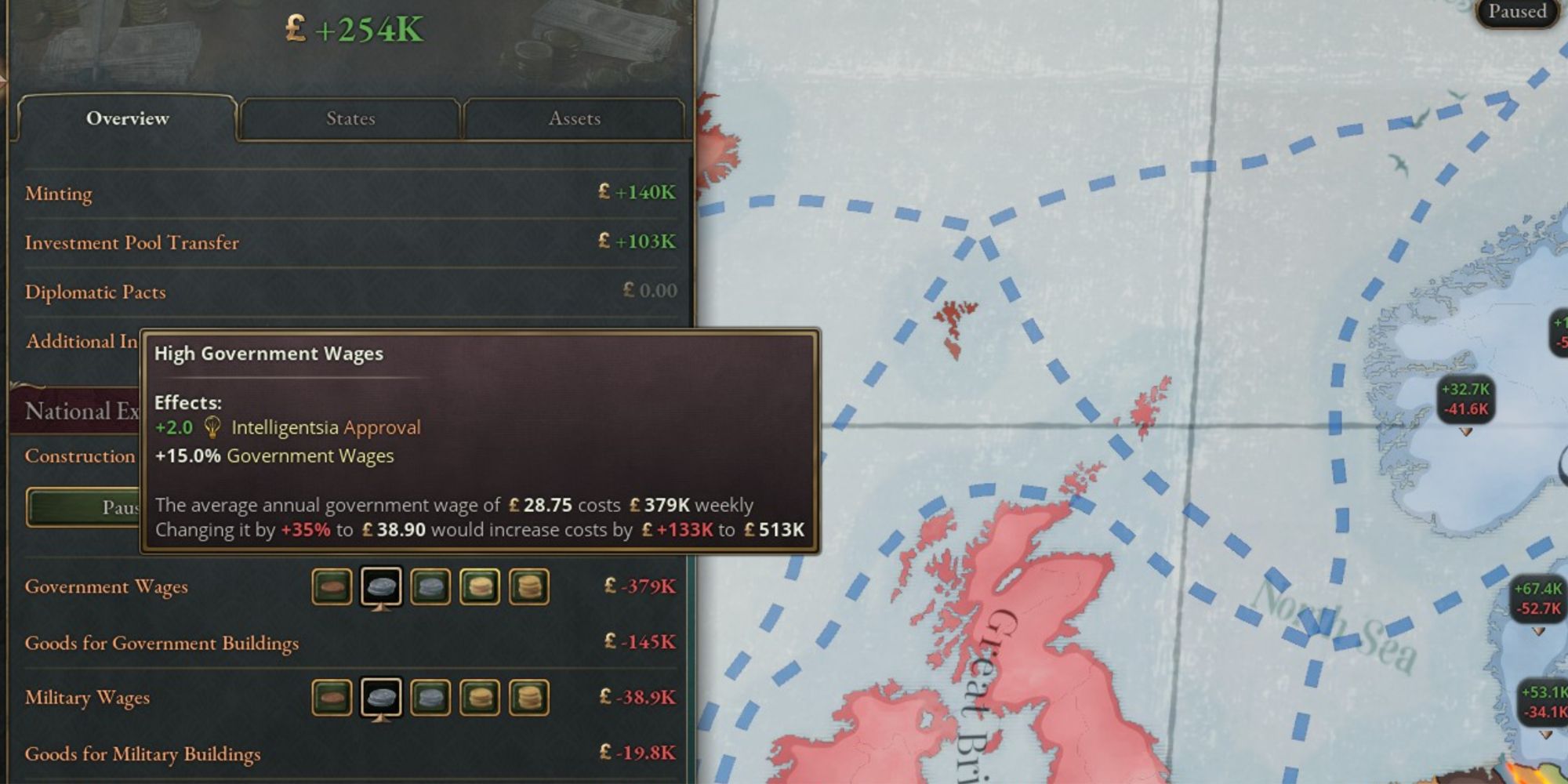 The best way to raise your country's Standards of Living is to make sure wages can rise. This involves making sure your buildings, which employ Pops, are profitable. Put simply, wages rise when a building needs to attract people to work there, and it can only do this when it has a positive balance.

You'll want to have a competitive workforce to ensure that wages stay high – don't put all of your efforts and development into few industries, and don't neglect any states in favor of, for example, your capital. While wages also depend on occupation, with lower paid jobs being an inevitability in the game, making an effort to raise all wages will improve your country's average Standard of Living.

If you Subsidize a building, it will be able to offer far higher wages. This draws from your country's treasury, but it's a great way to improve Standard of Living quickly and efficiently, as it's not beholden to market forces.

Government and Military employees have their wages dictated by you – you can alter these wages in the Budget menu. Increase them for a higher Standard of Living.

Basically, you want a very healthy economy to be able to sustain a high Standard of Living. Check out the following guides related to running an economy:

Having a healthy supply line is also key to satisfying Needs – you'll need to have plenty of Goods available, or prices will rise too high for Pops on lower wages to afford.

You can reduce taxes for an easy boost to Wealth – this means more money in Pops' pockets to spend on Needs.

How To Raise Welfare Spending 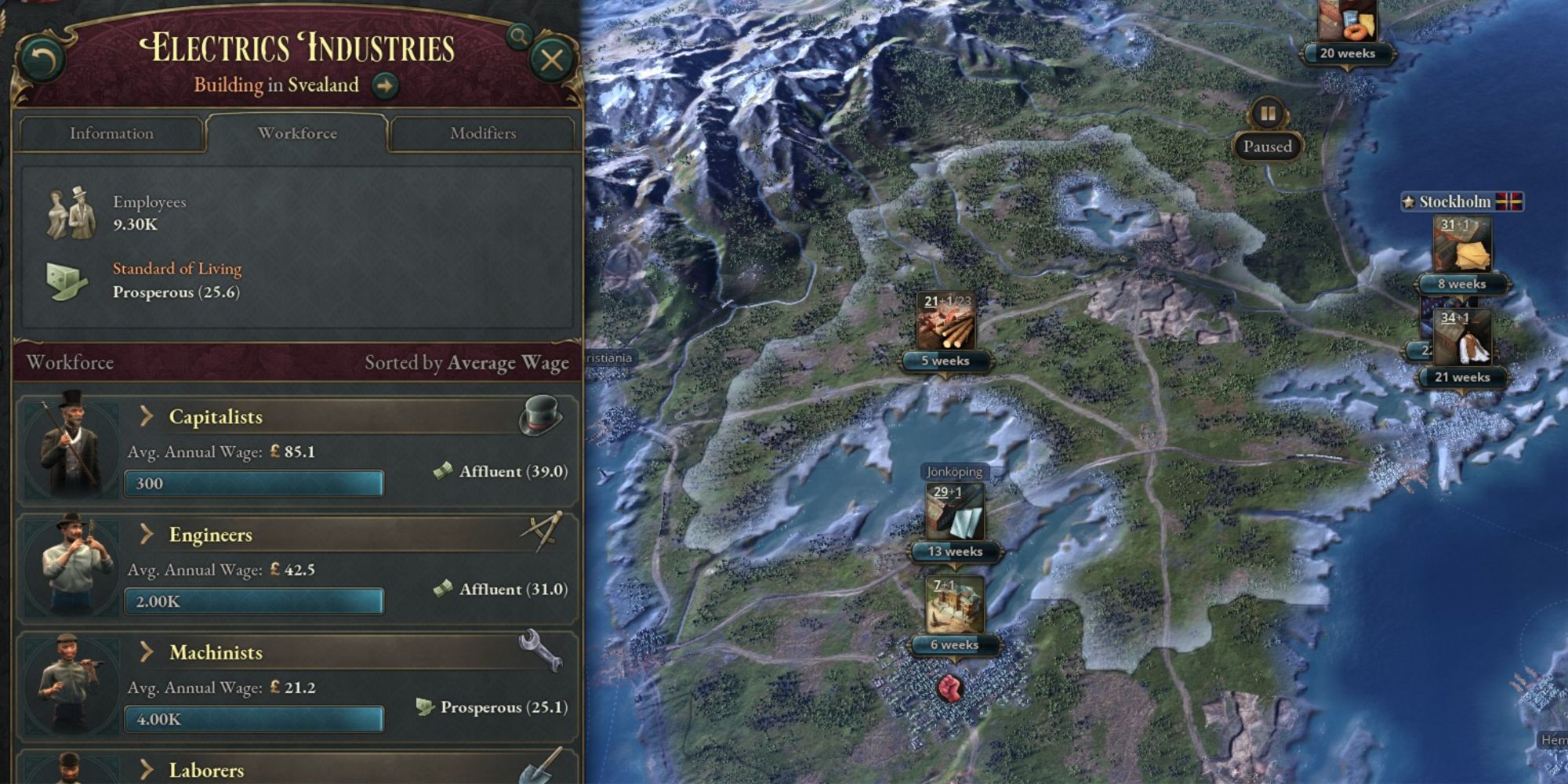 Another quick and easy way to raise your Standrd of Living is to introduce Welfare Spending. If enabled via your laws, Welfare Payments are given to Pops whose wages have them under the Normal Wage, which is decided through averaging many different wages across your nation.

Welfare is one of the laws you can change, with different levels that let you level up your Social Security institution. Higher levels of Welfare will make the threshold for receiving Welfare Payments lower, so more Pops will benefit from the extra money. This will lead to a drastic rise in Standards of Living at higher levels.

At the highest levels, the Social Security institution will severely limit the political power of those receiving payments – be wary of this.

In addition, enacting the Old Age Pension Welfare Law will increase Dependant Income and Dependant Enfranchisement, making your economy stronger at the cost of a small reduction to your Workforce Ratio. This is well-worth doing if your goal is a very high Standard of Living.