Warframe's Veilbreaker update came with a new Warframe, endgame activity and progression system, and the ability to play as Kahl-175 once again. Before you get access to most of this update's offerings, you'll need to complete the "Veilbreaker" quest first.

Acting as a sort of epilogue for "The New War," this quest lets player take control of Kahl once again as he works with a familiar ally to rescue his Grineer brothers. While short, this quest is vital to unlocking some of Warframe's endgame activities and progression systems. Here is a complete walkthrough of Warframe's "Veilbreaker" quest, including the rewards you can expect upon completion.

How To Start The Veilbreaker Quest 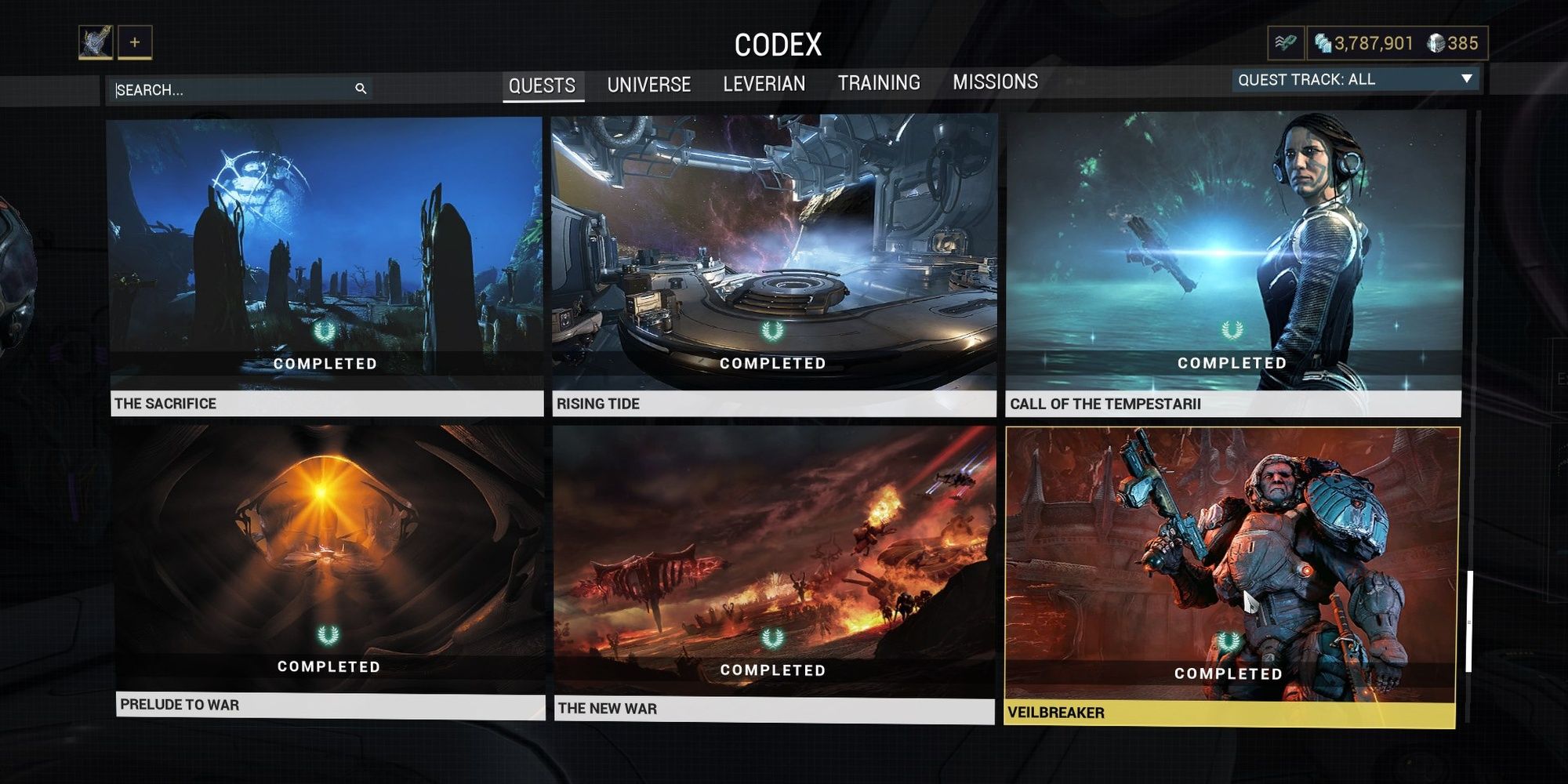 The Veilbreaker quest becomes available upon completing "The New War" quest. Once complete, head to your ship's Codex and browse the quest tab. Select the "Veilbreaker" quest and start it. This quest is significantly shorter than "The New War," only taking 20-30 minutes to complete.

As for the quest itself, you'll spend most of your time playing as Kahl-175, the Grineer soldier that was part of "The New War." If you want to make the opening segment easier, bring a good Operator Amp or the Paracesis to bypass the Sentient's damage resistance. Subsuming Xata's Whisper onto your Warframe will also do this trick. 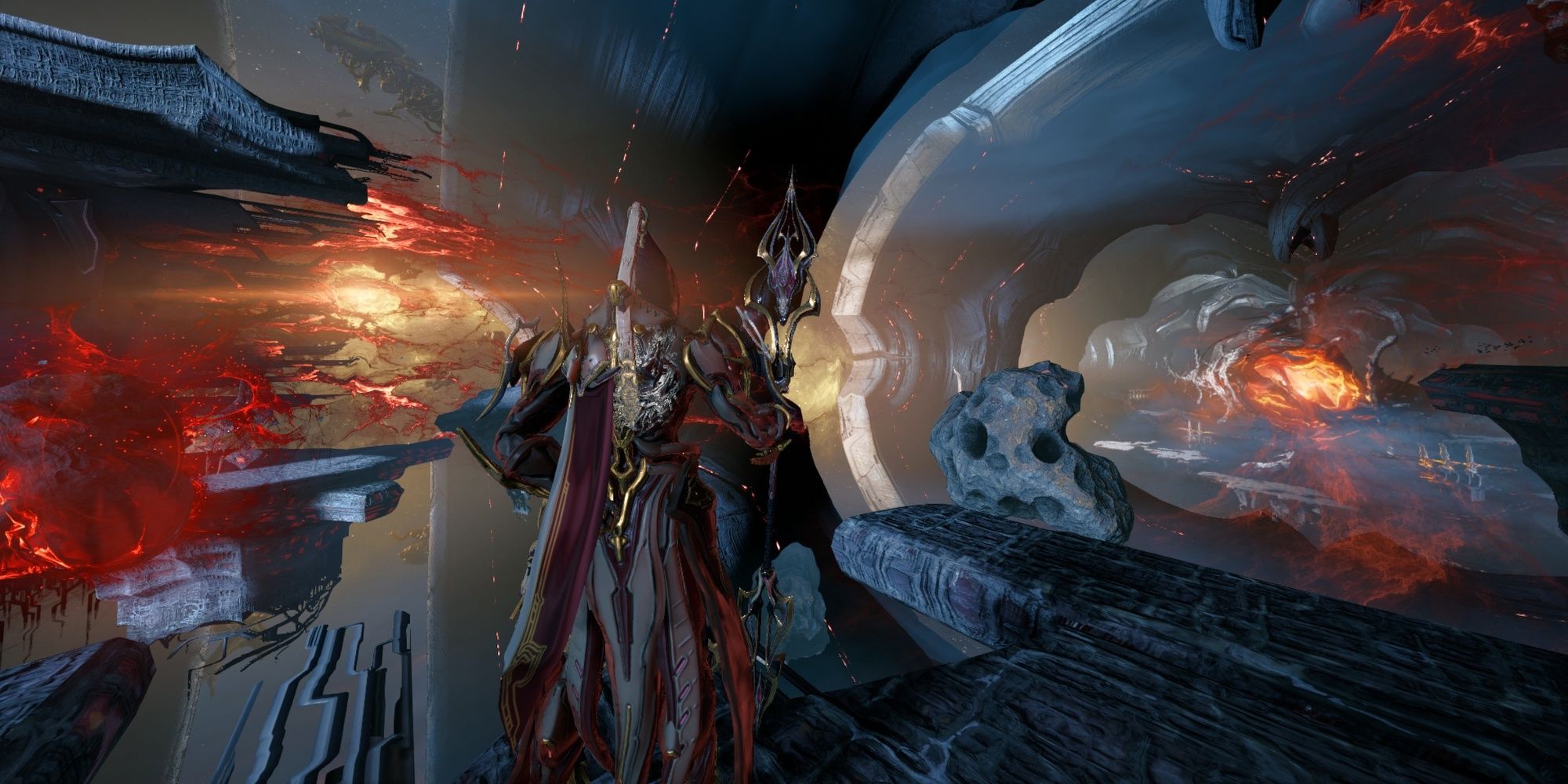 After watching the opening cutscene, you'll receive an inbox message from Daughter, a vendor on Deimos. She has located a Sentient Murex in Deimos' orbit that's relaying a distress signal. The group relaying the signal likely has information on Pazuul, the supposed new leader of Narmer. Daughter asks you to investigate.

Daughter will ask you to find the source of the distress beacon when you arrive. Follow the waypoint to reach the main objective, killing any Sentients that stand in your way. Reaching the depths of the ship will cause the signal to jam, the source of the disruption coming from a Medusa Hub. You'll need to destroy the hub by damaging various energy nodes. The first node is marked on your HUD. Shoot it to start the sequence. 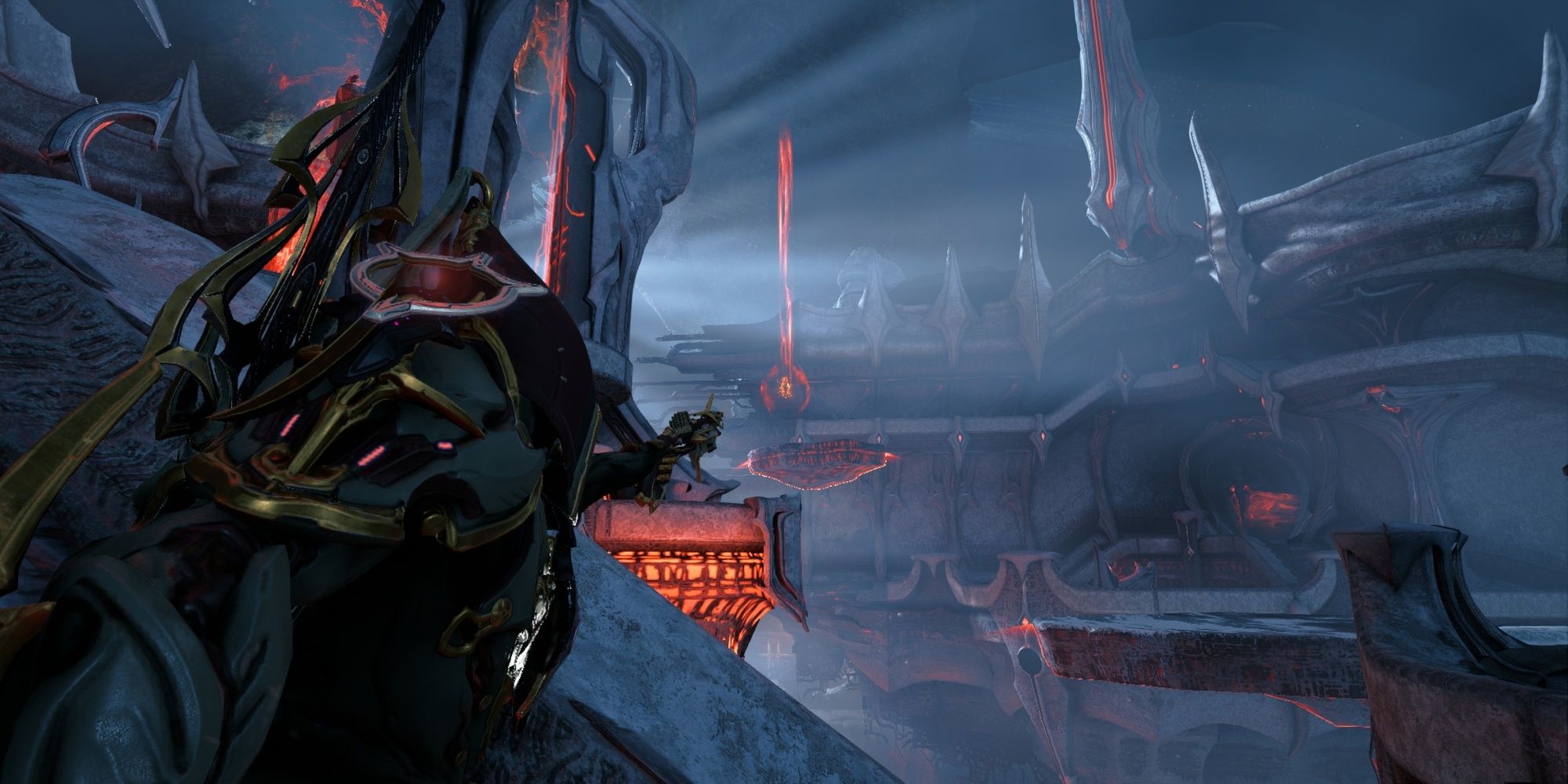 Similar to the Murex section in "The New War," you'll need to shoot nine energy nodes that spawn in a sequence. Destroying one energy node will create a bright stream of light that leads to the next node. Destroy the next node to continue the sequence. You have 30 seconds to destroy each node, so you have plenty of time to locate them. Once you've destroyed all energy nodes, the next segment of the quest will start. 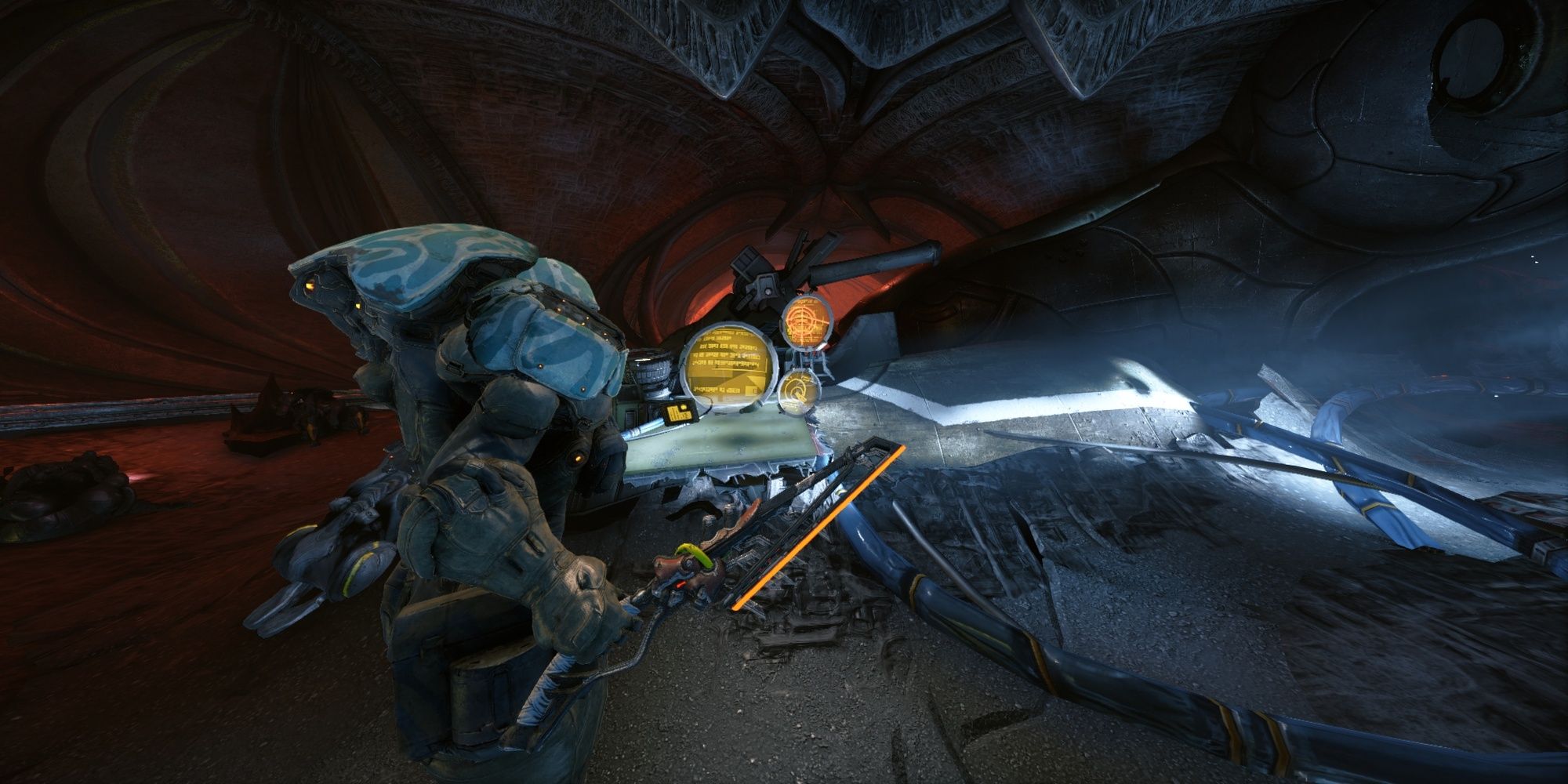 It turns out the distress signal came from none other than Kahl, everyone's favorite Grineer soldier. Kahl is equipped with nothing but a Machete and a strong urge to save his brothers, uninterested in telling Daughter about Pazuul. They make a deal: get Kahl a gun, and Daughter will get the information she wants about Pazuul.

Mechanically, Kahl works the same way as he did during "The New War" intro segment. If you haven't played that quest recently, here's a quick breakdown of Kahl's control scheme:

You only have your Machete and core abilities right now, but that's all you need to cleave through the Sentients. Follow the waypoint Daughter gives you to find a Grakata, a trusty SMG that can shred through most Sentient enemies at close range. 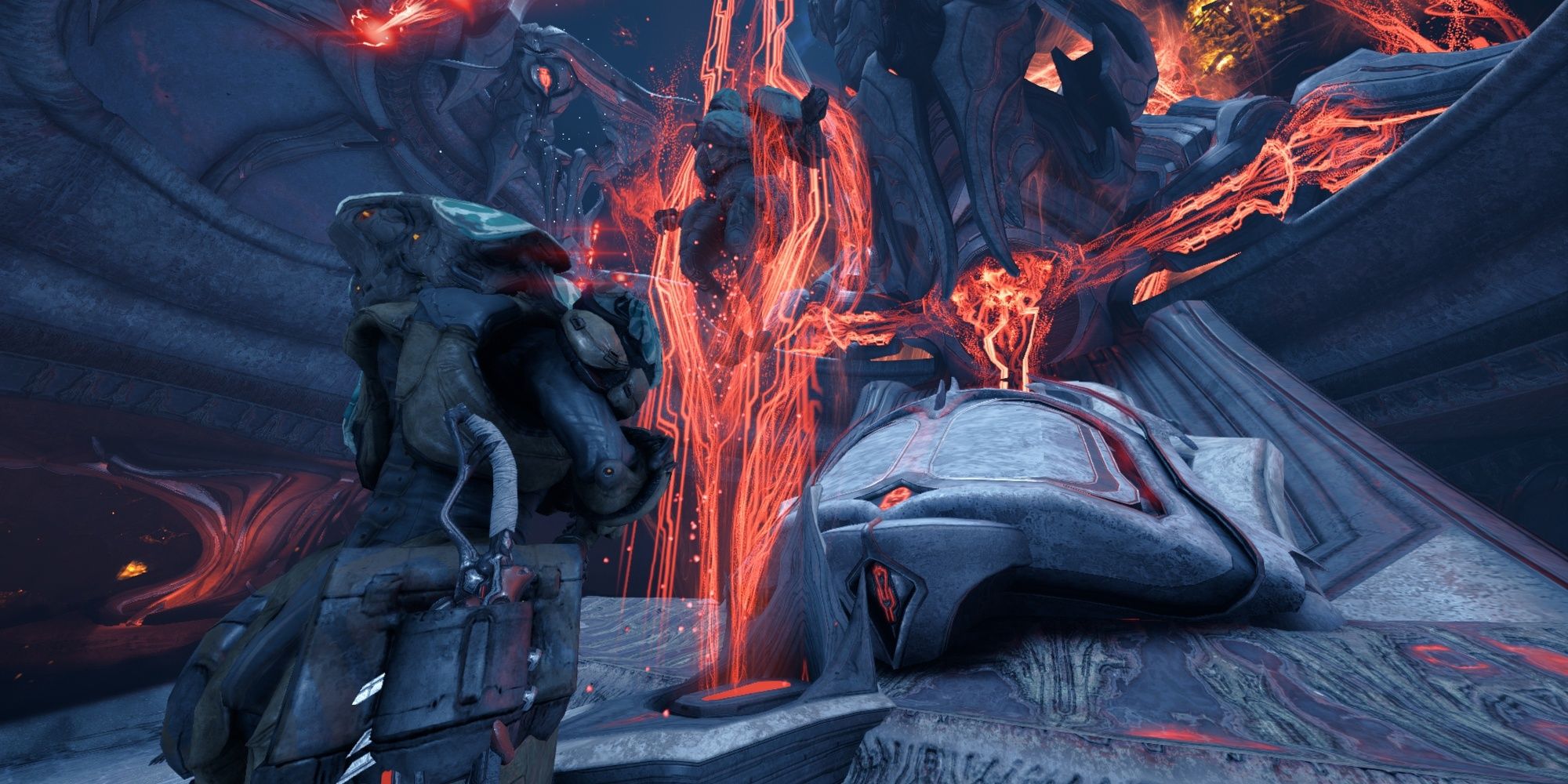 Now that Kahl is armed, it's time to rescue his Grineer brothers that are trapped on the Murex. The waypoint on your HUD will bring you to the first trapped brother. Interact with their body to start the field disruption process. Sentient enemies will spawn during this section, but they should be no match to your Grakata and Incendiary Grenades. Partway through the defense section, you'll be asked to stand in a small energy field. Stand in it and wait until the field is fully disrupted.

At this point, you now have a squad member to command. Pressing the marker key (G by default on PC) to issue commands to your brothers. Commands include: 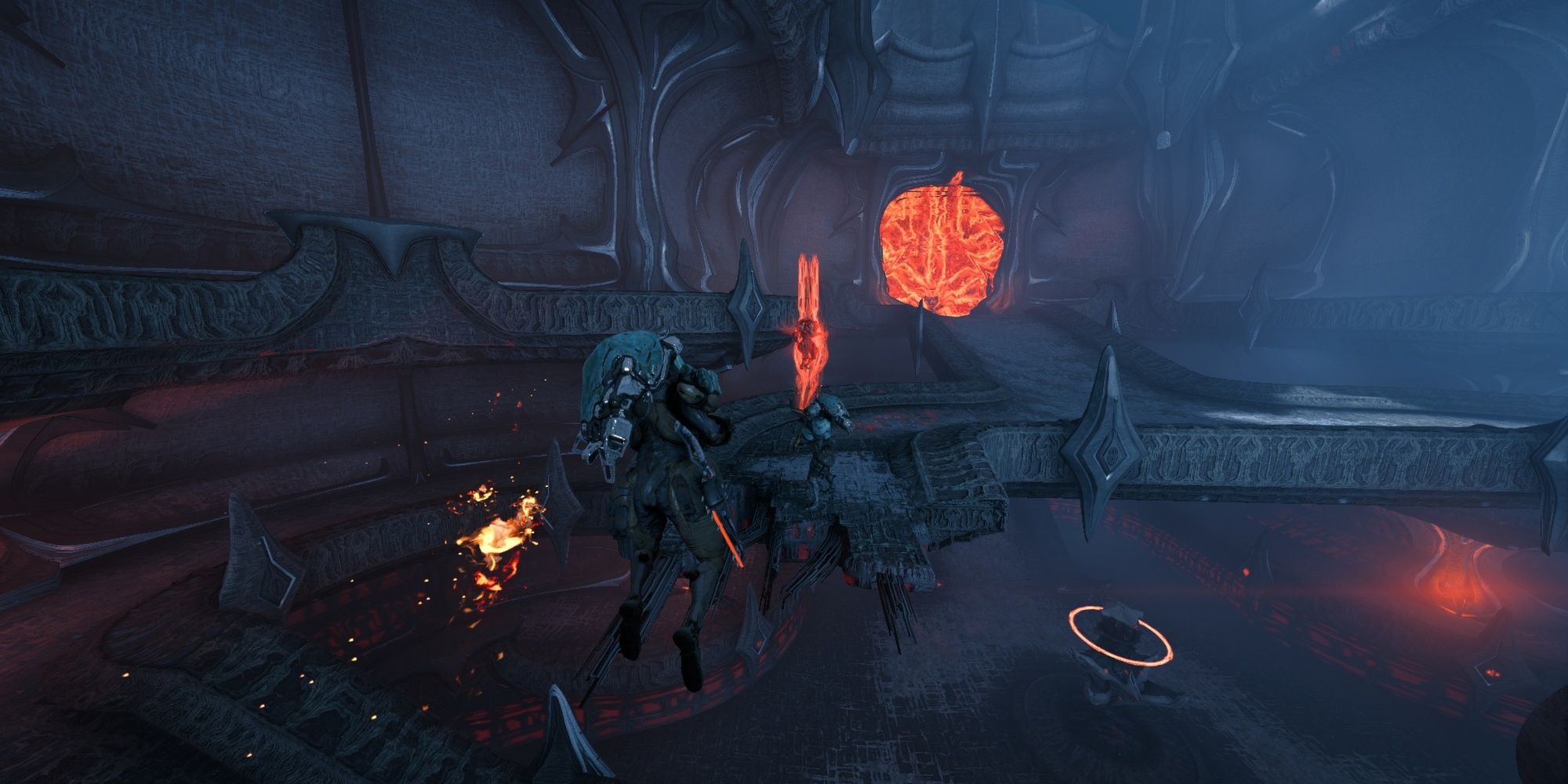 Use the command menu to order your recently-rescued brother to blow a hole through the debris on the ship. This will open a path towards the next group of jailed brothers. Unfortunately, they're across a small gap you can't cross on foot. That's where the jetpack comes in. Interact with the nearby Grineer corpse to steal their jetpack, allowing you to fly around the battlefield. The jetpack has limited fuel but regenerates whenever Kahl is on the ground. Jetpack controls are quite simple:

Interact with the entrapped Grineer's forcefield to start the disruption process, like before. Partway through the defense section, two fields will appear on the map. Order one of your squad mates to stand in a field. Kahl should stand in the second field, allowing you to continue the disruption process. Repeat this process one more time to finish this section. 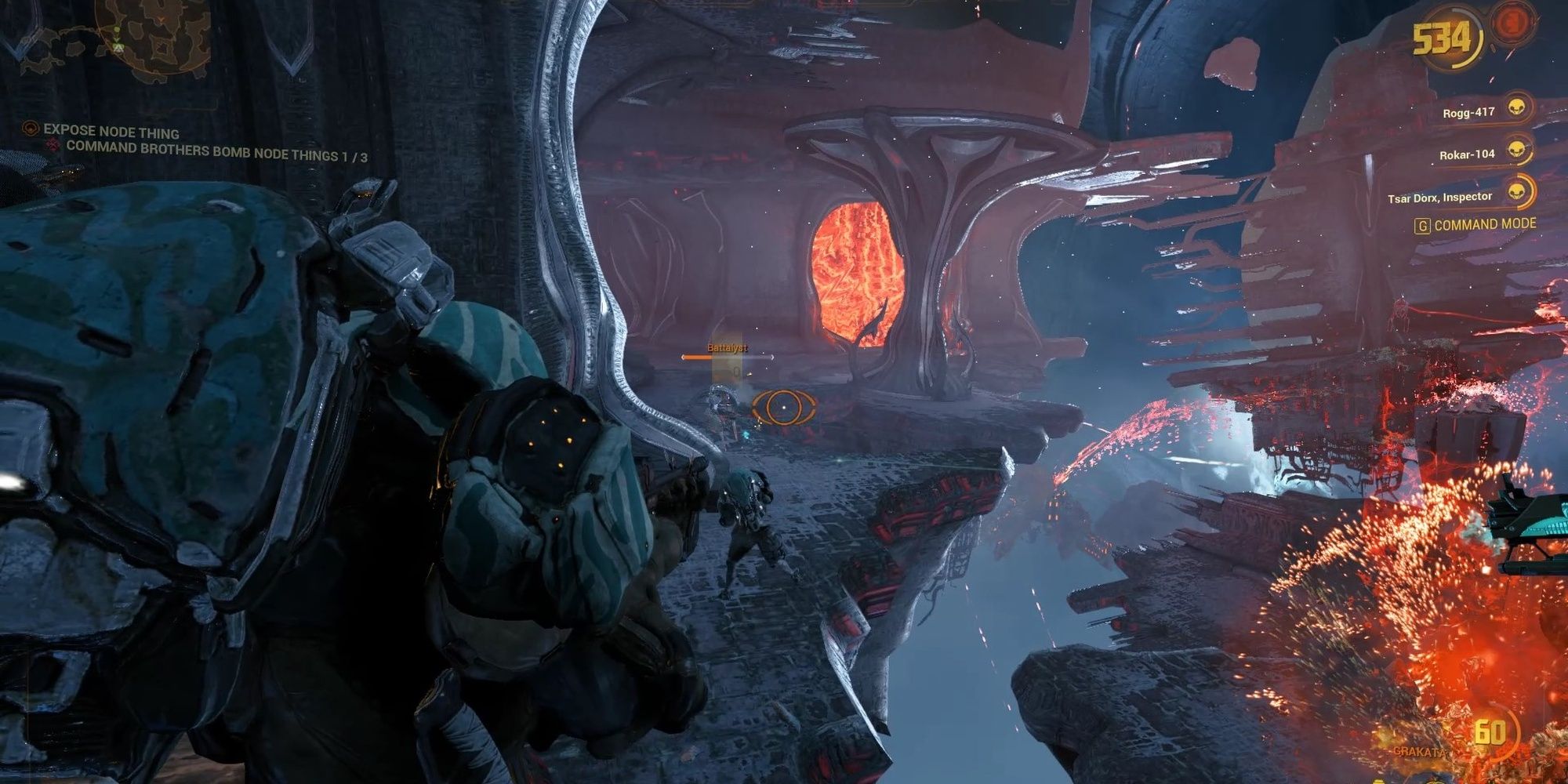 With a small squad at your disposal, you'll need to destroy a Sentient node before you can make your way out of the Murex. Order your soldiers to blow up the Immunodes. The Grineer soldier will plant a bomb that will detonate in a few seconds. Repeat this process two more times to destroy all the nodes. Keep a close eye on your other squad mates as you do this, as they can easily reach critical health from all the Sentient enemies that spawn.

If a squad member reaches zero HP, they'll become downed indefinitely. Walk up to the squad member and hold the interact key to revive them, much in the same way you'd revive a companion or downed player.

Get To The Dropship 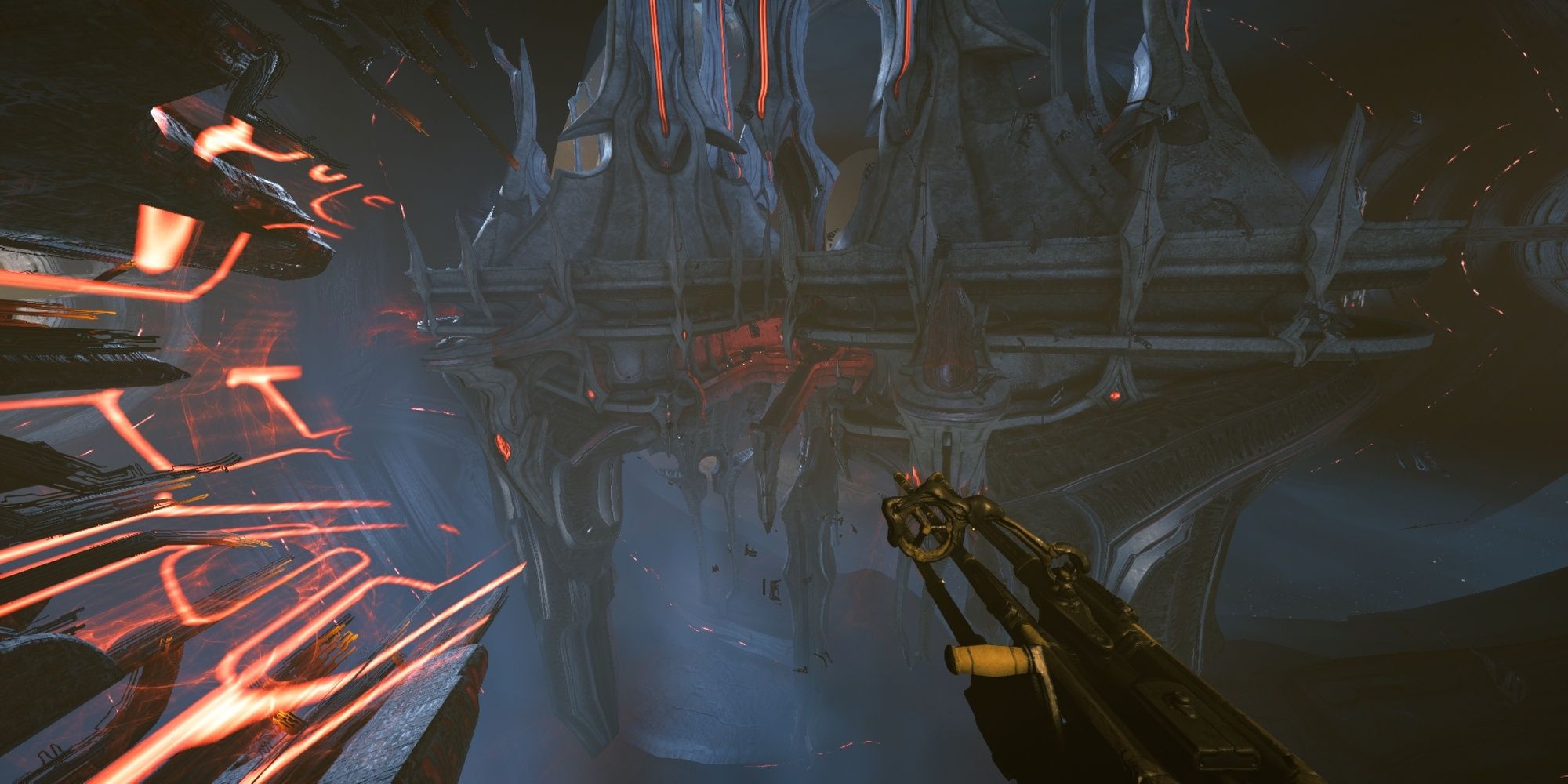 Now that you've rescued a few of your brothers, it's time to leave. Daughter has the location of a Grineer dropship you can use to escape. Hop on the back of the ship to man the Grattler turret. It functions just like the Grattler in Archiwng missions, creating a barrage of flak explosions if the projectiles travel a certain distance. Use the gun to shoot down as many Sentients as possible. Regardless of how many Sentients you destroy, the ship will crash in the Murex. You'll need to find another way out.

With the Grattler handy, you'll need to free two more brothers before you can exit the ship. This section functions the same as before; command one squad member to stand in a field while you defend the other. Repeat until both Grineer soldiers are free. Daughter will give you the coordinates to a Railjack you can use to escape. Follow the waypoint to reach your Warframe's Railjack, ending the quest. 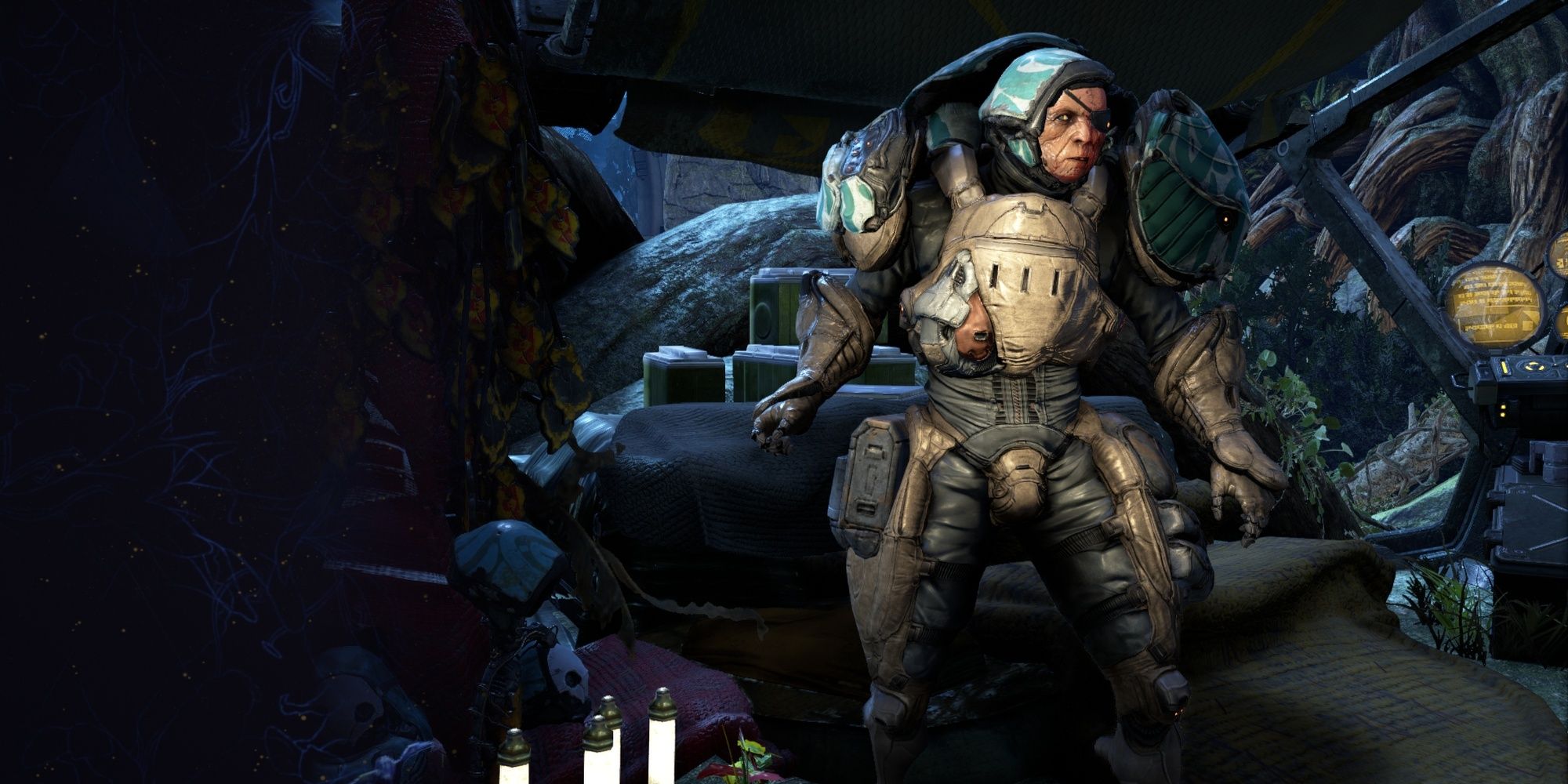 Completing the "Veilbreaker" quest unlocks Kahl's Garrison in the Drifter's Camp. This area allows you to start Kahl's weekly missions to earn Stock, a currency type you can exchange for Styanax parts, new weapons, and Archon mods for your Warframes. This quest also unlocks Archon Hunts, a tougher variant of Sorties that reward powerful stat-altering Archon Shards when completed.