Don’t let Warlander’s medieval aesthetic fool you, this game plays more like Fortnite than Mount and Blade or Crusader Kings. From the moment you start up this fantasy team battler, it borrows a lot from Epic’s genre-defining battle royale. The menus, the ready-up screen, and, yes, the season pass, currencies, and microtransactions, will all be very familiar if you’ve played even a few Fortnite matches.

I won’t spend this entire feature comparing the game to Fortnite, but there are a lot of similarities. From the cartoonish style, to how the weapons feel, to building siege weapons, During my preview period of the Warlander beta, the lobbies were also largely populated by bots, just like those early Fortnite rounds that gift you Victory Royales to keep you playing. When I encountered real players, though, I liked what I saw, even though I was losing more often.

I played mostly between two classes, the wizard and the knight. While the wizard can bring forth devastating lightning bolts and fire magic beams from his hands like little pew-pew lasers, ranged warfare doesn’t feel quite right. I’m not sure I should feel like I’m using an assault rifle when firing magical bolts, and the wizard’s special abilities – think MOBA-esque Qs and Zs – take a second too long to lock onto an opponent, and a click too many to feel intuitive. Hand-to-hand combat, on the other hand, feels far better, and I had a lot of fun with the Squire’s abilities. 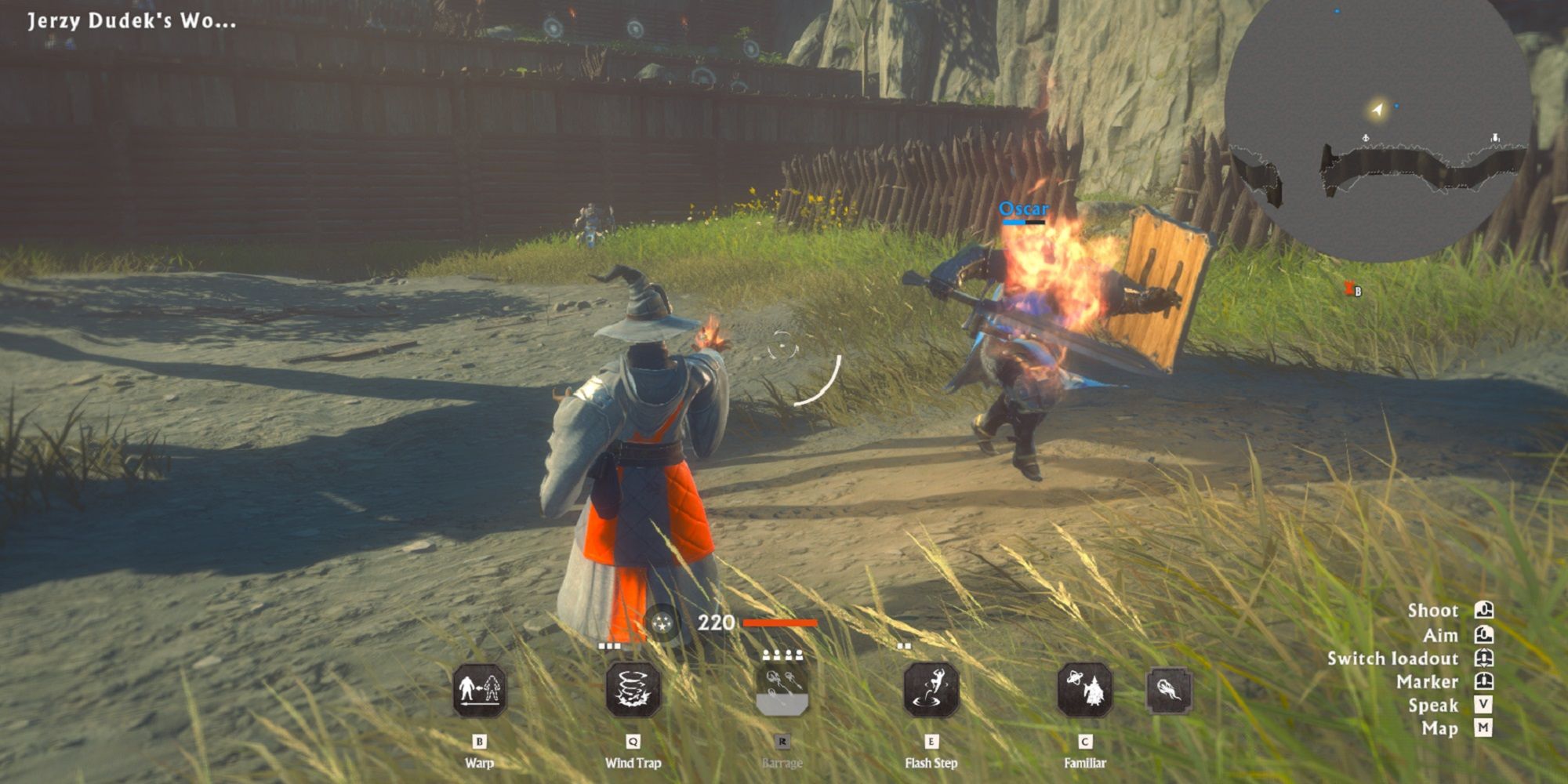 Have you ever felt so frustrated in a fight that you just want to body slam your opponent? In Warlander, that’s an option. As well as your usual stabs, lunges, and shield breaks, you can pick an opponent up and slam them into the ground, perform brutal finishers on weak enemies, and mix things up in ways that aren’t possible with the game’s shooting. The variety of swordplay, defensive stances, and wrestling moves keep things fun, but the best element of Warlander is the game mode itself.

Tower defense isn’t a new genre, and Warlander doesn’t iterate on it in a particularly interesting manner, but telling two teams of 20 to lay siege on one another’s castles with Fortnite-esque gameplay works surprisingly well. There’s slightly more to it than that; you capture towers in order to redeploy closer to your opponents’ lines, Fortnite’s material-collecting mechanic has been repurposed to allow you to build siege weapons like artillery cannons, emplaced miniguns disguised as crossbows, and lumbering mechs that you can pilot towards the enemy Core. The Core is the glowing heart of each castle, and the sole goal of the game is to destroy your opponent’s while defending your own. Breach their ramparts by breaking through castle doors or climbing over towering walls, and engage in the frantic battle within the keep to earn a well-fought win. 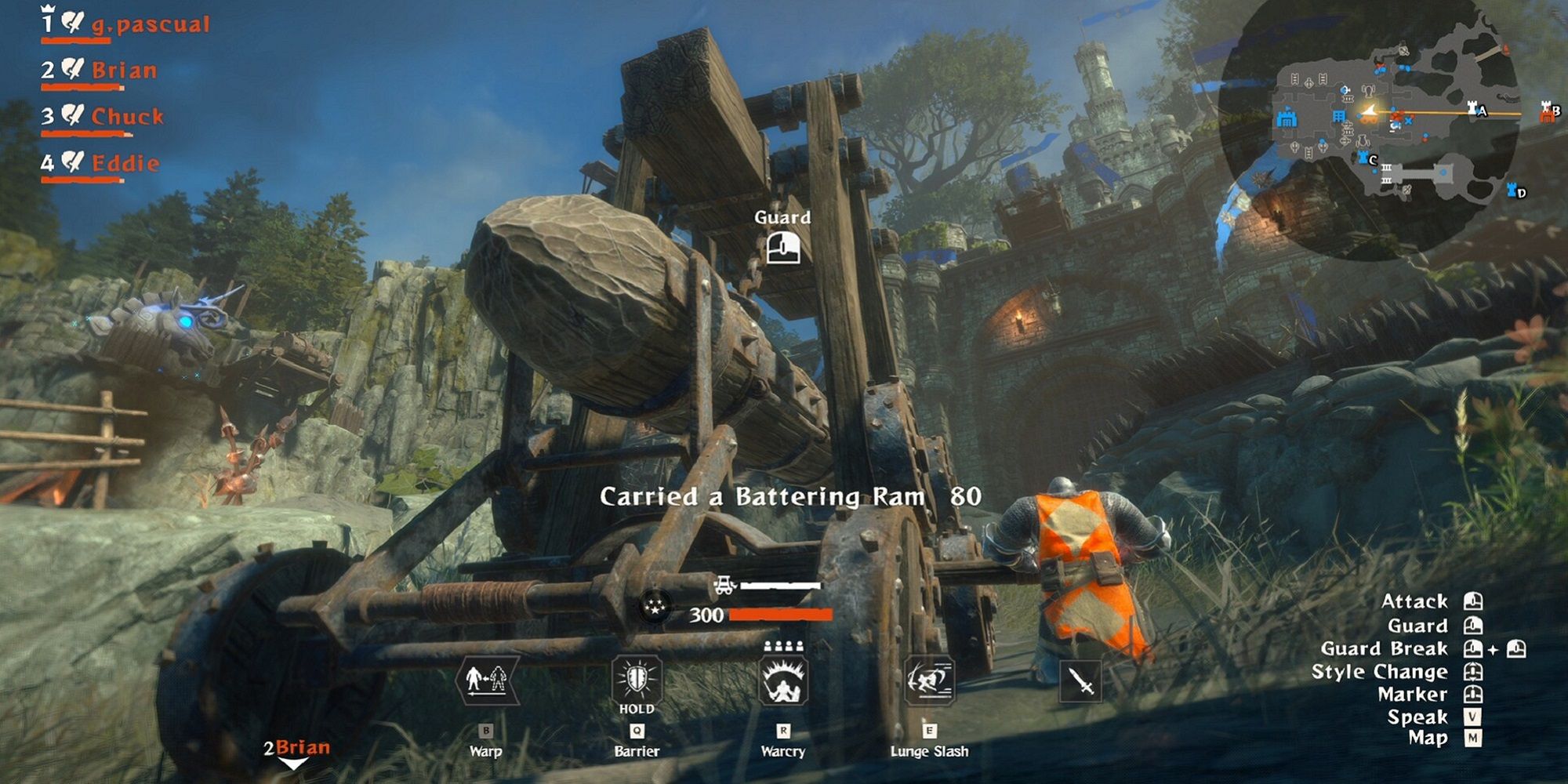 There are plenty of other systems, but most feel superfluous. You create a ‘deck’ of five characters with different specialisms or gear that you can choose from each time you redeploy. At the start of each match, you must choose whether you’ll be an attacker or defender and what tactics your 20-player roster must employ, but the team must be spread evenly. As you kill opponents and win matches, your characters level up and you unlock new equipment, which serves both aesthetic and power purposes. A better sword will not only look cooler, but allow you to do more damage. These are available to unlock by leveling up or through in-game store purchases. None of this feels vital, however, and if anything distracts from the fun found in the fighting.

Warlander creates a nice combination of styles, and the MOBA abilities work well with Fortnite fighting and tower defense strategies. However, I’d like the weapons to feel different to the games it takes inspiration from, and lose the redundant systems before matches start. Using magical abilities should feel heavy and hard, firing a machine gun-crossbow should be packed with the punch of recoil, and swinging a greatsword should take every ounce of effort. Warlander’s medieval aesthetic needs to be mirrored in the gameplay, and live-service games need to stand out, which it unfortunately does not. Warlander feels like a no-build Fortnite game mode, with no sliding allowed and building limited to siege engines. 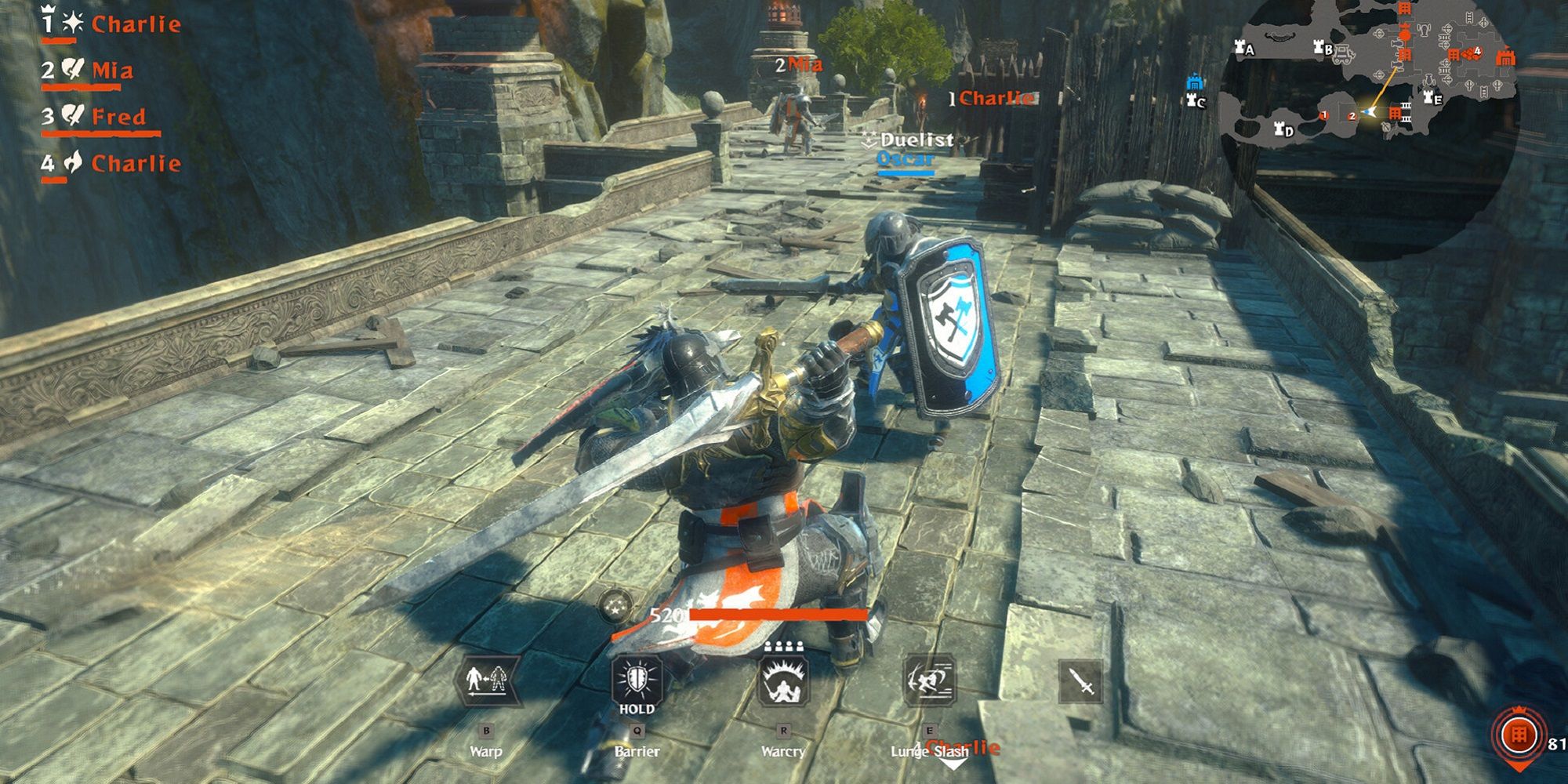 There are good parts – if ranged weapons were limited to the wizard class, and the game instead focused on hand-to-hand fights, it would stand out from the third-person shooter crowd more easily and emphasise its more engaging mechanics. As it is, I can’t help but feel Warlander will struggle to find its place in the gaming landscape and secure its footing enough to be a long-term success.