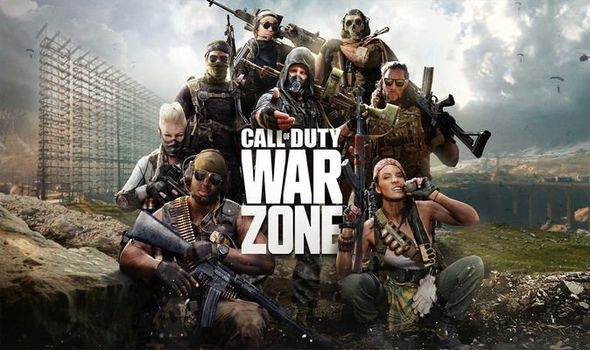 With a busy week of new content and special events being planned, things are about to get busy in Call of Duty Warzone and Black Ops Cold War.

And before the next Double XP and free access days arrive, developers Raven Software have made some important changes.

As confirmed in the updated Season 4 Reloaded patch notes, several high-profile bugs have been removed from the game today.

This includes the removal of the “Report Offensive Chat button” due to a crashing issue when using it on consoles.

Raven Software has also removed an annoying bug that provided more recoil for the C58 Royal & Kross 4x Optic than it was supposed to.

What it doesn’t list is a fix for a recent invisibility glitch that has re-entered the Verdansk region.

According to gamers trying to enjoy the Battle Royale experience, Warzone players have found a new exploit connected to the Red Doors.

For those who might not have found one yet, a Red Door provides a fast-travel option for those who want to escape an area.

They can usually be located after hearing a humming sound and appear to move around the map.

This means finding one can be difficult, but initial reports suggest that being sucked into one rewards you with several Orange crates.

Gamers who are lucky enough to find a random Red Door can be rewarded with Advanced UAVs and a trip to a new location on the map.

However, the Red Door system is reportedly being misused by some to become invisible and win games using the exploit.

This doesn’t make them invincible, so they can still be eliminated, but not seeing your enemy makes it very difficult to win gunfights.

The full patch notes from today’s Call of Duty Warzone update can be found below and include the following changes:

Removed the Report Offensive Chat button while we investigate a related crash.

Fixed an issue with the C58 Royal & Kross 4x Optic where it was incorrectly affecting recoil.

Fixed an issue causing Dead Silence to remain active for the entire match if the Player used it seconds before the prematch lobby ended.

Fixed an issue causing the Sentry Turret Killstreak map icon to not move when placed on the train.

Fixed an issue with the flavor text on various Blueprints.

This week has also seen a number of Warzone tournaments announced, with Activision confirming this week:

Details from Activision confirms that there are still three more events to watch this week, including:

“On Wednesday, July 21, it’s the battle of KARNAGE Clan! Members of the popular org will battle it out in the KARNAGE Clan’s Warzone Clash for their share of $5,000.

“Next, gear up for the second round of the Sadie Hawkins Warzone Series, which features a lineup of all women captains dueling it out in Verdansk for $10,000. The second event kicks off at 12PM PT / 3PM ET on Thursday, July 22.

“Finally, on Friday, July 23, the Community Warzone Invitational continues with the third event in the four-event series. The tournament focuses on up-and-coming Warzone talent, with each event featuring a $10,000 prize.”