We begin in a dungeon, both partners separated from each other by a locked door. One player can see “…of our parts.” written on the wall behind them. Meaningless words, until they’re combined with the message on the other side, “We are the sum…”. This is the entire tutorial for We Were Here Forever, and it tells you everything you need to know about the dozens of puzzles that lie ahead of you.

Four games in, it’s astounding how much mileage Total Mayhem Games has gotten out of such a simple concept. We Were Here Forever uses the formula in its most refined form yet and maintains a strong pace – albeit with a few major stumbles – despite having a run-time slightly longer than all the previous entries combined.

We return once again to the abandoned castle where a corrupt king and his ignoble jester are locked in an eternal, ethereal battle. While the series has traditionally been pretty light on story, We Were Here Forever finally brings the history of Castle Rock into sharp focus. Narrative is woven into many of the puzzles, much in the way that the original We Were Here’s Theater Puzzle broadly explained the Mad King’s descent. We learn a lot more about the specific residents of Castle Rock, as well as the citizens of the nearby town of Rockbury, and by the end there’s something of a resolution that ties things up nicely. It’s a well deserved pay-off after four games, but the greater emphasis on story sometimes gets in the way of the puzzles.

Tonally, We Were Here Forever recaptures the dark, horror-tinged personality of We Were Here Too. Vision, and a lack thereof, is a constant theme throughout, and partner-led navigation – whether it's through the crypts beneath a graveyard or in the sunken mines where oxygen is limited – lead to some harrowing moments of claustrophobia and helplessness. It does a good job of balancing casual encounters with tense ones so that you aren’t in a constant state of panic, but there are still a good number of high-stress puzzles. The handful of jump scares and deadly puzzles shouldn’t turn off sensitive players though – unless you’re deathly afraid of clowns.

The We Were Here series is at its best when it’s iterating on the core concept of sharing information in order to discover solutions; combining obscure clues to make something greater than the sum of its parts. We Were Here Forever has some of the best examples. During an underwater excursion, one person is tasked with interpreting messages from a sea creature and relaying them to their partner, who has the resources to translate the message and relay a coded response back. It’s a game of interpreter where neither player speaks the language, nor can they easily relay it to each other, since the creature speaks in sounds the human mouth is not equipped to make. When I told my partner, “It sounds like you’re flushing a toilet and the toilet is angry about it” and he responded, “Is the toilet being terse, or does it sound like it’s ranting at you?” I knew we had one of the series’ best on our hands.

Not every puzzle left us with the best impression though. Three in particular come to mind that share the same flaw. While We Were Here Forever’s best puzzles require both partners to be active participants, a small handful put nearly the full cognitive load on one player while the other stands by, occasionally feeding information when necessary. The worst example involves one player listening to a clue and relaying it verbatim, while the other reads through books of character bios to find which two people are referenced in the clue. While they search through each book trying to solve the riddle, their partner just has to stand around waiting. It just so happens that all three of these one-sided puzzles are also plot-heavy in theme. The final puzzle is a great set piece moment for the story, but it’s practically a gimme that requires very little from the players. Total Mayhem Games hasn’t quite nailed the layering of story and gameplay yet, but this is still a noticeable improvement over its thinly plotted predecessors.

It’s easy to forgive the occasional dud when there are so many excellent puzzles here – some of which are the best in the series, in fact. At roughly 11 hours, We Were Here Forever is twice the length of We Were Here Together, yet overall the puzzles are smarter. While it’s common for players to hit roadblocks in We Were Here Together, We Were Here Forever never slowed us down for want of understanding the processes. The solutions were frequently difficult to come by, but we never stood around wondering what it is that we were meant to do. Forever does a better job of making the execution the challenge rather than deciphering the intent of its puzzles. It’s a big change from the previous entry, and as a result its challenges are far less frustrating. 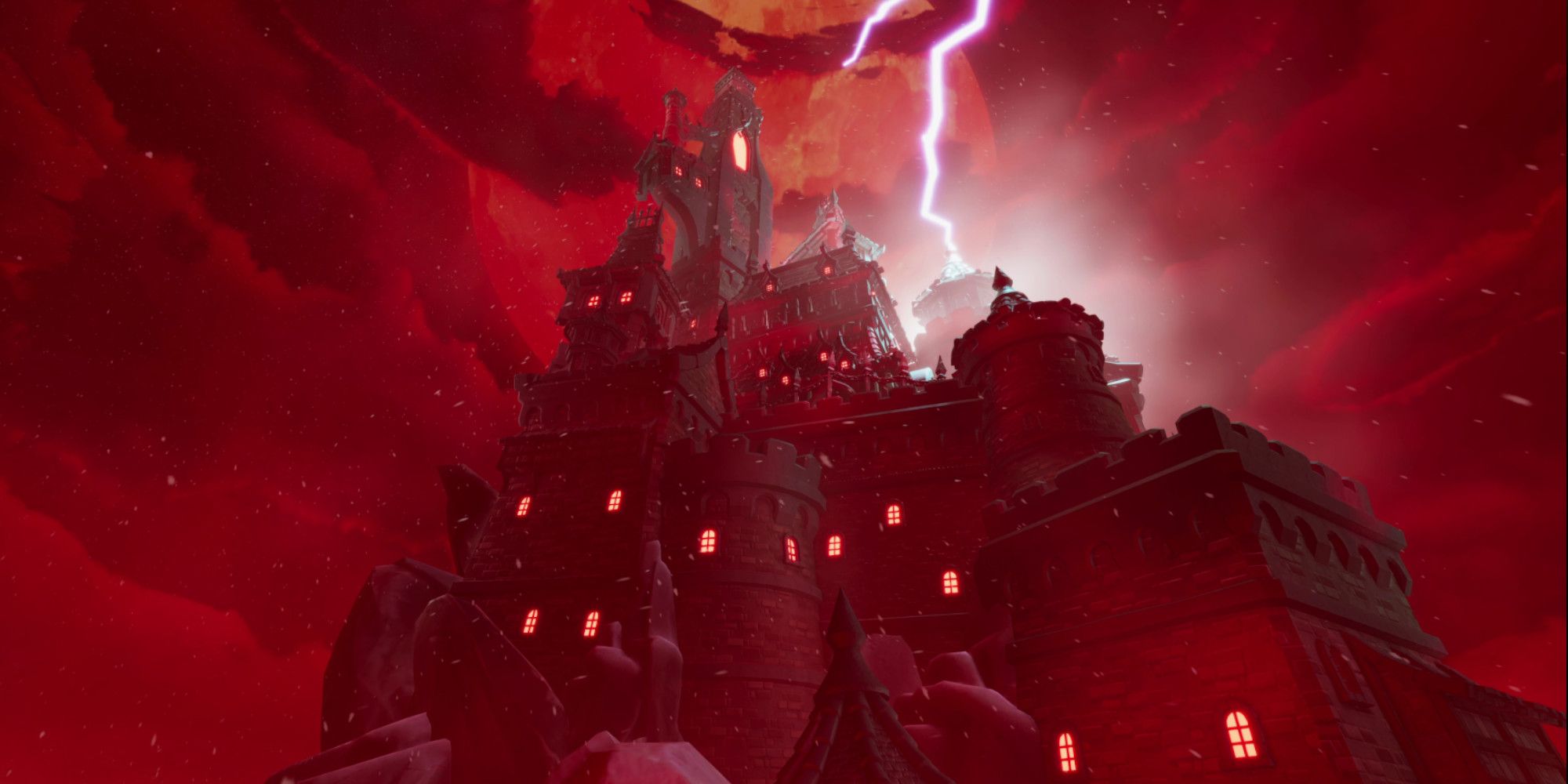 A great example is a potion-making puzzle you encounter during the exceptional Nautilus chapter. Fans of the series may wince at the mention of potion-making, but this version presents the solution plainly, then challenges you to complete the potion-making steps within a time limit, with each player creating half of the ingredients and passing them back and forth in floating bowls across a lazy river. When the encounter begins you’ll understand immediately what you need to do, and the challenge is figuring out how to execute each step efficiently. It’s essentially We Were Here’s take on Overcooked, and it’s one of the game’s most satisfying puzzles to complete.

It’s an easy recommendation for any one already invested in the series, but to the five million couples that played It Takes Two last year: We Were Here Forever should be your next co-op adventure. As the longest and most approachable entry, it’s a great place to start even if you don’t intend to play through all four games – though the second you finish Forever, you’ll almost certainly want to go back for more We Were Here. It’s been a delight to watch We Were Here grow from a student project into one of the best puzzle series around, and I can’t wait to see how Total Mayhem Games takes its signature style beyond Castle Rock next time.