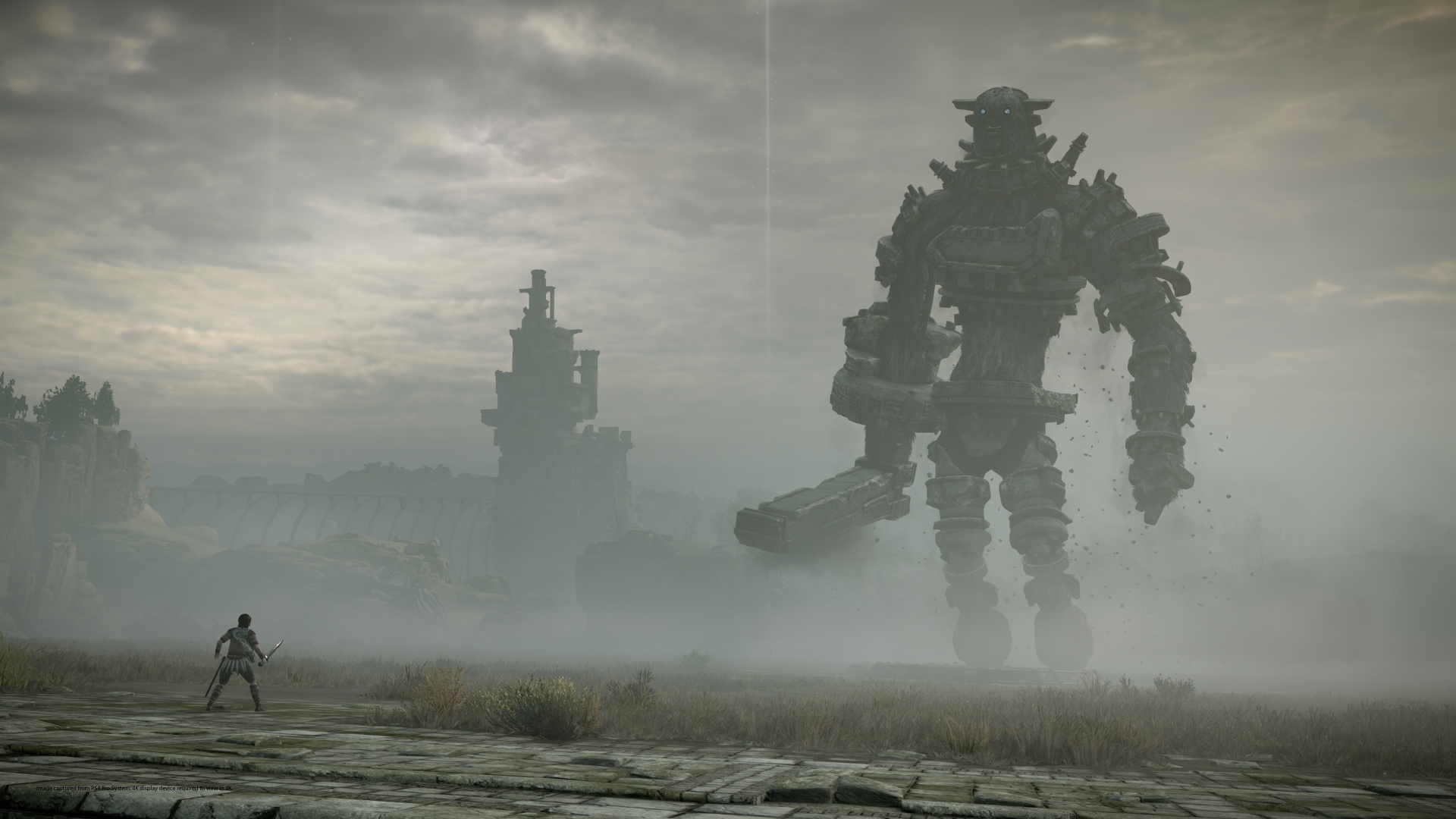 Readers debate their favourite PlayStation only games from across the years, from Metal Gear Solid to Bloodborne.

The subject for this week’s Hot Topic was suggested by reader Tosh, who was inspired by the recent launch of PS Plus Premium and its easy access to classic PlayStation titles. Although any game that was exclusive at the time of release qualified, whether it was made by Sony or not.

Lots of games, for almost every PlayStation format, were mentioned, although with a particular bias towards the original PlayStation and the most recent two consoles. Which suggests that while nostalgia is strong Sony is still hitting the right notes.

Release order
This is a tricky one, especially as while Sony’s overall quality has increased greatly over the last generation they have also become more formulaic. God Of War is, I would say, the best use of that formula and an excellent game that actually achieved the impossible by having me like Kratos as a character, or at least not completely hate him.

For me though the absolute best exclusive is the Ico trilogy. The only difficultly is deciding which one. I think The Last Guardian is the weakest, even if it’s still good (like World’s End compared to Hot Fuzz) but comparing the other two is tricky.

As great as Ico is I think there’s a lot more subtext going on with Shadow Of The Colossus, which is just a beautifully clever game that says so much with hardly any dialogue. I feel a bit off recommending the PlayStation 4 remake, which I felt added nothing, but that is probably the best and easiest way to experience. Just make sure you play Ico first, so you understand the ending!
Nobody9463

One is enough
I had to check the release dates on this first, but the answer was obvious as soon as I knew it was only on PlayStation for a time and that was Grand Theft Auto: San Andreas. At the time the ambition of San Andreas was absolutely crazy to me, the size of the world which included three cities, a desert, forest, and a mountain – it seemed impossibly big to me.

They also added some light role-playing mechanics, planes, and other vehicles. The prospect of playing this game was astonishing to me pre-release and it lived up to my expectations and then some. I ended up spending countless hours in that sandbox on my PlayStation 2. It came out at a time when the secrets of games weren’t spoiled within hours of being released so there was a lot of pleasure from just exploring the world to see what you would encounter.

The soundtrack was great, had some cool missions and memorable characters too. I haven’t gone back to it in the recent collection due to the poor reports about it, but I don’t know if maybe if it’s better if I just keep my fond memories of the game rather than revisit it and notice the parts which have aged badly. As I write this though, San Andreas is my favourite GTA game and was a reason to buy a PlayStation 2 for my money. Had I only had this one game with my PlayStation 2, I would say it was money well spent.
Angry_Kurt (Twitter)
Now playing: F1 22 (Xbox Series X) and Kirby And The Forgotten Land

Original Ape
I honestly think Ape Escape 1 and 2 are my favourite and I hope their appearance in PS Premium creates a new interest for the series. Although I don’t expect that will matter now that Sony has shut down the developer.

I miss those early eras of PlayStation, when Sony was happy to do silly or family friendly games. Nowadays everything has to be super grim and serious. I enjoy The Last Of Us as much as anyone but I really dislike that there’s now a ‘Sony formula’ that too many exclusive fit.

Ape Escape didn’t have any formula. 3D platformers barely even existed when it first came out and that’s much more interesting to me than just a slightly better open world zombie game.
Krispy

Any old War
As a surprise to no one, God Of War was and is still the best Sony exclusive. Doesn’t matter which one, they were all spectacular. Even 3, which is considered the weakest entry, damn you Zeus and the odd Gaia ‘heel’ turn.

Thinking about it. Being the age I am and the lack of channels we had back in the day it’s no surprise a game series like this caught my attention so completely. Sinbad’s adventures, Clash of the Titans, and other adventure films were never of the four channels we had. Small men fighting giant monsters and gods from old myths and religions.

Bit of a tangent there but back to the matter at hand. God Of War is the reason I own a PlayStation 3 and 4. I’m hoping now that it does go either multiformat or release on PC at the same time as the next one comes out as I’m not buying a PlayStation 5 or 6 probably for the next game. I play through the games almost annually. They are just that embedded in my life now.

I just wish they’d put out a collection for everything that’s been out including Ragnarök and they’d all work on the PlayStation 4.

Bit of a pain to dig out the old consoles to play through the series again but joy replaces that when I’m bulldozing through those pesky Gorgon’s and minotaurs and giving Chronos his much needed manicure.
Bobwallett

GC: They’re all available on PS Plus Premium.

Better than everything
Notable mentions would go to Final Fantasy 7 and 9, Metal Gear Solid, Vagrant Story, Gregory Horror Show, the truly majestic Team Ico trilogy, Katamari Damacy, Puppeteer, The Last Of Us, Nex Machina, God Of War and a few more that I’ve unfortunately forgotten. The closest to take the top spot would be between the truly unforgettable Journey, the gloriously entertaining and jaw dropping experience of Astro Bot: Rescue Mission (I will be taking drastic action if they don’t make a sequel on PlayStation VR2).

Plus last year’s game of the year Returnal, a title which contains the best 3D gunplay in gaming tied to a cosmic horror story which plays perfectly on your own sense of bewilderment and trepidation at dying three hours into an epic run. Toppling a boss in an epic match after three hours of palpable fear, and having to just calm down from the tension, was as intense as any gaming experience.

And speaking of cosmic horror we get to the pretty obvious choice for best PlayStation exclusive… Destruction AllStars. I mean Bloodborne. It’s only the performance which I would call a flaw in this masterpiece. The setting oozes an oppressive atmosphere, the aggressive combat mechanic is sublime, the story is wonderful, the art design is incredible, the soundtrack is spine-tingling and the level layout is, for me, far superior to Elden Ring.

Because it’s a smaller game it feels much more focused. Everything just gels so perfectly and once you get into it then Bloodborne starts to eat away at your mind. You think about it when playing, sleeping, and whilst you’re meant to be working. Interacting with fellow Bloodborners online and asking about their experiences or advice, reading up on the lore. Eating your DualShock as Abhorrent Beast refuses you time to heal and going for the platinum trophy. It’s the pinnacle of gaming and for me it’s the best game ever made.
Wonk

Catalyst of change
My favourite exclusive is Metal Gear Solid on the original PlayStation.

I was a Saturn owner at the time and by that point the writing was on the wall for the console. As soon as I saw Metal Gear Solid in action, I knew I’d backed the wrong horse and ended up jumping ship to the PlayStation 1.
Rangersingh (PSN ID)

Truly my number one PlayStation 1 exclusive and an absolute delight as my first proper Japanese role-player. Without saying too much cliched stuff about it, it was a breath-taking and emotional rollercoaster of event after event after event.

Once I got use to the battle system and levelling the characters of the game, it became second nature. The remake has once again got me back into it, but with the story changes and the characters’ altered fates bringing more excitement then ever. I cannot wait for the second instalment. Awesome music and graphics are extra goodness.

This was the only game to possibly nearly rival Final Fantasy 7 and the store assistant said they thought it may even be better! I agree that this is a one-time only game which even beats A Link To The Past from Zelda’s SNES gaming catalogue.

It plays like an early Zelda game but with better puzzles and graphical effects and even the world you explore is bigger and better and so very diverse with a variety of environments to explore. The story is possibly one of the best and this helps with the emotional connection.

I really can’t express how good Alundra is and even now it’s still up there with all the best indie games out currently, with such an awesome soundtrack also. Just don’t mention Alundra 2! Nothing like the original game.

3. Castlevania: Symphony Of The Night

Like a classic film with the ultimate soundtrack and locations. The gameplay is like Super Metroid but in a gothic setting, where enhancing your character Alucard with more skills and magic, better clothing and more powerful weapons, keeps the gameplay extremely varied. A huge castle to explore with the upside-down castle to take on and fully complete after the normal castle. The soundtrack is one of my all-time favourites.

The game which made Resident Evil bigger than ever. Resi 1 was good, Resi 2 was the best! And really CODE: Veronica or Resi 4 would be the only contenders to come close to the second instalment. Such a good opening and I was absolutely nervous and chilled to the bone en route to the Racoon City Police Station entrance hall.

Another classic soundtrack and of course this matches the deliciously terrifying environments around you. The remake was awesome, with some characters’ storyline extensions making it even better and more absorbing. But the original Resi 2 was the one which creeped me out the most.

This was like being in a huge, big budget film and I did not think the original PlayStation could handle so much speech and music, plus the well realised design of the military buildings. Mind blowing really.

The gameplay did not fail to impress me with ingenious mechanics to discover and use. Loved the gunplay and the stealthy combat involved in this genre defining series.

The colours were kind of a bit too much in the blue and grey spectrum but I was definitely not a dissatisfied customer with other parts of the game, with its bosses and storylines which had so many twists and turns, overriding any other failings. Another classic and no wonder the original PlayStation was the most popular console back then. Very revolutionary indeed.
Alucard