Warzone 2 is a mess. It may be a less predatory upgrade than Overwatch 2, but it’s also somehow even more broken. You’d think ‘working’ would be a prerequisite for games to release, but these days developers have rigid schedules to hit and too much on their plates. We’ve seen it with Pokemon Scarlet & Violet, which looks terrible, runs even worse, and would still be a subpar game if it was technically perfect.

I’ve already compared Call of Duty and Pokemon for their buggy, unfinished releases, but there are similar reasons behind that too. Aside from the insidious capitalism that forces games out at unsustainable rates, Warzone had to release near Modern Warfare 2. Pokemon has far more deadlines to hit – the games tie in with TCG releases and the anime (if that’s still a thing) – and that’s likely why it wasn’t delayed. But how long is it before we give up on these games?

Pokemon is a one and done. I’ve finished the story and once I’ve completed the Pokedex, I’ll only play on alt accounts for Nuzlocke runs or making competitive teams to fight in ranked – if battles get fixed, that is. Warzone, on the other hand, is a true live-service game that aims to entice you back week after week for more shootouts with the boys. 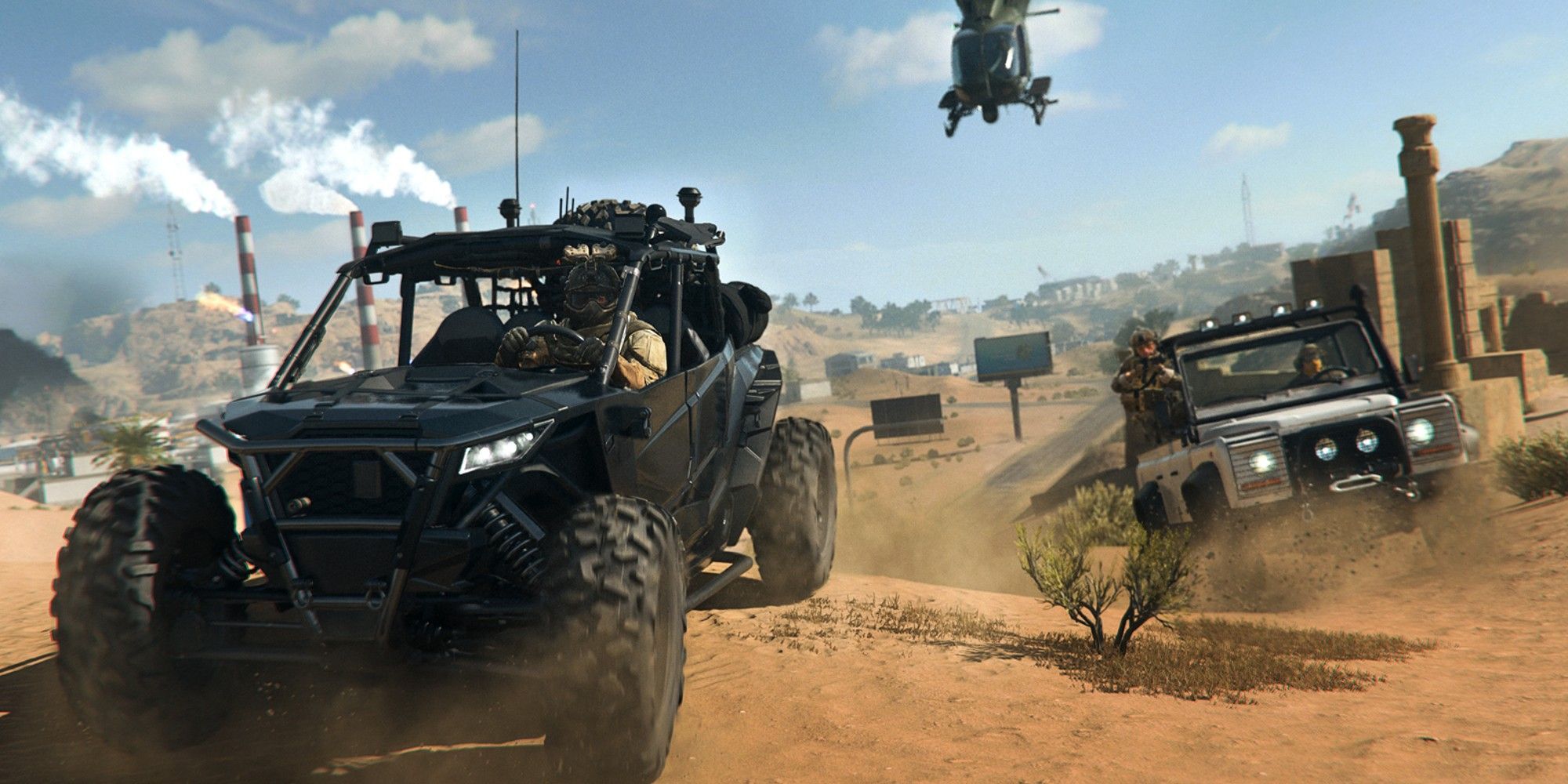 Warzone’s bugs are more egregious because it’s competitive. When you’re fighting another player, an actual person, and they’re completely invisible because of a glitch or hack, the game doesn’t feel fair. When opponents can hide in the gas for minutes without taking damage, it encourages you to switch off and play a different game. Apex is feeling a little slow right now, but at least there are fewer cheaters.

Ironically, some glitches are what keep me playing. When you could level up weapons by placing a mine on top of a tank, that was great fun. Now you can get infinite cash through some trash can trickery, which also levels up your weapons. I love watching the little numbers tick up when they shouldn’t, but this is indicative of a larger problem: I get more enjoyment out of gaming the system than I do from playing the battle royale. Any chance to skip the grind, to unlock perks and upgrades without working for them, I’ll take it. Because playing Warzone isn’t very fun right now. 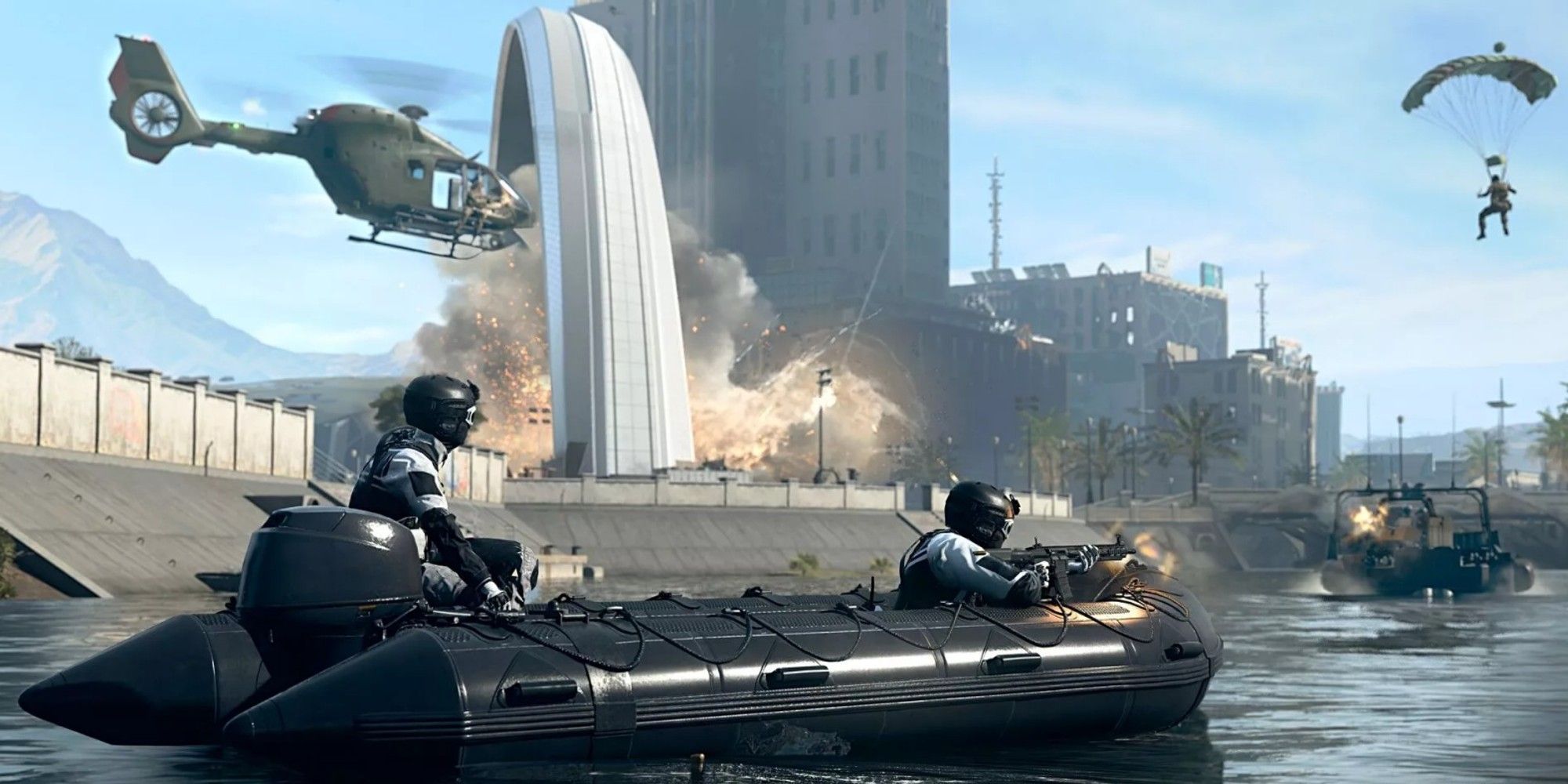 The most recent glitch I’ve noticed some players encountering is that, when they launch the game from Steam, it instead restarts their PC. Surely that’s a sign? Warzone doesn’t want you to play it. It’s gained sentience and gone rogue, and is actively warning players from logging in. I’m joking of course, but it’s the latest in a long list of bugs that render the game unplayable. Whether you’re getting sniped by a completely invisible opponent or can’t even open the game, it’s all the same: it’s decidedly not fun.

So how long do we give it? I’ve already stopped playing a lot of Warzone, but what will be the straw that breaks my back and pushes me to uninstall completely? It’s full of game-breaking bugs and I’m killed by cheaters more than by regular players; what other game would we give the benefit of the doubt to for this long? Pokemon, maybe, which is equally broken at present. These games aren’t good enough, and players deserve better. Everyone has their own tolerance for bullshit, and I think my goodwill has been used up. I’m going to play something better, something that works as intended. That’s the least I can ask for.