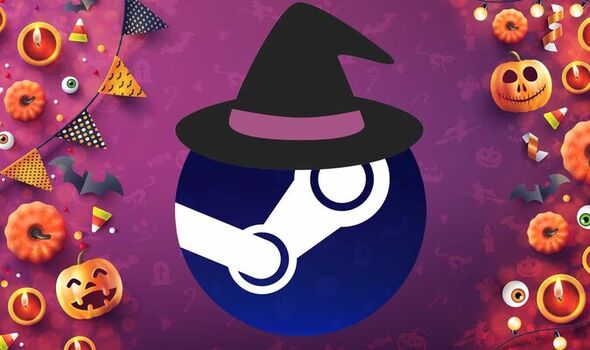 A start time of 5pm BST is expected in the UK for the next Steam sale. For those in other regions here’s the times to set you alarms for…

The Steam Halloween sale 2022 is expected to run until Tuesday, November 1.

In terms of what discounts will be in store for PC gamers and Steam Deck fans there are some obvious candidates.

Seeing as it’s a Halloween sale it’s likely the sale will be packed to the brim with survival horror games that have got a big discount.

So we’re likely to see similar games get discounts, along with plenty of others, in this year’s Steam sale for the spooky season.

After the Steam Halloween sale 2022 the big sales to lookout for the remainder of the year are the Steam Autumn sale 2022 (which kicks in around the time of Black Friday) and the Steam Winter sale 2022.

The Steam Autumn sale 2022 is expected to launch on November 22 while the Steam Winter sale 2022 looks set to begin on December 22.

For those in Blighty the Steam Deck is available to order from £349, while the official Steam Deck Docking Station is priced at £79.

In a blog post Valve said: “It’s been more than a year since Steam Deck was first announced. Since day one we’ve been dealing with numerous supply chain issues and component shortages. While the team worked to resolve these issues and catch up with demand, we implemented a reservation system. This system enabled customers to save their spot in line without having to worry about refreshing pages, fighting scripts, or battling bots.

“The team has worked hard over the past year to address shortages and solve logistics issues, and because of these efforts we’re now manufacturing and shipping Steam Decks at our highest rate ever. Despite the ever-increasing reservation rate, we’ve been able to beat our shipping estimates, and as of today, finally complete the queue.

“Having said all that, our production, processing, and shipping bandwidth is still finite. If order volume for a specific model of Steam Deck grows higher than our ability to ship it in a timely manner, delivery estimates will lengthen, and at a certain point we’ll flip back into reservation mode until we’re able to catch up. Just as before, customers will have their place in line saved, and they’ll receive an email when their order is ready. Once we’ve caught up and served all outstanding reservations, we’ll flip back into taking orders.”