Whether you believe in astrology or not, reading zodiac traits and predictions can be great fun. Sometimes they’re spot on (thanks partly to their vague descriptions), and other times they’re so incredibly wrong, you don’t know where to start correcting. Still, each seems to have a bit of truth hidden somewhere inside.

Street Fighter has introduced many exciting and unique characters to the series over the years. While each offers a reason to play as them, you may find a kinship with one character over the rest, particularly based on your zodiac sign. 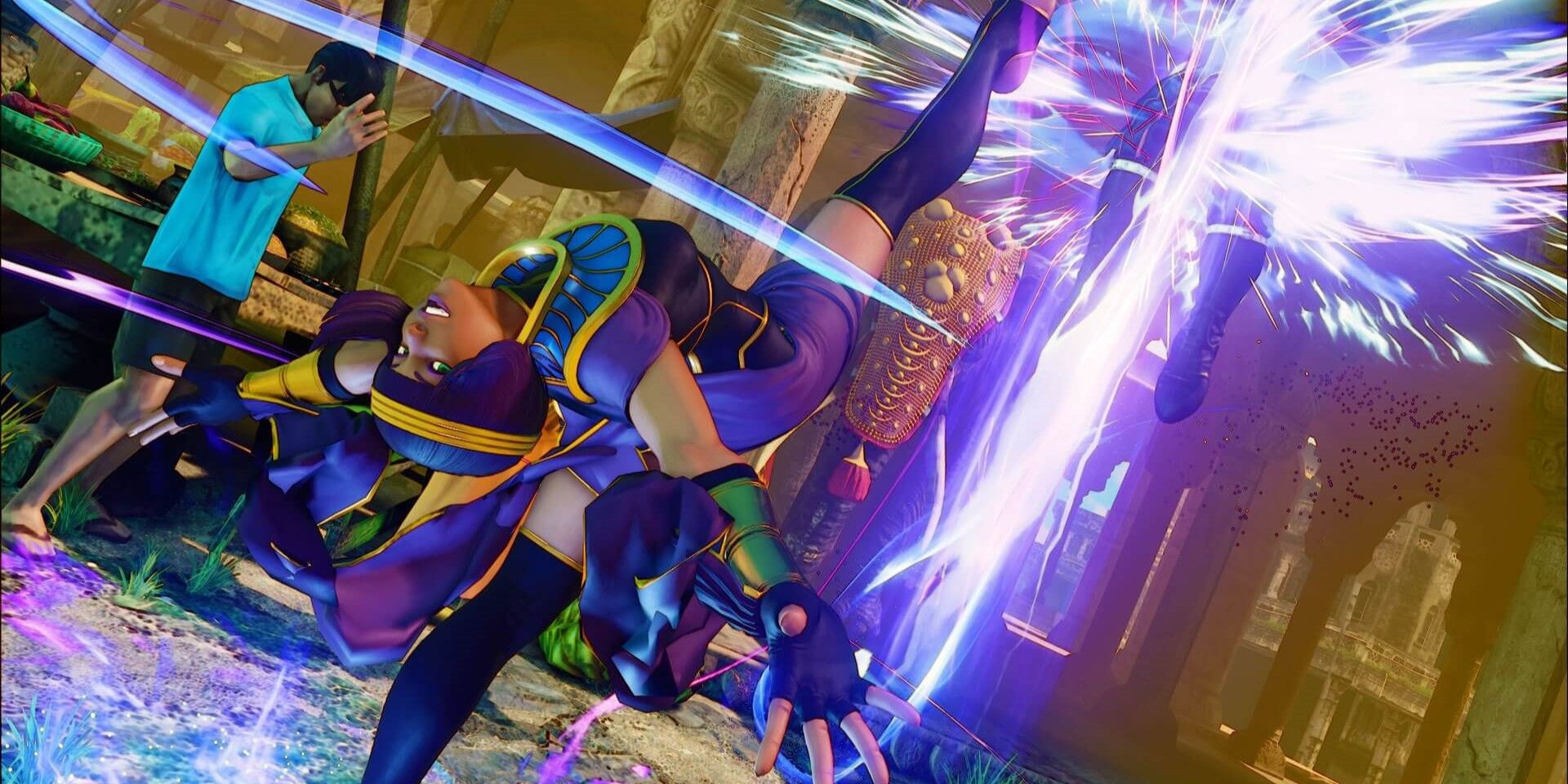 Menat is probably the most childish character on the Street Fighter roster and seems flighty and spacey at best. Even though she seems overly perky and immature, she maintains a respectful and polite demeanor with those around her, even if they find her annoying.

Aries like yourself will no doubt empathize with Menat since you’ve been called annoying or childish most of your adult life. What most people fail to realize, however, is that bubbly personalities like Aries are what keep the day from getting dull before lunch. You offer a different perspective on tasks that can help the more serious signs see a new path forward. 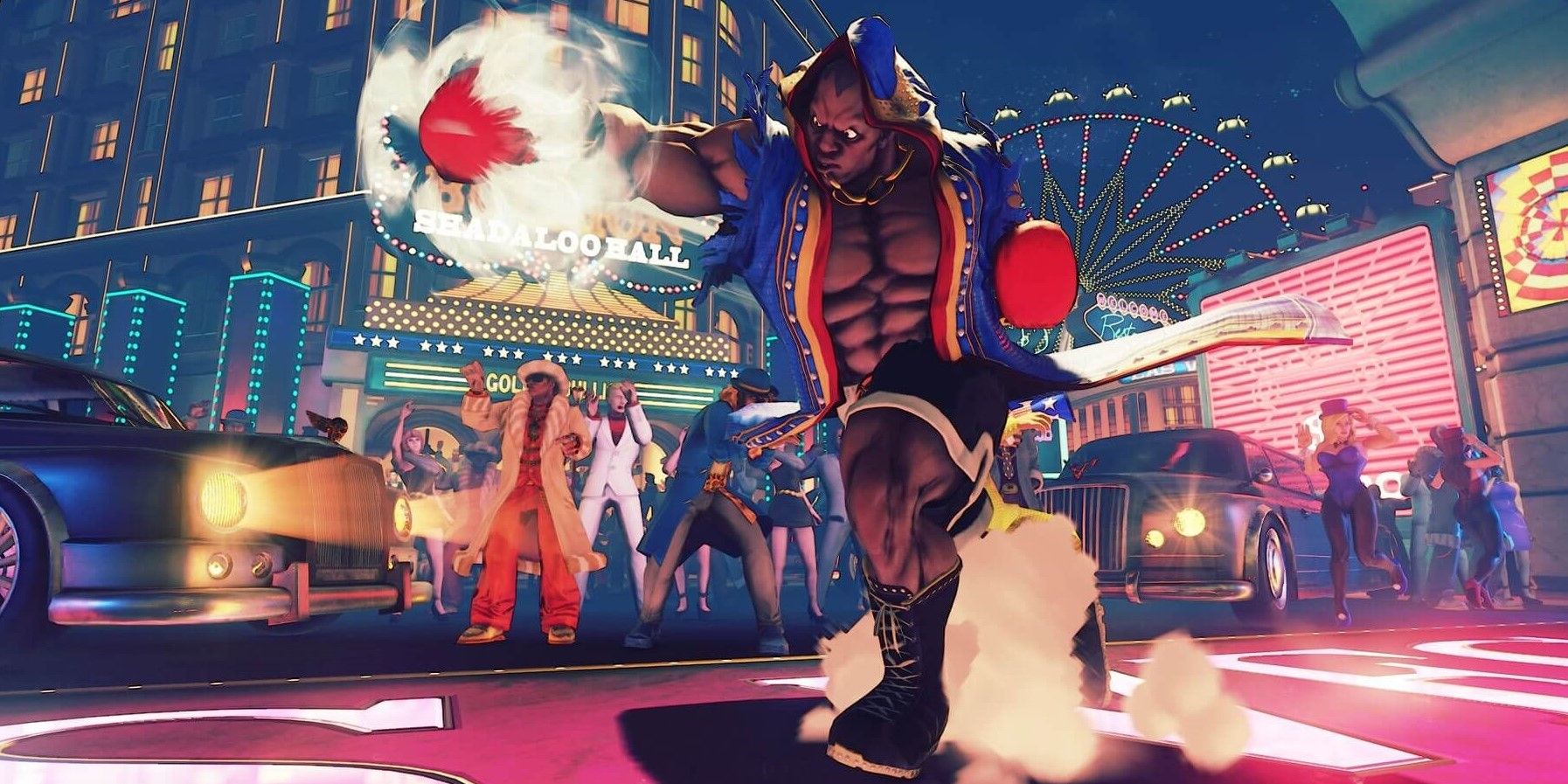 Balrog might not be a character you want to relate to due to his short temper and sadistic streak, but he has good traits – he just applies them toward evil. Growing up in poverty, Balrog is street-smart, cunning, and physically strong. He quickly gained fame as a fighter, though his background made him money-hungry.

While you (hopefully) aren’t pursuing a career in evil, dear Taurus, you will find his materialism and stubborn nature relatable. You’ll also find his crueler side understandable, as you most likely find your mind shifting toward revenge when you’ve been wronged. 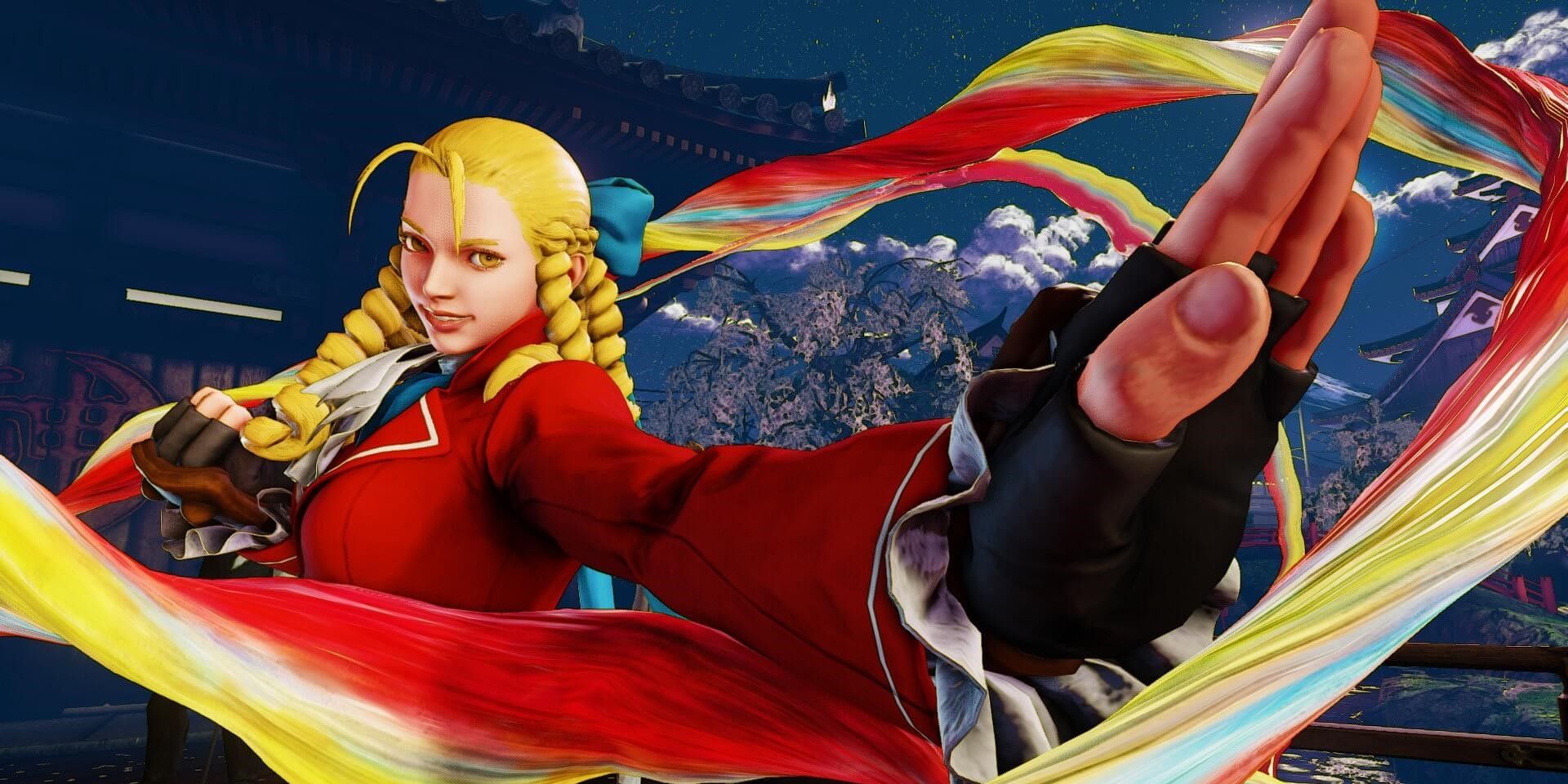 Karin is portrayed in a few different lights throughout the Street Fighter world. Sometimes she’s seen as arrogant, snobby, and overall entitled, while other times, we’re introduced to a meeker Karin that keeps her cool in any situation.

Regardless of which side of Karin we see in a given Street Fighter game, Geminis will find her duality normal and comforting. Geminis are some of the most sarcastic in the world, which can come across as arrogant at times, but they’re also incredibly charming and can calmly move from social circle to social circle without missing a beat. 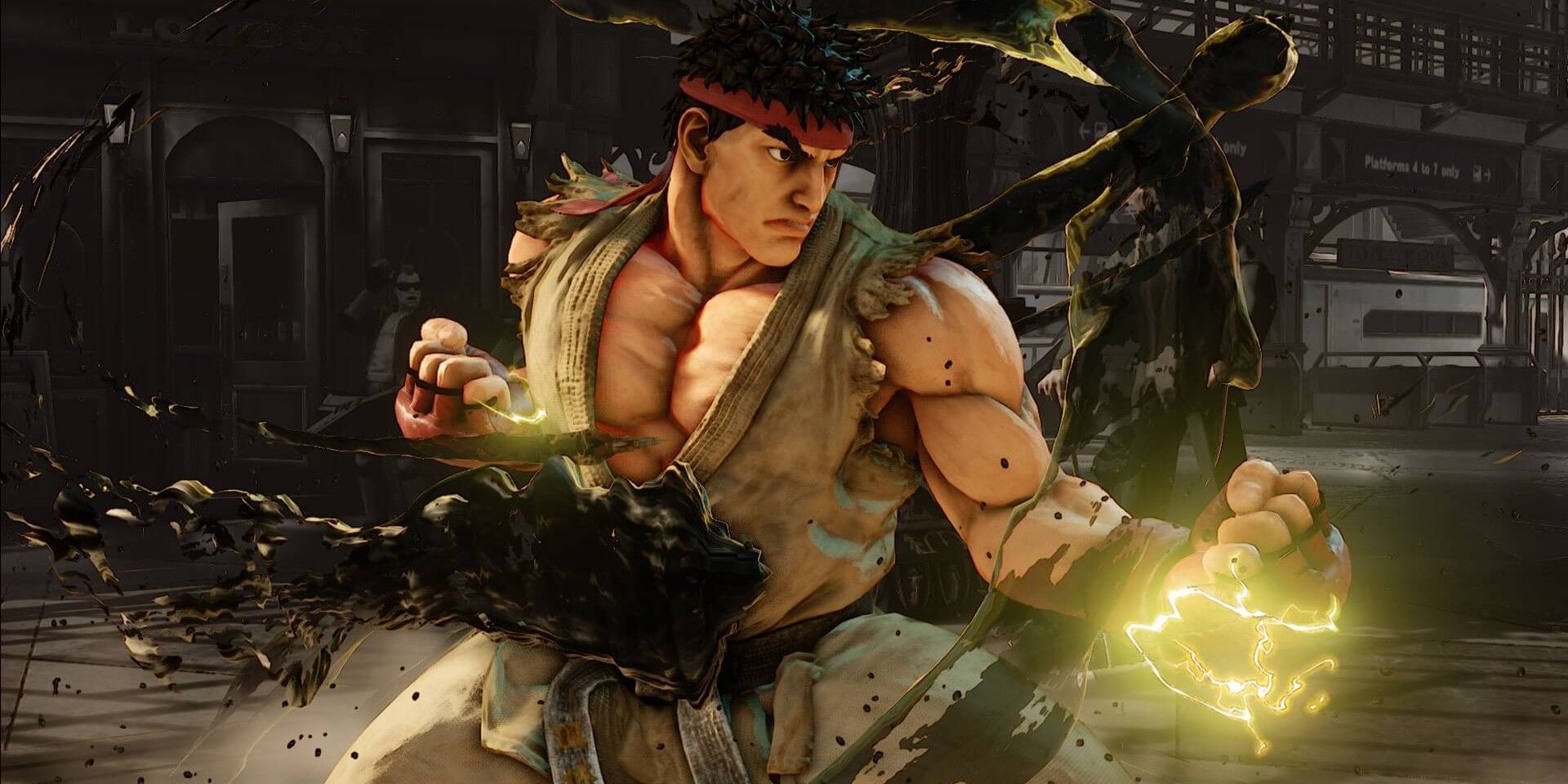 One of the three most popular Street Fighter characters, Ryu is a fan favorite for multiple reasons. He’s understanding and calm, humble, and embodies respect. He knows when to pick a battle and when to let things be, which makes him easy to love.

Those born under the Cancer sign will find Ryu to be like-minded and easy to click with. Cancers are used to going with the flow in their friend group (as Ryu does with Ken) and offering reason and advice when needed. Still, when the situation requires it, Cancers will fight for what they feel is right. 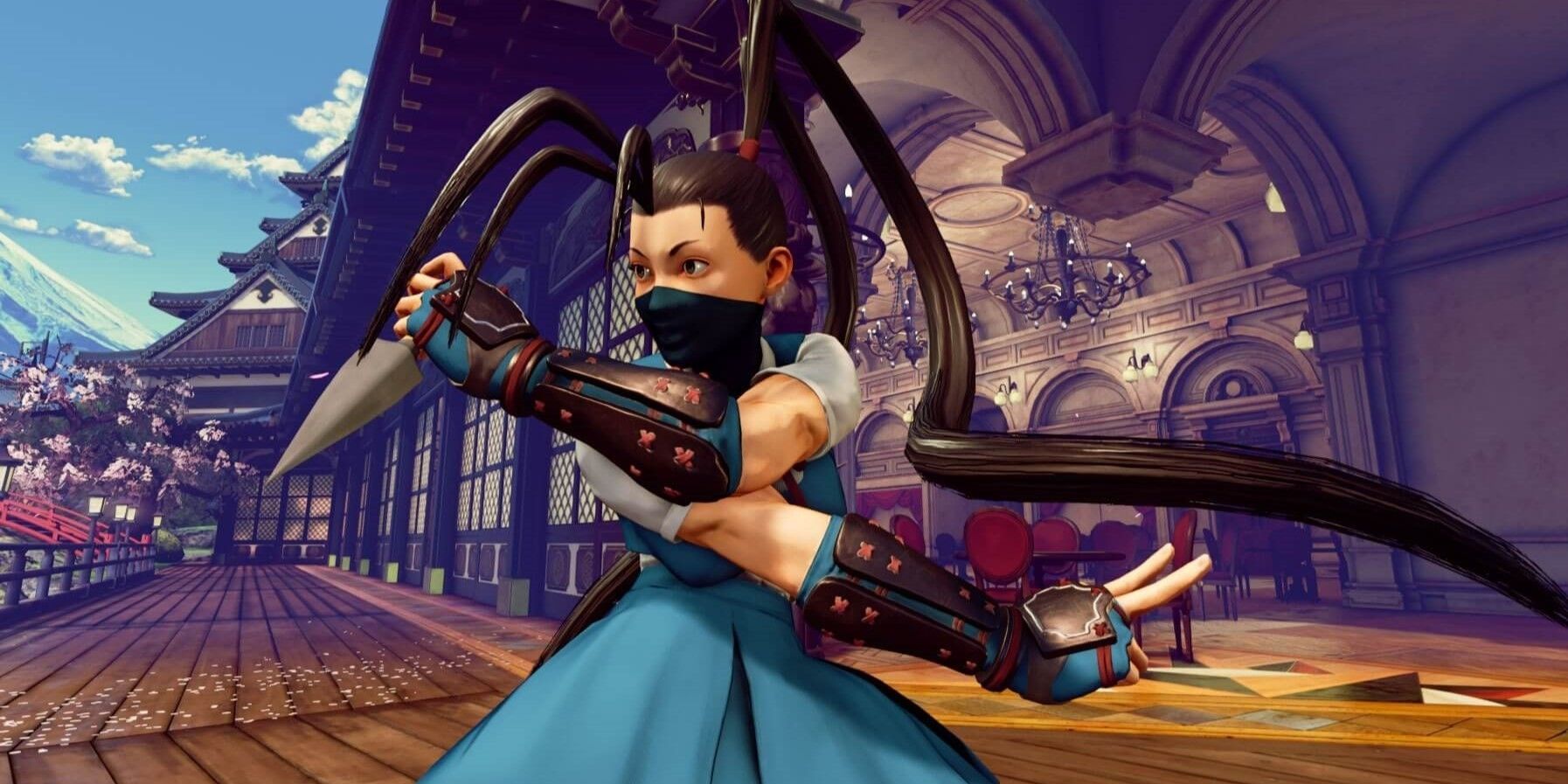 Ibuki was brought into Street Fighter in the early 90s as a representation of modern youth and the restless, often cynical, and flippantly self-aware generation marching toward adulthood. She’s a teenage tomboy that can be overly shallow when it comes to boys in her sight and doesn’t take her role seriously – much to everyone’s dismay.

Ibuki, like you Leo, is giving Main Character Energy and doesn’t care what those around her have to say. Leos are bold, set trends, and aren’t afraid to move against the current to create a life they feel is worth living. 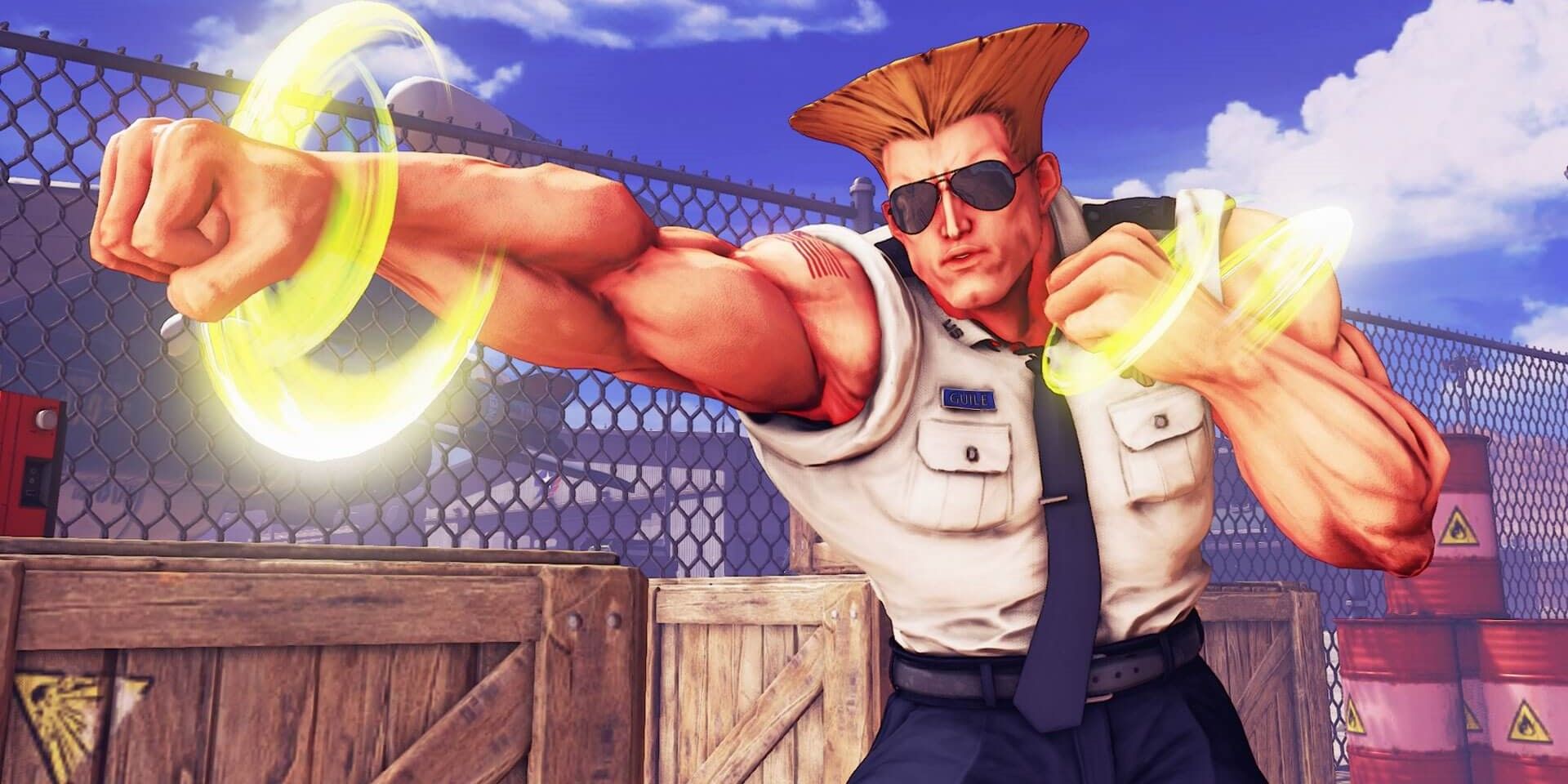 Guile is portrayed as a strong family man with strict morals, offering loyalty to those who he feels deserve it. Still, he isn’t without emotion; he just hides it well, preferring to stay serene in front of others. Guile is also determined to get answers when he feels he needs them.

As a Virgo, you likely relate to Guile’s sense of responsibility toward others and dedication to keeping his word to those he loves and respects. Also like Guile, you know when and how to maintain your honor with others without sacrificing your integrity. 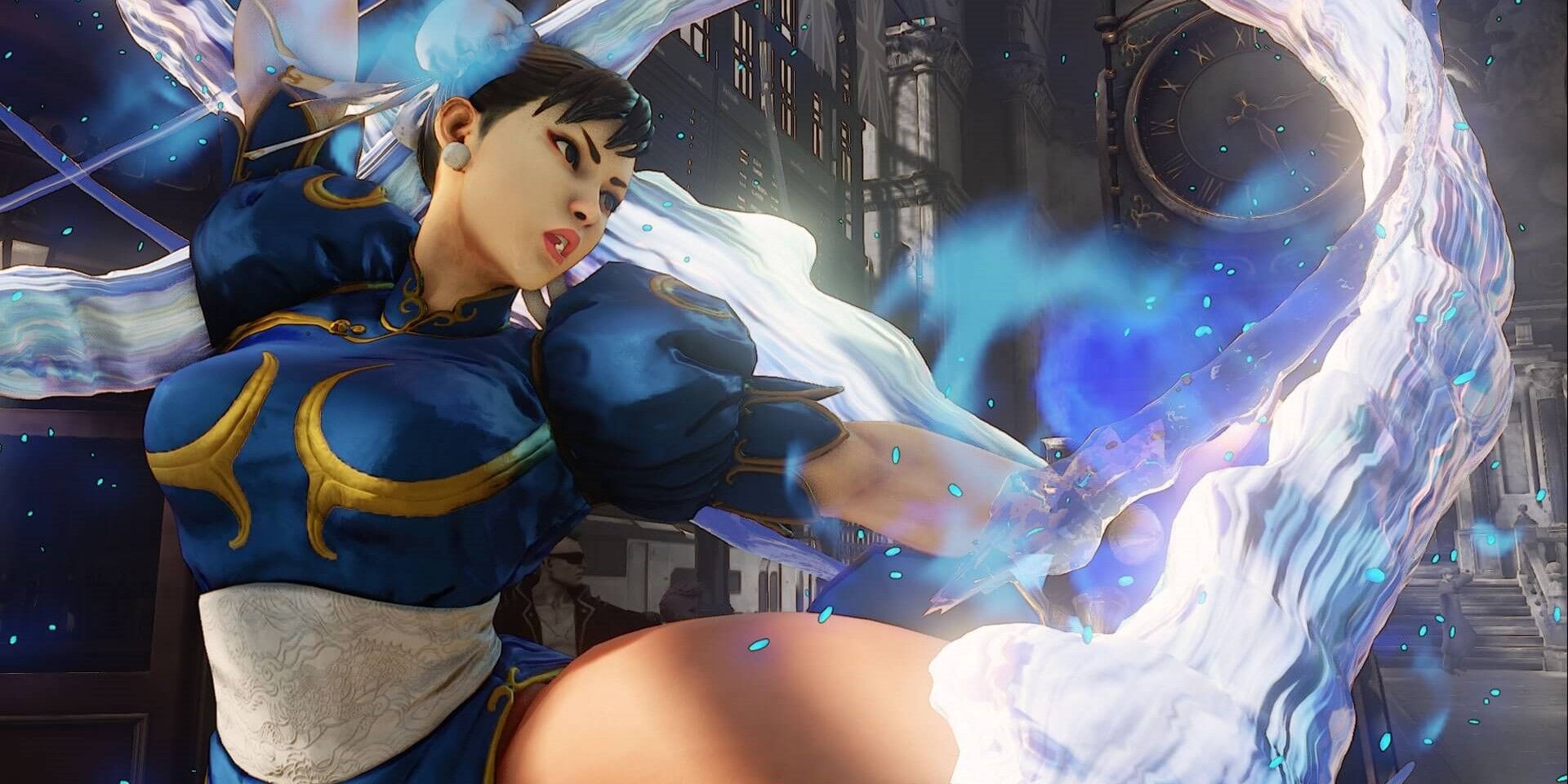 Chun-Li is one of three widely popular Street Fighter characters and is one of the most iconic women in fighting games, period. She’s an officer of the law that takes her job seriously – dedicating her entire life to justice and protecting those weaker than her.

Libras have a strong sense of justice, as is shown by the sign’s representation as a scale. Libras are balanced individuals who seek equality but aren’t so self-disciplined that they lack charm and depth. You, like Chun-Li, want to see a world where everyone is safe and happy. 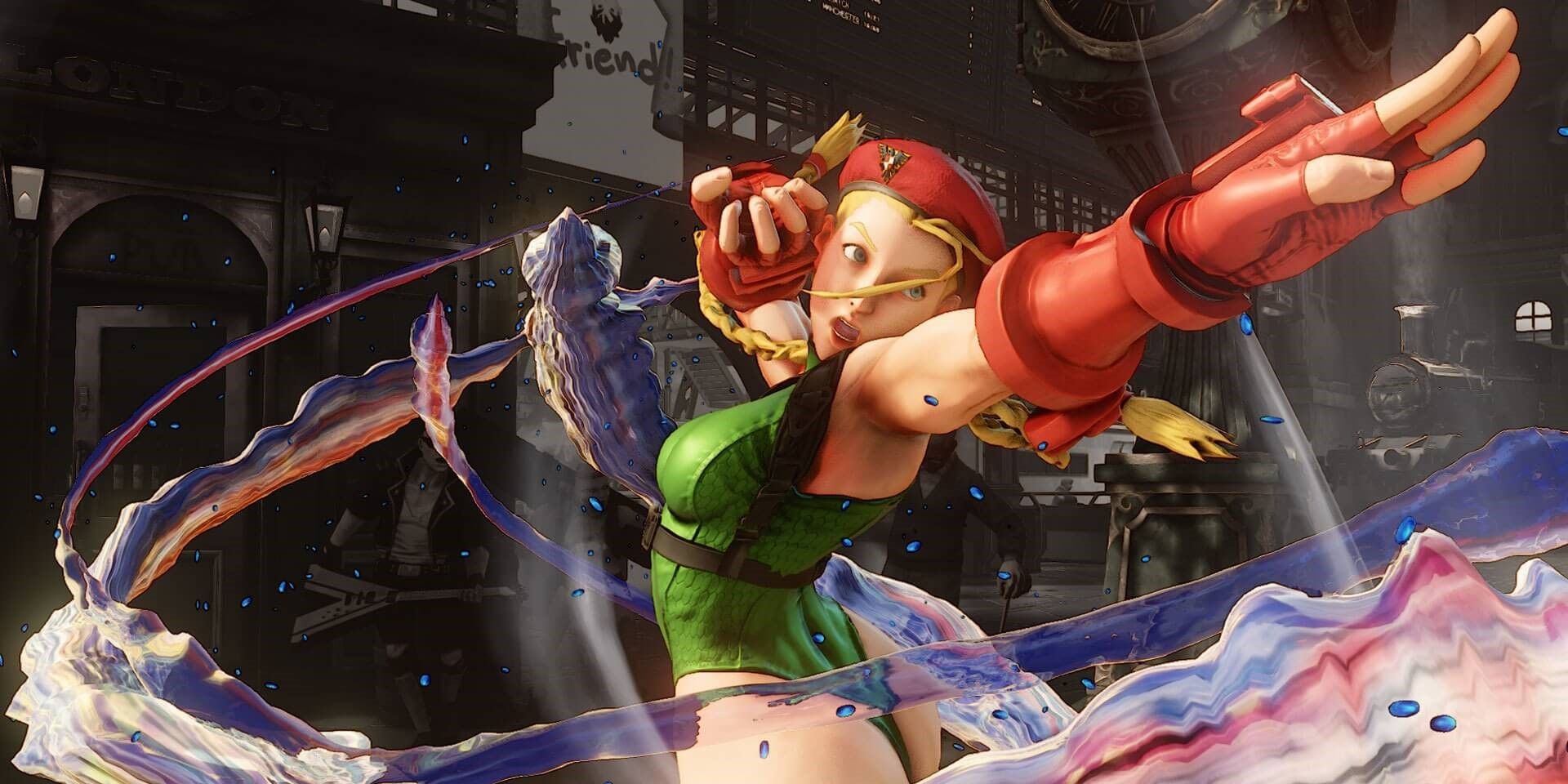 Cammy, like Chun-Li, likes to see justice served, though she does so with more force at times. She has no problem treating those she doesn’t like harshly, but at the same time, she’s very warm and loving with those she cares for.

As a Scorpio, you may find yourself in agreement with Cammy’s militant and somewhat brutal sense of justice, but you also find her delightful and endearing, just like the people around you find your personality. Those who know you love your loyalty and know when you dislike someone, there’s a just reason behind it. 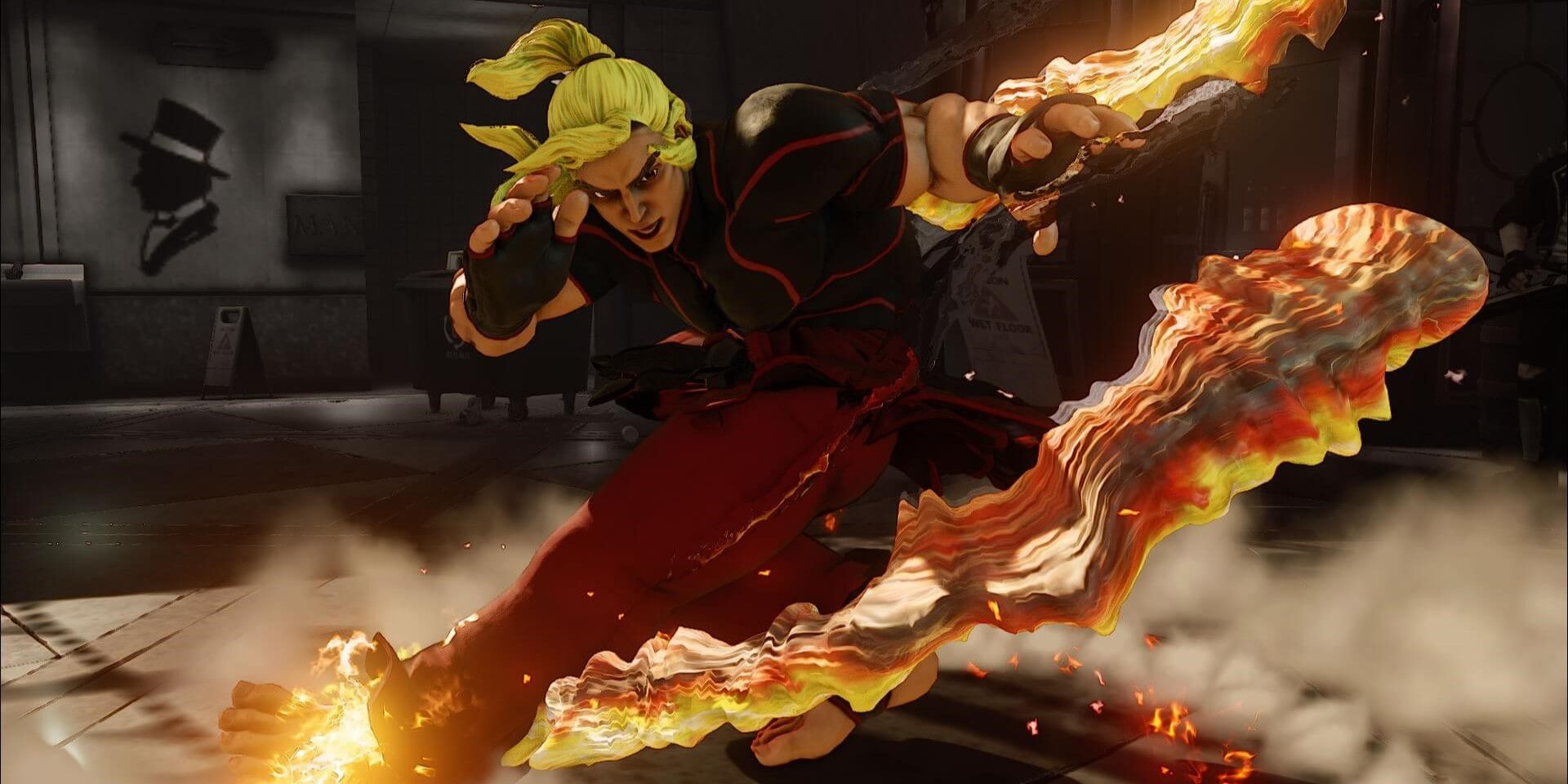 Ken Masters, the third in the trio of popular Street Fighter characters, is Ryu’s childhood best friend that is much more stoic and quick to violence. Though Ken might not seem like a great friend because of this, he balances Ryu well and doesn’t let his ego override his dedication to hard work and self-discipline.

If you’re an astrology fan, Sagittarius, you might question Ken’s right to your sign because of his strict discipline (not your strong suit) and short fuse (you’re so carefree!). But, like Ken, you’re social and enjoy being around people you can laugh with for hours. Your temper stems from passion and loyalty to your friends and family, and you believe in honor. 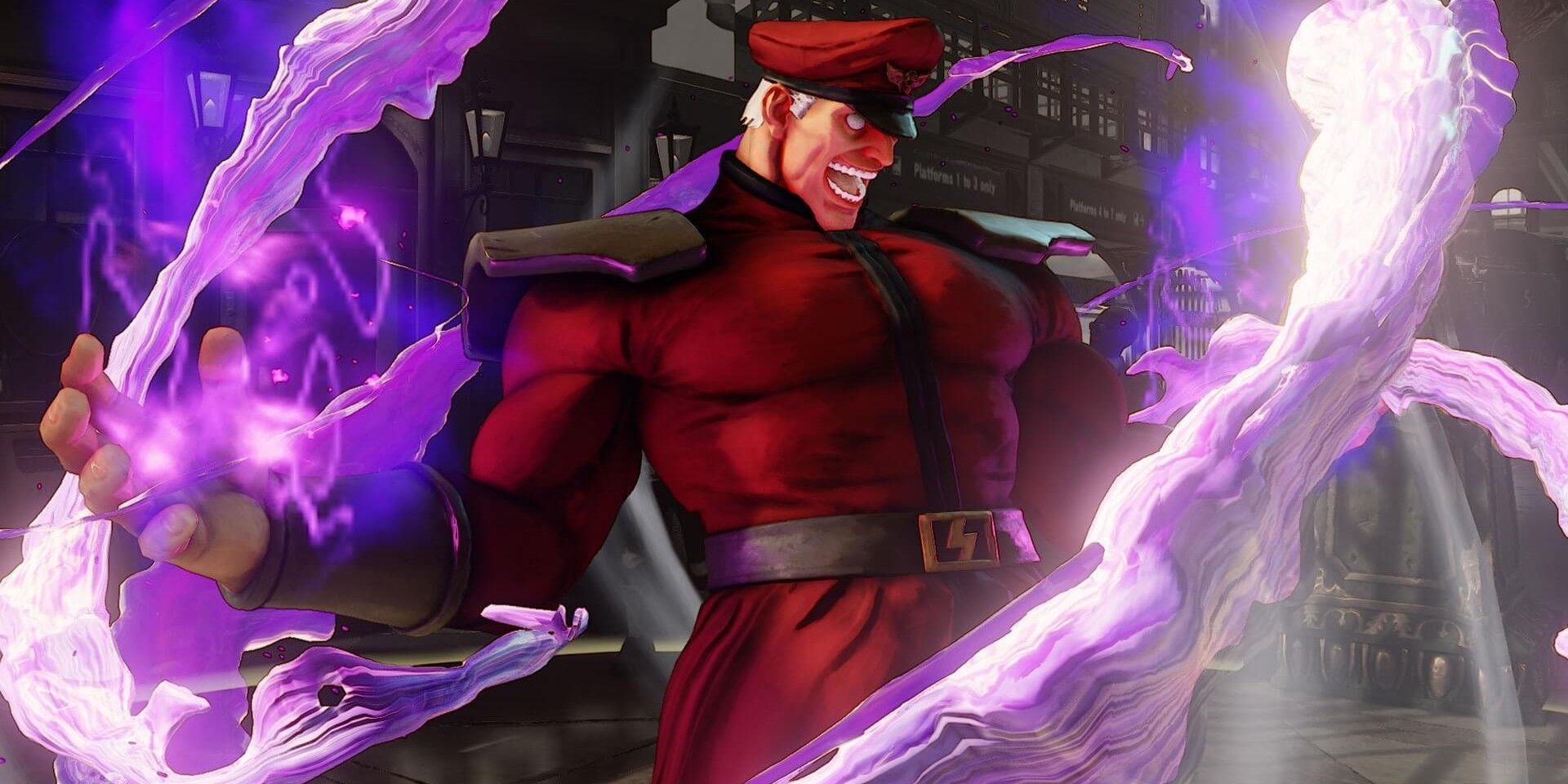 M. Bison is the biggest villain of the Street Fighter world, so you may not like agreeing with him in any capacity, but admit it – you do. M. Bison wants power and does everything in service to himself. He can be careless at best, cruel at worst, and extremely prideful.

Capricorn, you probably struggle with balancing your ego with having compassion for those around you, and as long as you don’t go full M. Bison, you’re achieving that goal. Still, the persistence he shows toward world domination is the same persistence you use to become the best at everything you do. 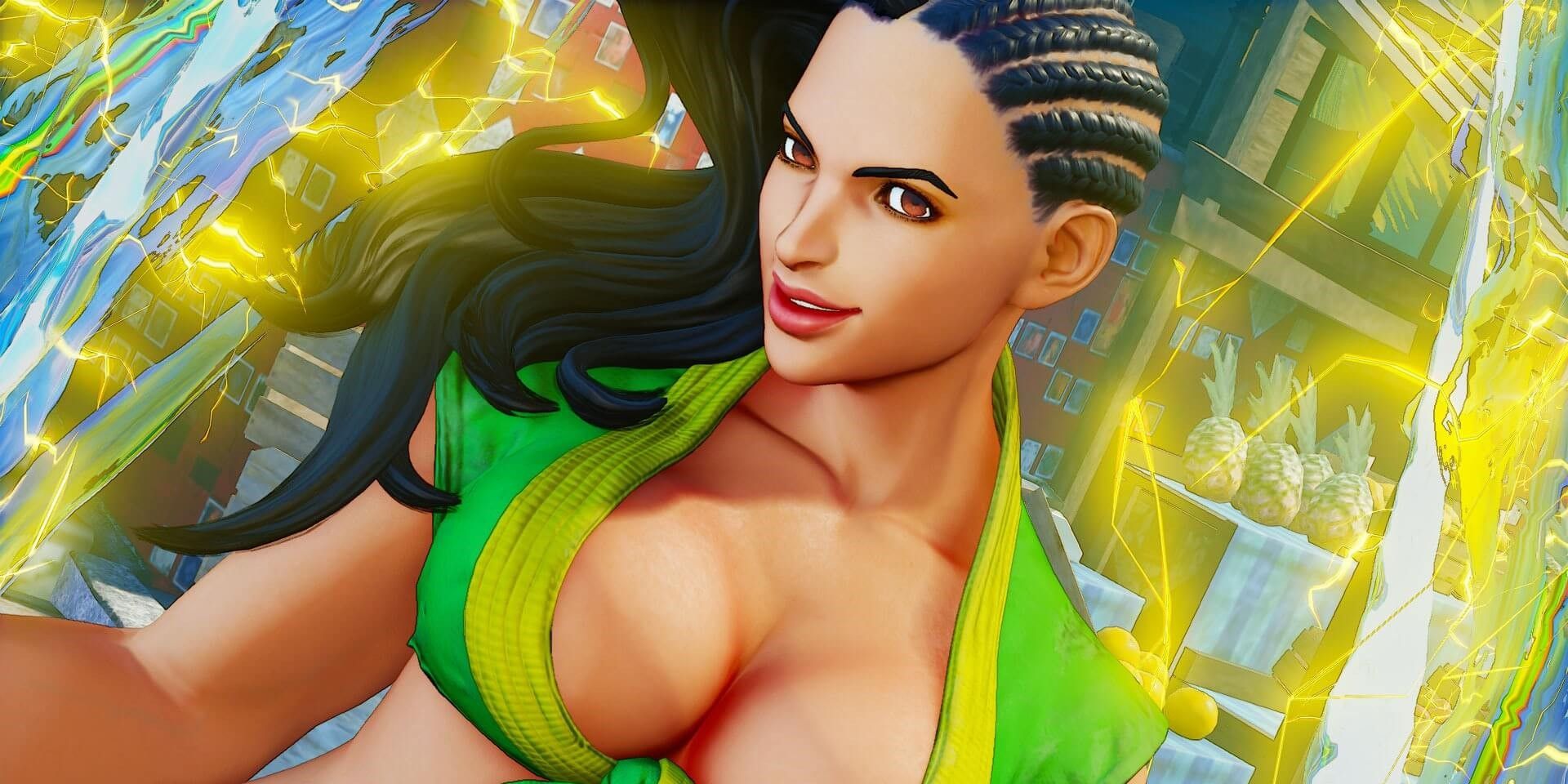 Laura is easily the most free-spirited character in Street Fighter. She approaches life and others in her own way, even if it seems nonsensical to everyone else. She’s a risk-taker and energetic, wanting her life to be one thrill after the next.

Aquarius folks like yourself can relate to her hyper-independence and often get mistaken for careless or flaky. You live your life to be happy and to have fun, but also to see those around you happy and having fun, and you can sometimes get frustrated that the rest of the world doesn’t see things the way you do. 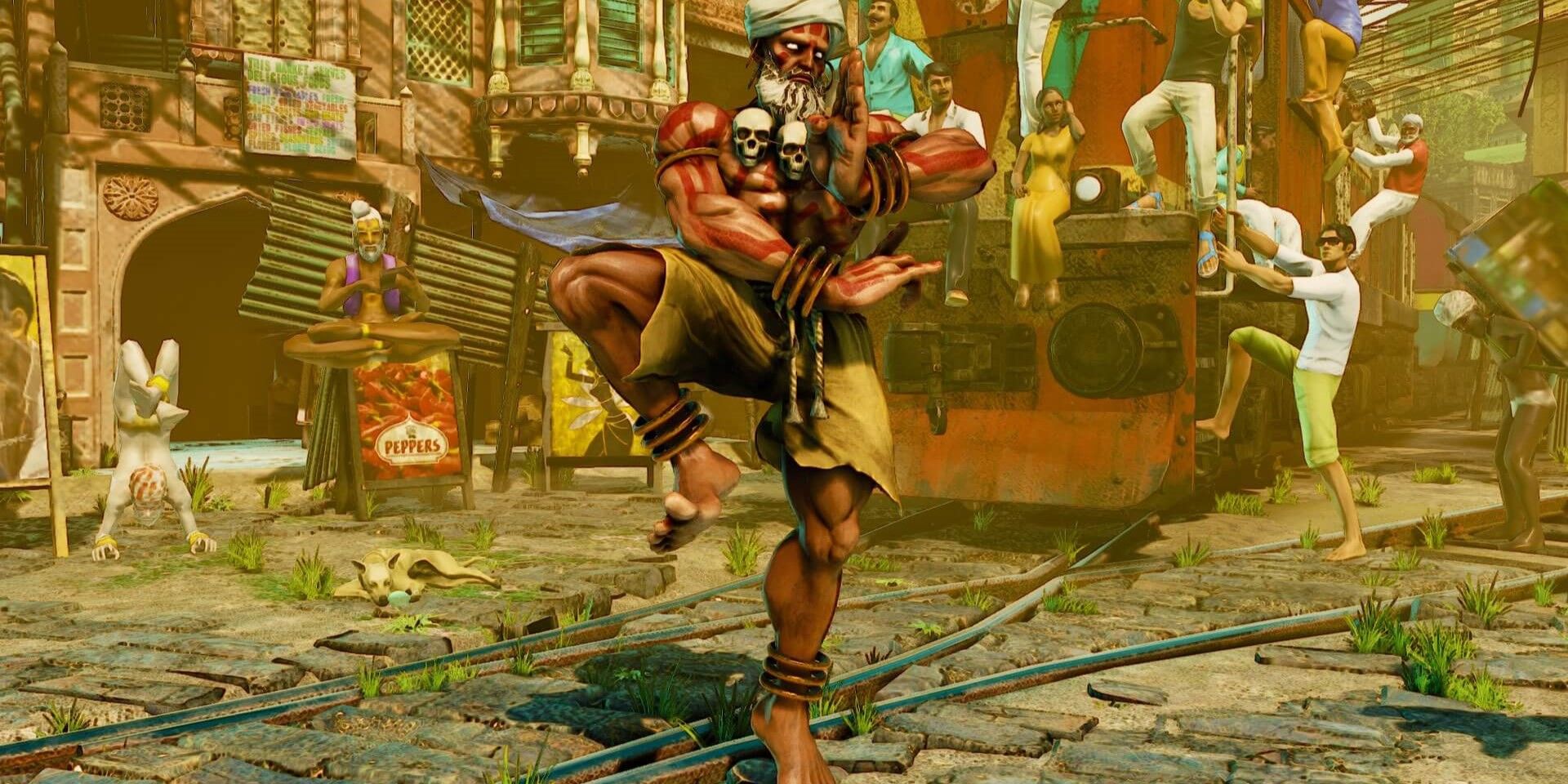 While Dhalsim might be an odd pick for Pisces, given his outwardly serious and stern demeanor, his pacifism and open heart give him away as the zodiac’s most sensitive sign. Dhalsim is humble and refuses to harm anyone or anything unless absolutely necessary. Even then, he only wants to hurt them enough to end the fight, fearing if he crosses that boundary, he will become evil.

Pisces, you’re often labeled the crybaby of the signs because you want to help everyone instead of causing anyone harm. Like Dhalsim, you are a deep thinker that tries to mend the world around you. But everyone has some advantage, and when you can’t be of help, you find that your heart and spirit take it quite personally.