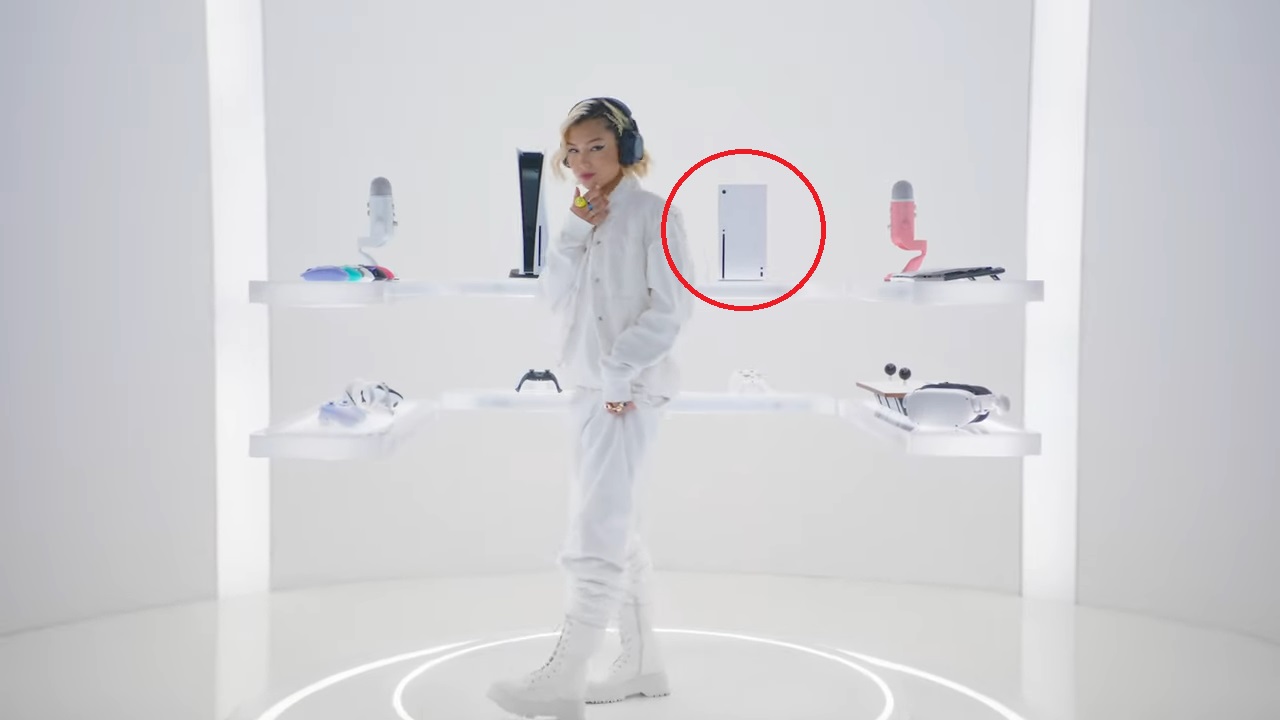 After only ever being seen in black, a white Xbox Series X has been spotted in an advert for a new Logitech headset.

Unlike the PlayStation 5, which you can buy different coloured faceplates for, there is only one colour option for Xbox Series X/S owners.

Since launch, you can get the Xbox Series X in black or the Xbox Series S in white, and Microsoft has so far not announced any alternatives beyond some limited edition prizes.

However, it seems a different coloured Xbox Series X does exist, as it’s been spotted in the background of a recent Logitech advert.

The advert in question is for a new ASTRO A30 wireless headset, which is compatible with the Xbox Series X/S, as well as other consoles, PCs, and mobile devices.

As such, at one point, both the Xbox Series X and PlayStation 5 are displayed on shelves in the background. What’s curious is that the Xbox console is clearly white instead of the usual black.

Is this a first glimpse at an alternate Xbox model that Microsoft plans to start selling? At the moment it’s not clear.

It’s entirely possible that what we’re seeing is a custom model made specifically for the advert. Logitech may have thought the its black colour would have clashed the rest of the hardware and wanted the console to match the nearly pure white aesthetic of the scene.

Microsoft and Logitech have also entered a partnership concerning the latter’s new cloud gaming handheld, but even so that’s a lot of effort and means going off-brand for Microsoft – since it’s no longer clear it actually is an Xbox Series X.

The partnership was formally unveiled earlier this week and will support Xbox Cloud Gaming, as well as allow you stream games on it from a nearby Xbox console.

In the past, Microsoft has released new Xbox models to promote upcoming releases, such as ones for Halo Infinite and the second Sonic The Hedgehog movie.

However, those only came in limited supplies, with the latter not even put up for sale. You could only obtain it by entering and winning a sweepstakes competition.