Dino Crisis 3 was originally set to take place in a sprawling urban environment, a modern city that was besieged by all manner of prehistoric beasties ready to tear its inhabitants apart. Your job was to stop them, and presumably to figure out why a seemingly normal city had become overwhelmed by creatures from another dimension. Just your average ‘00s video game.

That was the plan, but then the September 11th terrorist attacks took place in 2001 and forced Capcom to scrap the entire project. That wasn’t part of the terrorists’ demands, Capcom just knew the planned setting would now be in poor taste. A city was swapped out for a space station and the team did everything it could to salvage what was left from its original vision. That’s according to old translated reports that highlight Dino Crisis 3 as one of many projects across several mediums that sought to alter themselves after the world changed forever.

It’s likely a big reason why Dino Crisis 3 sucks so much ass. Capcom was forced to come up with a new concept with limited resources and a tight deadline all while trying to navigate an unpredictable political landscape that was constantly changing in the wake of tragedy. The idea of Dino Crisis leaving its previously isolatory settings behind in favour of a massive city environment felt like a natural evolution, while space threw us into a far-flung future that was out of place compared to previous games in the series. The result was a clumsy, frustrating, and underwhelming sequel that sold terribly, with critics tearing it apart for good measure. 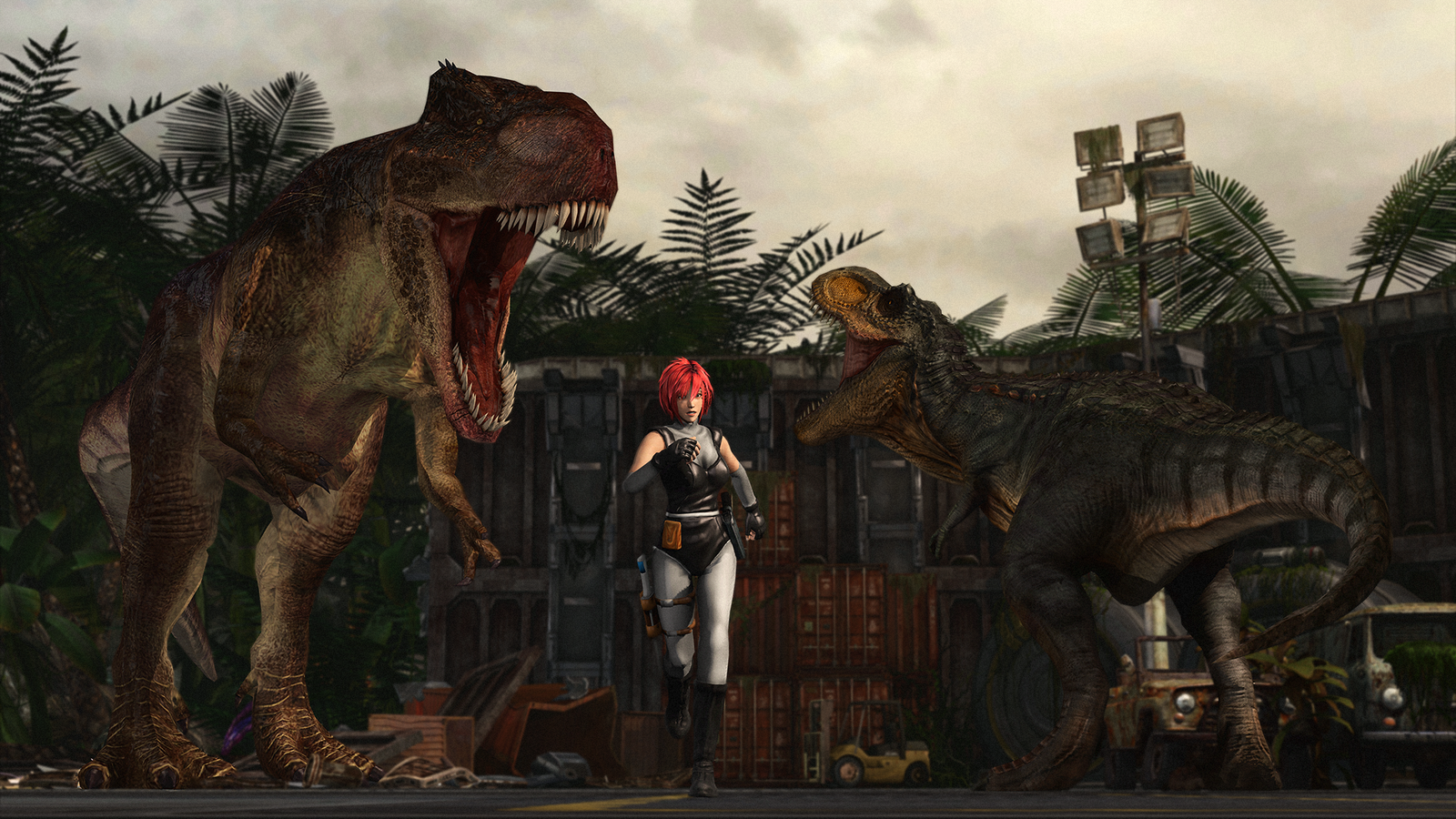 This killed the series. It became little more than something to reference in neighbouring franchises or to laugh at whenever fans brought up the idea of bringing it back with a remake, reboot, or sequel. None of these things have happened, and the recent reveal of Exoprimal only sought to further kick Dino Crisis’ legacy in the dirt. It’s a game that revolves around a mixture of futuristic soldiers fighting against hordes of dinosaurs, one of which is even designed to look exactly like series’ protagonist Regina, but Capcom has been quick to dismiss it as little more than a nod in a game that has nothing to do with Dino Crisis. Does it fuck…

You can’t make a dinosaur game when you’re a publisher known for a beloved franchise that revolves exclusively around dinosaurs and not expect fans to say something about said dinosaurs. We’d kick up a similar fuss if you made a game exclusively about samurai and pretended that Ominusha didn’t exist, which Capcom already does anyway so what does it matter. Exoprimal feels like a multiplayer title that wants to vaguely leverage the legacy of Dino Crisis while leaning into live service elements that only serve to make it feel like a cynical cash grab. It doesn’t look inspiring or fun, it just makes me want Dino Crisis even more. 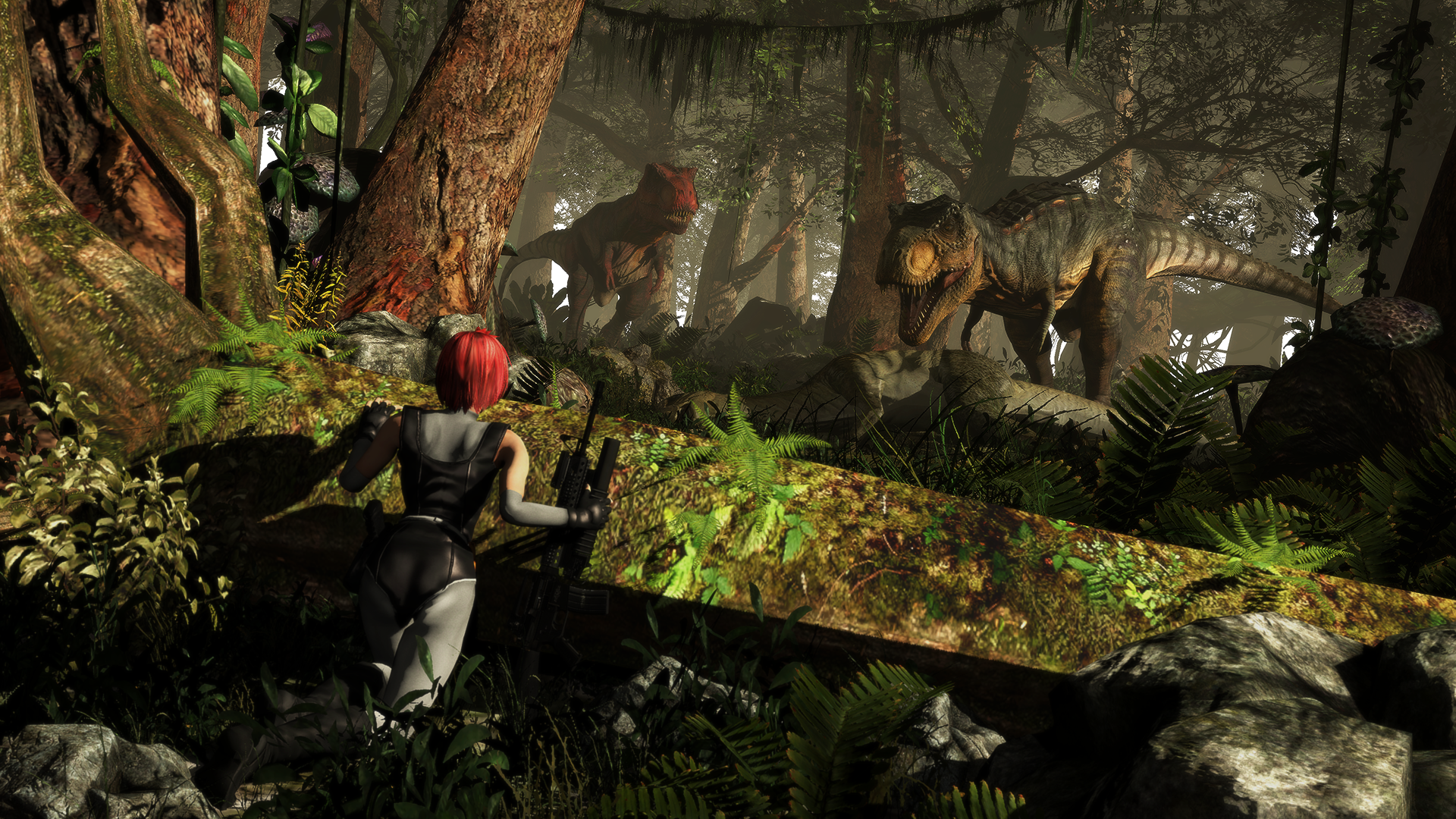 So this begs the question, in a world where properties like Devil May Cry and Resident Evil have received ample attention and reimaginings, why is Capcom so afraid of bringing Dino Crisis back into the conversation? Much of the talent who made those original games possible are still working in the industry, and even if they weren’t I imagine the RE Engine would be more than capable of remaking a game which was basically a Resi clone with dinosaurs anyway. Bring it back already.

A recent survey sent out to fans, of which there have been many in the past, is asking what properties they’d love to see remade or remastered in the coming years. Capcom has a clear interest in its legacy, and is looking to revive dormant gems in order to capitalise on nostalgia or introduce them to a new generation of players. Dino Crisis was on that list, and given the last game came out almost two decades ago I imagine a decent percentage of the gamer population has never even heard of the series before, let alone played one. That’s all the motivation Capcom should need to pull the trigger, since this name could easily stand alongside Resident Evil and Monster Hunter as one of its flagship properties. In the coming years this is a real possibility, but only if Capcom is willing to put aside its strange stigma surrounding Dino Crisis and the idea it seemingly isn’t worth paying attention to in the modern landscape. It is, the public fucking loves dinosaurs, and there aren’t nearly enough games out there tapping into their potential. Come on Capcom, hurry up and remake Dino Crisis. I can even help if you want, it can’t be that hard.