There's more to Wildcat Gun Machine than just whipping your weapon around and holding down fire, though that is a big part of it. Sadly, shooting is only good for destroying enemies and doesn't really offer any sort of personal protection.

Therefore, you'll need to rely on your movement and sense of space in order to stay healthy and mobile. Thankfully, you'll gain access to abilities that will give you an edge in evasion, survival, and movement. You'll have plenty of time to master each of them, understand how they work, and review their upgrades every time you visit a checkpoint pillar. 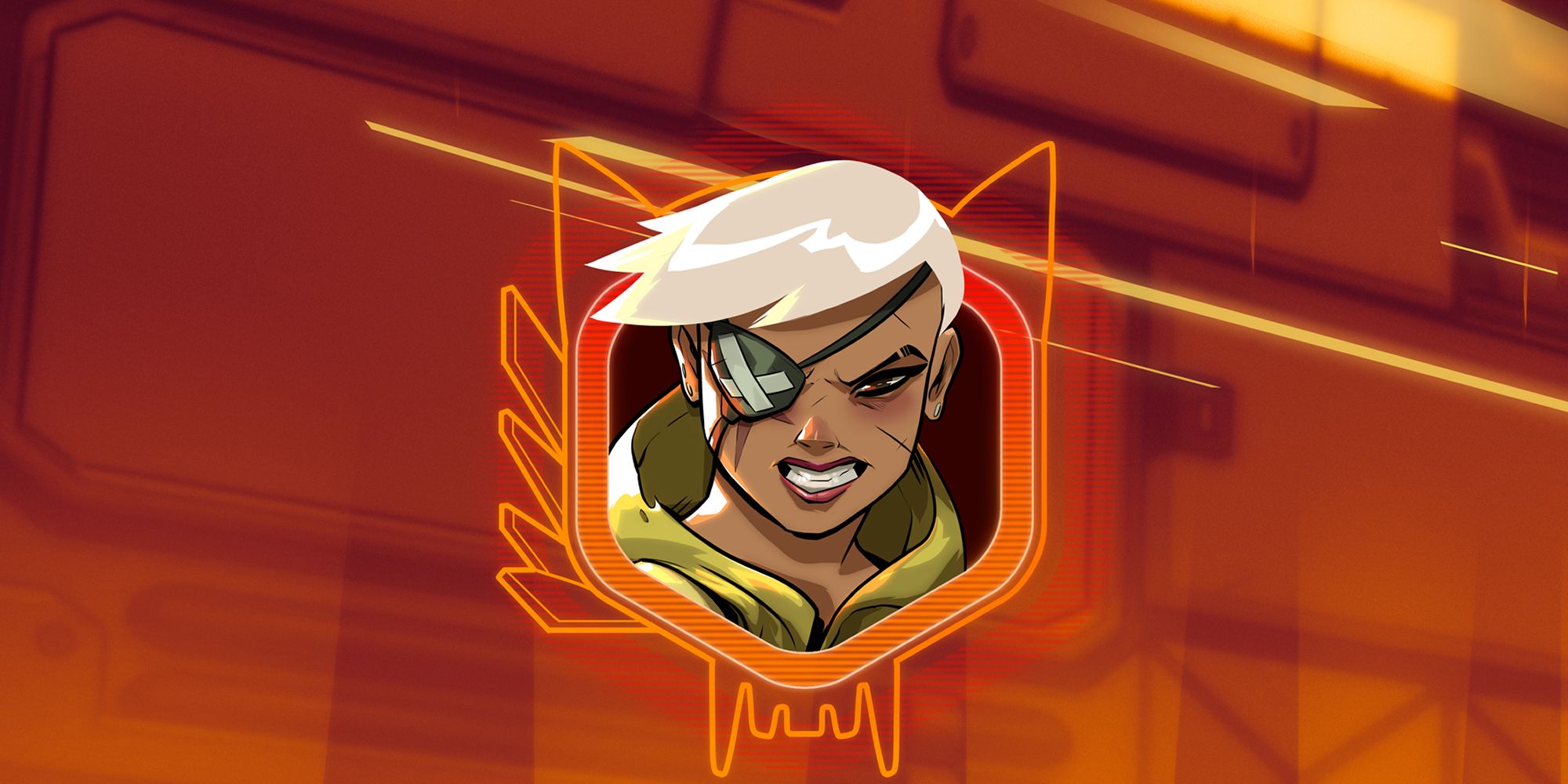 In addition to buying different kinds of pistols, you can also spend the Bones you find on upgrades for yourself and your abilities. These upgrades can be both passive and active while getting more expensive the better they get. You purchase upgrades in one of the following categories: Respawn, Movement, Dash, and Grenade. 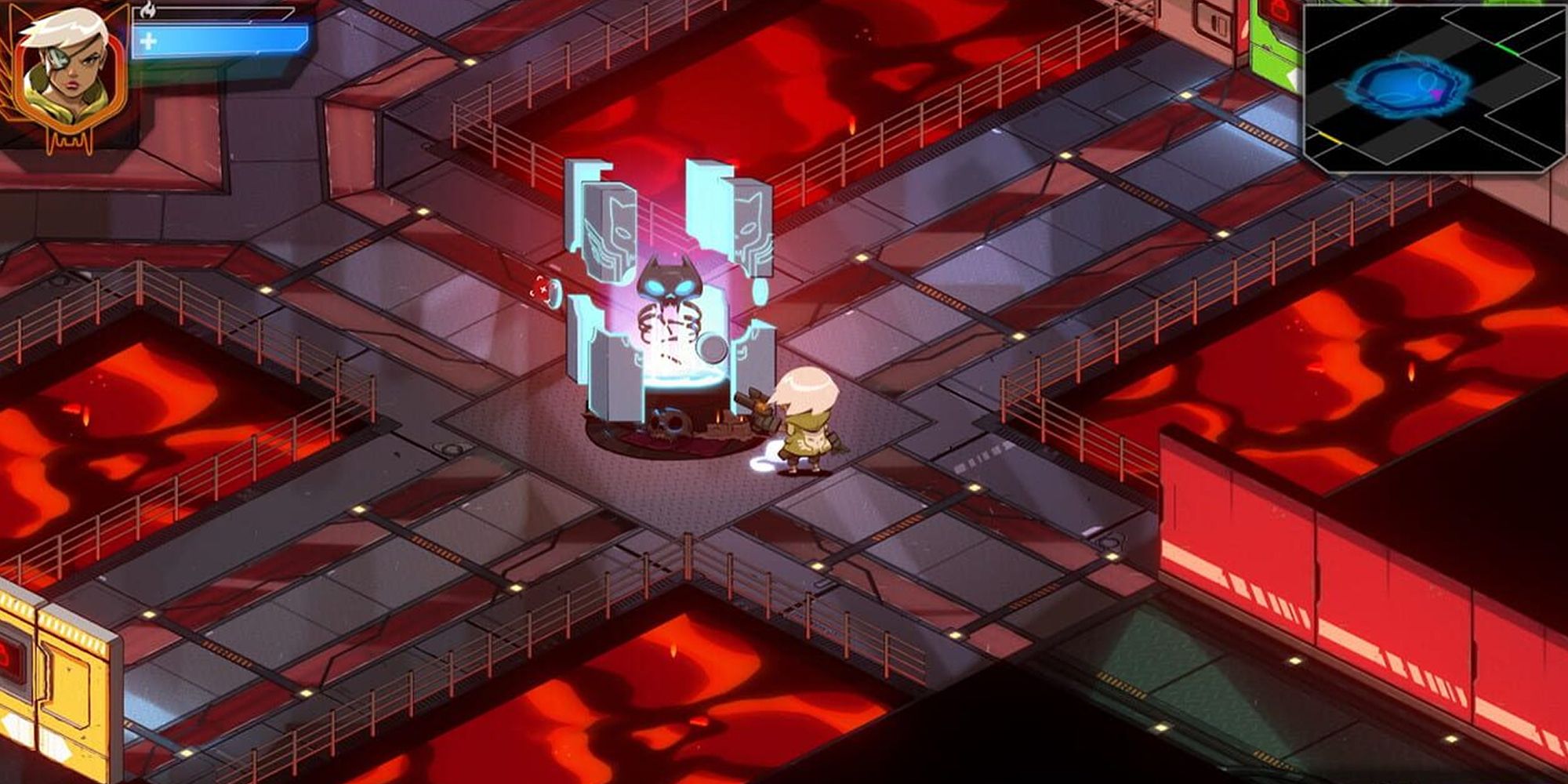 Wildcat Gun Machine pits you as a lone soldier against ever-growing masses of horrible monsters, most of which can fire things at you. No matter how agile you are, it's normal to make mistakes, especially during boss fights and in areas with hazards. Take too much damage and the hero will be incinerated.

Luckily, there are some digital cats that can revive you each time you fall. You start with one cat, but you can buy additional ones with each cat giving you an extra revival. This respawns you outside the room you fell in and resets the encounter. While this may seem like a pain, it's better than the alternative: Restarting at the Checkpoint Pillar and resetting all the encounters. 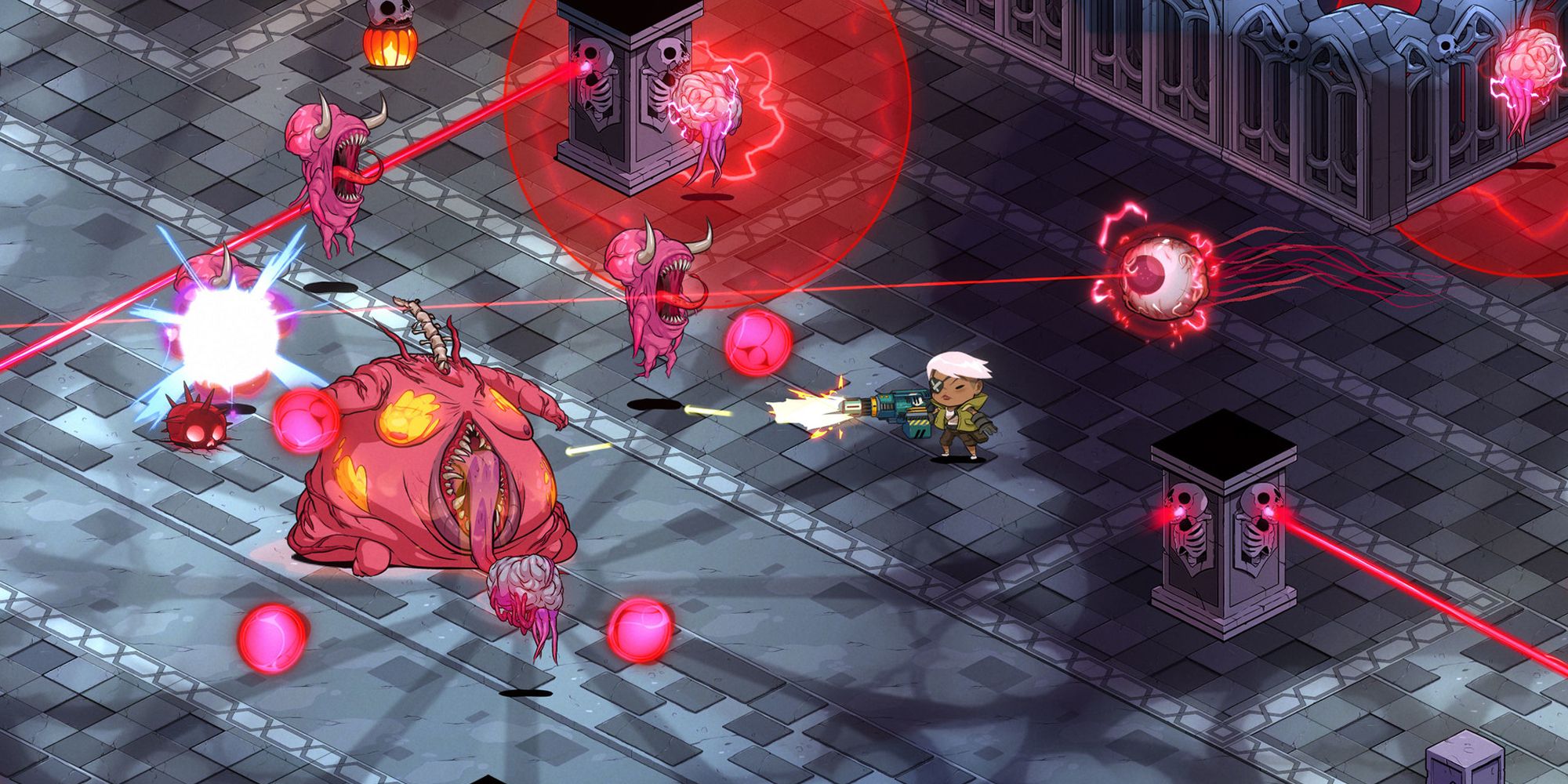 At the end of the day, it's you on your two legs carrying you through this adventure. You can reach top speed in a matter of seconds, which lets you move smoothly and sharply around. Still, while a majority of the bullets will move at the exact same pace, it'll get harder and harder to weave between them, even more so with all the enemies spawning and moving around.

To counteract this, you can buy upgrades that boost your movement speed. It's simple but can make a great difference in the long run. 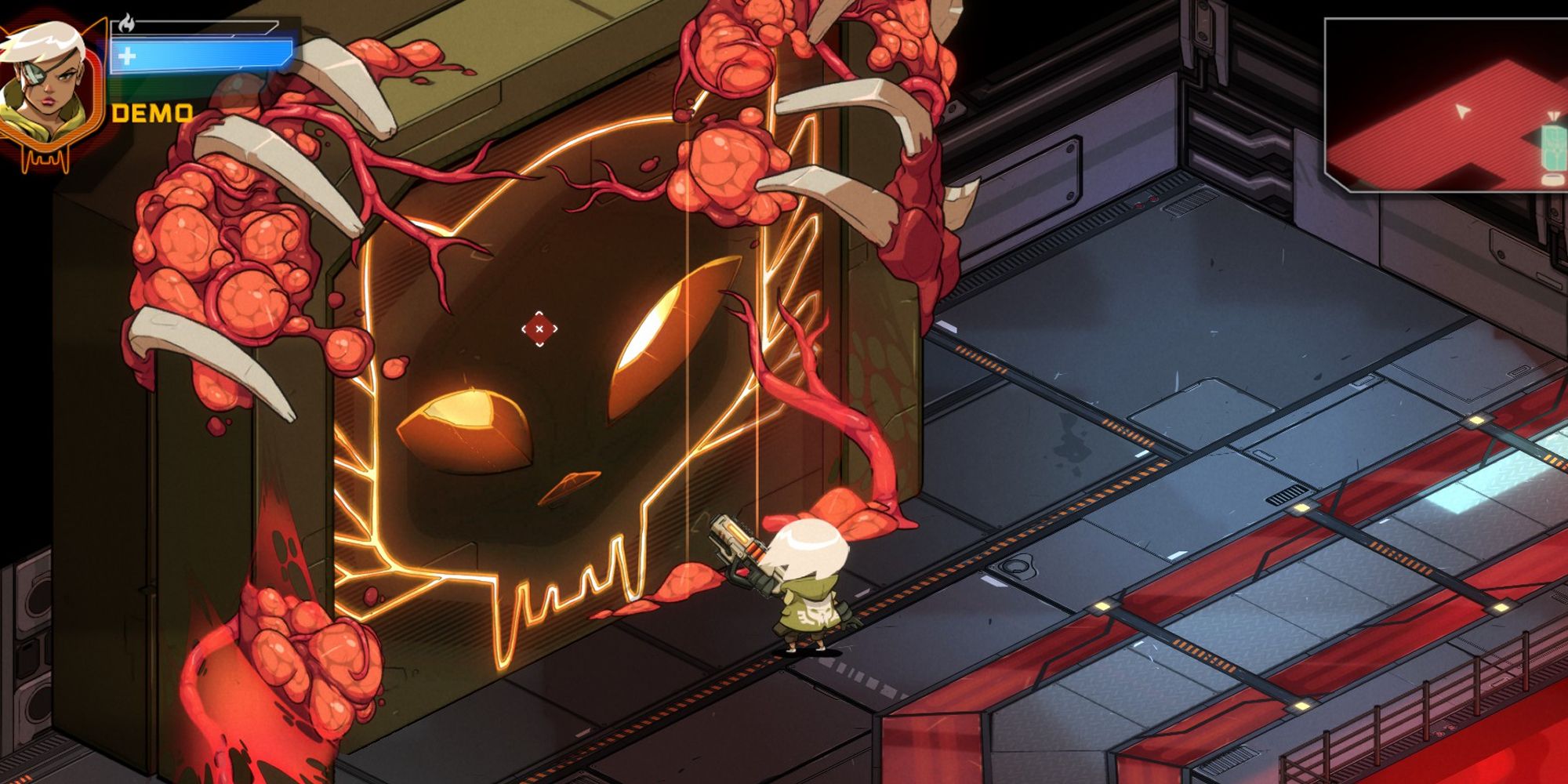 The first of two abilities you unlock after beating the first boss, the Dash gives you some much-needed evasion. When you press the Dash button, the hero will travel a fixed distance in a straight line based on whatever direction she was moving in.

While dashing, you are completely invulnerable, allowing you to move safely through hazards and lines of bullets. This is a very useful ability that can only be made more effective with upgrades. They can give you extra dashes before the cooldown triggers as well as lower the cooldown counter when you've used them up. 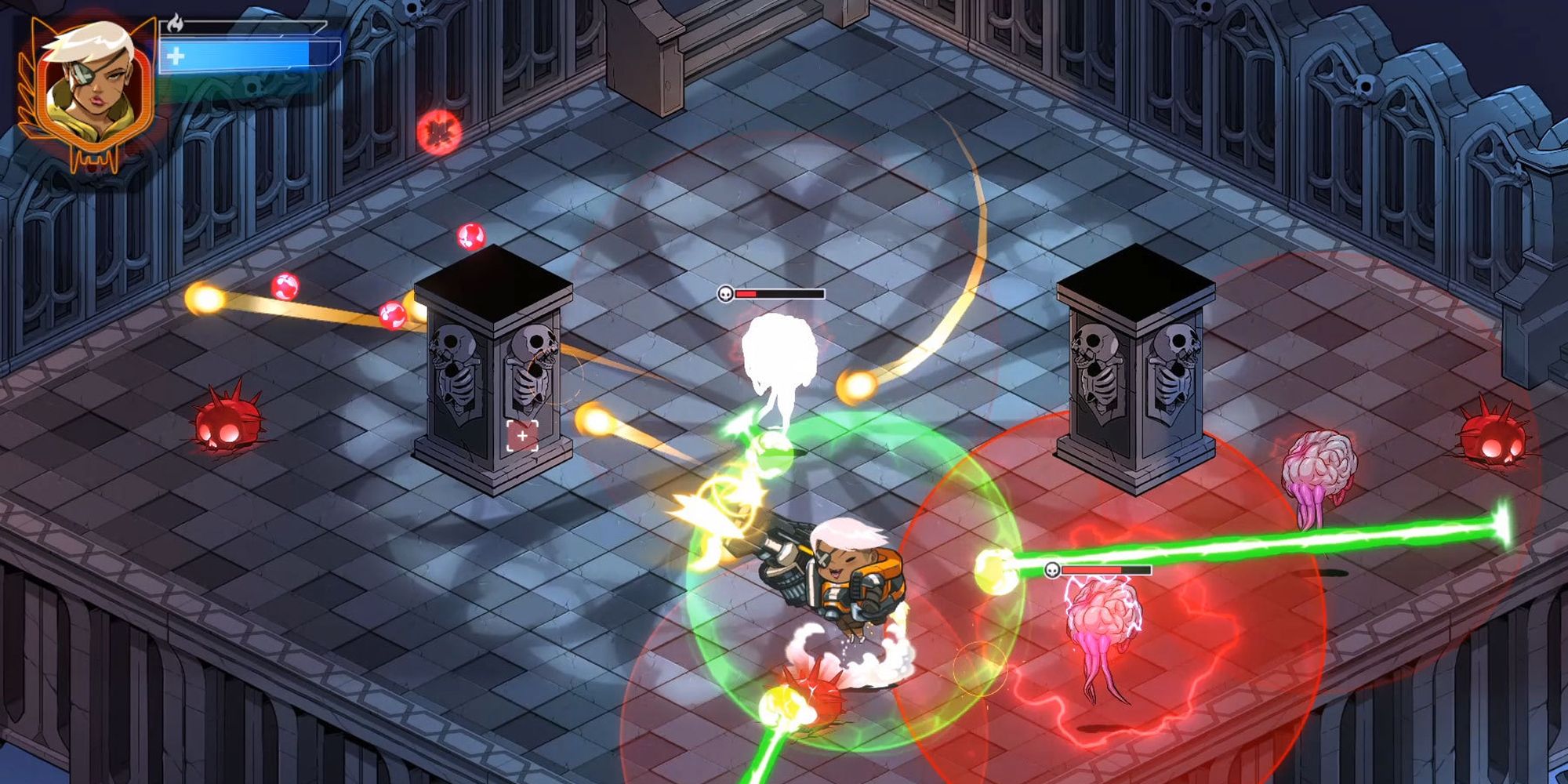 The second of two abilities you unlock after beating the first boss, the Grenade gives you an infinite supply of ordinance to apply in battle. When you activate this ability, you toss a grenade a short distance straight ahead of whatever direction you're facing. It explodes with some solid damage before entering into a pretty hefty cooldown.

It's an important ability to invest in and only gets more useful. Not only can you reduce the cooldown time, but you can also upgrade it to have lingering effects which can be very useful against enemies that move slow or plant themselves, like bosses.