At first, I wasn’t sure if Wraith: The Oblivion – Afterlife was a horror game or an atmospheric walking simulator like The Vanishing of Ethan Carter. It just seemed like a jaunt through a dusty old mansion…, that is, until I stumbled upon a corpse hanging from the ceiling by his neck and begging for his father’s forgiveness.

Wraith is the first VR game set in the World of Darkness universe, the same TTRPG setting as other exceptionally long titles like Vampire: The Masquerade – Bloodlines and Werewolf: The Apocalypse – Earthblood. In Wraith, you play as Ed Miller, a photographer that died during a seance in the Barclay Mansion. Now trapped in the Mansion with no memory of your death, you have to explore the mansion alongside your antagonistic “Shadow” to piece together the events of the Seance and escape.

I think most VR horror games would qualify as assault. I’m a huge horror fan and I’ve never turned my nose up at even the goriest movie or most brutal game, but pretty much every VR horror game I’ve ever played was basically torture. The structure and pacing of good horror takes careful planning, you can’t just unleash relentless terror on your audience and expect them to have a good time. Unfortunately, games like Five Nights At Freddy’s VR: Help Wanted and Layers of Fear VR just pulverize you with jump scares. In VR, that’s not an experience many people enjoy, at least not for very long. This is not at all what Wraith is like. Yes, there are plenty of things that go bump in the night. But Wraith is so much more measured with its scares than other games. It’s a story-driven experience first and foremost, and the terrors are just extra motivation to solve the central mystery and escape as soon as possible.

I mentioned Wraith starts out as an atmospheric walking simulator, but there are some actual game mechanics. Rather than an objective marker, you just need to hold a button and move your arms around. When you point your arms in the direction of your next objective, your controllers will vibrate and the veins in your undead arms will glow red. As you progress, you’ll also collect tools like a camera that lets you view memories from the night of the Seance and a flashlight that lets you burn away vines that block your path. Wraith takes a Metroidvania approach to items, as they allow you to backtrack and follow paths that were previously blocked, but the game still seems to be a guided, linear experience from point to point.

Wraith also utilizes the Gravity Glove mechanic from Half-Life: Alyx to flick and catch out-of-reach objects. It isn’t quite as snappy or accurate, but it’s still an impressive implementation of the technology. When you get into the stealthy parts of Wraith later on, it feels great to grab a stone from a distance and chuck it to distract a Spectre.

The stealth section, introduced as the last challenge in the demo, was by far the most engaging part of the entire experience. I love a good mystery and I’m interested to find out exactly what happened to Miller at the Seance, but when it comes to making the most out of the VR platform, Wraith really impressed me with its ability to build tension and keep me terrified without being overwhelming to the point of torture. 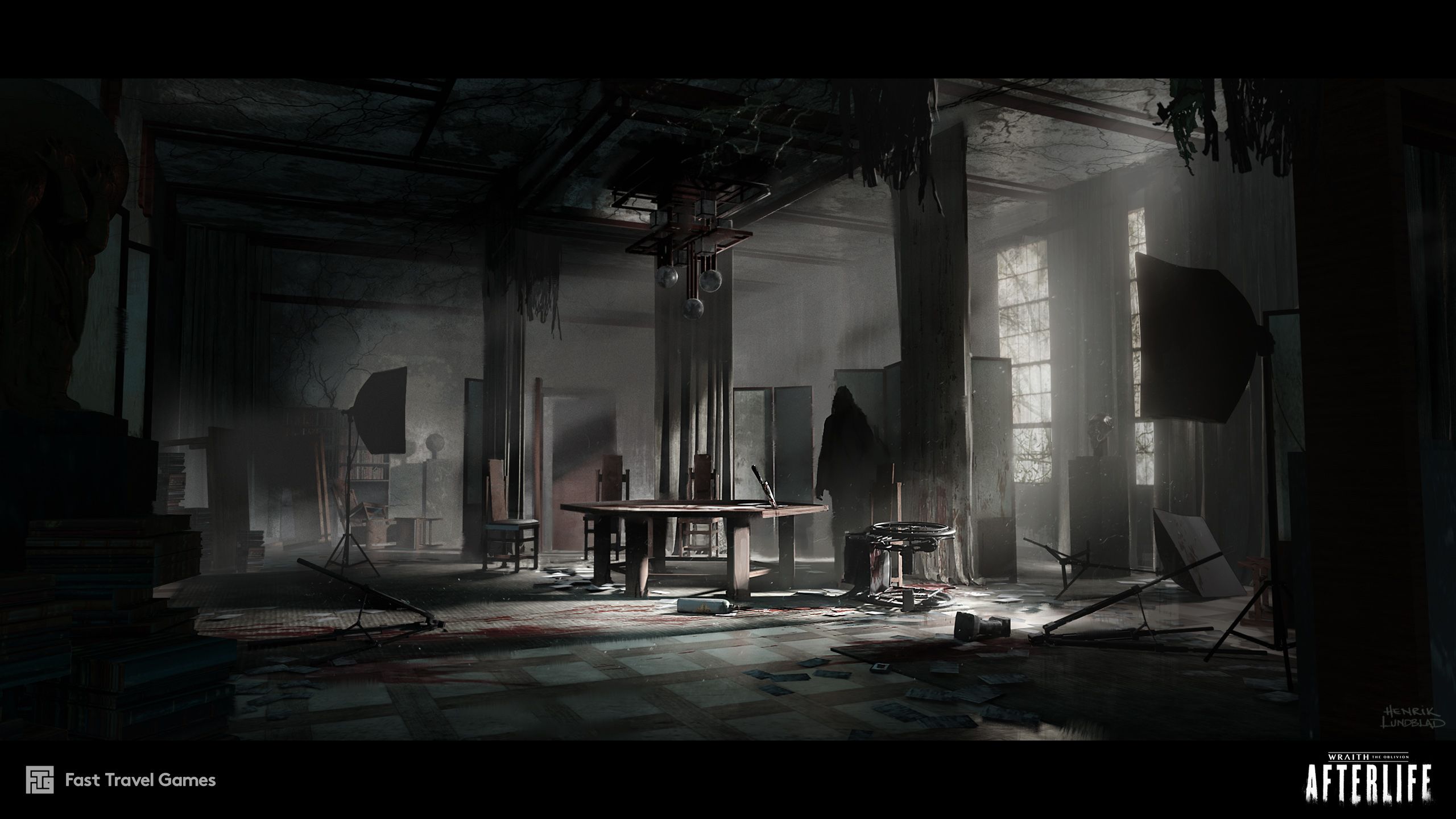 If you’ve played Jurassic World Aftermath, you’ll have a decent idea of how the stealth gameplay feels in Wraith, t. Though you can’t just hide under desks or out of reach of the monsters like you can the raptors in Jurassic World. If the Spectre makes eye contact with you for more than a split second, you’re dead. Watching the shambling creature from a distance and waiting for the perfect time to make your move is absolutely thrilling. Not only do you need to avoid the monster’s line of sight, but just looking at the terrible thing is sure to raise your blood pressure. I found myself peeking through the gaps in door hinges just to keep an eye on it as I crawled around the mansion’s courtyard, desperately searching for any path that would get me away from it. Wraith isn’t the most graphically impressive VR game I’ve played, but this stealth sequence was one of the most immersive experiences I’ve had in recent memory.

Wraith is extraordinarily competent in its pacing and presentation. If you’re looking for the rawest, scariest game you can play in VR, I don’t think this will do it for you. But for my money, Wraith is a more complete and worthwhile experience than the typical haunted house game — even if it is, literally, a haunted house game. 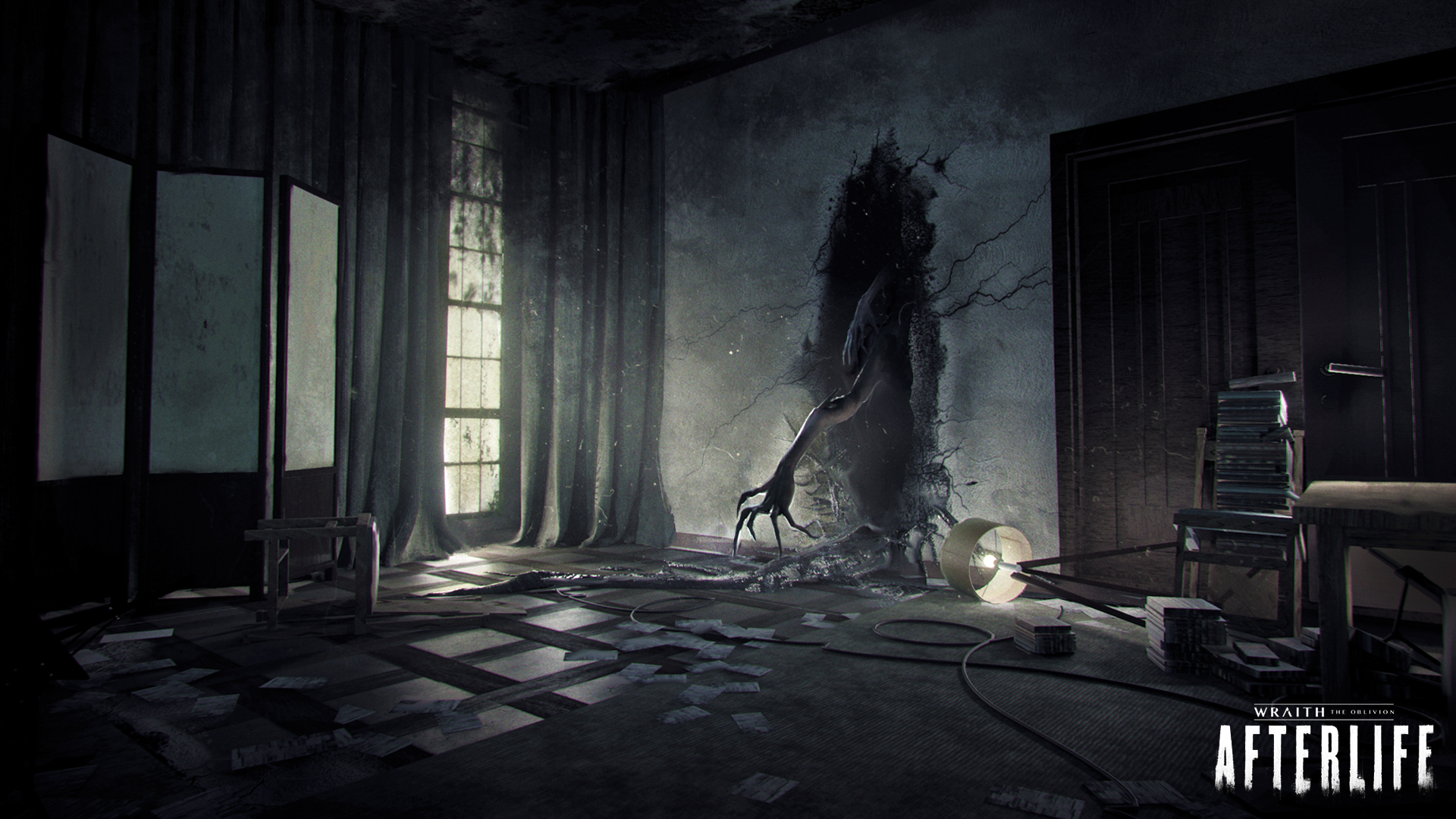 Wraith: The Oblivion – Afterlife is coming to Oculus Quest and Oculus Rift on April 22, 2021.

Next: Gabe Newell Claims Solving VR Cybersickness Is “More Of A Certification Issue Than A Scientific Issue” 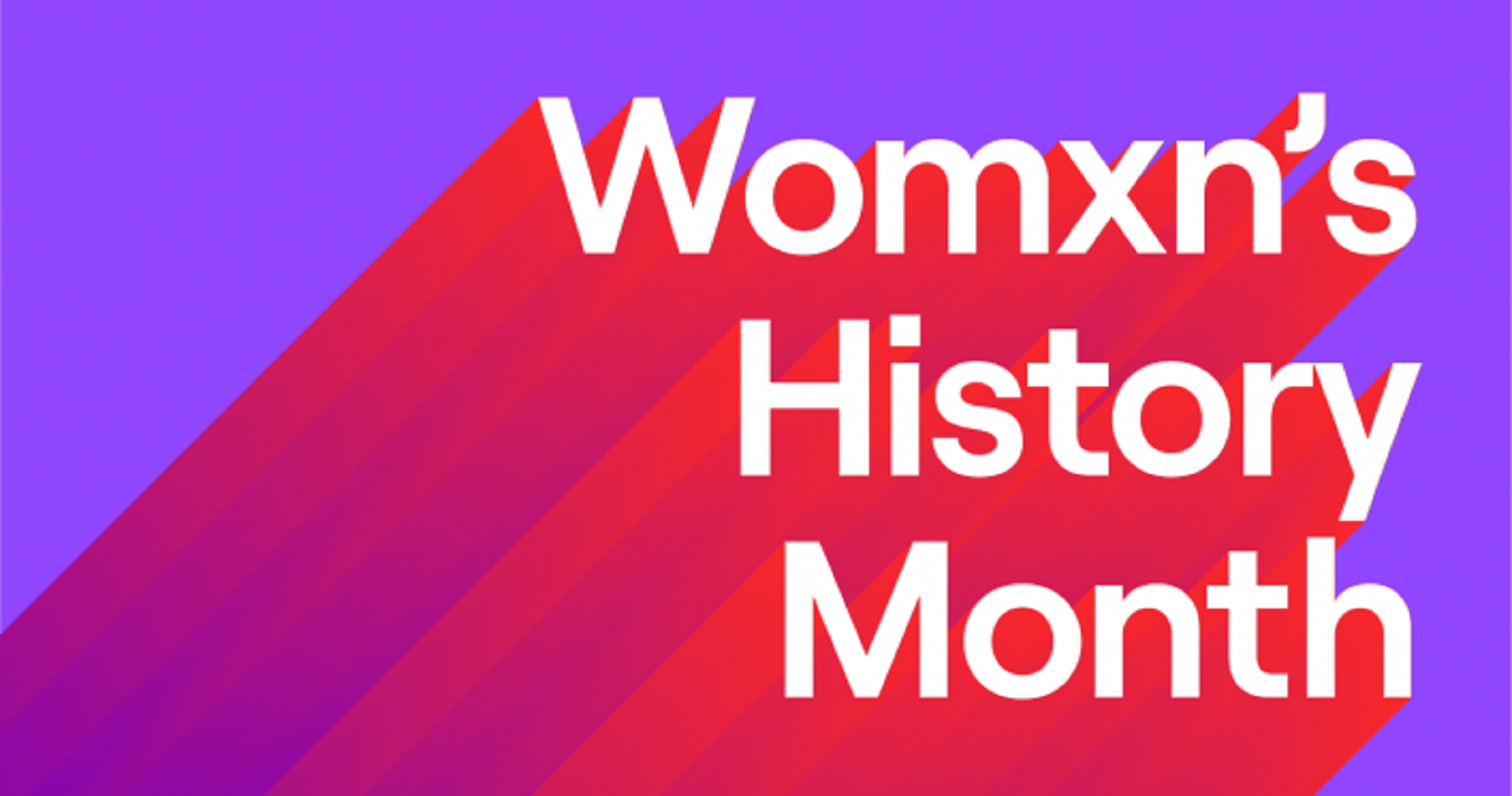