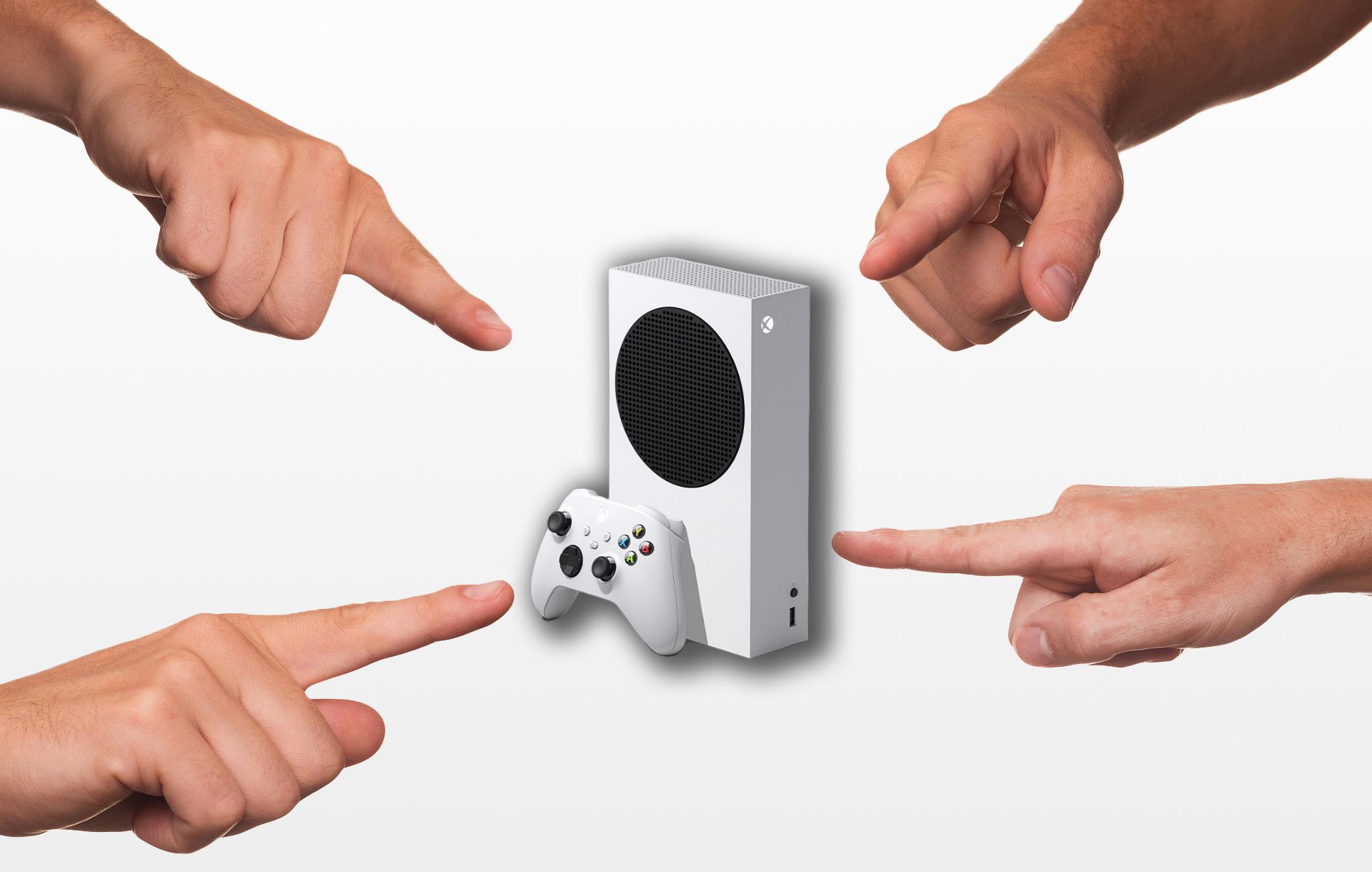 Another developer has hit out at the Xbox Series S and suggests studios are petitioning Microsoft to stop them having to support it.

Earlier in the week a developer at Batman: Arkham creator Rocksteady made the claim that the Xbox Series S has ‘hamstrung’ the entire generation of console, because all multiformat titles have to be able to work on the less powerful version of the Xbox Series X.

This caused considerable debate in fan and development circles, with the dev that started it all quickly deleting his Twitter account. But now another developer has not only agreed with the premise but said that studios have repeatedly asked Microsoft to stop forcing them to support the Xbox Series S.

At the moment, if a game comes out on Xbox Series X it must also work on Xbox Series S, or Microsoft won’t let it be published, but according to Bossa Studios developer Ian Maclure developers have been trying to get them to change their policy ‘for the past year’.

Maclure has already been forced to set his Twitter account to private but, naturally, his tweets had already been saved for posterity by that point.

He was initially responding to a tweet from journalist Jeff Gerstmann, who doubted the originally reported story and the idea that the Xbox Series S was holding developers back.

‘The reason you are hearing it a lot right now is because many developers have been sitting in meetings for the past year desperately trying to get Series S launch requirements dropped,’ wrote Maclure.

‘Studios have been through one development cycle where Series S turned out to be an albatross around the neck of production, and now that games are firmly being developed with new consoles in mind, teams do not want to repeat the process.’

No-one is necessarily calling for support for the Xbox Series S to be dropped entirely though, and it’s likely the developers are simply asking to leave out some features that it cannot properly run.

The whole furore was originally sparked by the news that Gotham Knights does not have a 60fps mode, which according to the Rocksteady developer was in part because the Xbox Series S is holding back development, since no multiformat game can be made that doesn’t run on it.

It’s essentially the same reason many fans are frustrated that most current games are cross-gen, since that means they can’t take advantage of features, such as the fast-loading of the SSD, that are only found on current gen consoles.

Although it’s less popular in the West, the Xbox Series S has outsold the Xbox Series X in some territories, so it’s unlikely that Microsoft will be willing to remove its mandate to support it.

A developer Ian Maclure (@Fearian) says that the Series S is bad and hindering development.

Below are his tweets and a short video about one of his games.#deluded pic.twitter.com/5k4ZGEh7BJ