When it comes to the Metroidvania genre, the last decade has not been unkind. We have had a slew of excellent, inventive, and utterly unique takes on the genre. However, even within this incredibly diverse landscape, Yoku's Island Express is quite possibly the most interesting of the bunch.

Sure, a platforming-heavy Metroidvania isn't likely to blow minds, but a platforming Metroidvania where nearly all of the platforming is done by way of pinball? Surely that has to get your attention, right? And to top it all off, the game is charming, adorable, and plays like a dream. But, of course, with innovation comes confusion. But don't be intimidated! We have all the tips and tricks you need to get… wait for it… the ball rolling!

Classic Pinball Tricks Will Get You Far! 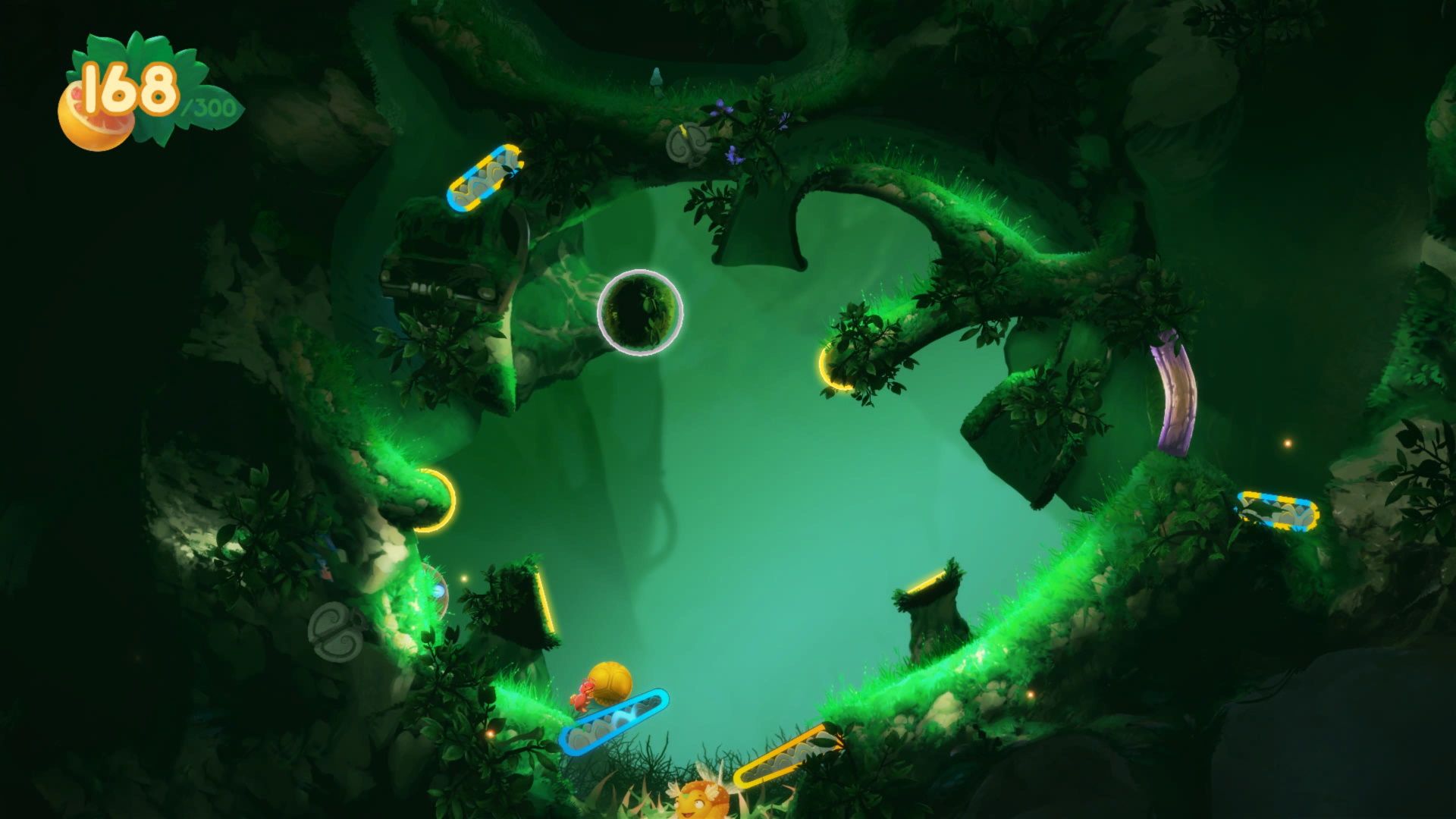 It is a great idea to slow things down. If the ball is ricocheting off of every surface, bouncing with unreactable speed, it is probably time to take things down a notch. A great way to do this is to raise the flipper your ball is moving toward, creating a ramp too steep for the ball to travel up. This is a classic pinball trick and works wonders here.

Once you have stopped the ball, lower the flipper: now you can line up your shot without needing the reactions of The Flash. The ability to maneuver Yoku only serves to enhance this technique. This brings us to our next tip…

You Can Also Control Yoku! 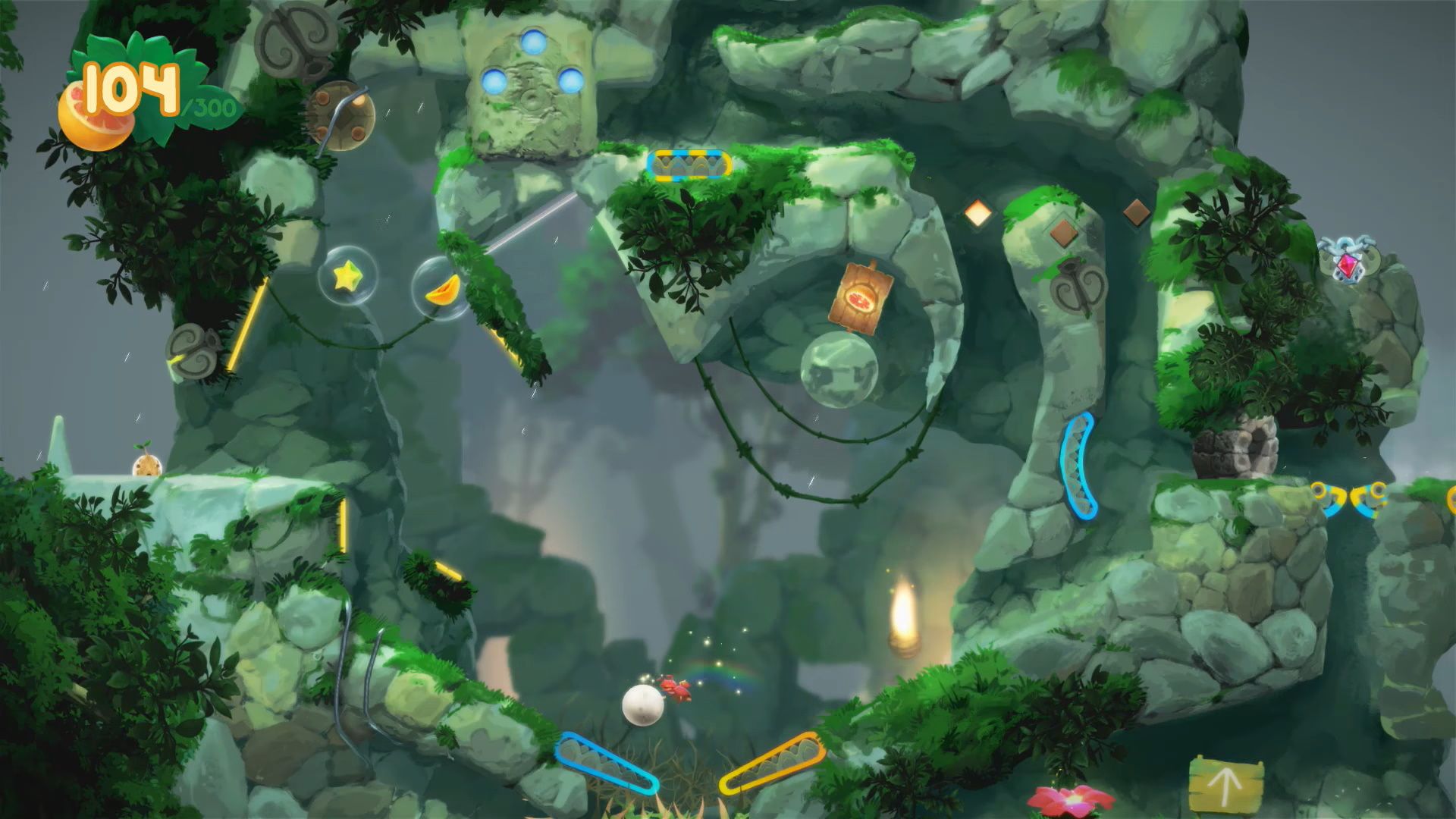 Hey, we get it; it's easy to lose track of the non-pinball elements. However, the pinball flippers aren't your sole means of control. You also have free rein over Yoku. This will allow you to line up shots better and slow momentum. You can even raise one flipper and run Yoku right over it to get to the other side (a pretty little rainbow will accompany this maneuver). This is extremely helpful and gives you a huge advantage in positioning.

You can even compensate for shots that are slightly off by using Yoku. As an example, if you don't quite hit the target, you may be able to cling to the ground with Yoku and walk the rest of the way to it (if the shoot isn't too steep, and you aren't going too fast, at least). The sooner you get used to controlling Yoku the more easily you will be able to traverse these playfields.

Don't Worry About The Secret Cave 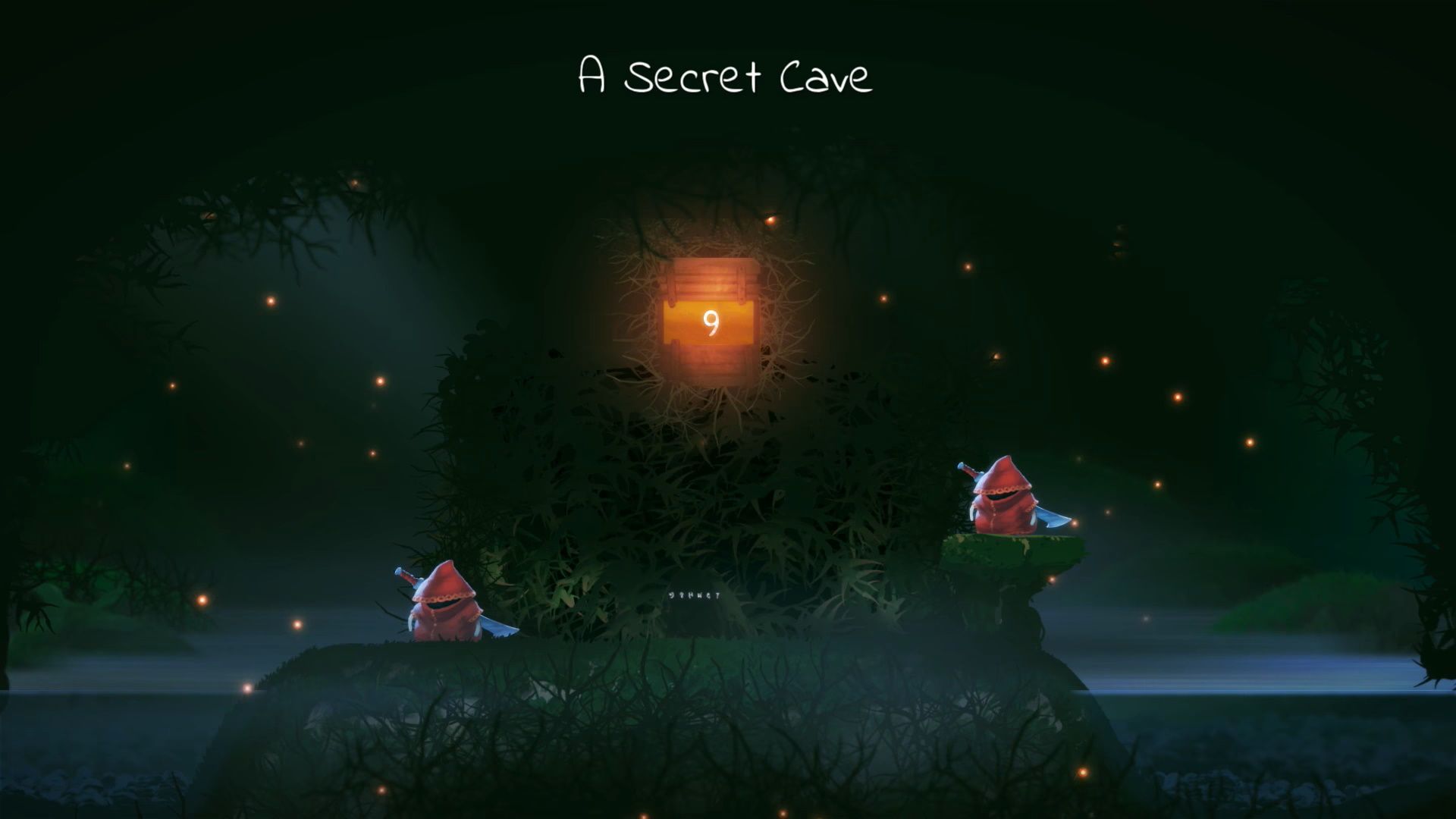 While we can confirm that something will happen once you cross the 50 drained ball threshold (and don't be surprised if you do), it actually opens up a quest that will allow you to obtain an item that will increase the amount of fruit you gain. So don't worry about being "perfect". The ominous cave isn't a big deal. 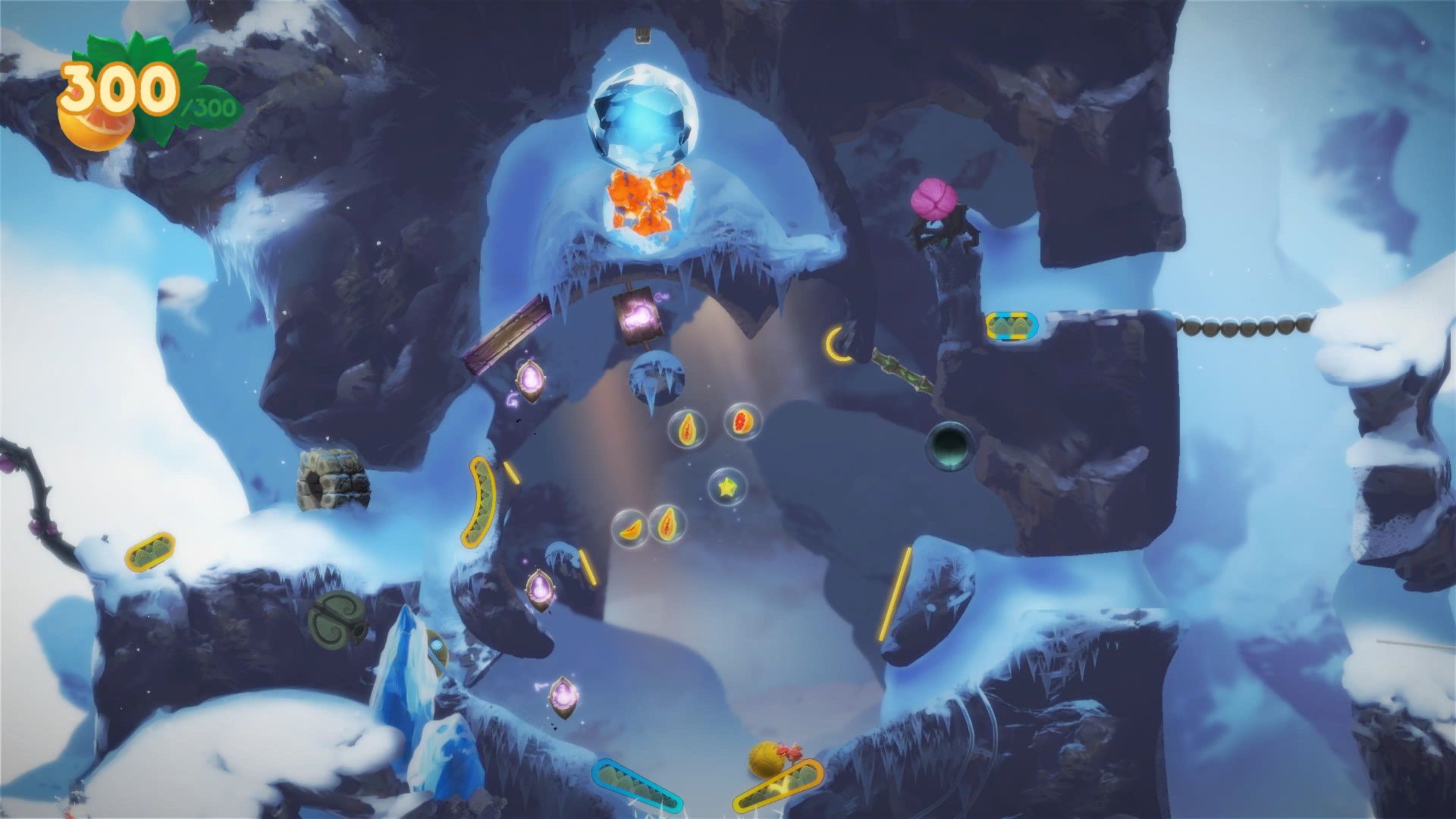 In Yoku's Island, hitting bumpers will cause fruit to burst onto the playfield. Similarly, once you have reached a certain part of the game (pretty early on), you will gain access to a companion—adorably named Kickback—who will defend you from the drain. But be warned, if you dawdle for too long, your fruit and Kickback will disappear. This can really hurt if you unlocked a giant cache of fruit.

You don't need to be too worried about this, nothing critical can be lost, but you should still make the acquisition of valuable items on the playfield a priority. They will not be waiting for you if you decide to blow them off and do other things. 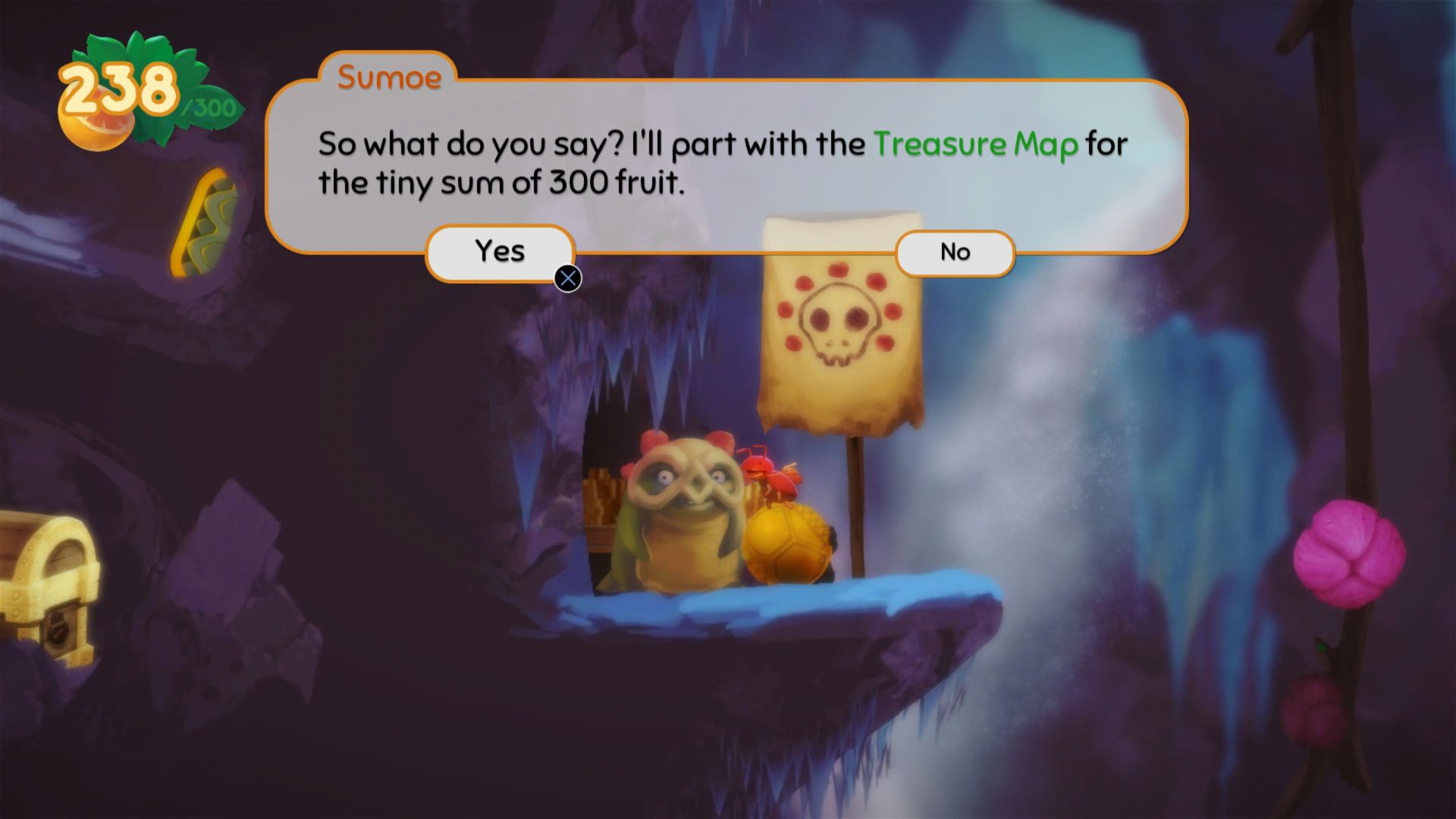 The primary currency in Yoku's Island is fruit. Some people may want to cautiously horde their fruit away, waiting for the big-ticket items, but that would be a mistake. Fruit is not hard to come by.

So, when you come across a bumper that requires a certain amount of fruit to unlock, or a resident offers to sell you something, always give them your fruit. This is especially important in the early game, as your wallet size will be pretty small, meaning that you will often run the risk of filling up on fruit. Which means you will just be leaving fruit behind. 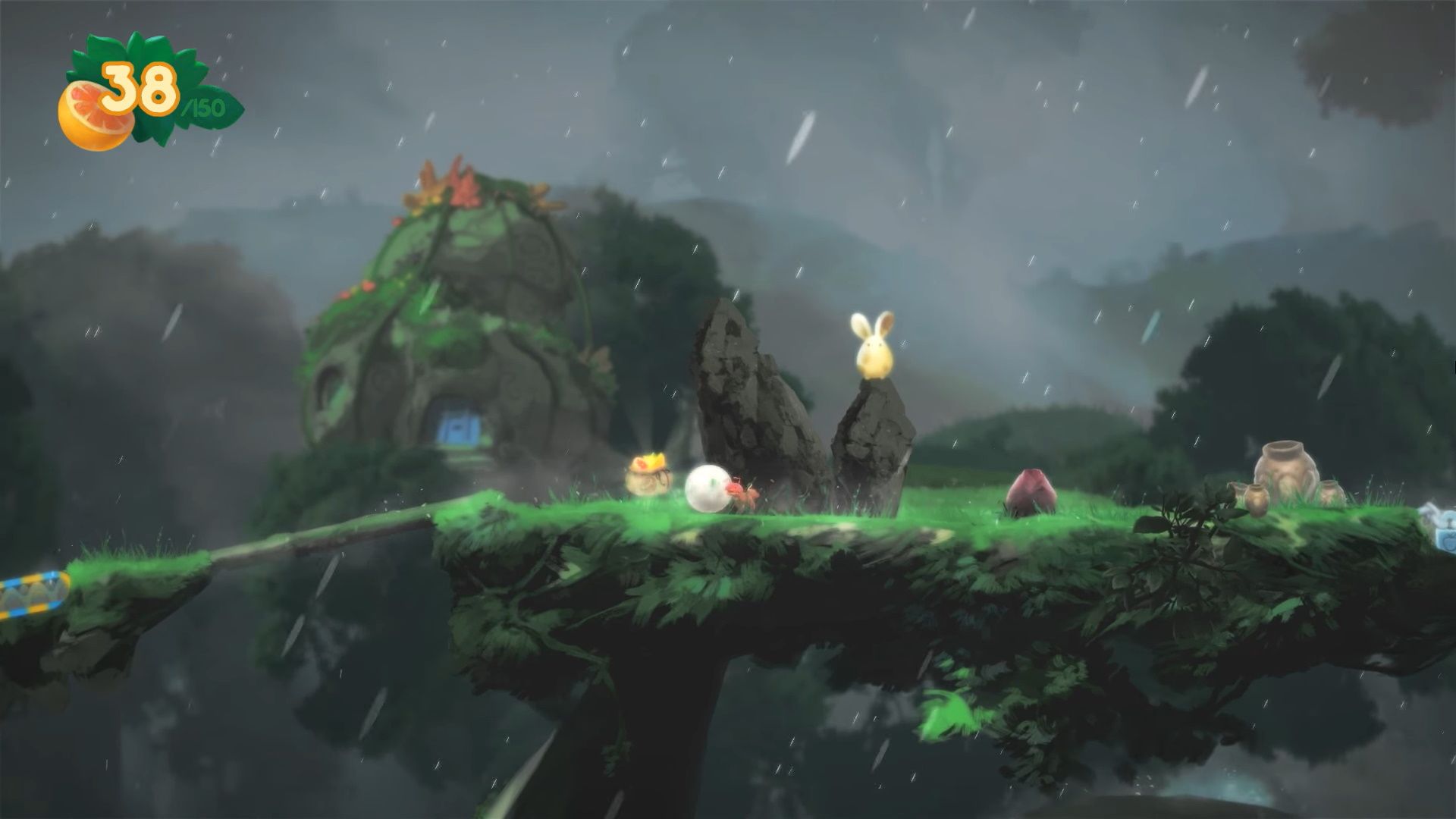 If there is one element that you need to work on as quickly as possible, it is pumping up that wallet size. Even if you are spending freely (which you should), you may find that you are sitting at your wallet's cap a little more often than you would want. Which, unfortunately, means you will be wasting fruit.

There is nothing more painful than unlocking a huge cache of fruit, only for it all to go to waste. So, if you encounter someone who will upgrade your wallet, and you are short some fruit, just roll down to the closest playfield and bounce around until you have enough. Wallet upgrades are a priority! 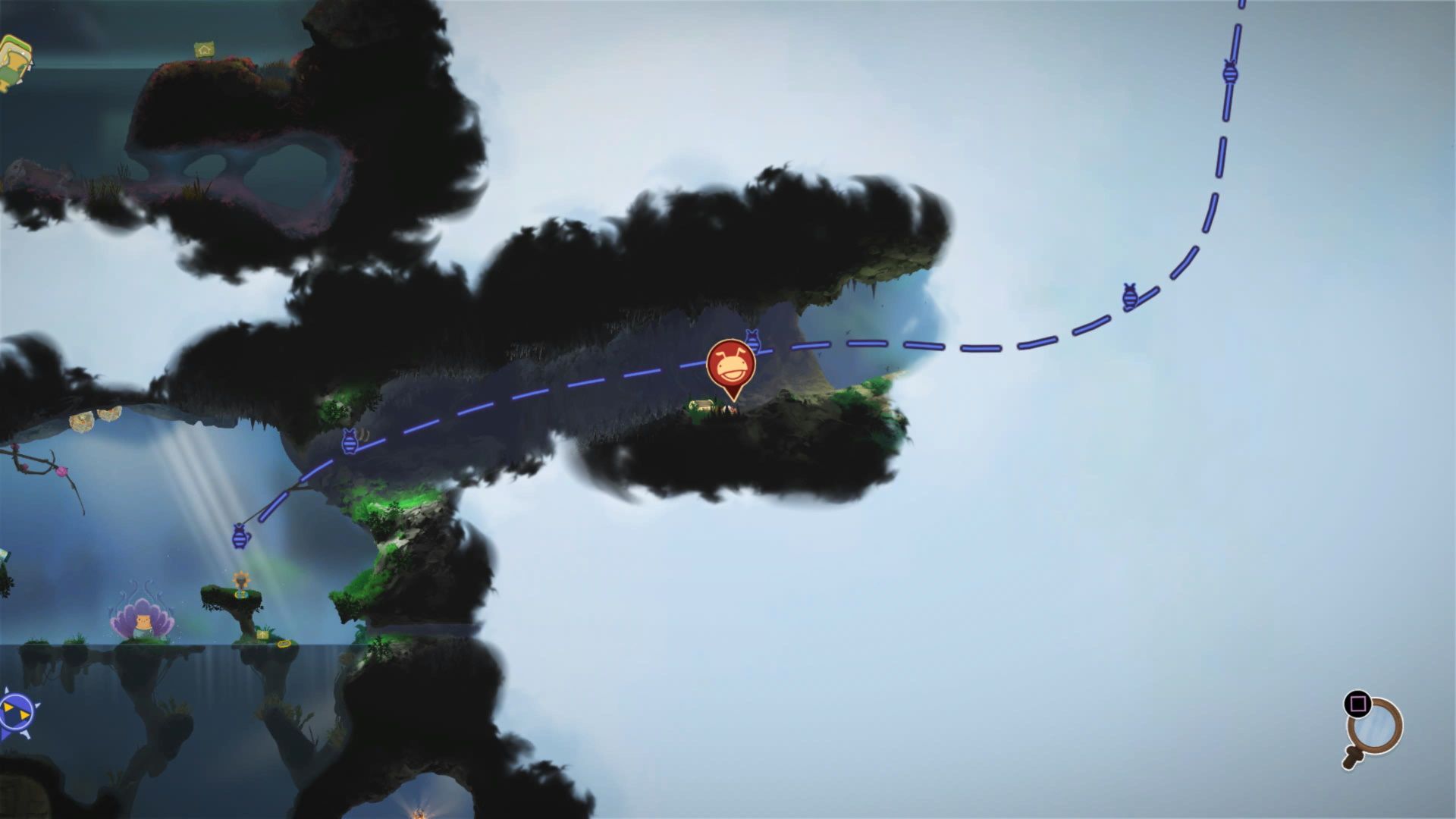 You are going to encounter a number of NPCs who have little jobs for you. It is super tempting to venture out into the wider world when these markers are placed on your map. Unfortunately, some of these quests will take you super, super far away. It could take you dozens of minutes, working through pinball sections that you have already conquered, to get to where you are going.

However, at a certain point in the game, you will unlock the Beeline. This is Yoku Island's way of letting you get from one location to another quickly. Once you start unlocking Beelines, backtracking becomes a breeze. So, it is probably best that you hold off on the distant side-quest stuff until after you have unlocked sections of the Beeline.

Pay Attention To The Flashing Lights 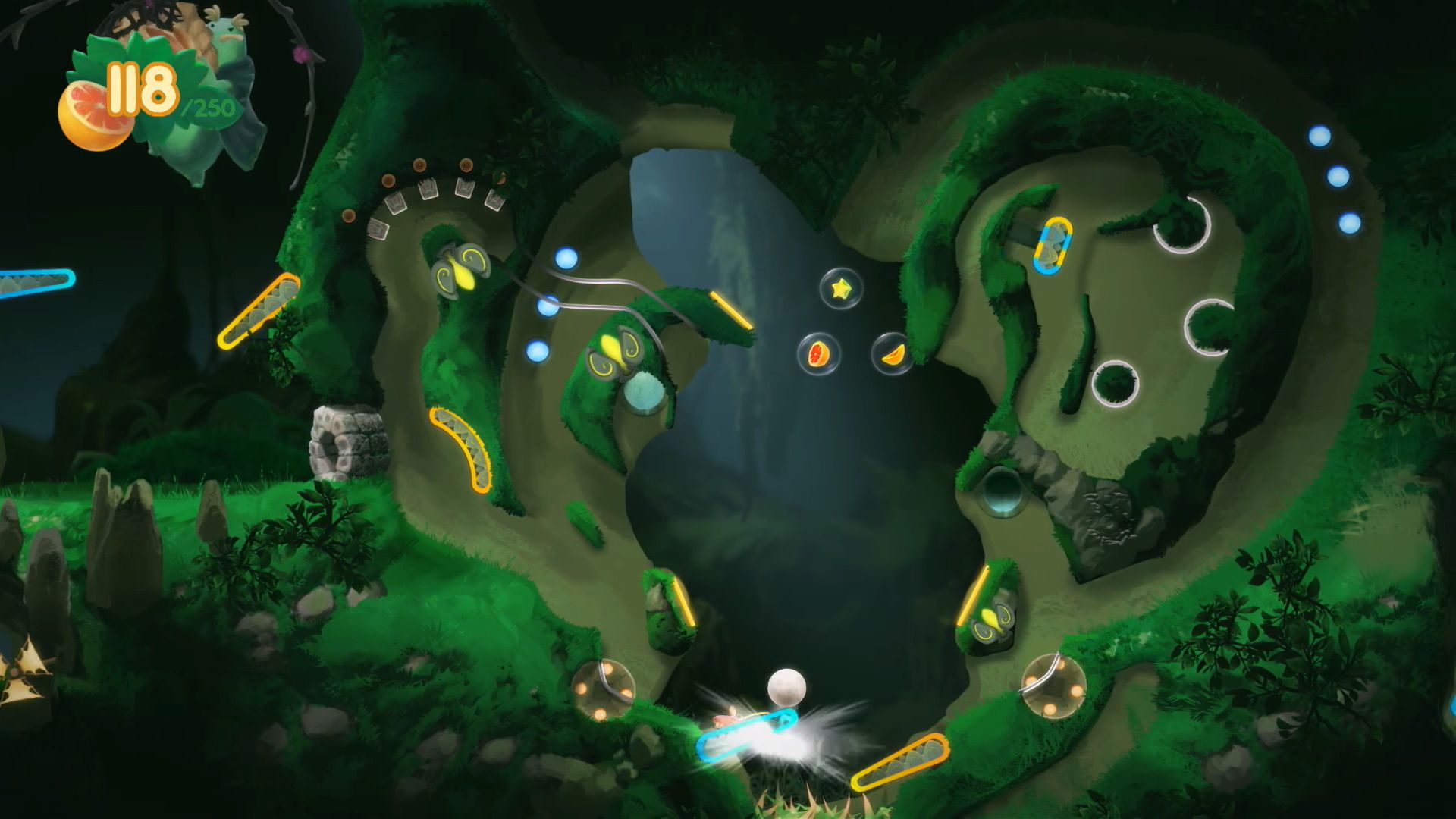 It probably hasn't escaped your attention that the primary thrust of Yoku's Island Express is pinball. It shouldn't surprise you, then, that there are a number of targets and objectives. Usually, there is an obstruction of some sort that you will need to work through. These obstructions typically require you to hit certain targets.

This is all indicated by the playfield itself. If there are lights that aren't lit up, find out how to light them. If there is an active, glowing spinner, you are going to need to hit it. If a bumper is golden, that means you haven't exhausted it. Once they are grey, that means you can disregard them. If you are ever stuck on a given pinball section, you are probably missing one of these things.

The Flippers Light Up 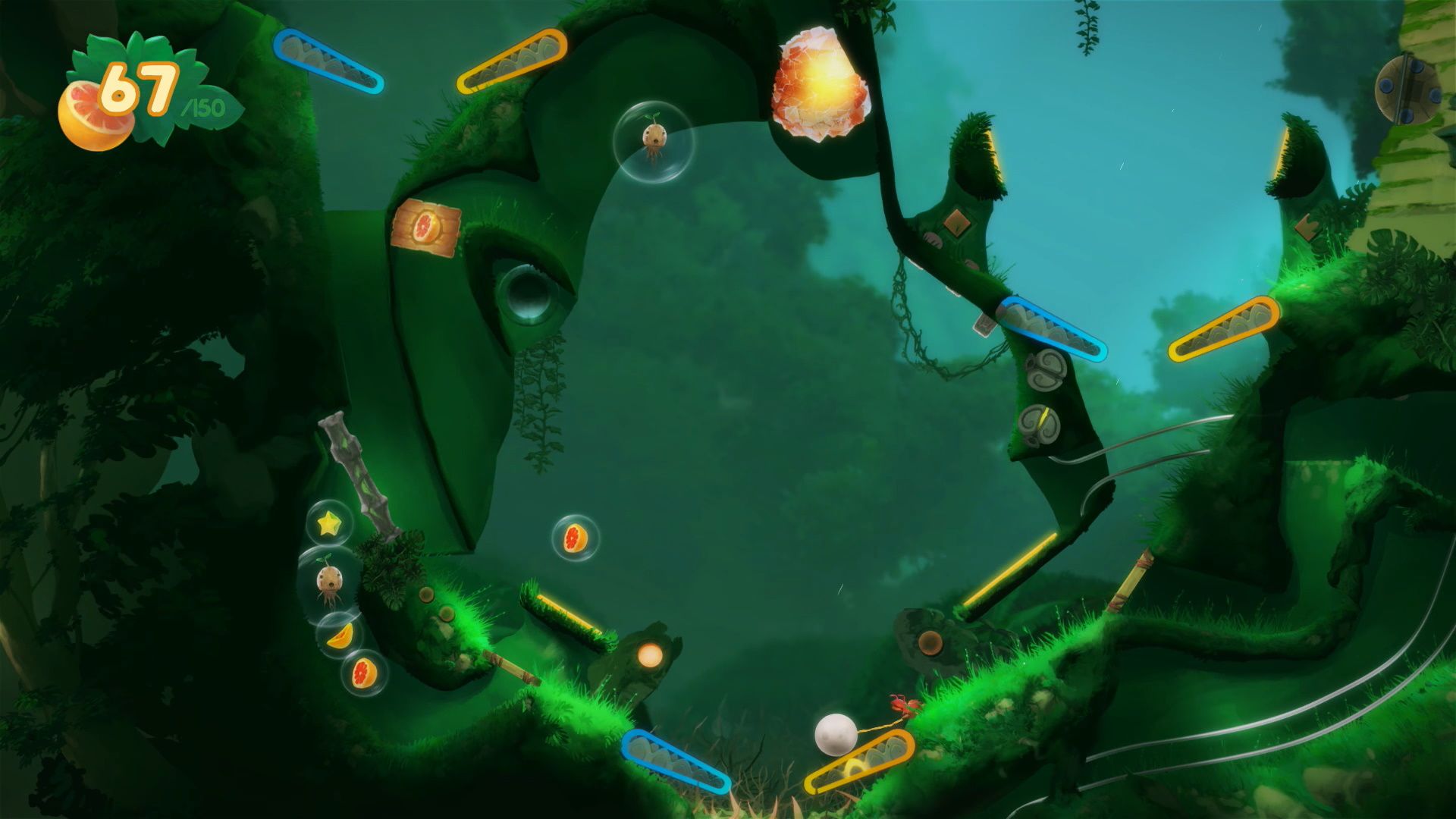 At first glance, the flippers lighting up is just a fun visual element, but you aren't looking close enough, my friend. The flippers have grid lines on them. And guess what? They are consistent across all flippers. If you haven't figured out why this is a huge deal, it is because this allows you to line up a shot consistently.

So, if you are going for a skill shot, you don't need to go by feel. This element is made even more potent by your ability to control Yoku and position him wherever you want on the flipper. If you are trying to make a skill shot, pay close attention to the segment of the flipper that is lit. If your shot is off the mark, make sure to adjust Yoku forward or backward on the flipper. Once you clue into this aspect, even the hardest shots become a simple matter of trial and error.