This article contains spoilers for the entire first season of House of the Dragon.

‘Her cause is just’. ‘She’s the rightful heir to the throne’. ‘She doesn’t want to inflict needless suffering’. ‘She has dragons on her side’.

Those were some of the arguments in favor of Daenerys Targaryen’s claim to the Iron Throne in Game of Thrones, and, if you need your memory jogged, they were all upended in the series’ final episodes when the supposedly just and merciful queen used her dragon against King's Landing and its civilian population like a despot launching a nuclear bomb. So, should it give the subset of viewers wholeheartedly supporting the Blacks’ claim pause that all of the same rationale also applies to Daenerys' ancestor, Rhaenyra?

In the weeks leading up to Sunday’s finale, and especially after the events of the episode’s final minutes, I’ve seen more and more Rhaenyra boosterism online. The feeling among many seems to be, to paraphrase one tweet, that anything Rhaenyra does going forward will be justified. After all, the Hightowers are usurpers of Rhaenyra's rightful claim and killed her son. Why would anyone side with them?

My rebuttal is: You shouldn't be siding with anyone! 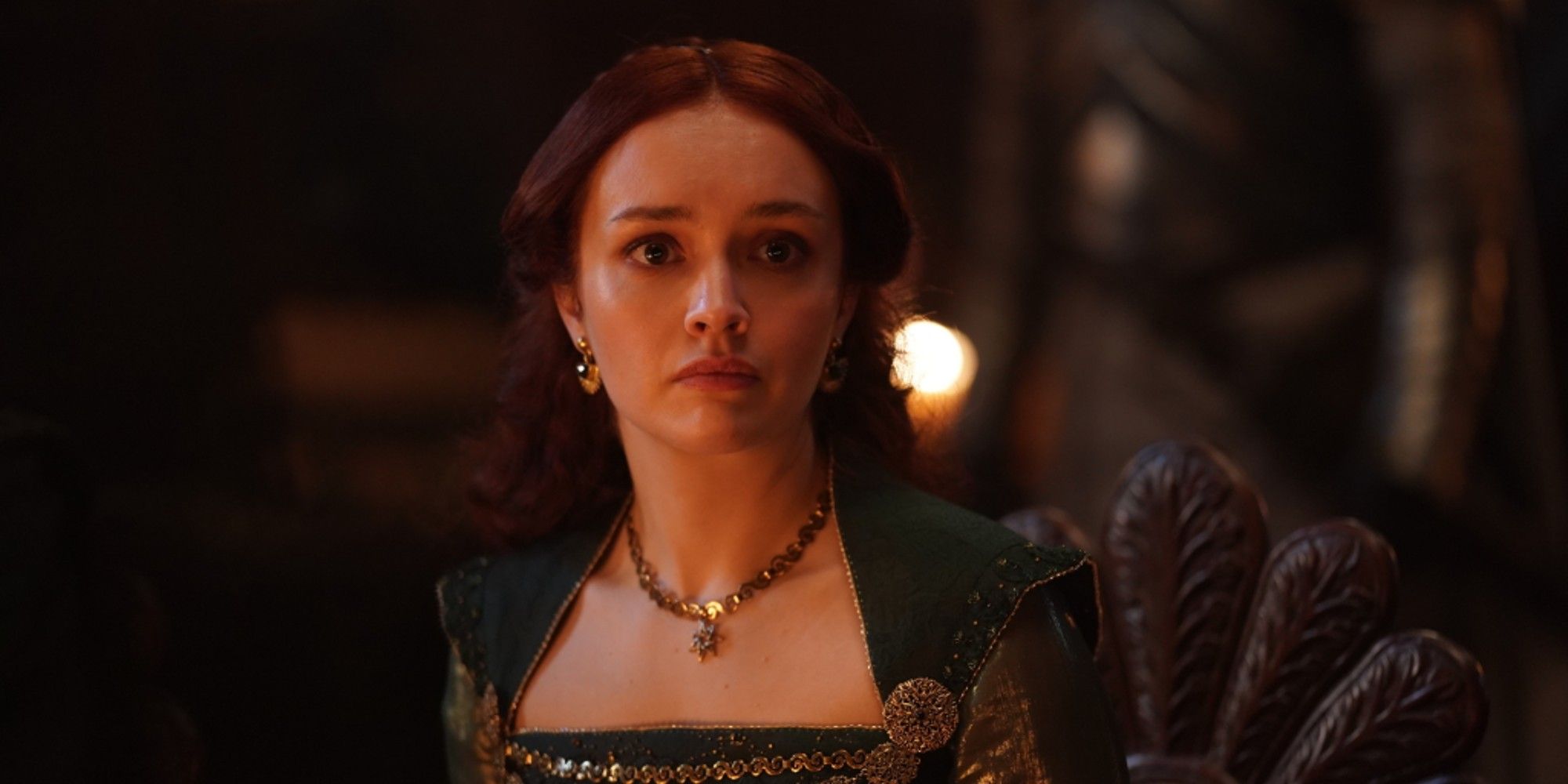 By that, I don't mean that you shouldn't have favorites. Obviously, House of the Dragon is a work of fiction and you can like characters who do bad things. Jaime and Tyrion were my favorite Game of Thrones characters. One raped his sister and attempted to murder a child, and the other strangled his ex-lover with chains. Daemon is my favorite character in House of the Dragon, but he killed his first wife and, in the finale, choked Rhaenyra, who is his niece and second wife. You can like fictional characters who are abjectly bad. Some of my favorite George R.R. Martin characters are war criminals.

When you actively root for one side in a series like House of the Dragon, you're missing the point. Rhaenyra has the more legitimate claim, sure, but she's allied herself with Daemon, who is willing to murder and otherwise harm innocent people to get what he wants. Meanwhile, though Aegon's claim is illegitimate, Alicent believes that she's carrying out her husband's dying wish. Though Aemond killing Lucerys was unwarranted, Lucerys did take Aemond's eye. There are legitimate personal grievances on both sides of the battle, and, as usual for Martin’s work, good and evil is eschewed in favor of a moral morass.

Both Game of Thrones and House of the Dragon live in the shades of gray inherent to lords and ladies warring for control in a society that does not take the living conditions of anyone not born into nobility into consideration. When the council laughed at Samwell Tarley's suggestion that Westeros abandon monarchy for democracy in the Game of Thrones finale, the series was making this point as clearly as possible. These characters may be sympathetic, they may have been formed by their trauma, they may have done the best they could to avoid doing harm to others. But, ultimately, their disputes are over who gets to be in charge of a system that exists to continue to benefit people like them, and only people like them.