Eldlich rules over the Golden Land, using powerful alchemical artifacts called Eldlixirs to summon armies of golden foot soldiers and expand the reach of his empire. Inspired by the Age of Discovery and the mythical golden city of El Dorado, the Eldlich archetype aims to control the board by steadily accruing resources and outlasting the opponent. Just as any great ruler would, Eldlich plays the long game.

Since its release, Eldlich has consistently been one of the best control strategies in Yu-Gi-Oh!. If you enjoy restricting your opponent's actions and whittling them down slowly more than flashy ten-minute combos, then Eldlich is definitely a deck for you to keep an eye on. It's also good for anyone who loves gold. 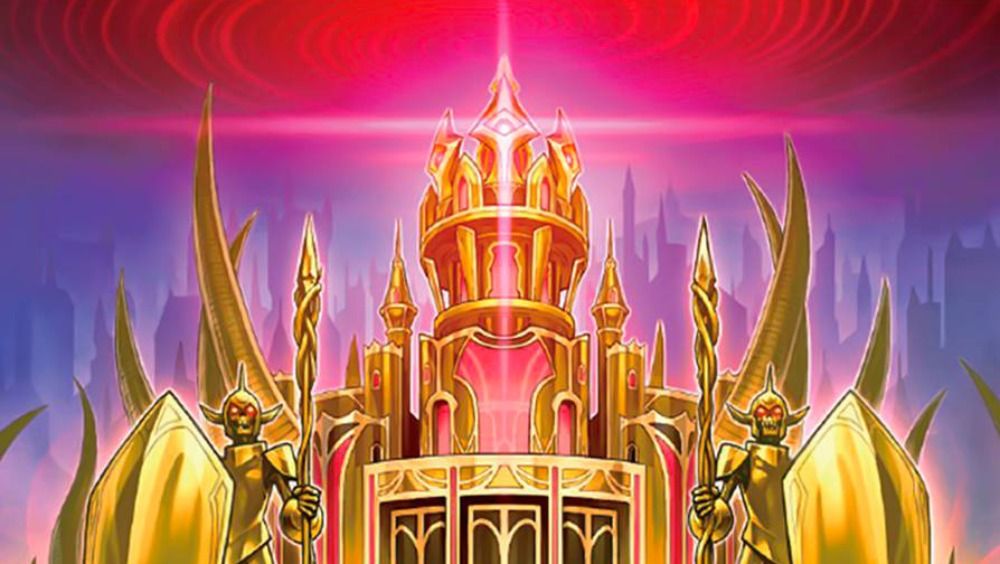 The Eldlich deck is primarily composed of three archetypes: Eldlich, Eldlixir, and Golden Land. The main card in the Eldlich archetype is the lynchpin of the entire deck, Eldlich the Golden Lord himself. He can send a card your opponent controls to the Graveyard by discarding himself and a spell/trap card, and he can also return himself from the Graveyard to the hand (by sending a spell/trap you control to the Graveyard). And that's not all: he can Special Summon a Zombie monster from your hand, which can be Eldlich himself, and then augment the summoned monster's attack and defense by 1,000 each. There is also an Eldlich Fusion monster, Eldlich the Mad Golden Lord, although it is rarely played. Even when taken in isolation, Eldlich is an incredibly strong and resilient boss monster, but when supported by the Eldlixir and Golden Land cards, he becomes truly menacing.

Both Eldlixir of Scarlet Sanguine and Eldlixir of Black Awakening can Special Summon Eldlich from the deck, heavily improving the deck's consistency. You might be worried that Scarlet Sanguine is a trap, so it won't give you access to Eldlich until your opponent's turn, but this is nothing to be concerned about: you will be setting a lot of trap cards as an Eldlich player and there is no reason you need Eldlich on board for your first turn plays, which usually involve setting four or five spells/traps and passing to your opponent anyway. The Eldlixirs can each banish themselves from the Graveyard to set a Golden Land spell/trap directly from your deck, providing you with a fantastic grind game resource.

Conversely, each of the Golden Land trap cards can banish themselves from the Graveyard to set an Eldlixir from your deck – this incredible recursion is one of the reasons why the Eldlich deck is so oppressive in simplified game states. The Golden Land traps, when activated, Special Summon themselves as normal monsters and then perform a unique action – Conquistador of the Golden Land, for example, Special Summons itself and then destroys one face-up card on the field. There is also Guardian of the Golden Land, which changes the attack of one face-up monster on the field to zero (which means it can be activated during the Damage Step!), and Huaquero of the Golden Land, which banishes a card from either Graveyard. Timing these trap activations well and denying your opponent key resources is essential for any good Eldlich player; playing Eldlich well often requires an understanding of your opponent's strategy as much as your own.

Finally, Cursed Eldland is a card that doesn't fit into any of the above three archetypes, but it is still undeniably an Eldlich card. It's a Continuous spell that functions as a once-per-turn searcher of any 'Eldlich' or 'Golden Land' card, again providing a consistency boost for the deck. You do have to pay life points to activate its effect though, so be careful if you don't have much time left on your round! 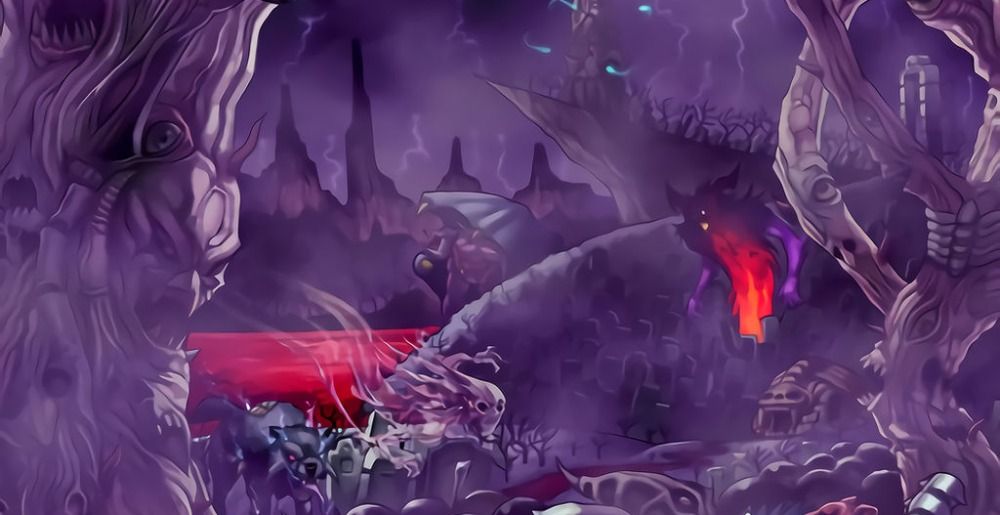 The Eldlich deck is unusually versatile, being able to function as a pure strategy, as well as synergising with many engines and decks. Sometimes Eldlich will be the main focus of a deck, and other times it will be an engine in a deck. Even if you're not planning on playing an Eldlich deck, it's still a good idea to keep the Golden Lord in mind when deckbuilding, since you may be surprised with how seamlessly it fits inside your deck.

The standard variant of Eldlich is Pure Eldlich, also called Trap Eldlich. This deck contains the standard Eldlich/Eldlixir/Golden Land core cards, as well as many debilitating staple traps to further put the thumbscrews on your opponent. Cards such as Torrential Tribute and Ice Dragon's Prison can be difficult for many decks to deal with, especially when paired with the Golden Land traps.

To further lock down the game, many floodgates such as Gozen Match can be played in Pure Eldlich – the deck can also run the infamous Skill Drain since Eldlich the Golden Lord only activates effects from either hand or Graveyard. Since Pure Eldlich doesn't utilize its Extra Deck at all (or at least only in very rare situations), you can play consistency-boosting cards like Pot of Prosperity and Pot of Extravagance without any worries. This same fact gives you unfettered access to Dogmatika Punishment as another trap option. The deck's strategy is very straightforward – lock your opponent out of the game with a barrage of trap cards -, although playing the deck well requires a keen eye for when each of your interruptions will be most damaging.

All the Eldlich and Golden Land monsters are Zombie-type, meaning the deck has good synergy with generic Zombie cards. This is the foundation of Zombie World Eldlich, an Eldlich variant that utilizes the incredibly powerful Field spell Zombie World, alongside Zombie monsters that augment it, to provide yet another avenue of restriction for your opponent's play. Zombie World itself changes all monsters on the field and in the Graveyards to Zombie-type, completely locking type-dependent strategies like Swordsoul out of the game. Necroworld Banshee protects your Zombie World from destruction and targeting, and can also search Zombie World if it's in the Graveyard, which can happen via cards such as Uni-Zombie or Foolish Burial.

If that wasn't enough, the existence of Zombie World in the deck means you can play Doomking Balerdroch as a boss monster that provides an incredible amount of negation and disruption if your opponent doesn't have the right cards to out it. Interestingly, Zombie World Eldlich can play Eldlich the Mad Golden Lord as a target for Super Polymerization (alongside Dragonecro Nethersoul Dragon, of course) even though Pure Eldlich doesn't play it, since finding a Zombie-type monster to use as Fusion material for Mad Golden Lord is much easier when Zombie World turns all your opponent's monsters into Zombies.

The fact that Eldlich is such a good boss monster even without his supporting cards, in addition to the deck requiring no Extra Deck monsters, makes it splashable into many other decks as an engine. Eldlich has proven synergy with Dogmatika, Branded, and Cyberse decks just to name a few – you should never count it out if you can spare a couple of spaces in your main deck.