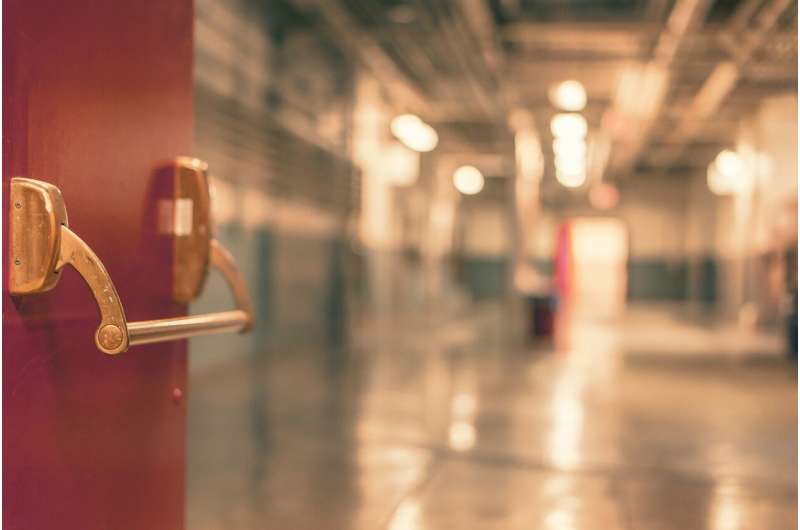 Patients run away from in-patient mental health facilities because they experience bad news or conflict, or because they have specific everyday things to do, a Flinders University study has found, adding fewer than 2 in every 100 patients leave care.

The researchers, led by Emeritus Professor Eimear Muir-Cochrane from Flinders University’s College of Nursing and Health Sciences, say better communication and patient-centered care are key to reducing a patient’s need to abscond, or leave without permission, while also minimizing the use of antipsychotic or sedative drugs, known as chemical restraints.

“Mental health care in Australia is dominated by what risk the patient is to the outside world, xenical vitamin deficiency or themselves, rather than what their individual needs are,” says Professor Muir-Cochrane, past President of the Australian College of Mental Health Nursing.

“While safety is of course important, the human rights of people in psychiatric units need to be upheld and we can do this through actually meeting their needs with empathy and communication.”

Professor Muir-Cochrane, along with Flinders University colleagues Dr. Amanda Muller and Dr. Candice Oster, looked at anonymised data from 11 psychiatric wards in one metropolitan Australian city, between January 2016 and June 2018.

Nine-hundred ninety-five absconding events by 488 patients were reported in that time, meaning a rate of 1.6 events per 100 admissions.

“Most patients left from open unlocked wards, many simply not returning from approved leave or returning late, with only two events occurring from the three locked wards that were included in the data,” says Professor Muir-Cochrane.

Men were more likely to abscond than women, while Indigenous Australians accounted for a quarter of all absconding events. Almost 80 percent of the patients that absconded had a diagnosis of schizophrenia or other primary psychotic disorders, with the majority admitted to inpatient care involuntarily.

Alongside the number of events, the researchers also had access to notes made by nursing staff, giving insights as to why the patient left the facility.

The study identified two major themes to explain why the patients left the facility, one categorized as “having things to do,” with the other classed as “something changed.”

“In some cases, people chose to leave simply because they had the opportunity to do so, such as an open door or low security, while others left because they had something specific they wanted to do,” says Professor Muir-Cochrane.

“On the other hand, certain patients left because something changed in their treatment, they received bad news, or conflict occurred between themselves and other patients or staff.”

While this is only a snapshot of mental health patients across Australia, the researchers say understanding why people leave mental health treatment can help to inform how the system can improve.

“We need a comprehensive system that is patient-focused and involves intensive support from nurses, and family where appropriate, as well as structured ward activities to reduce boredom, and the encouraging of patients to stay connected with their support system out of hospital,” says Professor Muir-Cochrane.

“We need to stop viewing those in mental health facilities simply as a safety risk but as patients with needs that if not met will result in bad outcomes, the same as any other health patient.”