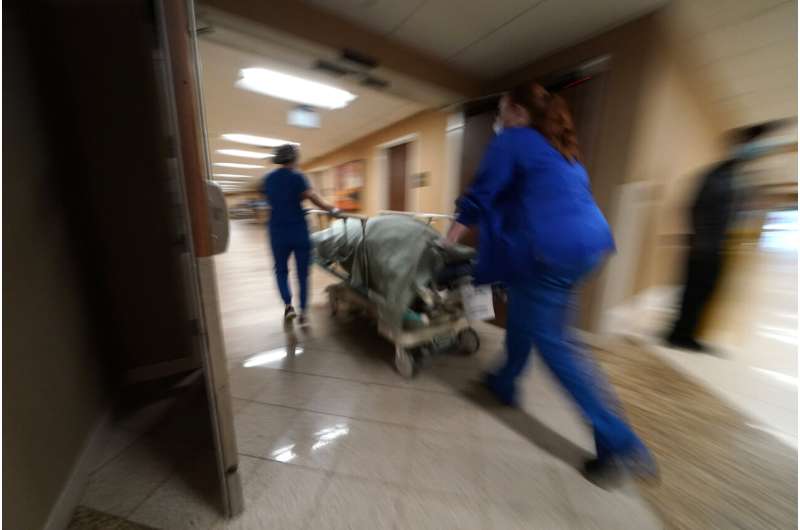 U.S. health officials say 2021 is shaping up to be even deadlier than last year.

It’s too early to say for sure, since all the death reports for November and December won’t be in for many weeks. But based on available information, it seems likely 2021 will surpass last year’s record number of deaths by at least 15,000, said Robert Anderson, who oversees the Centers for Disease Control and Prevention’s death statistics.

Last year was the most lethal in U.S. history, due largely to the COVID-19 pandemic. A CDC report being released Wednesday shows 2020 was actually even worse than the agency previously reported.

The report presents a final tally for last year of about 3.384 million U.S. deaths, about 25,000 more than a provisional count released earlier this year. Such jumps between provisional and final numbers are common, but 2020’s difference was higher than usual because of a lag in death records from some states that switched to new electronic reporting systems, Anderson said.

The CDC this week also revised its estimate of life expectancy for 2020. Life expectancy at birth that year was 77 years, a decrease of 1.8 years from 2019. The agency previously estimated the decline at 1.5 years.

Anderson said it’s likely that the nation will see more than 3.4 million deaths in 2021. Other experts said they think deaths for the year will end up either about the same as in 2020, or higher.

A large reason is COVID-19, which hit the U.S. hard around March 2020 and became the nation’s No. 3 cause of death, behind heart disease and cancer.

Experts also think the 2021 numbers will be affected by a drug overdose epidemic that is expected to—for the first time—surpass 100,000 deaths in a calendar year.

But the coronavirus clearly had an impact. The nation had the smallest population gain rate in history between July 2020 and July 2021, primarily because of the COVID-19 deaths, said Kenneth Johnson, a University of New Hampshire researcher.

Officials had hoped COVID-19 vaccines would slash the death count. But vaccinations became available gradually this year, with only 7 million fully vaccinated at the end of January and 63 million at the end of March.

Since then, many Americans have chosen not to get vaccinated. The CDC says 204 million Americans are fully vaccinated—or about 65% of the U.S. population that are age 5 and older and eligible for shots.