The 2022 Subaru Share the Love® Event helped raise funds, spread awareness and encourage community involvement for our nation’s most vulnerable animals. Now that the campaign has concluded, decadron breastfeeding it’s time to share the love forward this new year!

Whether it’s adopting or fostering an animal in need, donating to your local animal shelter, or performing a simple act of kindness, Subaru and the ASPCA encourage you to “share the love” in your community. If you need some inspiration, we have the purr-fect pair to show you how it’s done!

Jillian T. had just moved to Los Angeles when she started looking for an animal to adopt. Having had experience with both dogs and cats in the past, she began searching for a dog, but ultimately decided that a cat would be the best fit at that time.

“I would search the PetFinder website daily and save animal profiles I thought would be a good fit, but wasn’t ready to adopt just yet,” explains Jillian.

Jillian would check back in on the profiles she had saved but most of the time the animals had been adopted. All except for a unique pair of cats, Eileen and Lil Bear.

Eileen and Lil Bear were found as kittens in October 2021 by an El Monte Community Foster who noticed that Eileen had something wrong with her eyes.

“Eileen’s eyes were damaged due to an untreated URI,” explains Ariel Collins, ASPCA Senior Manager of Animal Placement and Logistics in Los Angeles. “Our veterinarian determined that removing both her eyes was the best course of action for her.”

Now blind, Eileen needed a new way to see the world. But luckily, she had Lil Bear by her side. Lil Bear took on the role of Eileen’s guide, making her feel secure and comfortable. He wears a bell on his collar so that Eileen always knows where he is—even cats need a helping hand sometimes! 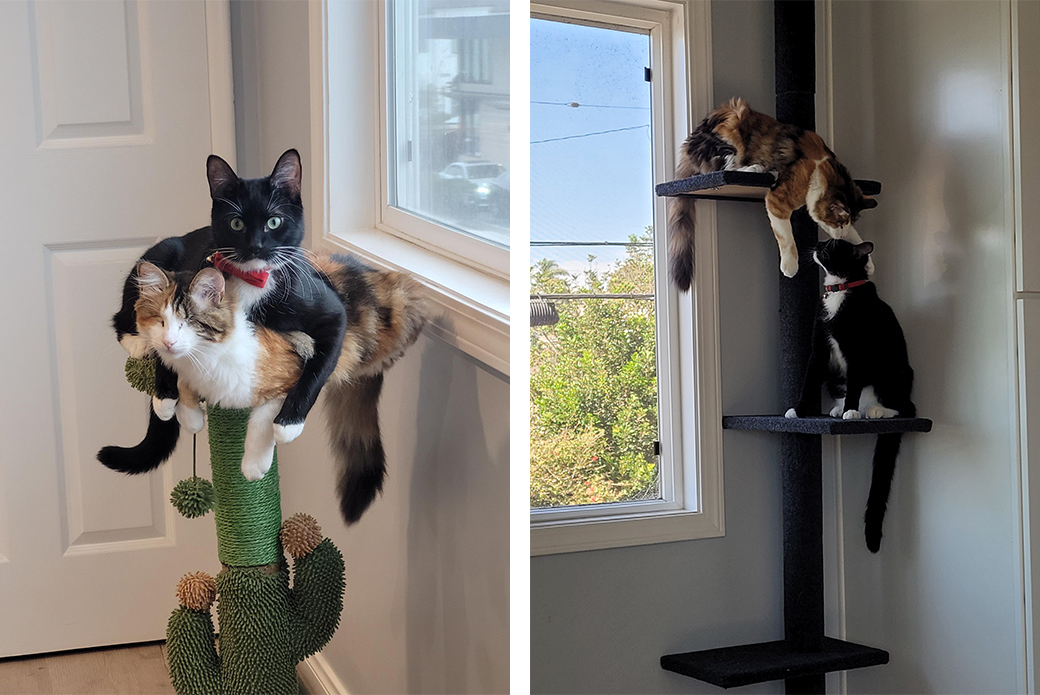 Since not everyone subscribes to the belief that two cats are better than one and partly due to Eileen’s blindness, Eileen and Lil Bear were overlooked for adoption and spent months in foster.

That was, until Jillian found the pair online. 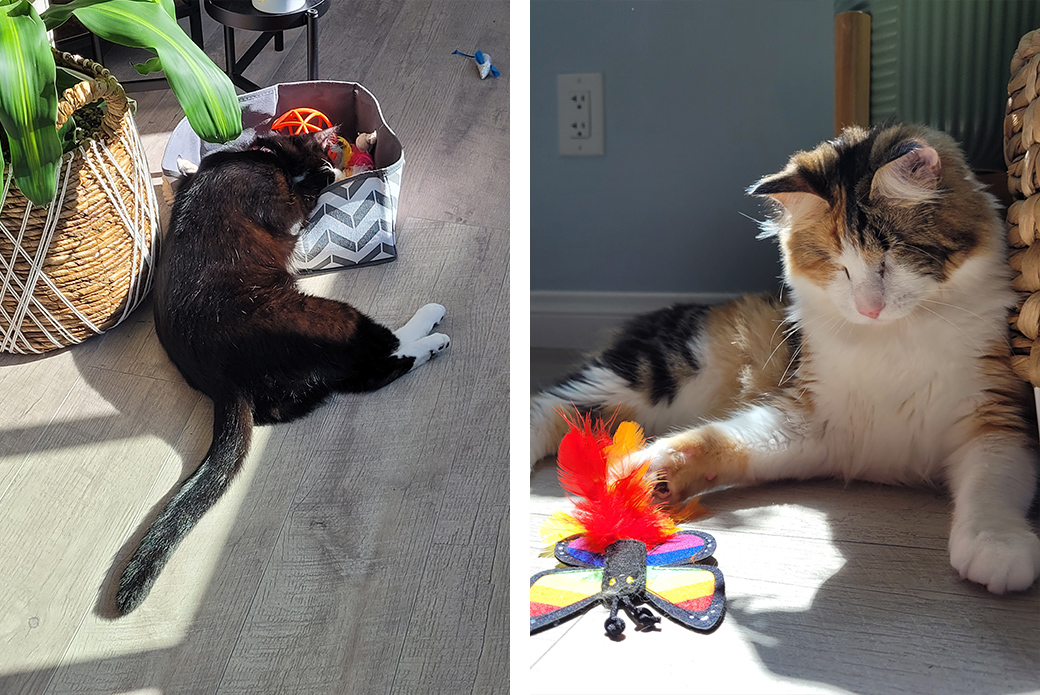 “I just felt it was meant to be,” Jillian tells us. “They deserved a happy home regardless of any disabilities.”

After nine months in foster care, in July 2021, Jillian took the leap of faith and adopted the pair, all without ever meeting them in person.

“It was a gamble that really paid off,” says Jillian. 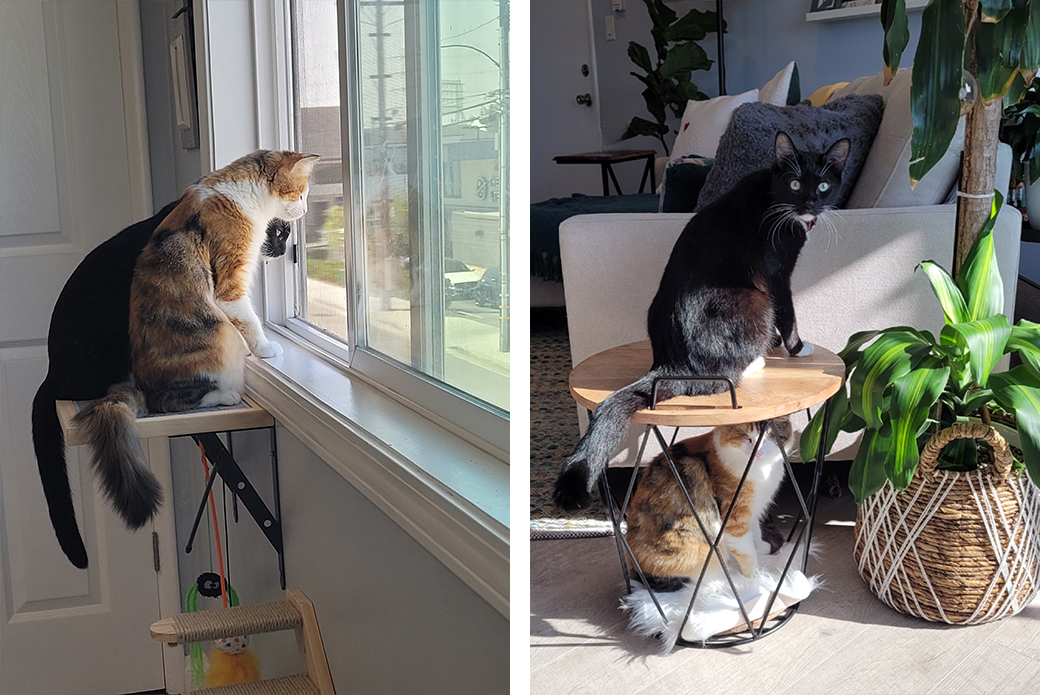 To mark this new, exciting chapter in their lives, Jillian changed Eileen and Lil Bear’s names to Callie and Arlo, respectively.

When first arriving home, Arlo was more timid than Callie. He hid under the couch and took his time to acclimate. Callie, on the other hand, got out of the cat carrier and climbed right into Jillian’s lap.

“It’s still one of my favorite memories,” Jillian remembers.

With time, the duo has begun to get comfortable in their new home and their personalities have started to blossom. 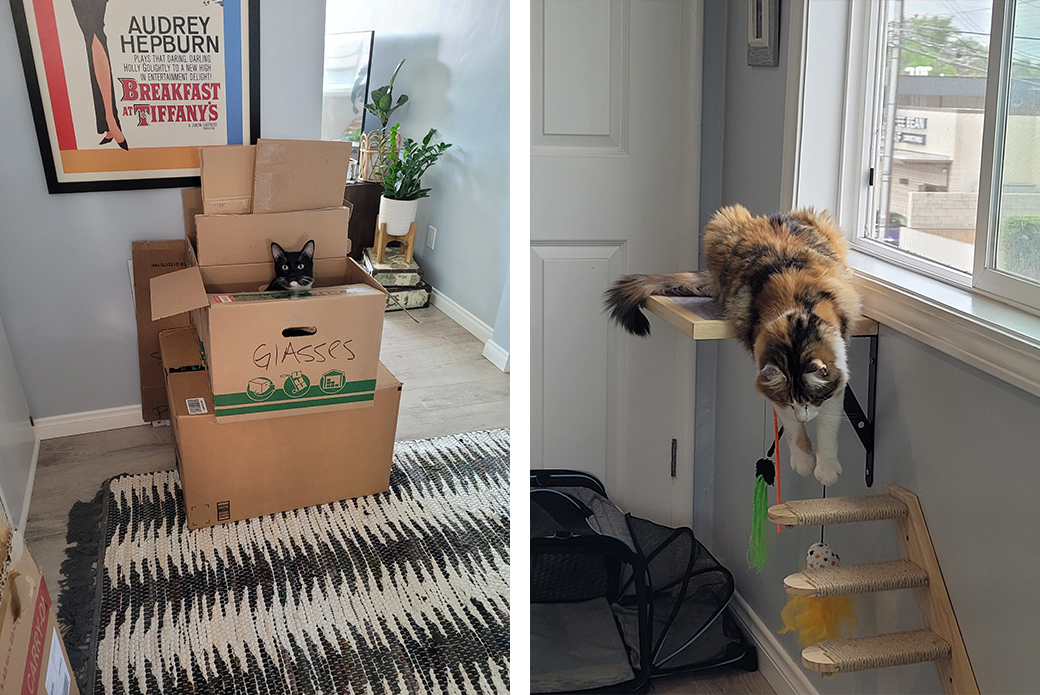 “Even with Callie’s blindness, she is way more fearless than Arlo,” Jillian explains. “Any loud noise (hair dryer, vacuum, knock at the door) Callie will come running towards the sound rather than away. She also loves to sneak attack Arlo any chance she gets and is an instigator when playing. Arlo is a very curious cat and will get into anything. He is cuddlier and seeks attention. He is also more verbal, and I love to say, ‘supervises’ and gives his input every chance he can.”

“They have made L.A. feel like home,” Jillian adds. “We are both ‘new’ to the area (them only being one year old), I couldn’t be happier to experience this adventure together. Regardless of disability, breed, age or fur color, all animals deserve a happy home!” 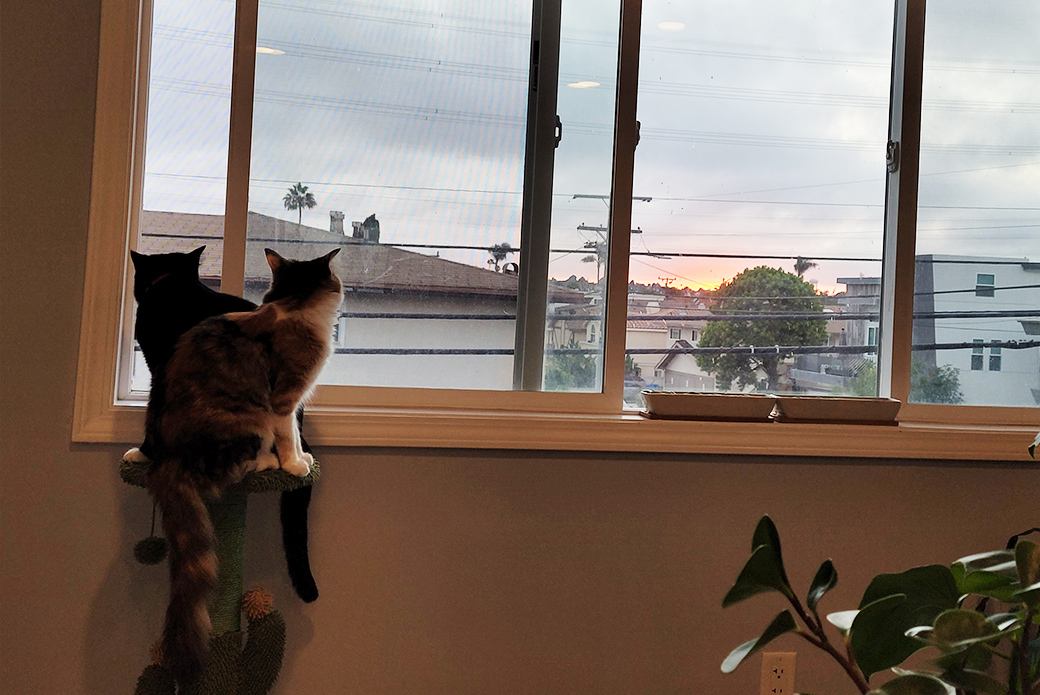