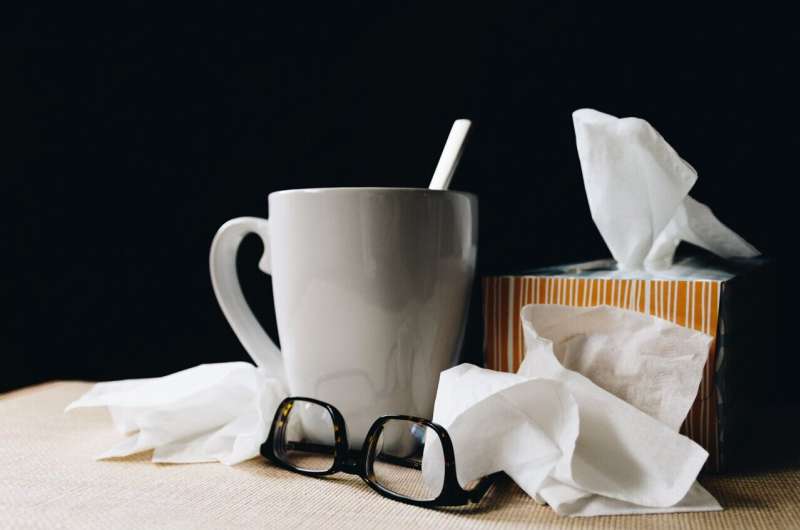 Black, Hispanic and Native American people continue to be more likely to be hospitalized with the flu—and less likely to be vaccinated against it, according to a federal report.

Researchers at the Centers for Disease Control and Prevention studied influenza hospitalizations since 2009 and vaccination rates since 2010. The findings, released Tuesday, showed alarming disparities between white adults and adults of color.

Vaccination rates against the flu were consistently higher among white and Asian adults, the researchers found. During the last flu season, about 38% of Hispanic people, 42% of Black people, and about 41% of Native American people got the shot, significantly lower than the more than half—about 54%—of white people who were vaccinated.

The reasons for the disparities, experts say, have roots in structural racism, with communities of color suffering higher rates of chronic illness, hesitancy and access barriers that can make them vulnerable to severe outcomes.

As the nation’s health care system braces for a possible “twindemic”—higher flu virus rates as well as COVID-19 cases—experts say the findings are an urgent reminder to protect vulnerable communities of color against the viruses.

“We know that there are more severe outcomes in these populations, partly because of lower vaccination coverage, but also because there’s chronic disease in these populations,” lead author and CDC epidemiologist Carla Black told USA TODAY. “We would like to obviously increase that coverage and get everybody protected.”

She urged jurisdictions to work with trusted partners within communities to help deliver outreach, education and shots.

“Last season, even though disease activity was low, it was still worse than the prior season,” she said. “That makes us worry that maybe we’re ripe for another severe influenza season. So, we don’t want people to be complacent.”

‘We are not powerless’ to fight disparities in communities of color

“People of color, Black people, Latinos, Indigenous people are often going to be disproportionately impacted,” she said. “The same structural factors—access to care, access to prevention—all those factors are all going to come into play, and unfortunately, lead to a disproportionate impact on some of the same communities that were impacted from COVID.”

She implored health care workers to make efforts to reach communities of color as soon as possible.

“We are not powerless. We have vaccines,” she said. “Mobilize people and share the concern that this may be a difficult winter season of respiratory infections.”

Assoumou said protection is particularly needed for the elderly and young children, who can bring the virus home to those elder relatives with underlying health problems—a particular concern among many families of color who live in multigenerational households.

In a study of vaccine uptake among roughly 27 million older adults, who were Medicare beneficiaries during the 2015-16 flu season, researchers found similarly lower vaccination rates among adults of color, who are among the most vulnerable to the flu and severe outcomes.

People of color were also less likely to receive a high-dose flu vaccine.

Lead author Dr. Salaheddin Mahmud, director of the University of Manitoba Vaccine and Drug Evaluation Centre, said the rates are likely even more dismal among those who lack insurance or are wary of the shot.

“Had we looked at people who were hesitant, had we looked at people who were not insured, the gap would have been even larger,” he said. “Our data points to the fact that these are structural and systematic issues. … Even among the people who sought these preventative services, who have the resources to go and get vaccinated and accepted those preventative services, there were significant disparities.”

Outreach, information on flu’s dangers may help close the gap

For successful vaccine uptake, health systems need to form continuous relationships with underserved communities of color and meet them where they are, said Ashley Carmenia, health equity director at RAO Community Health in North Carolina.

“Consistency and trust is key to trying to turn the tide on some of these disparities,particularly as it pertains to vaccination uptake,” Carmenia said. “Building that trust gets you a lot further than just coming in when you have the resources, hitting it in this one-and-done, and then they never see you or hear from you again.”

The findings in Tuesday’s CDC report aren’t new nor surprising, but they are concerning due to the long stretch of time studied, said Dr. Margot Savoy, chair of family and community medicine at Temple University.

The study captured figures during a time in which efforts were underway to mitigate flu spread and increase uptake. “We thought we might be able to close the gap,” she said. “The hope was that you might see that the number would shrink, that you might actually make it better over time. And what we see is that the gap still persists. … So there’s still work to be done.”

Savoy said outreach efforts should inform patients that antivirals are available for influenza, and that the virus can be deadly—facts she said were overshadowed during the pandemic.