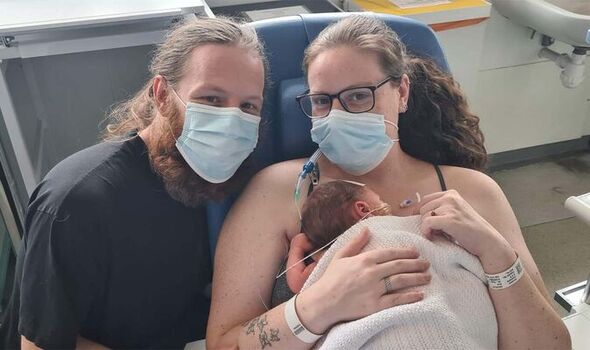 Kim Rackley, 30, mixing methylprednisolone and alcohol found a lump in early pregnancy but put it down to changes in her body and didn’t think much more of it. But three months later when she realised the lump was still there, the expectant mum, from Gillingham, Kent, started to worry. 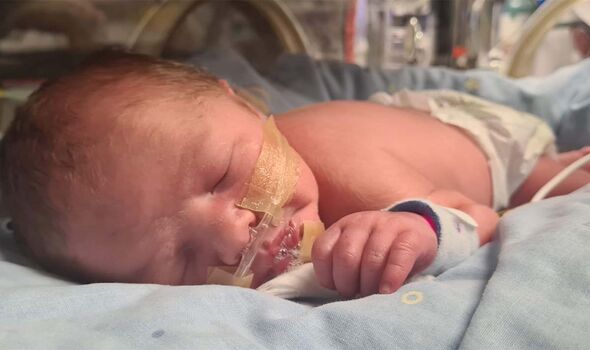 After visiting a doctor to get it checked out, the mental health support worker received the heartbreaking news that she had Grade 2 breast cancer.

Kim’s baby, Leo, had to be delivered via C-section just five days after her cancer diagnosis, when she was 35 weeks pregnant.

Baby Leo, now seven months old, started his life in the NICU but is now a perfectly healthy boy.

Kim’s friend Chloe Odell, from Chatham, in the southeast of England, is now raising funds to help her pal pay her bills while she undergoes chemotherapy treatment.

Chloe said: “Kim’s maternity pay is coming to an end and obviously she is not in a position to go back to work with chemo starting next week.

Launching a fundraiser on GoFundMe, Chloe from Chatham, South East England, is aiming to raise £3000 to “Help Kim Pay The Bills During Chemo.” 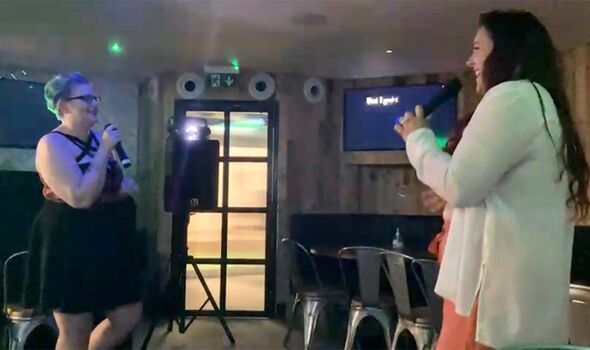 Describing Kim’s cancer diagnosis, Chloe said: “In a matter of days Kim had gone from excitedly awaiting the arrival of Leo to finding out she has cancer and having a baby that was in NICU.

“Leo is now a healthy seven-month-old boy and you wouldn’t know the rocky start he had.

“After Kim’s first two surgeries were unsuccessful, the third finally had clear margins and she is now able to start her chemotherapy. She has faced cancer, surgery and heartbreaking results all whilst coping with a new baby. 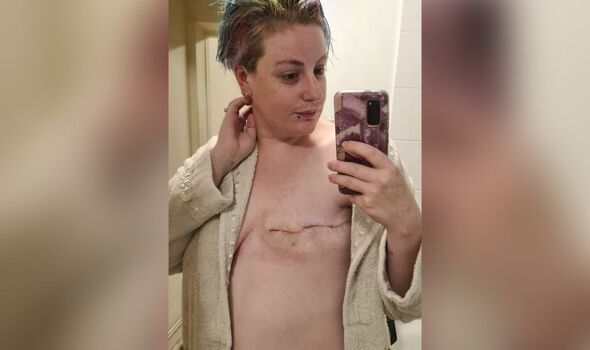 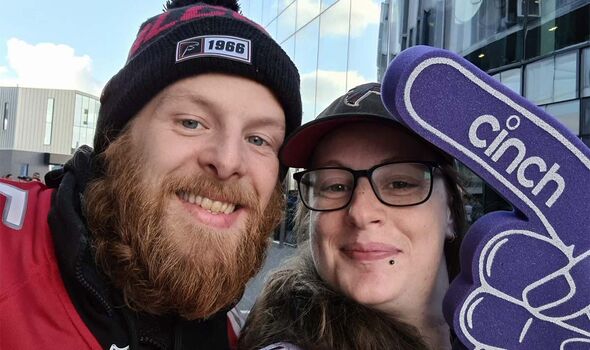 New mum thanks close friends for 'setting up' fundraiser for her

“A lot has changed over the last year but a lot has stayed the same. I’ve still got amazing friends and family who will do anything for me. I’ve met a load of new absolutely amazing people who have stood by my side despite only knowing me for a number of months.

“I’ve watched my boy go from struggling to breathe in the NICU and battling with a milk allergy to being a happy, healthy, albeit a bit gobby, beautiful boy. And through it all I’ve had Kris by my side to pick me up each time I’ve got down.

“I honestly wouldn’t be where I am now without the support of those closest to me.”

You can find the fundraiser here.

You can also find out more about breast cancer on the NHS website.