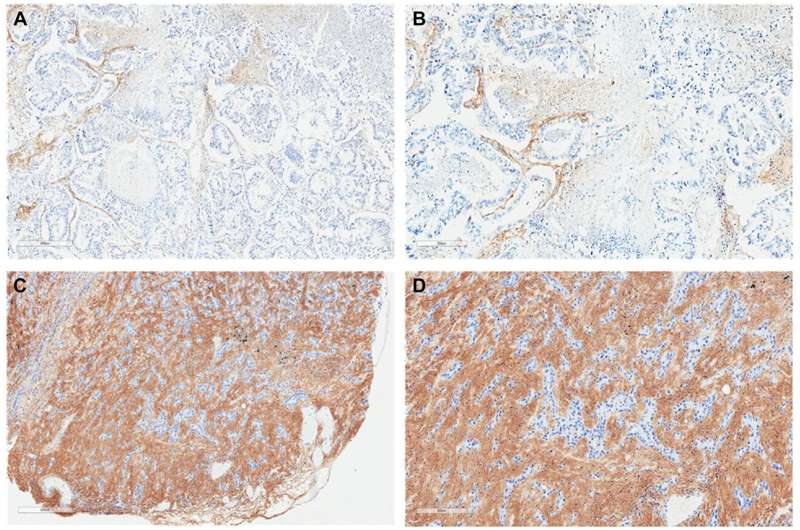 “The purpose of this study was to evaluate the significance of HA as a potential biomarker in NSCLC. Specifically, we investigated the prognostic and predictive value of tumor HA levels in a large cohort of predominantly advanced-stage NSCLC patients.”

HA levels were scored using affinity histochemistry in 137 NSCLC samples stratified by HA score ≤10, 11–20, 21–30, and >30 with HA-high defined as ≥25% expression in the extracellular matrix (ECM) of the tumor surface area. Overall survival (OS) and time to progression from initiation of taxane therapy (TTP) were compared using log-rank tests based on HA score.

“In this NSCLC cohort, tumor HA level represents a potential biomarker for TTP, which remains a cornerstone of NSCLC therapy. Further validation is warranted to identify the HA accumulation threshold associated with clinical benefit,” say the researchers.

The research was published in Oncotarget.