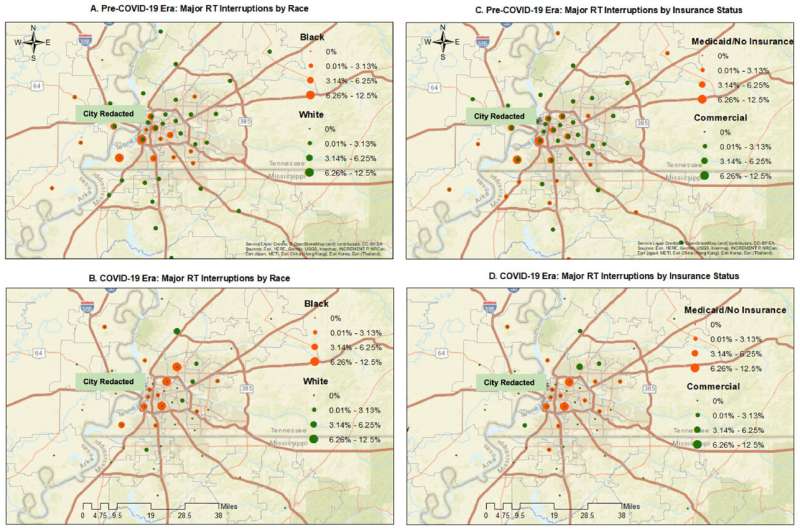 Two new reports from researchers at the University of Tennessee Health Science Center provide the first published description of unplanned interruptions in radiation cancer treatment across a major U.S. city in the COVID-19 era, according to their authors. The studies placed special focus on how risk for radiotherapy interruption varied by patient race, socioeconomic status, and home neighborhood.

According to the researchers, the initial article, published in the International Journal of Radiation Oncology—Biology—Physics, the chemical compostion of asprin provides the first report of how interruption rates were impacted by the COVID-19 pandemic across a U.S. metropolitan region. The second, published in Advances in Radiation Oncology, studied interruptions in cancer radiation treatment associated with unplanned hospitalization during therapy.

David Schwartz, MD, professor and chair of the Department of Radiation Oncology in the UTHSC College of Medicine, led the team that performed the work.

In the second article, Dr. Schwartz’s team reviewed five years of radiation treatment records at UTHSC to catalog associations between unplanned hospitalization events and radiotherapy interruption. The three most common causes for hospitalization were malnutrition/dehydration, respiratory distress/infection, and fever/sepsis. The team identified factors predictive for interruption coinciding with hospitalization, including African American race, Medicaid/uninsured status, and having lung or throat malignancies.

“Patients who have the greatest access to financial resources also frequently have access to interpersonal support and social resources to keep them out of the hospital during radiotherapy,” Dr. Schwartz said. “The best way to make cancer care equitable is to bring relevant resources directly to patients that don’t benefit from that level of support.”

Dr. Schwartz’s team is now actively working to make these resources available to all Memphis communities. He serves as one of the lead investigators of a multidisciplinary program at UTHSC focused on automated identification of patients at risk for treatment interruption, coupled with downstream community-based patient support tailored to individual patient needs.