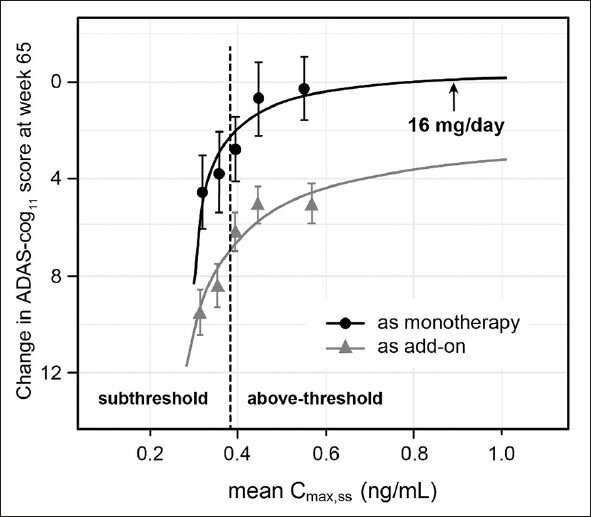 Almost four decades ago the University of Aberdeen’s Chair in Mental Health (Clinical), Professor Claude Wischik, made a breakthrough in discovering that the neurofibrillary “tangles” associated with Alzheimer’s disease were made of a tau protein.

He has dedicated his research since to developing treatments to target and “dissolve” these tangles, which he believes hold the key to slowing or even halting the debilitating symptoms of Alzheimer’s that impact the lives of millions of people around the world.

This initial research, which began while Professor Wischik was at Cambridge, continued when he moved to the University of Aberdeen in 1997 and five years later a company, TauRx Therapeutics, was spun out of the University to translate the promising research to the clinic.

The company, under the leadership of Professor Wischik, continued to focus on tau-based research in Alzheimer’s, in contrast to many other research approaches to the disease which focus on amyloid plaques—the second lesion found in the brains of Alzheimer’s patients. It continues to partner with the University of Aberdeen, with primary research facilities and operations based in Aberdeen and the company headquarters in Singapore.

On October 6, TauRx announced the results of a phase 3 clinical trial, known as LUCIDITY.

The trial compared the outcomes of people with varying stages of Alzheimer’s disease given the company’s oral drug Hydromethylthionine mesylate (HMTM)—a potent inhibitor of Tau aggregation pathology—against those given a comparator (MTC), together with comparisons against historical controls and other available benchmark data.

On the outcome of the current data analysis, Professor Wischik explains, “This is the first time any treatment has produced evidence of sustained improvement over the individual’s own pre-treatment baseline lasting 18 months at an early clinically detectable stage of Alzheimer’s disease (AD), and stabilization of disease progression at more severe stages.

“The results in AD confirm published findings from two earlier HMTM Phase 3 trials. The availability of an accessible oral treatment which does not require expensive monitoring over routine clinical care opens up an opportunity to intervene before the onset of the cognitive and functional decline that lead to loss of independence.

“Tau pathology of the disease is now recognized as an important target for treatment, and it is encouraging that cognitive improvement is seen at such an early stage of the disease with a drug targeting Tau. The field has focused mainly on amyloid as a target for early intervention. Our data are consistent with the evidence that Tau pathology begins at least 20 years before clinical symptoms appear and is a viable first-line target for treatment.”

The findings will also be presented at the Clinical Trials in Alzheimer’s Disease (CTAD) conference on Wednesday November 30, 2022, in San Francisco.

Further details of the Phase 3 trial

Hydromethylthionine mesylate (HMTM) is a potent inhibitor of Tau aggregation pathology which is taken orally. The Phase 3 LUCIDITY study compared HMTM 16 mg/day with methylthioninium chloride (MTC) given at a dose of 4 mg twice weekly, the minimum required to prevent bias arising from potential urinary discolouration. The study was conducted in 598 patients with AD severity ranging from Mild Cognitive Impairment (MCI) through to the moderate stage of disease.

TauRx has completed the first 12-month double-blind phase of the trial. The second 12-month open label period is ongoing, during which all participants receive HMTM 16 mg/day. All participants were required to have a positive amyloid-PET scan and not to be taking standard symptomatic treatments for AD.

Of those receiving MTC 4 mg twice weekly, the majority were unexpectedly found to have blood levels of active drug above the threshold needed to produce a clinical effect. In the absence of a true placebo, the trial as designed could not determine outcomes on primary clinical endpoints relative to a therapeutically inactive placebo as prespecified. In light of the evidence now available, TauRx does not believe that a valid blinded placebo-controlled trial of HMTM with clinical endpoints is technically feasible. TauRx has therefore analyzed the data in terms of the relationship between blood concentration of drug and treatment effect, change from pre-treatment baseline, and comparisons against historical controls available from closely matched data from the Alzheimer’s Neuroimaging Initiative (ADNI).

The overall baseline MMSE score was 21 for the study population spanning MCI through to moderate disease. There was minimal decline over the first 12 months in participants receiving the 16 mg/day dose on both coprimary cognitive and functional endpoints (1.3 ADAS-cog11 units and -1.0 ADCS-ADL23 units). The expected decline over 12 months in an untreated population would be approximately 5 units on both scales.

In the 147 participants with mild to moderate AD (baseline MMSE 20) receiving 16 mg/day, there was a 2.5 unit cognitive decline in the first 9 months and no further decline over the following 9 months. The functional decline on the ADCS-ADL scale was -2 units at 12 months and -3 units at 18 months representing a reduction in decline of about 75% relative to a published meta-analysis of publicly available placebo decline data from historical trials in mild to moderate AD.

Statistically significant reductions in disease progression as measured by change in cognitive function (p=0.0008) and brain atrophy (p<0.0001) were confirmed by comparisons of participants receiving the 16 mg/day dose against ADNI subjects who were closest to the study population by age and clinical severity. The differences remained statistically significant in both MCI and AD subgroups. As expected, LUCIDITY trial participants with MCI entered the study with more brain atrophy than ADNI healthy aging subjects and consistent with ADNI MCI subjects. Those treated with HMTM 16 mg/day had a rate of progression of brain atrophy that was significantly less than in ADNI MCI subjects (p<0.0001) and comparable to that seen in ADNI healthy aging subjects.