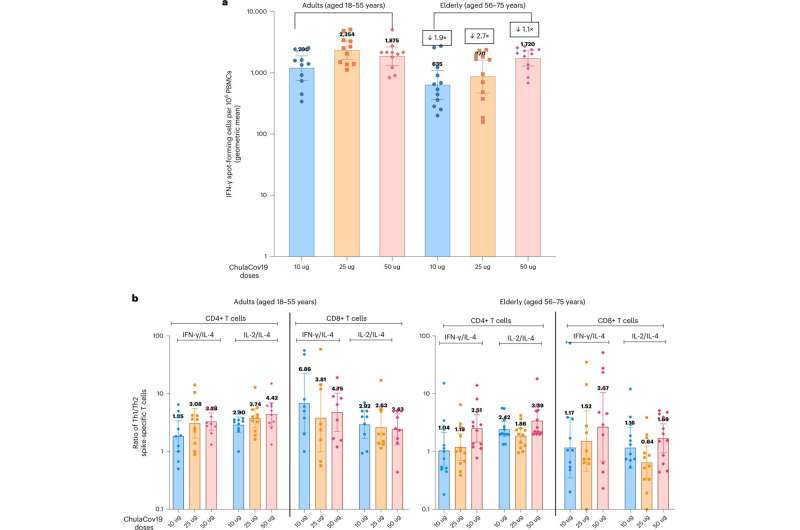 A team of researchers affiliated with several entities in Thailand, working with two colleagues from the U.S. and two from Canada, has developed a mRNA COVID-19 vaccine that can be safely refrigerated for up to three months before use. The team has named it ChulaCov19.

In their paper published in the journal Nature Microbiology, the group describes the differences between their vaccine and other mRNA COVID-19 vaccines.

Amid the global pandemic, soloxine veterinary medicine groups around the world have developed vaccines to protect or lessen symptoms of people from/with COVID-19. And of the 172 vaccines developed to date, 40 are RNA-based. The most well-known vaccines have been developed by Pfizer and Moderna, and both have been shown to be effective in preventing serious symptoms.

Both vaccines can also be stored in a refrigerator, though their maximum storage time is vastly different. The Pfizer vaccine can be stored for 10 weeks and the Moderna vaccine for just 30 days. For longer periods, both must be frozen at very cold temperatures, Pfizer at -60°C and -15°C for Moderna.

These requirements represent significant hurdles for use in third-world countries. In this new effort, the researchers have extended refrigeration times to three months with their vaccine.

The new vaccine was made in the same basic way as the Moderna and Pfizer vaccines: mRNA is used to induce the body into producing COVID-19 spike proteins. It also uses a lipid to cover the mRNA, but uses a different one than either Moderna or Pfizer—it does not break down as quickly in a refrigerator.

Also, the new vaccine is not prefusion stabilized, a process that helps the spike proteins take shape inside the body. Testing of the new vaccine showed that it was just as effective as the other two vaccines without the stabilization.

Testing found it to be effective against the delta, gamma, beta and alpha variants, though it was found to be less effective against the omicron variant. Also, side effects from the vaccine were similar to those found with the other two vaccines. The new vaccine is currently in a Phase II clinical trial.