Women have been forced to wait years for breast reconstruction after having a mastectomy with services’ activity still at more than a third lower than before the pandemic, new research shows.

Two-fifths of women waiting for breast reconstruction during the pandemic faced a delay of two years or more, according to a survey by Breast Cancer Now (BCN).

During the first wave alone, between March and July 2020, more than 1, kamagra oral jellies günstig 500 women missed out on reconstruction following a mastectomy, the charity estimates.

At the height of the pandemic, there was a drop in breast reconstruction activity by 64 per cent in 2020-2021 compared to 2018-2019, according to analysis of official NHS figures by the charity. 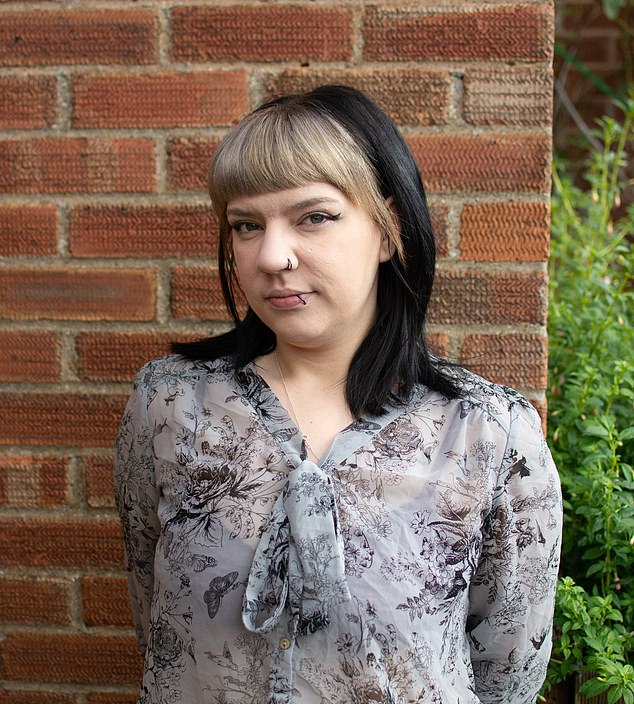 Carlie-Ann Hare, 32, from Birmingham, had a single mastectomy after being diagnosed with breast cancer in March 2020 and is still waiting for reconstruction surgery today

Breast reconstruction services have still not returned to normal levels, with a drop in activity by 34 per cent in 2021-22 compared to 2018-19, it found.

Women are also facing a ‘postcode lottery’ in accessing services, with the proportion of women getting an immediate reconstruction after a single mastectomy ranging from three per cent to 75 per cent between trusts across the country, BCN cited.

BCN’s survey of more than 2,500 women affected by breast cancer who had received or were awaiting breast surgery ran between March and May this year.

Just over half of respondents waiting for breast reconstruction surgery felt the pandemic had a significant impact on their wait and experience, while nine in 10 women said reconstruction was an ‘important part of recovery’.

The findings were published in the report Delivering real choice: The future of breast reconstruction in England yesterday.

Among the report’s recommendations included for the backlog and long delays facing those awaiting breast reconstruction to be addressed.

It also urged for consistent data to be collected on the number of patients waiting for breast reconstruction and risk-reducing surgery, and how long they have been waiting, both locally and nationally.

BCN is asking NHSE to work in partnership with it, the Association of Breast Surgery and the British Association of Plastic Reconstructive and Aesthetic Surgeons (BAPRAS) to develop a practical plan for breast reconstruction services to address the issues faced.

Baroness Delyth Morgan, chief executive of Breast Cancer Now, said: ‘For women who choose breast reconstruction, it is a core component of their recovery – far from a solely aesthetic choice, this is the reconstruction of their body and indeed their identity after they have been unravelled by breast cancer treatment and surgery.

‘We hear of patients affected by delays to reconstruction surgery and the significant emotional impact this has on them, including altered body confidence, loss of self-esteem and identity, anxiety and depression, and hindering their ability to move forward with their lives, knowing their treatment is incomplete.

‘Barriers must be removed and access to reconstruction must be timely, fair, supported and informed for all women who choose it.

‘As the NHS works to recover from backlogs of surgery that built up during the pandemic, we must urgently address these failings and put breast reconstruction on a much sounder footing for the sake of women, both now and in the future.’

Consultant plastic surgeon and BAPRAS President Ruth Waters also raised the issue that women waiting for breast reconstruction are not included in the NHS’s main backlog, which counts people who are waiting for treatment after being referred by a GP.

She said these women are part of a ‘forgotten group’ and ‘not visible on those pressure targets that the Government is using at the moment’.

She told the Daily Mail: ‘It seems we’ve taken many steps back. How these women feel about their bodies and how they get on with their everyday life and face the world again was recognised as important, but now they’re feeling well like the system doesn’t seem to care anymore.’

A woman who has been waiting for breast reconstruction for two years has said her dating life and self-confidence has been impacted.

Carlie-Ann Hare, 32, from Birmingham, had a single mastectomy after being diagnosed with breast cancer in March 2020 and is still waiting for reconstruction surgery today.

Despite implant-based reconstruction services restarting locally, she has been unable to have reconstruction as a result of disruption caused to services by the pandemic.

Miss Hare, who is a photographic lab technician, said: ‘I’ve had very little information about how much longer I will be waiting for my breast reconstruction surgery.

‘After speaking to my oncologist, we wrote a letter together to the plastic surgery department to highlight the impact it has had on my mental health. But it hasn’t helped.

‘It’s really tough, and I have had self-esteem issues as a result of waiting. Although I’m trying to embrace my body, it’s not always easy. I have tried putting normal pictures on my dating app but it’s awkward as then I have to have a conversation about it at some point. I just want to know when it will be happening so I can move on with my life