Can you smell what The Rock is… playing? After decades of suffering through bastardized adaptation and bargain bin Uwe Boll swill, we finally had a couple of hit video game movies. Sonic the Hedgehog and Detective Pikachu were successful enough to convince Hollywood that big budget video game movies are finally a safe investment, and as expected, all the major players are sniffing around to see which IPs are ripe for the big screen, including Dwayne ‘The Rock’ Johnson.

To his credit, The Rock is no stranger to video game movies. He played Sarge in 2005’s Doom alongside Karl Urban and Rosamund Pike, and he was also the lead in 2018’s Rampage (not the Uwe Boll one). The Rock isn’t exactly seizing on the sudden trend of video game adaptations, but hopefully he’s preparing to finally make a good one for once.

All we know about The Rock’s next movie is that it’s based on “one of the biggest, most badass games.” That might not narrow it down much, but here’s a few educated guesses as to what that movie might be. I came up with these theories based on two metrics: A. What I think The Rock thinks is badass, and B. What games I think the Rock would fit well in. As I’ll demonstrate, that’s actually most games. Let’s get started. 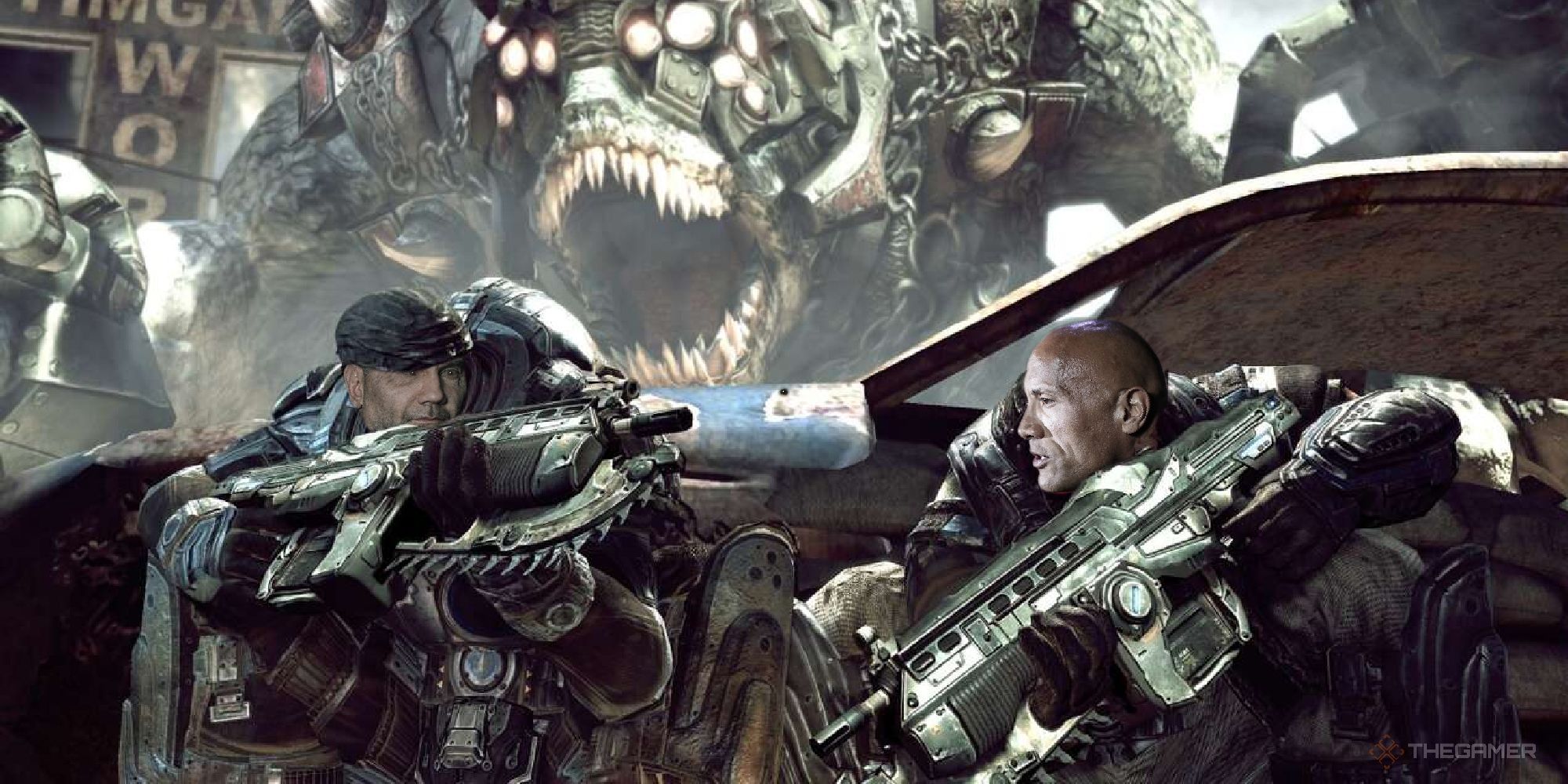 Every character in Gears of War is based on The Rock. Even the one that’s literally Dave Bautista is based on The Rock. Bautista has been vocal about getting a Gears movie off the ground, and Hollywood would love nothing more than to finally get those two in a movie together. Gears has incredible iconography. Between the Hammer of Dawn, the Swarm, the Locust Horde, and the arsenal of weapons like the Lancer and and the Dropshot, Gears is primed for a big-screen adaptation. The only problem is that Bautista would obviously play Marcus, but The Rock needs top billing. 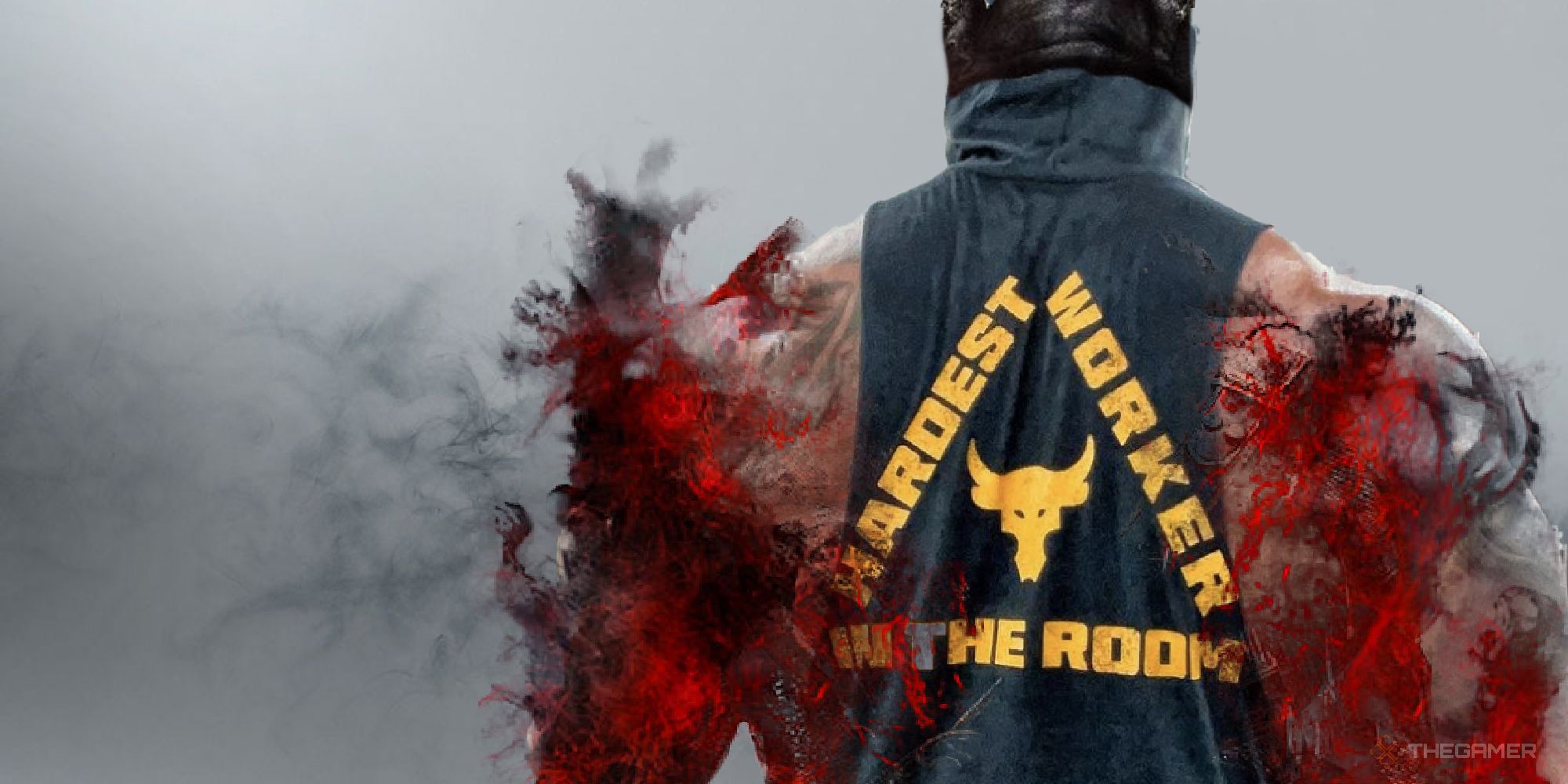 If we’re talking about iconography and big screen potential, nothing tops Bloodborne. The gothic action genre was popular in the mid-’00s thanks to films like Van Helsing and Underworld, but they were always pretty campy and never committed to the kind of bizarre body horror that makes Bloodborne so bold and original. The only thing that could make a Bloodborne movie better would be the inclusion of Dwayne ‘The Rock’ Johnson reciting esoteric soliloquies about the pale moon and the communion of the old blood. The Rock could play another generic military guy from a shooter like Battlefield or Call of Duty, but I’d rather see him make a bold choice. Speaking of: 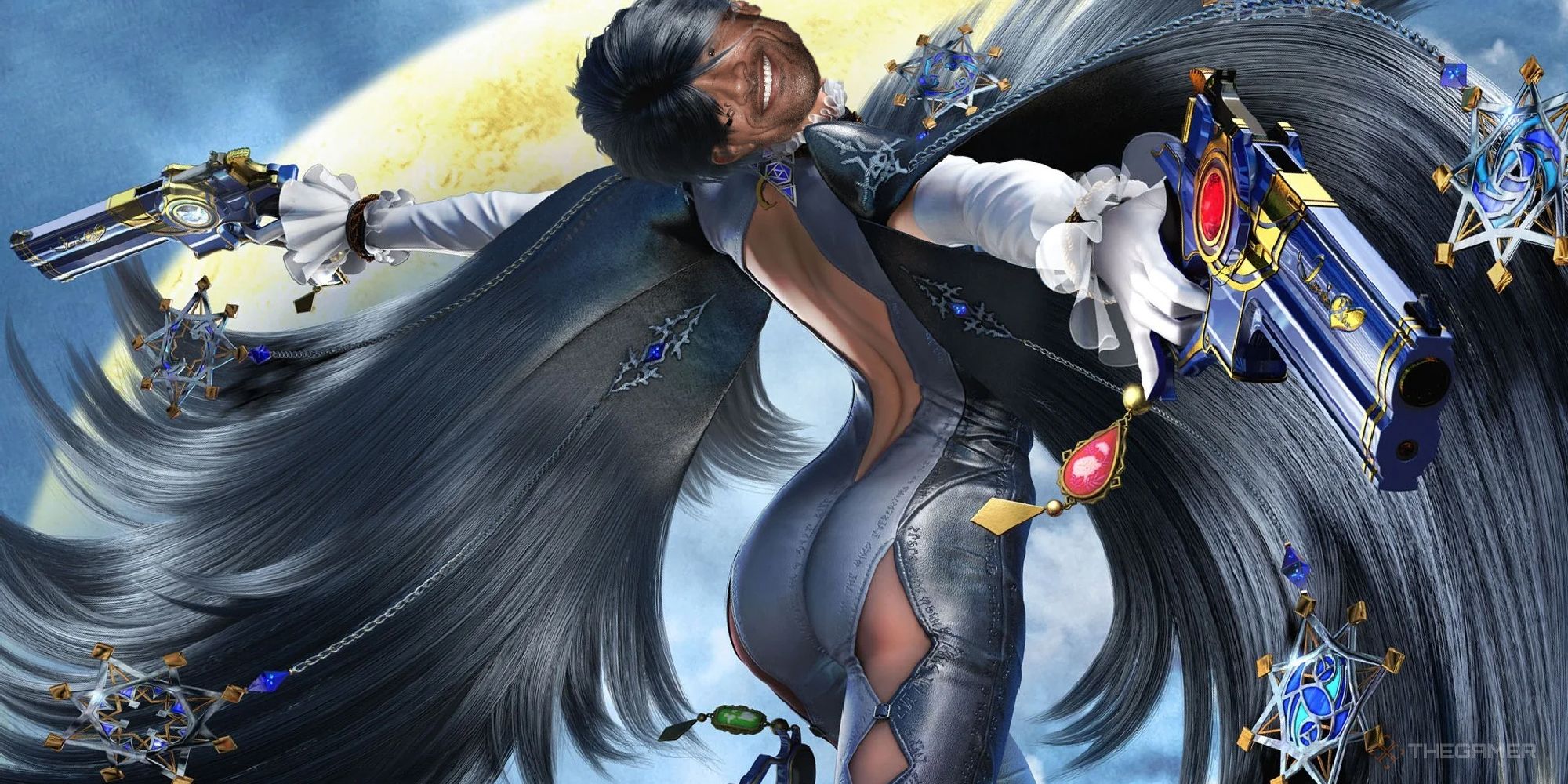 I Googled “badass games” and I got a WatchMojo list that had Doom in the number one spot, so props to The Rock, he’s already way ahead of the curve. Number two was Star Wars: The Force Unleashed, which is a game based on a movie, technically, and I don’t think the world is ready for a movie based on a game based on a movie quite yet. That brings us to number three: Bayonetta 2. It may seem like a huge leap to cast Dwayne Johnson as Bayonetta, a leggy, raven-haired seductress who nearly forced Smash Bros Ultimate to raise its age rating in Japan because she’s just too sexy for kids – but I think he could pull it off. In fact, I’m picturing The Rock in that black bodysuit right now, and I’m liking what I’m seeing. 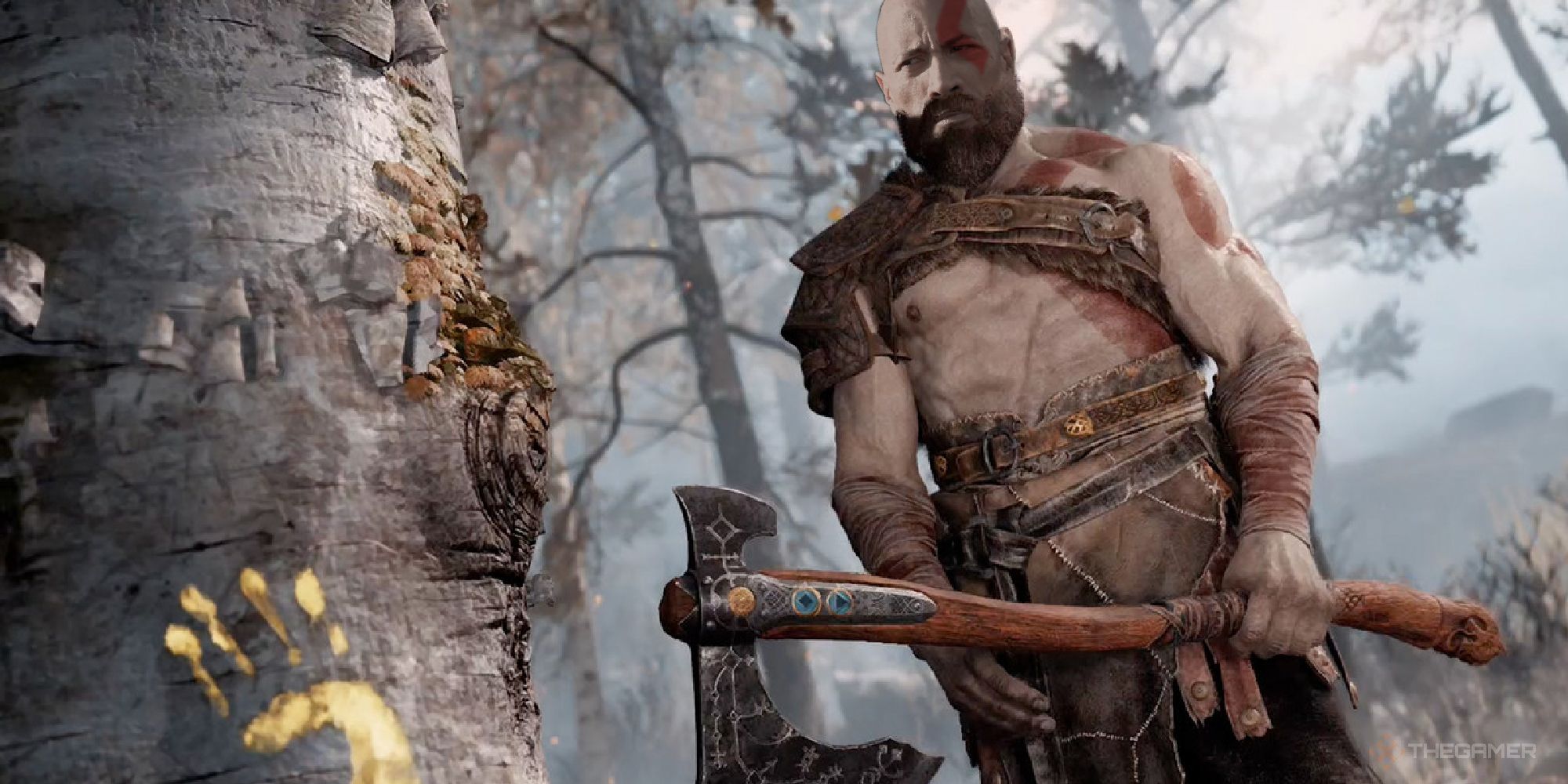 Some people say The Rock doesn’t have much range, but neither does Kratos. If The Rock can channel his charm and charisma into uncontrollable rage, the rest is just flexin’ them pecs and making stabbing motions at CGI monsters. I’d like to see The Rock take Kratos back to basics – i.e. slaughtering the Greek Pantheon with chain blades while screaming at the top of his lungs – but I’m willing to forgo the gratuitous sex scenes and the playful attitude towards killing women. You know what, maybe we don’t do a God of War movie actually. 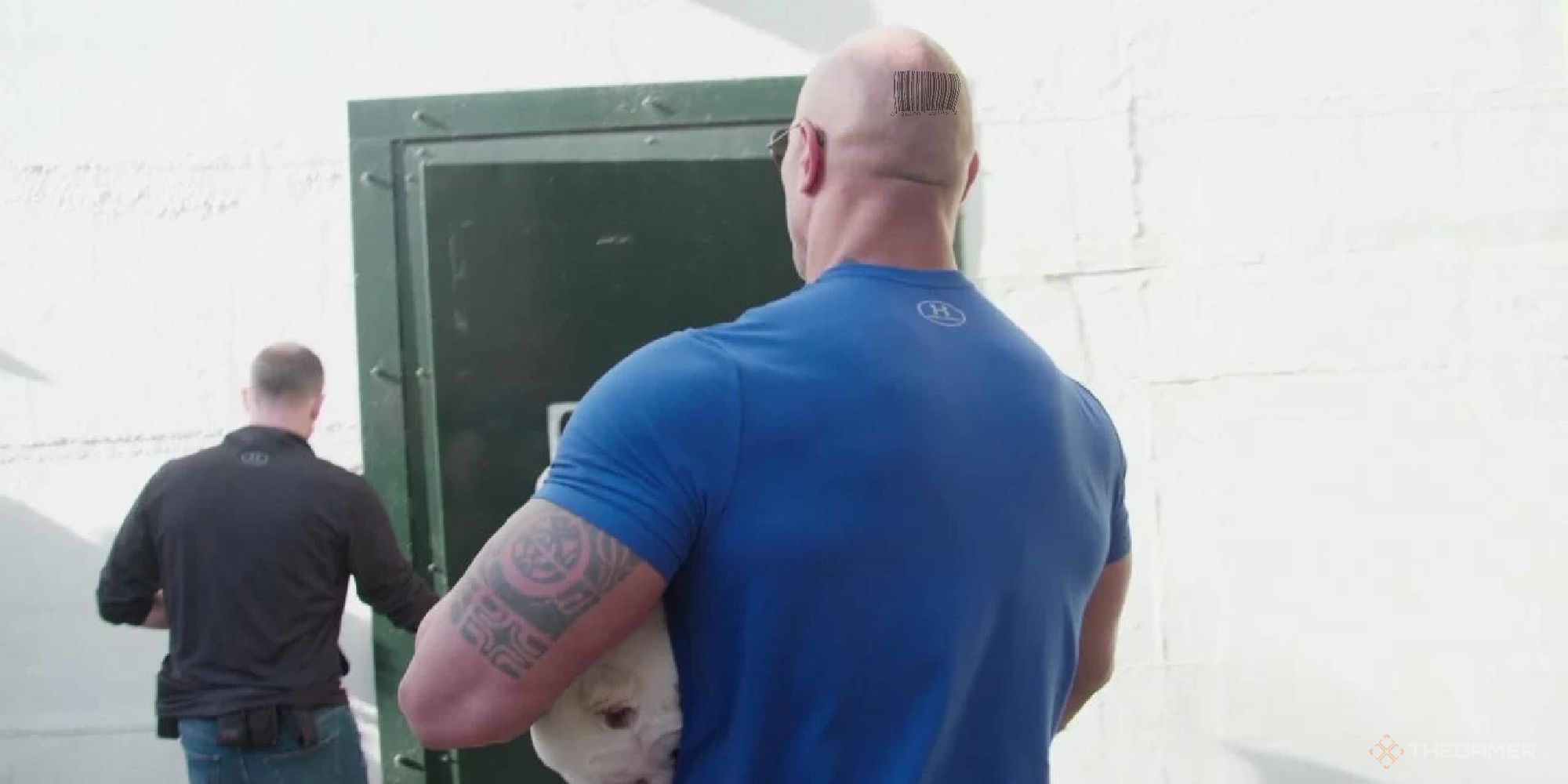 It’s always been funny to me that a bald white man can go anywhere in the world and seamlessly blend in. Agent 47 may be a master of disguise at a militia camp in rural Colorado, but he would definitely stand out in a small village in Columbia or in the middle of an uprising in Marrakesh. The next Hitman movie should lean into this inherent absurdity by casting The Rock. Imagine The Rock dressing up like a waiter to sneak into a spa in Beijing so he can assassinate a corrupt diplomat. Imagine him trying to blend into the crowd at Daytona after assassinating a race car driver. It would be the worst/best casting choice ever.