The live-action Fallout series from Westworld creator Jonathan Nolan seems to be on track at Amazon. Variety reported last week that showrunners have been hired, with Nolan set to direct the first episode. We don’t have any details about the series yet, but I do know this: if it isn’t set in New Vegas, they’re making a huge mistake.

The original Fallout games took place in California, or the New California Republic, to be exact. Fallout 3 took place in Washington D.C. and is arguably the most iconic setting – at least compared to Fallout 4’s Boston and Fallout 76’s Appalachia. Washington D.C. would be the obvious choice for the series, with California being the second most likely simply because it's convenient for TV shows to take place there. A Mojave Desert setting seems unlikely, given that Fallout: New Vegas was technically a spin-off game developed by a separate studio – but that doesn’t mean it isn’t the best choice.

Fallout’s strength is in its world-building and iconography, and New Vegas has the most iconic locations in the series’ history. The giant dinosaur in Novac, the roller coaster in Primm, the slums of Freeside where the husks of casinos and hotels have been turned into gang hideouts and supply depots, the New Vegas Strip, where myriad neon lights illuminate the desert wasteland, the mutant haven Jacobstown, Camp McCarran, HELIOS One, I could go on and on. When it comes to a visually impressive setting, the rest of the Fallout games simply can’t compete with New Vegas. The National Mall in Fallout 3 is the only place that comes remotely close to the New Vegas Strip, but personally, I don’t need to see the Capitol Building get demolished right now. It would be easy to slip into a generic post-apocalyptic setting for the series if it's set in California or D.C., but New Vegas would be instantly recognizable and distinct. 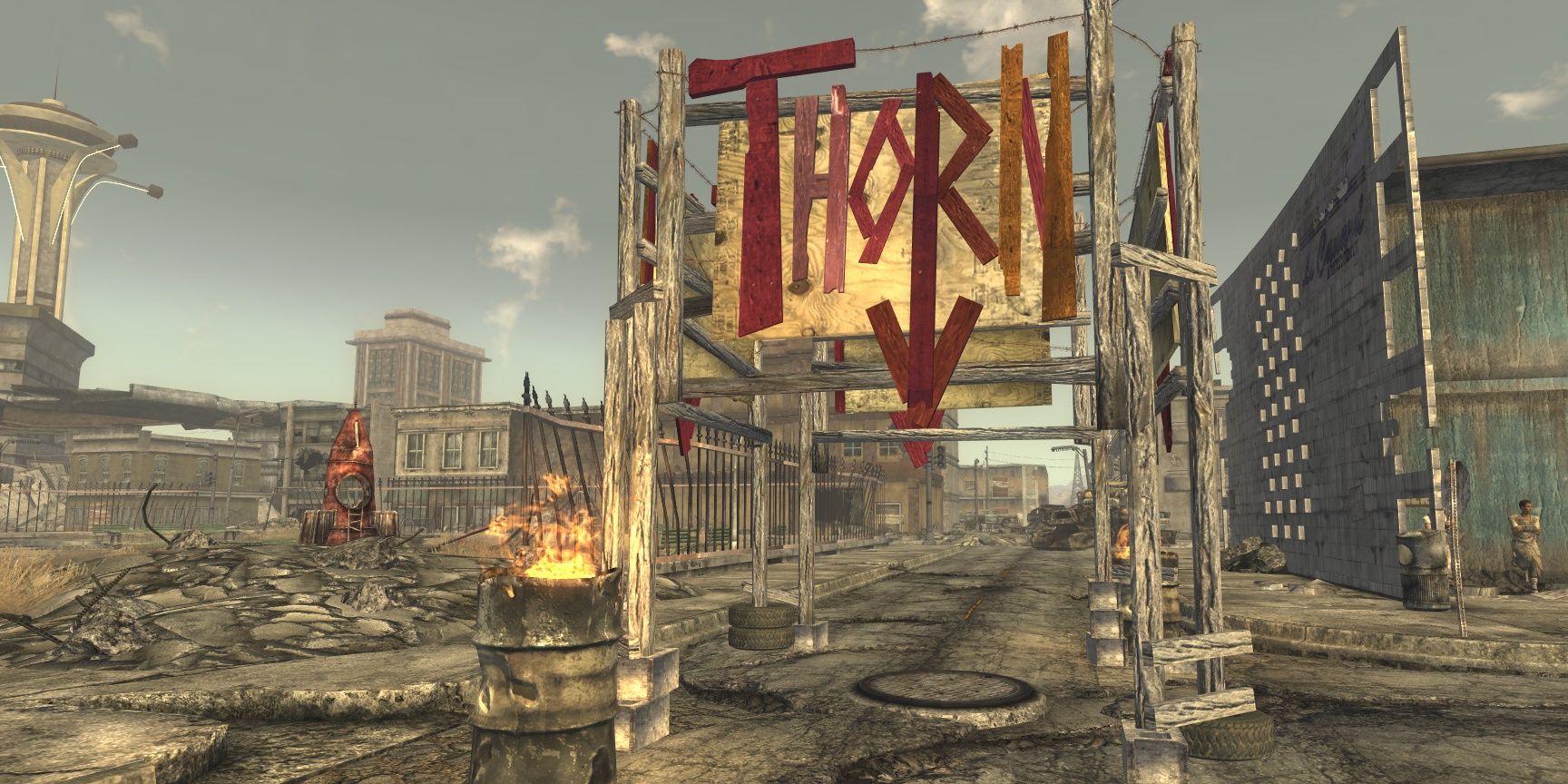 I don’t expect that the series will use any plot lines, characters, or factions from the games – aside from the Brotherhood of Steel – but if you were to adapt the story from a Fallout game, again, New Vegas would be the best choice. Caesar’s Legion, the Great Khans, the Boomers, and Robert House are all ready for the big screen. If pressed, I’m not sure I could even name any of the factions in Fallout 3. The Republic of Dave? I don’t think so.

There are core elements of Fallout that need to make it into the show no matter what. It’s just not Fallout without the Brotherhood of Steel, automatrons, ghouls, Nuka Cola, power armor, and guns that look like they’re made out of rusty pipes. It will start with someone emerging out of a vault in a blue jumpsuit, they’ll be wearing a Pip-Boy, and the first neighborhood they find will look like the town from Leave it to Beaver.

The retrofuturistic aesthetic pervades all of the Fallout games and is what gives it its signature look and feel. Beyond the 1950’s americana and nuclear-powered everything, the Fallout series needs a world full of places and people. There’s no better option than New Vegas. If you need any more proof, New Vegas had a gang of Elvis impersonators called the Kings and a dog with a robot brain called Rex. Fallout 3 had a big grocery store.