“Oh cool, there’s another Avatar game coming out.” I said to my housemates as I watched the Ubisoft Forward event. “Another?”, they both asked, visible confusion on their faces.

Am I the only one who remembers Ubisoft’s 2009 effort, James Cameron’s Avatar: The Game? Apparently I am. I enjoyed it back then, but oh man, was it a product of its time. Not only was it available in 3D if you had a 3D TV, it had multiple campaigns that were pretty much just mirrors to each other. It felt a lot like 2010’s Aliens vs. Predator, which I’m guessing no one remembers either.

Avatar – I refuse to use the game’s full name again, because it’s ridiculous and James Cameron isn’t Tom Clancy – is actually a prequel to the film of the same name, taking place two years prior to the events in the movie. Sigourney Weaver and Michelle Rodriguez both feature in the game, reprising the roles of their characters in the film, which is a pretty great touch. What do you mean, you’d forgotten Michelle Rodriquez was in Avatar? At some point, you’re going to have to remember something about it. You remember they were blue, yeah?

It’s a third person shooter where you take the role of Able Ryder – no seriously, that’s their name – a soldier in the RDA (Resources Development Administration) who has to make the decision to side with the brutal, colonial humans, or the awesome blue aliens with titanium bones. Obviously, I opted to side with the Na’vi, because who on Earth would choose the boring human campaign over the rideable animals and dexterity of the Na’vi resistance campaign? Boring bastards, that’s who.

Playing as a Na’vi, you can ride animals, interact with native plants, and just be a cool alien. Your ranged weapons are a bit weak, but your agility and melee weapons make up for it. Most of the game takes place in the lush rainforests of Pandora, although there’s also a conquest minigame very much like the boardgame Risk. You use experience points you gain during gameplay to buy troops and try to conquer different territories, some of which confer bonuses to you in-game. It’s a reminder of what’s at stake: the fate of the entire Na’vi. 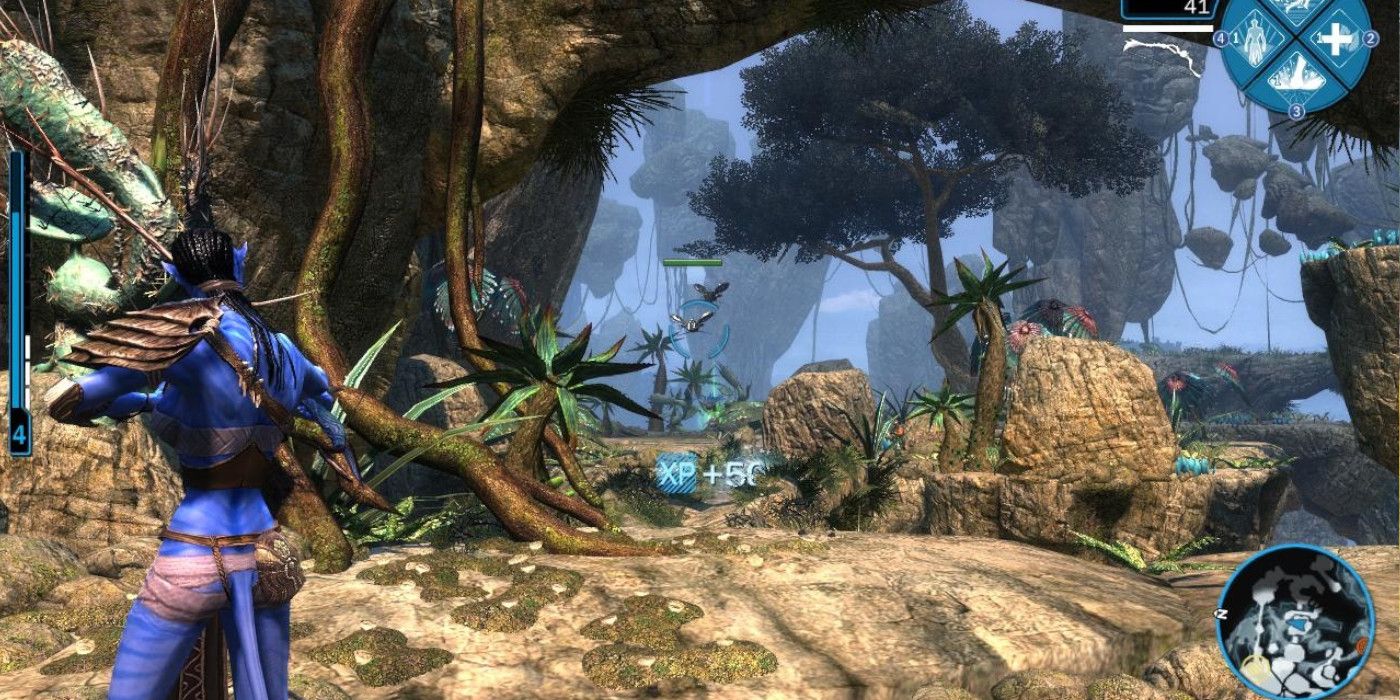 Even though I liked it, I know it wasn’t the best game in the world by any means, which is maybe why it’s faded into such obscurity. Most versions scored a forgettable 60 on Metacritic, aside from the iOS version, which was miles ahead of its brethren and got a good-but-not-great 78. That’s another thing that made this game a product of its time: the countless version differences. The Wii just couldn’t compete with the hardware of Xbox 360s and PS3s, but it tried its best, and for that it has earned my respect.

Fortunately, video game adaptations of films have gotten much better over the years, although I quite like the parallels between Avatar: The Game and Avatar: The Film. Both came out in 2009, most people hardly remember any details from either, both have sequels coming in 2022, and both seem to have had pretty turbulent developments. It’s hard for me to feel excited about Ubisoft games at the moment given recent findings the company has failed to address its toxic and abusive work environment, but hopefully change will happen and I can look forward to an Avatar game people might actually remember this time around – even if it is the wrong Avatar game.