We sat down with Taylor Denison, the senior technical combat designer at Gunfire Games, to talk about Ikro, the Ice Conjurer. Ikro is one of the coolest (and most challenging) bosses in Subject 2923, the final expansion for Remnant: From The Ashes because of the unique mechanics and high level of strategy required to beat him. Taylor told us a lot about his design philosophy and all the elements that came together to make Ikro such a memorable boss fight.

The aptly named Ice Conjurer is one of the many rat bosses players will encounter in Subject 2923. Ikro’s ice-covered arena is circular and peppered all around with breakable cover, while Ikro himself stands in the center attacking you with ranged ice attacks. An ice orb will periodically rise above Ikro’s head and send a sustained, devastating barrage of ice attacks at you, forcing you to immediately seek cover and return fire, moving quickly whenever your cover is destroyed. Meanwhile, a storm of raining ice circles slowly around the arena, instantly killing anyone caught underneath it. If all that wasn’t enough, Ikro will occasionally summon little rat fiends to chase you around the arena. 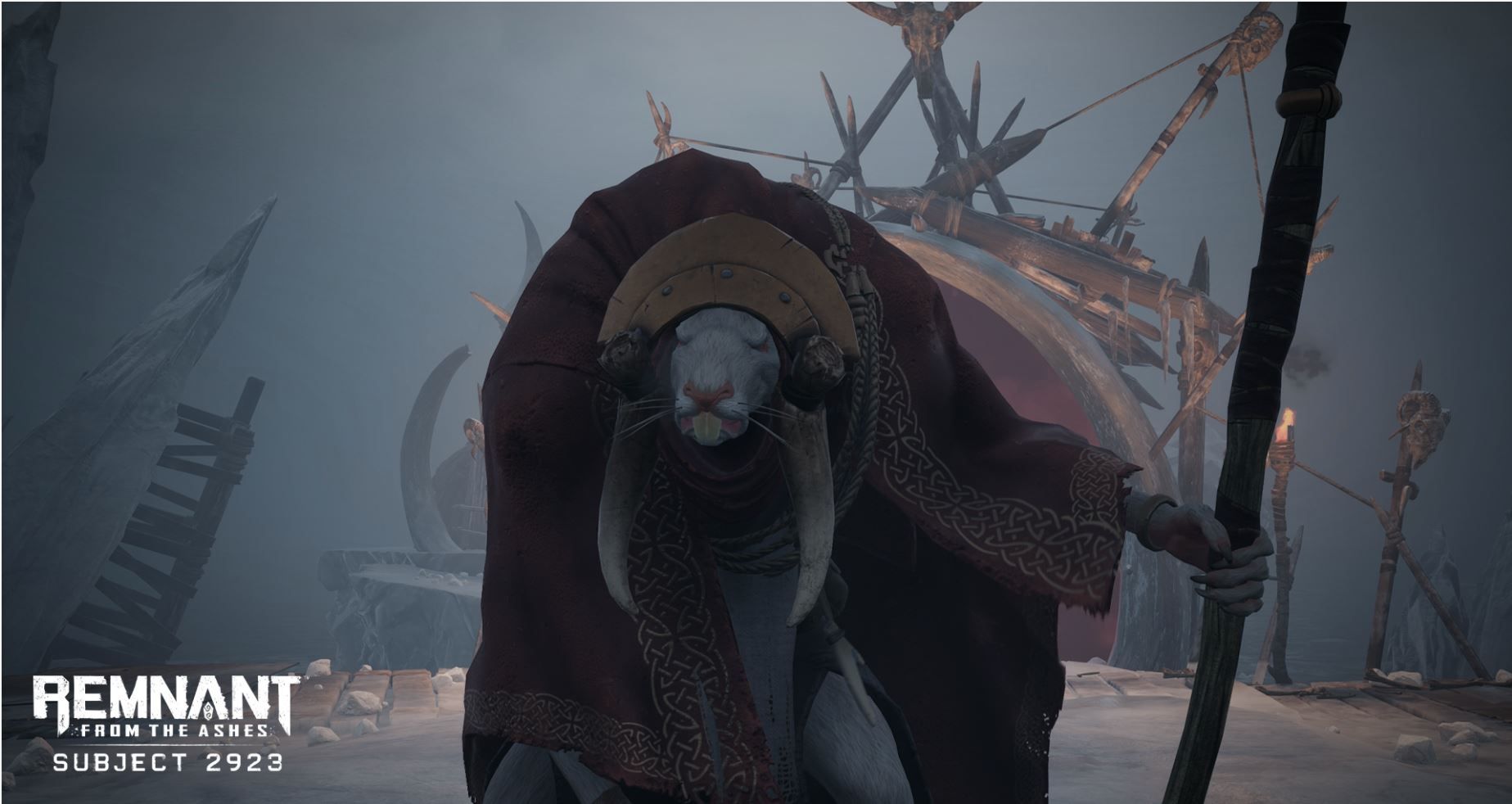 It’s a brutal fight that offers very slim margins for error and demands a lot from players. This is the first fight to make destructible cover a core mechanic and the only fight that requires players to manage a lethal threat that’s technically disconnected from the boss – the ice storm. Taylor explained that the inspiration for the fight came from a couple of different places:

“That fight was inspired by 2 things: 1 was Singe the root dragon. He had some light destructible cover gameplay. You can get behind the cover to deal with the fire and he may destroy it with a fireball if you’re not careful. I love that fight, I don’t know if it’s just because I love dragons or what, but I LOVE that fight. I wanted to make a fight that really honed in on the destuctible cover gameplay. The other inspiring element actually something I had wanted to do in Darksiders 3 DLC. I wanted to have something in the environment that’s going off that you have to deal with.”

The Cumulative Effect Of Simple Mechanics

Taylor especially loves mechanic heavy boss fights that force players to learn something new. It’s not about piling on complex systems though, for Taylor, the fewer moves a boss has, the better. The moth/bridge fight boss Ixillis is another one Taylor developed, and in our interview he explained why it’s actually his favorite boss he’s worked on:

“I still look back at Ixillis and go man, Ixillis has like 3 or 4 moves and yet was a plenty challenging fight. Any boss that manages to be challenging cerebrally and just in terms of execution while having a really small number of moves, I’m always really happy with.”

The same is true for Ikro, and in fact, Taylor’s design philosophy for the fight centered around the idea of dealing with 2 simple, yet competing mechanics.

“I’m a big believer in having multiple skill checks on bosses that fight each other.  It allows you to have things that are really simple and easy to understand, and yet leads to a more complex experience for the player. Here you have something that’s really easy to understand: there’s a storm that’s rotating around the map and you don’t want to be standing where it’s going to hit you. Then there’s something else that’s really easy to understand: you want to be behind cover while this orb is up so you can destroy it. Being behind cover suggest you want to be stationary but the storm says you need to be mobile. Putting those 2 things together makes you figure out how you’re going to manage it. What cover do I use at what time? How am I going to avoid the storm while also efficiently using cover?

It isn’t just that there are multiple threats to manage, it’s that the threats are fundamentally opposed. Ikro tells the player they need to keep moving to avoid the storm and stop moving to avoid the orb, often at the exact same time. It doesn’t take more than one failure to understand what you need to do to beat Ikro, but it’s the execution that makes it so challenging and, ultimately, so rewarding. 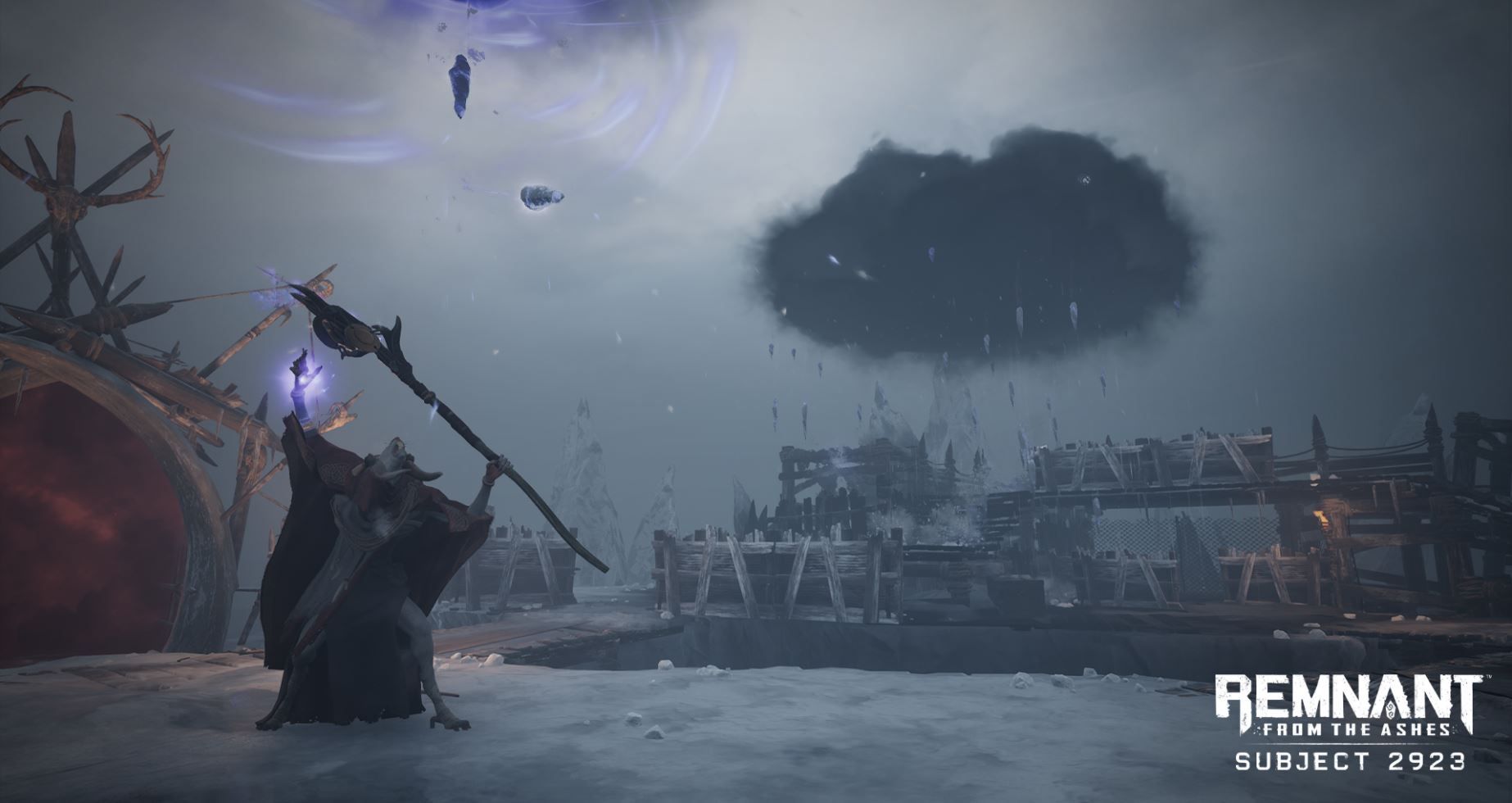 Taylor will tell you he loves a tough fight. Remnant gets its Dark Souls-like reputation because the vast majority of boss fights are brutally punishing and require tons of practice and repetition to overcome. Taylor has the ultimate challenge for Remnant players that think they’ve learned Ikro inside and out:

“On Discord I’ve challenged a few people to beating the fight apocalypse (difficulty) with no gear. You literally just run straight to Ikro, don’t level up your traits, don’t do any of that stuff. Just pick a class and go at it. IcyCaress is the only one I know of that’s beaten it [laughing] no one else at least has told me they’ve been able to do it and I feel like they would. It gets really hard. Anyone who’s personally interested in that challenge, I’ve personally only ever gotten it down to 5% health.”

You can read more of our interview with Taylor Denison here.