Free Radical Design is back. The team behind the iconic TimeSplitters trilogy is working on a new entry in the beloved franchise for Deep Silver. Also known as Crytek UK, the studio has developed Crysis 2 and 3, as well as a console port of the original. But I don’t care about any of that. Now that Free Radical is back, I think it should try to make another Haze. Before you click away – hear me out.

Lauded as a “Halo Killer” before its launch, Haze is a long-forgotten PS3 exclusive that captured the hearts and imaginations of many, but ultimately failed to deliver a solid experience. You play as Shane Carpenter, a soldier in a private military organisation called Mantel. The company regularly doses its employees with a combat-enhancing drug called Nectar that radically alters the perception of those who take it, turning the battlefield into an idyllic paradise devoid of the horrors of war. 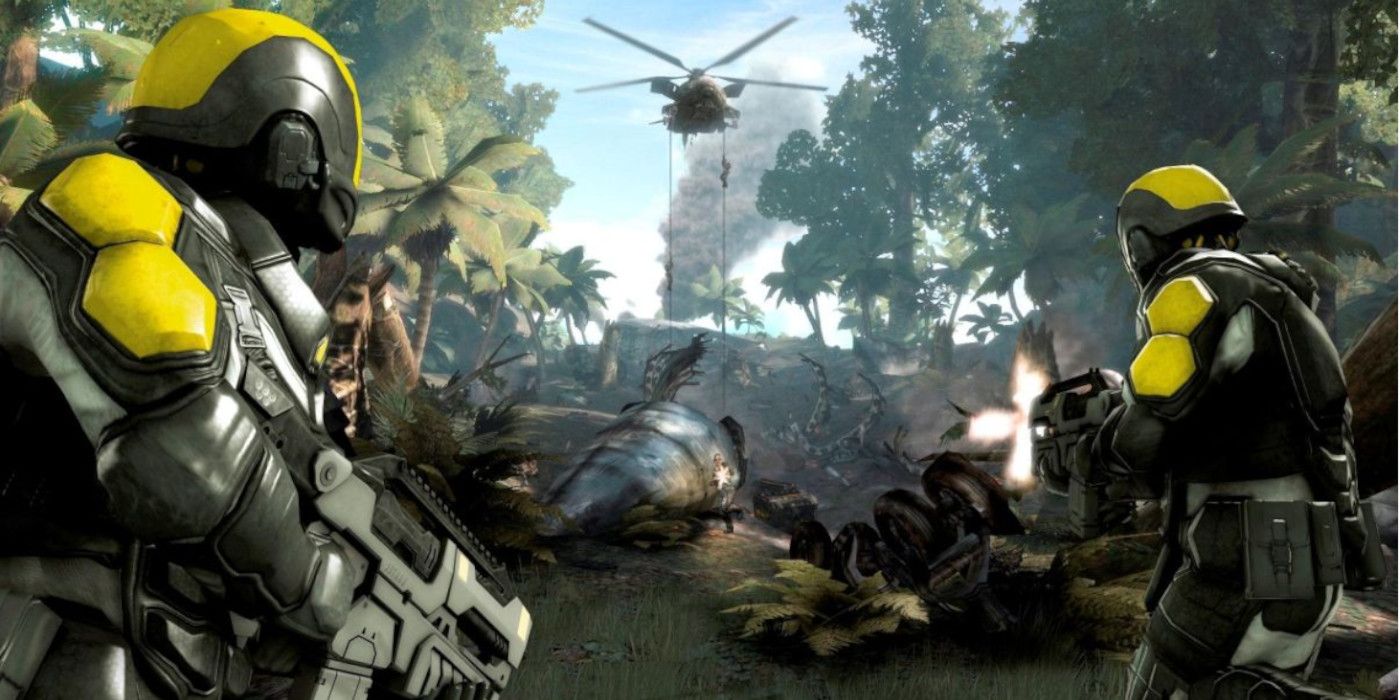 The setup is all there for a morally engaging shooter about the way soldiers are trained to perceive their enemies as inhuman, but it fell flat, not really wowing anyone. Haze’s early moments are excellent, they’re just let down by clunky gameplay and underwhelming visuals. I like short games, but even I thought the campaign was far too brief. It also takes Nectar away from you far too soon, making the rest of the campaign feel like a standard FPS rather than the slick, perception-altering experience it initially presents itself as.

Shane Carpenter is a 25-year-old college dropout who is enticed by Mantel’s propaganda enough to sign up to its privatized military force. It’s a realistic portrayal of the way many young people can end up in military service, turned from disenfranchised students into state-sanctioned killing machines. Using drugs and chemicals on soldiers is nothing new, either. Soldiers in the second world war were given speed, and there’s also the effects of Agent Orange used in Vietnam. Advertising for the game featured the tagline, “fight the addiction, expose the truth.” Haze doesn’t hide its politics, but neither does it engage with them in a meaningful way. 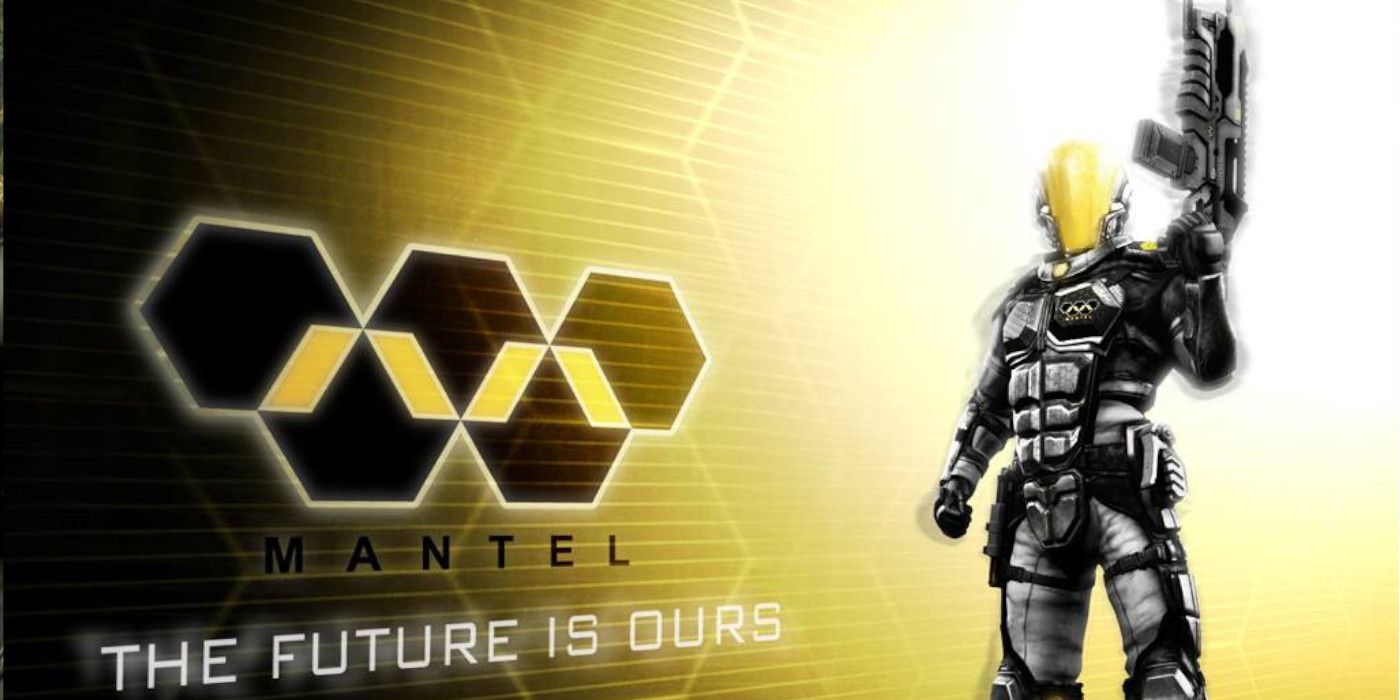 It’s made clear that soldiers are expected to take Nectar, it isn’t optional. The side effects of taking too much, however, include headaches, dizziness, and murderous rampages where you’re unable to tell friend from foe until it’s too late, and you’re already covered in their blood and – oh no, Danny’s dead and you’ve killed him! It’s a solid mechanic; have a little and be a better killing machine, have too much and you’ll wipe out your own squadmates.

Certain scripted segments see your Nectar injector malfunction as it fails to dose you up properly. As a result, you briefly hear the screams of the rebel your commanding officer is torturing. He brushes it off as just some animal, a perfect encapsulation of the way this military trains people to see enemy forces as less than human. Your injector fails again in a factory, and you’re shocked to see that you weren’t fighting against armed rebels, you were slaughtering unarmed civilian workers. You eventually defect and join the rebels because of what you’ve seen, but it’s here when Haze takes away its most interesting mechanic: Nectar. 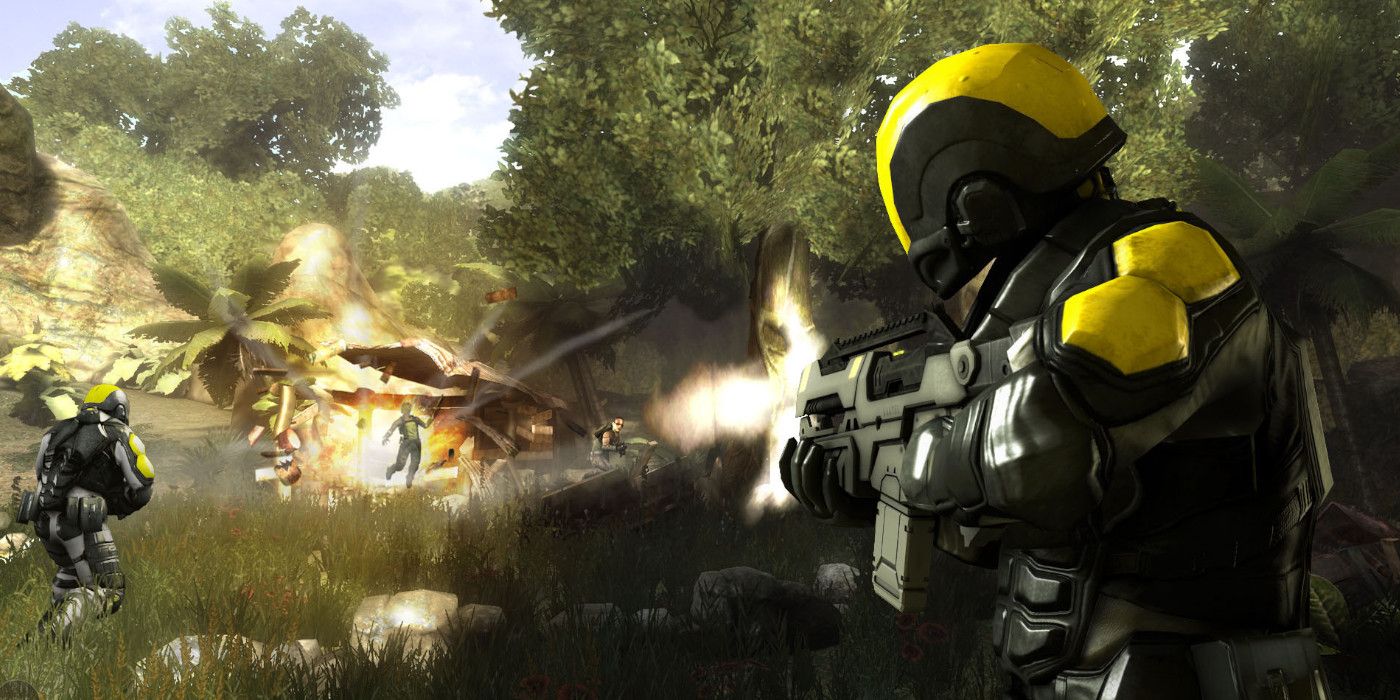 I think Free Radical missed the mark by removing Nectar altogether. I think what should have happened is this: you still had access to Nectar to make you a better fighter, but in the process, you may accidentally overdose and end up killing the very rebels you’ve now sworn to fight alongside. You have to try and find the line between helping the rebel cause by being as combat-effective as possible, while also making sure you don’t slip into the drug-fueled rage the rebels fear in you. If by the end of the campaign, you’d killed too many of your comrades while fighting for their cause, they could disavow you and have you killed, too dangerous and uncontrollable to be allowed to continue working alongside them. Instead of having to find a balance between gameplay and morality, the game just turns you into a good guy fighting bad guys. Boring.

I still think the overall story was good, it just didn’t hit as hard as it should have due to the game’s other shortcomings. You eventually learn that it was another private soldier who sabotaged your Nectar administrator in order to get you to defect. They reveal that Mantel is really in the area to protect its own corporate greed. Surprise surprise, the military is invading a foreign land to protect capitalist interests. Mantel is there to destroy local Nectar plants so it can continue to monopolise the drug and make a fortune. Oh, and also the drug is fatal if used for too long so it’s dumping a load of bodies too. It’s a really solid anti-military-industrial complex plot, it’s just not a particularly fun one to play through. 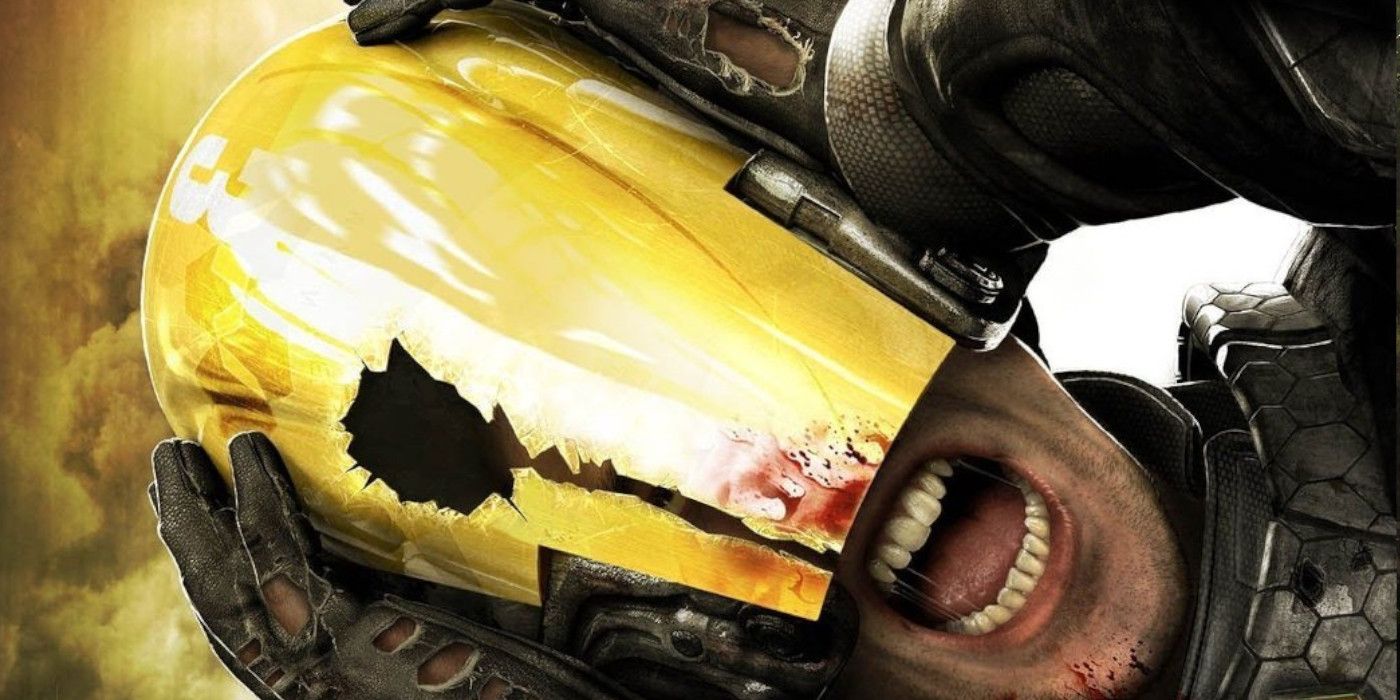 This is strange considering the game does introduce some great guerilla tactics, such as being able to play dead so the doped-up soldiers can’t see you and burying grenades to use as IEDs. You can also scavenge Nectar from dead soldiers to make Nectar-infused grenades and knives that you can use to overdose Mantel soldiers, causing them to violently turn on each other. You can even shoot them right in the Nectar dispenser, causing it to malfunction and make them OD. The devs clearly saw how interesting and useful Nectar was, they just decided to severely restrict your own access to it.

I think Haze could be rebooted with some tweaks to the story and gameplay; primarily, the game should let you keep Nectar, as it’s easily the most interesting mechanic. Next-gen hardware would allow Nectar to truly transform the battlefield in real-time, turning bloody battlefields into utopian meadows. It would be so cool. I really hope Free Radical is able to make another Haze game, whether it’s a reboot or a sequel, I don’t mind. Just give me more of that sweet, sweet Nectar.