Games Workshop took to Twitch earlier today with a live preview of some of the many exciting tabletop projects it has been working on. The event covered Warhammer 40,000, Warhammer Age of Sigmar, Necromunda, the Middle Earth Strategy Battle game, and the studio’s fantasy-focused board game Warhammer Underworlds, as well as giving us a peek into the release road-map heading into next year

GW had already dropped some subtle hints this week on what to expect for Warhammer 40,000. Now we know for sure – the return of Typhus and his Plague Marines. It feels so long ago, but when 9th Edition released earlier this year, the focus switched to the Necrons. GW assured us that the narrative built during the previous edition would continue, and now we have confirmation of this commitment. The latest preview builds on what occurred before the awakening of the Silent King and the ensuing aftermath, with humanity facing a battle of survival against two fearsome menaces. 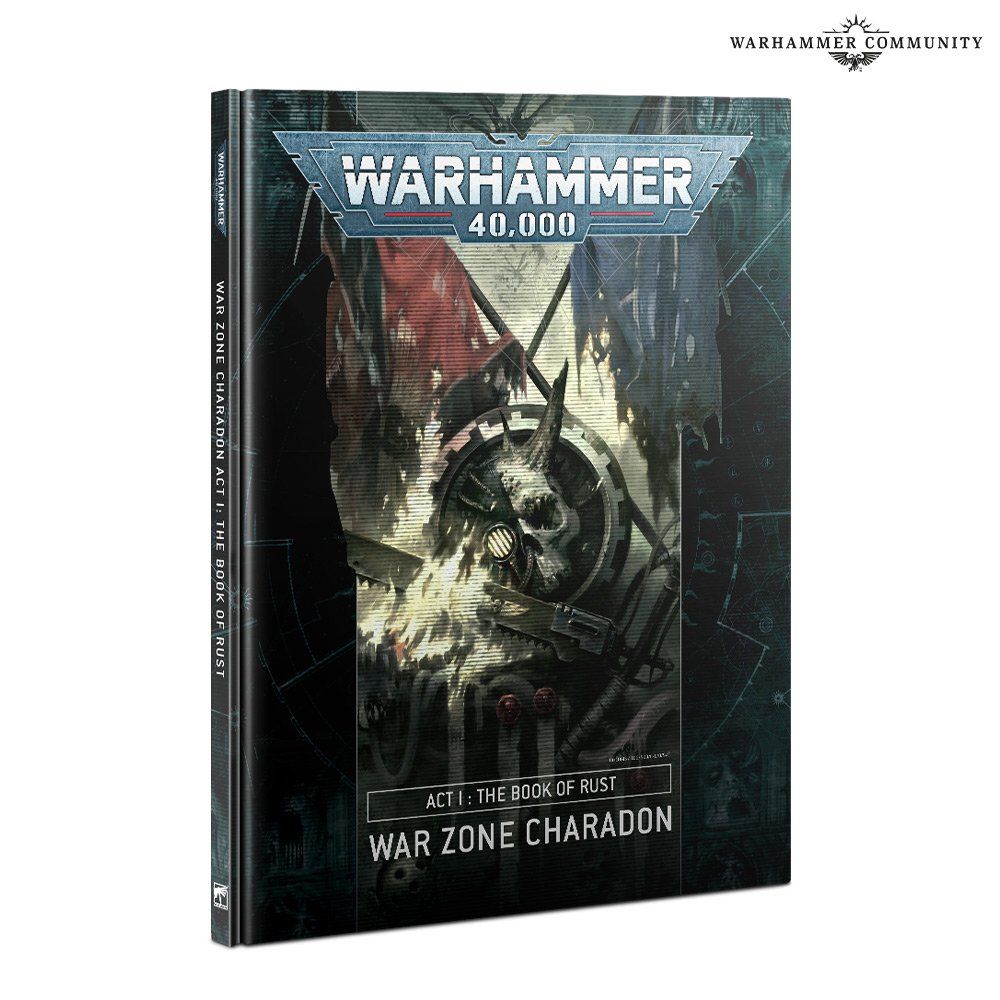 War Zone Charadon Act 1: Book of Rust will pave the way for Typhus’ return as he seeks an advantage over the Imperium, which is weakened by the ongoing conflict with the Necrons. Targeting the Charadon System and the forge world Metalica, Typhus is intent on destroying all who go against him – only the Adeptus Mechanicus stand in his way. 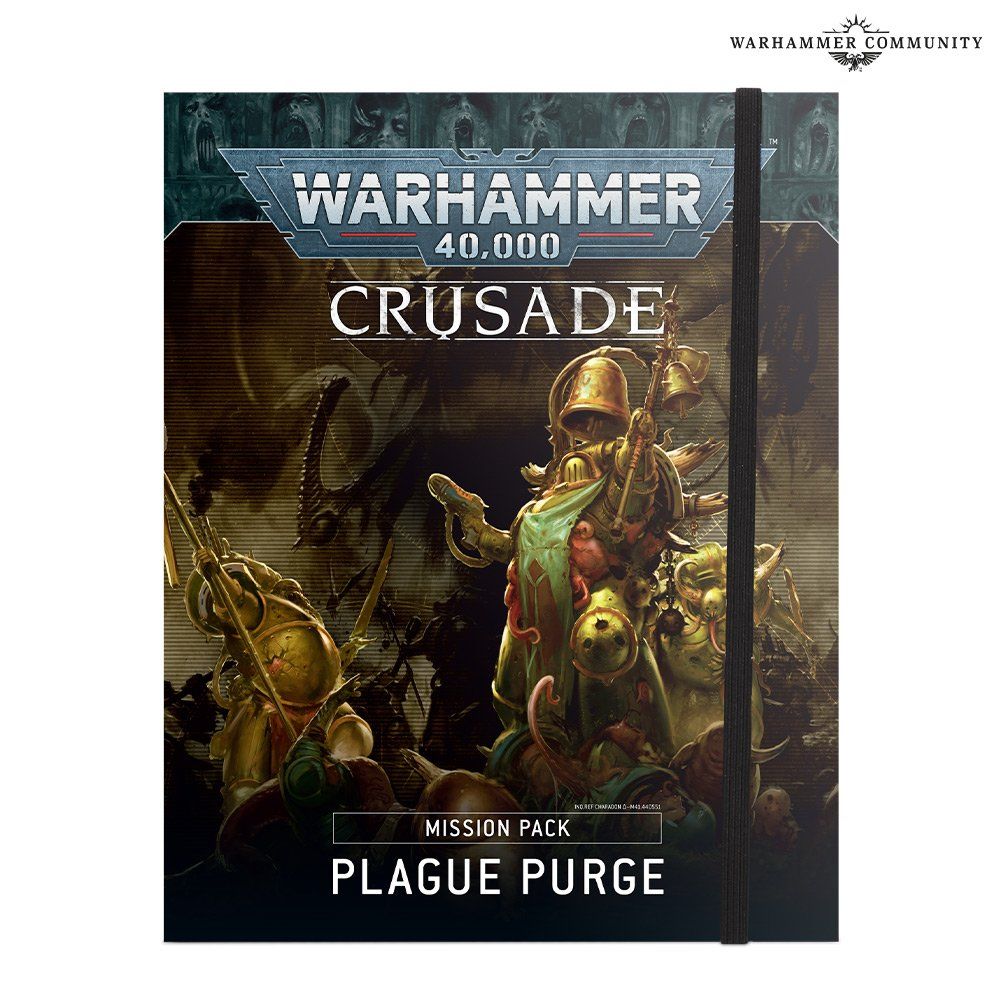 The Book of Rust sets the stage for a campaign across the Charadon Sector and will include new rules for the Death Guard, Adeptus Mechanicus, Imperial Knights, and Drukhari. It also features a solo play mode, something of a trend in tabletop games these days. Launching alongside the Codex Supplement is a new mission pack, Plague Purge. This will allow Crusade players to battle in the decayed worlds that Typhus has conquered. 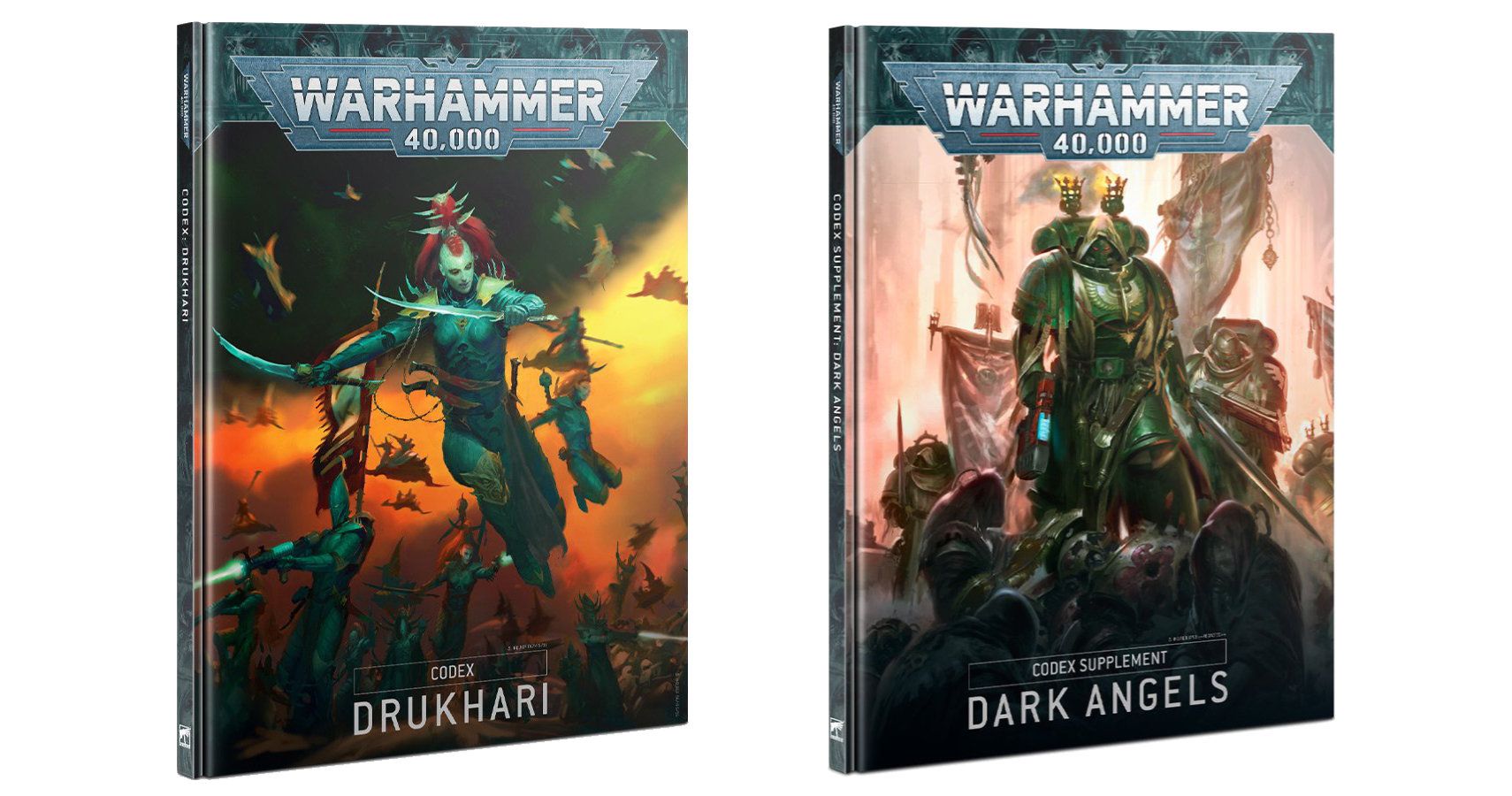 Two new 40K codexes are scheduled for release at the start of 2021, Codex Drukhari and Codex Dark Angels. We expect there to be a slew of new mini’s supporting the release, but no firm news on this yet. What we know is that both Drukhari and Dark Angels are now faster and more deadly than before and Dark Angel players will also find rules for inducting units into the Deathwing. 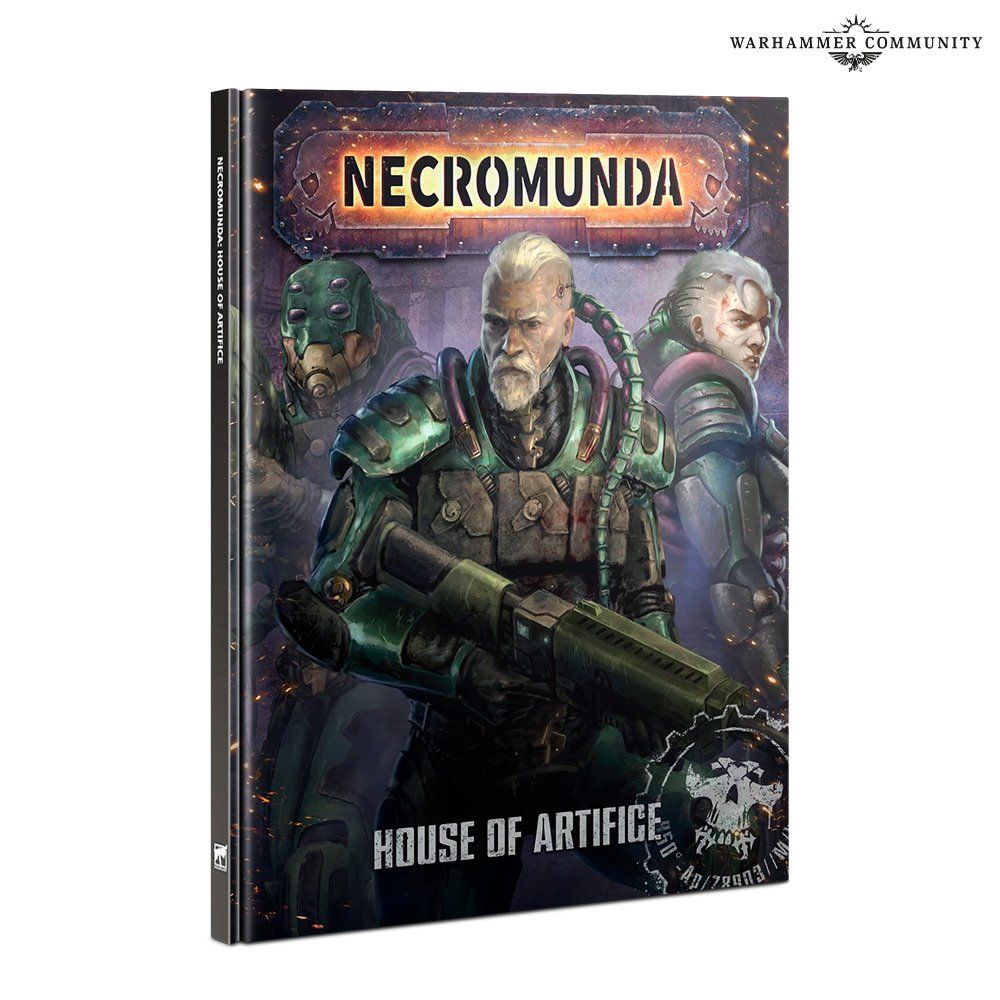 GW has turned to House of Artifice, a tech-focused clan with inspirations firmly grounded in cyberpunk. It includes plenty of background information for House Van Saar, along with plenty of gang rules, tech advancements, and strategies for your gangs. Two new units join Hour Van Saar, the heavily armored Archeoteks and flyboy Neoteks, who ride something akin to Biff’s hoverboard from Back to the Future 2. 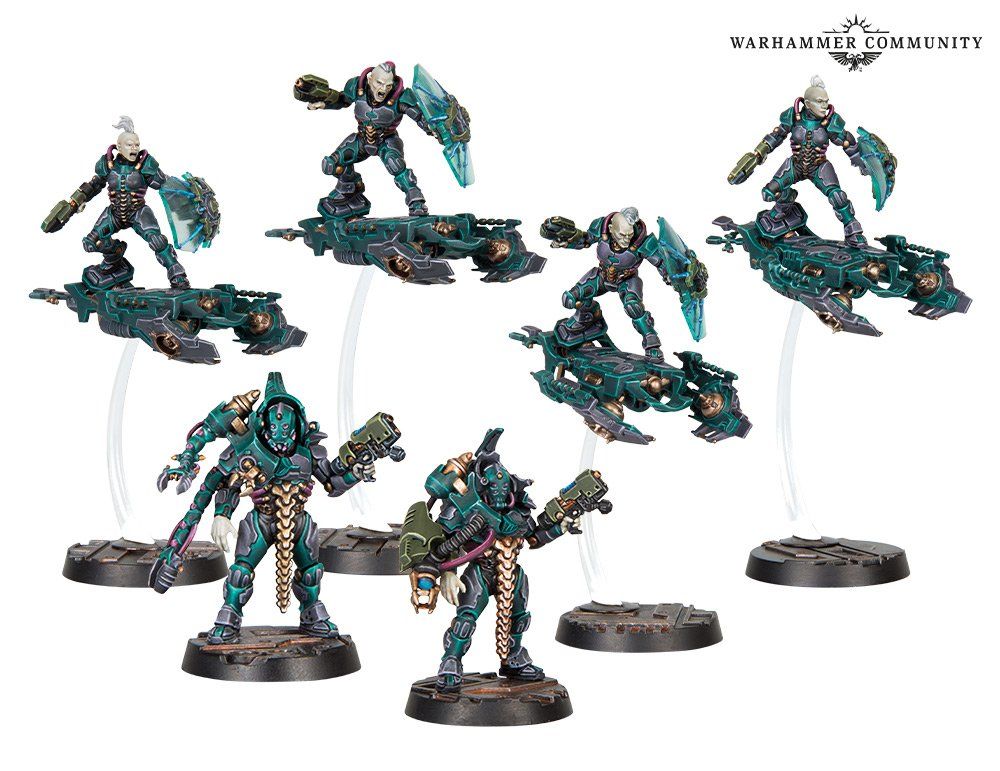 GW has announced a new plastic kit featuring none-other than Treebeard, the Ent that Merry and Pippin encounter on their travels through The Lord of the Rings’ Middle-earth. Treebeard has been available previously, but this is a fresh model – in plastic for the first time. We’ve mentioned it before, but we really are amazed sometimes at the fidelity and eye for detail the GW studio has and also how far injection molding has come to faithfully reproduce artists’ intent with their sculpts. 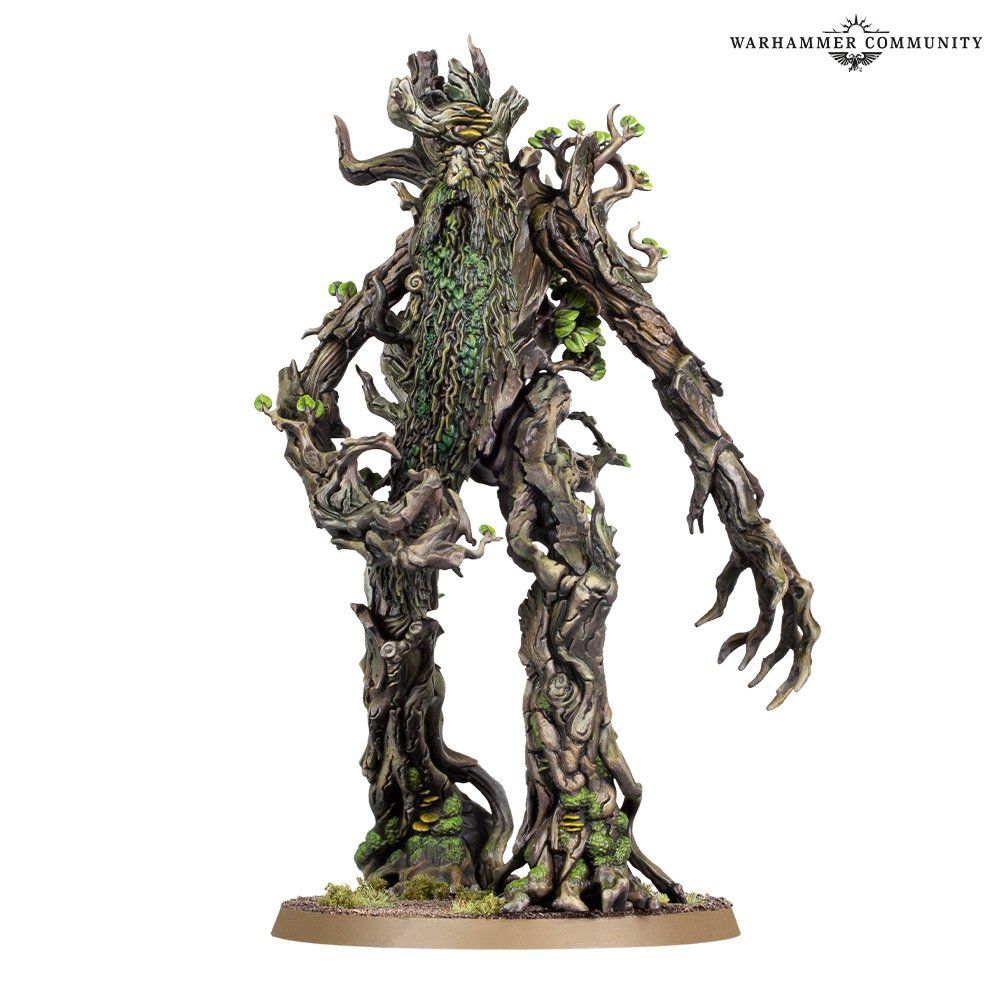 Merry and Pippin are also included in the kit, on a more heroic scale than previous versions. They can stand on their own or atop of Treebeard, hurling their rocks at the enemy below. This truly is an amazing sculpt that captures the onscreen presence and likeness perfectly from the movies.

The new season for Warhammer Underworlds will be upon us shortly and we are about to get a new Slaves To Darkness Warband. Led by two sisters – one a warrior, the other a wizard – the Khagra’s Ravagers are backed up by Chaos Warriors, and together, they make a worthy adversary. We’ll have more details closer to launch, but in the meantime, you can admire the minis below.

Rounding out the event today, GW showcased something of a classic that has been brought well and truly up to date. We may be going out on a limb here, but this might be the most important release for Age of Sigmar – ever!

The return of Sigvald will get players of GW’s previous fantasy wargame Warhammer Fantasy Battle excited, and for good reason. Sigvald was a fan favorite and the centerpiece amongst many an army and golden demon entry. It is also famous for having one of, if not the best technical paint jobs ever. For the casual observer, it may not seem that special, but you have to remember the time that this was first seen! While not in its infancy, mini painting had not matured yet to where we are at today. The Sigvald paint job challenged the preconceived ideas on how to paint miniatures, and it was executed at a level that is still hard to achieve today. Just look at the armor and shield and how seamlessly the gradients transfer and blend from one to another. 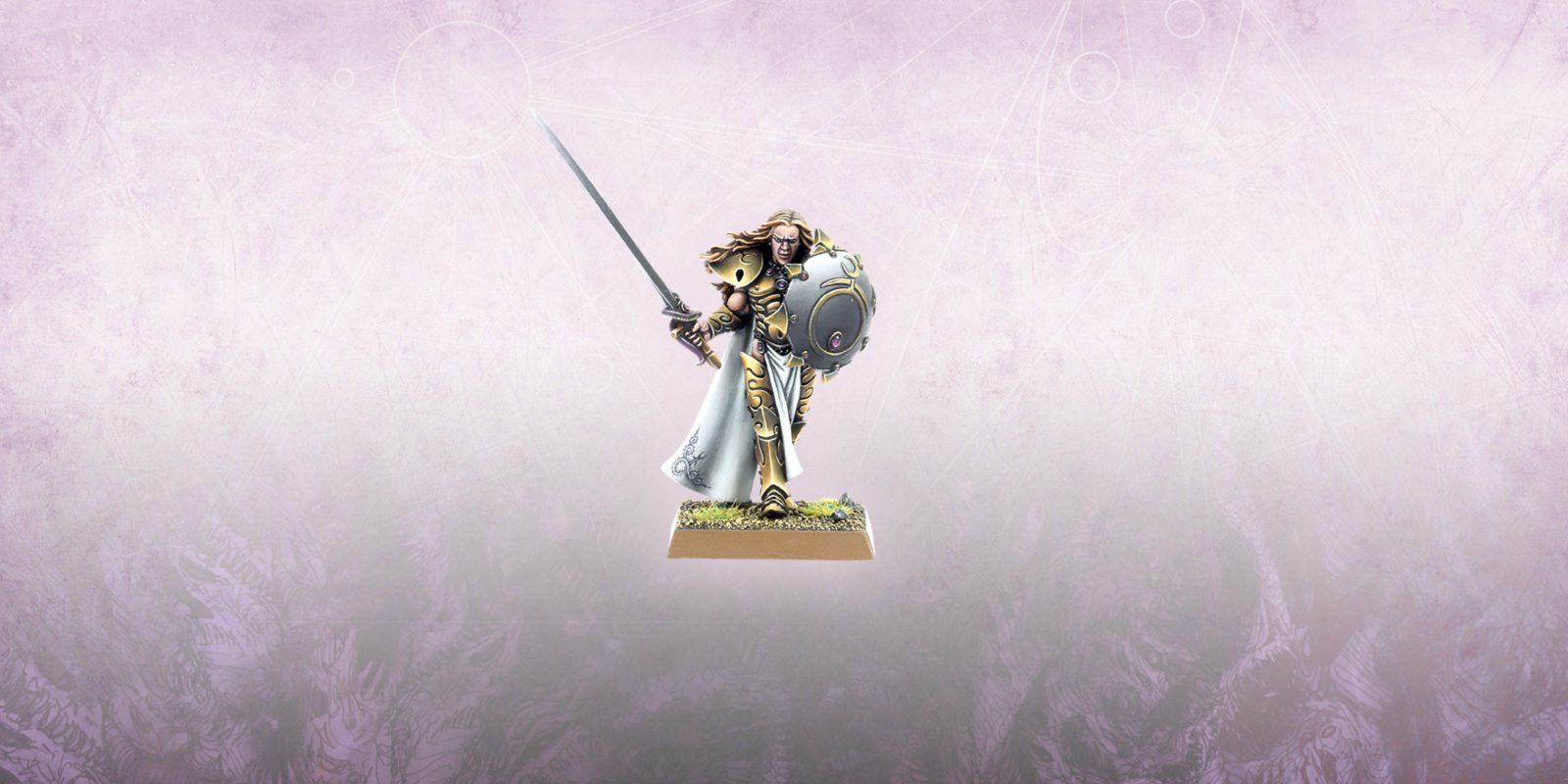 It should be no surprise then that the new Sigvald kit has knocked the old model out of the park and will no doubt not just be the centerpiece for an army, but have armies built around it just because it looks so gosh-darn good. It’s great to see a larger model for the Slaanesh champion, and it features many throwbacks to the original such as the matching design for sword and shield. 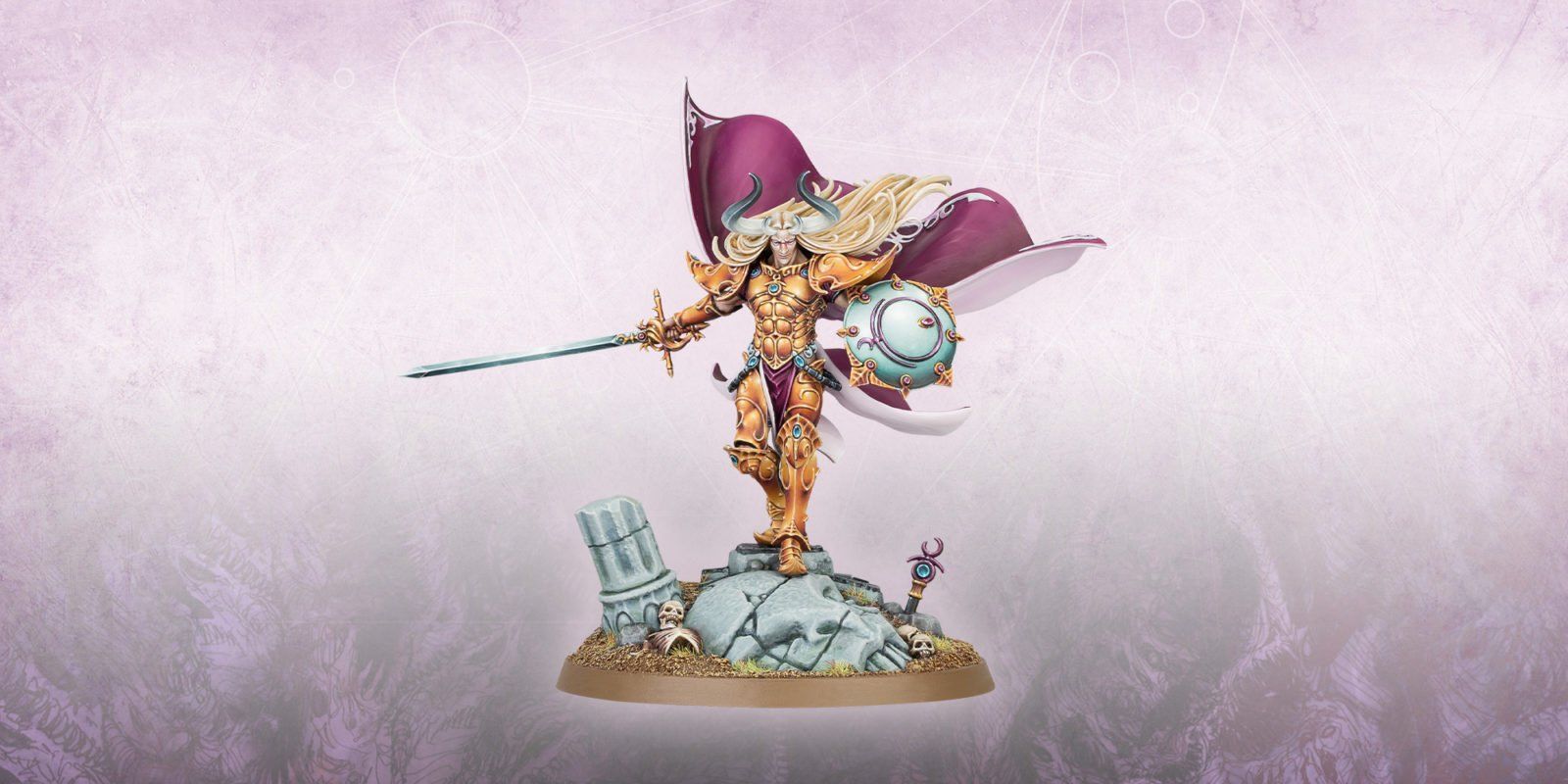 Slaanesh is often referred to as the trickster god or the deceiver and this figurine does the perfect job of representing this. From the sculpture itself to the paint job, everything is about playing the hero. The pose is there, the gold armor is there, the long flowing locks of hair are there… Yet something isn’t quite right. Beneath the surface you feel the artist’s intent; the betrayal and the deceit send shivers down your spine.

Sigvald isn’t the only Slaanesh release teased. GW is also launching two new unit types available in a single multipart kit. The Symbaresh Twinsouls and Myrmidesh Painbringers This continues the precedent set when the Blood Warriors for Khorne were released. This was a direct move away from the generic Chaos Warrior minis of old to faction specific minis. The new paint scheme matches that of Sigvald, displaying the same heroic feel, but this time the warriors hold a secret betrayed by the anguish on their faces, the tortured soul twin-paired with that of a daemon. 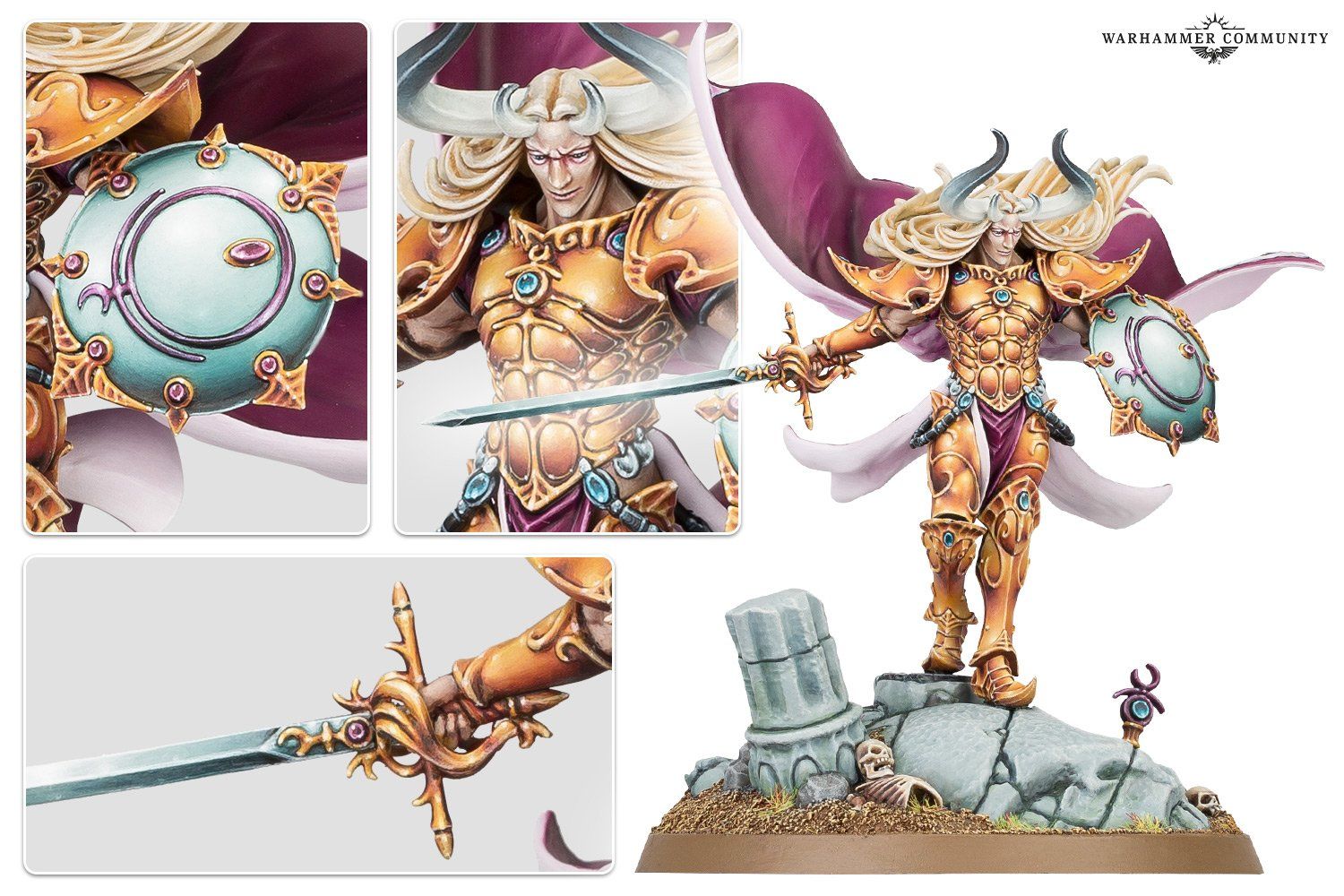 Without a doubt, this has been one of the better previews that GW has run this year, and the future excites us for both Warhammer 40K and Age of Sigmar. Both games have featured an ongoing narrative presiding over the new releases. Keeping it fresh is no mean feat. We should commend the talent of the story team, as without them there would be no narrative for the designers and sculptors to play with and for us to play in. 2021 is looking to be an exceptional year to play Warhammer.