Marcus Fenix should have died in Gears of War 4. The gruff protagonist who is essentially a fridge with limbs helmed the original trilogy, and should have gracefully bowed out to allow a new ensemble of heroes to take the spotlight. Instead, he and his elderly mates stepped out of the shadows and stopped the likes of J.D., Del, and Kait from receiving the attention they truly deserved. It felt like The Coalition was too afraid to abandon the past, worried that existing fans would riot if Marcus Fenix failed to don the durag for another epic adventure. Fans got their wish, and I can’t help but feel it has dragged the second trilogy down in a way it won’t recover from. Unless – it finally decides to murder Marcus Fenix.

If you aren’t caught up with the sick world of Gears lore, the previous instalment saw one of two characters being killed depending on a decision made by the player – J.D. or Del. This moral choice is supposed to have a huge emotional impact, but it’s the only moment of its kind in the entire game and comes completely out of nowhere, so it’s a source of befuddlement and little else. I decided to sacrifice J.D. because he’s a bit of a prick, hoping that Marcus would be utterly distraught over the loss of his only child. Turns out he isn’t too bothered, shrugging it away like a mild inconvenience. He doesn’t even take off his durag to grieve. Now that’s a hard bloke.

I imagine Gears 6 will make one of the aforementioned deaths a canonical decision, so they can avoid the complications that come with juggling dual narratives. The Coalition is yet to expand on who the survivor will be, and with the announcement of the sequel still a long ways off, I imagine we won’t find out for a couple of years at the earliest. Regardless, Marcus Fenix is poised to be a key player in the upcoming game’s events, and hopefully he is sacrificed in a similar manner just to give the entire franchise some form of meaningful closure. His presence doesn’t feel necessary, neither does that of Cole or Baird. 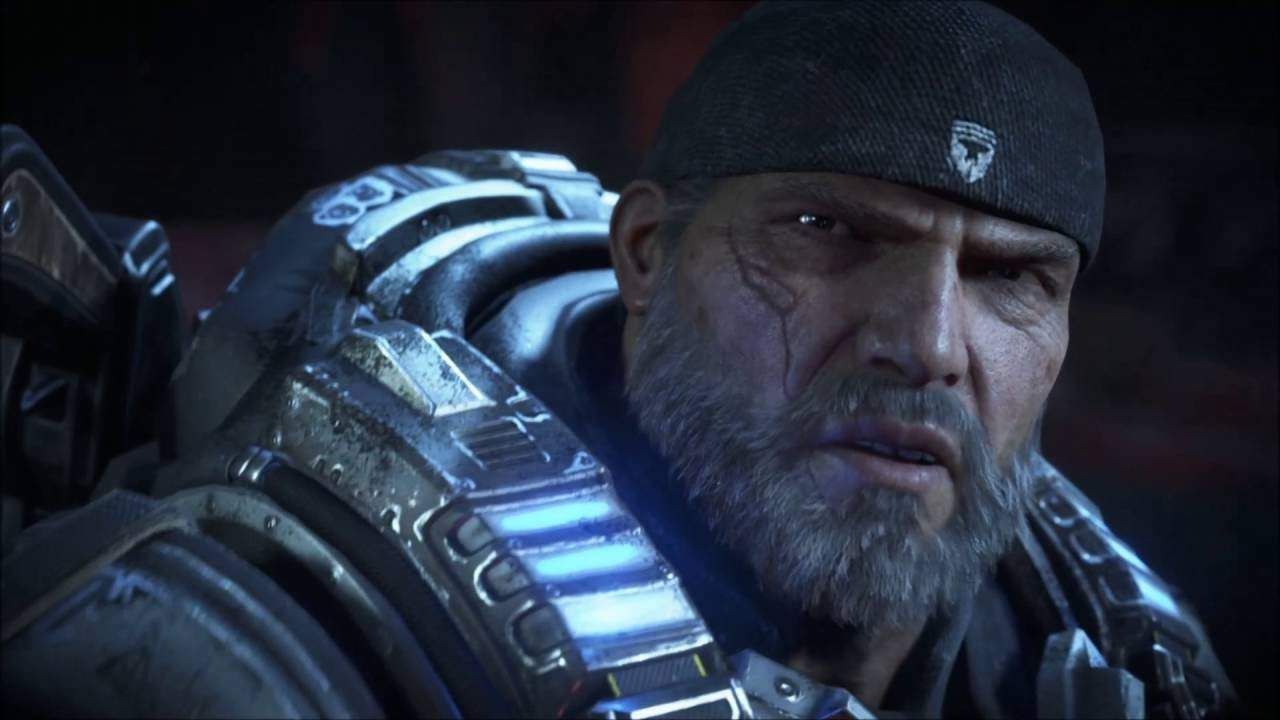 Kait was the focus of Gears 5, the narrative centring on her true identity alongside the origins of her mother, who is seemingly the source of the new Locust threat. The true capabilities of this evil becomes clear in the final act when friends are killed and the world is torn asunder by a threat that is seemingly unstoppable. It probably isn’t, and we’ll find out as much in the next game I imagine. Gears 3 circumvented the need to explain the previousd title’s convoluted conclusion by implementing a time skip, and I honestly wouldn’t be surprised if Gears 6 went in a similar direction.

Our heroes have lost a dear friend, so fast forwarding to a time when the mourning has been done and they’re ready to pick up their chainsaw guns to finish the fight would be far more palatable for shooter fans. From a more cynical perspective, this trilogy hasn’t really ventured into new territory with the exception of a brighter colour palette and pseudo open-world elements, so retracing familiar steps seems like the most likely scenario. I’d love to be proven wrong and witness Gears 6 begin immediately after the last game’s conclusion, providing our heroes with no time to process recent events as they’re thrust into another battle. 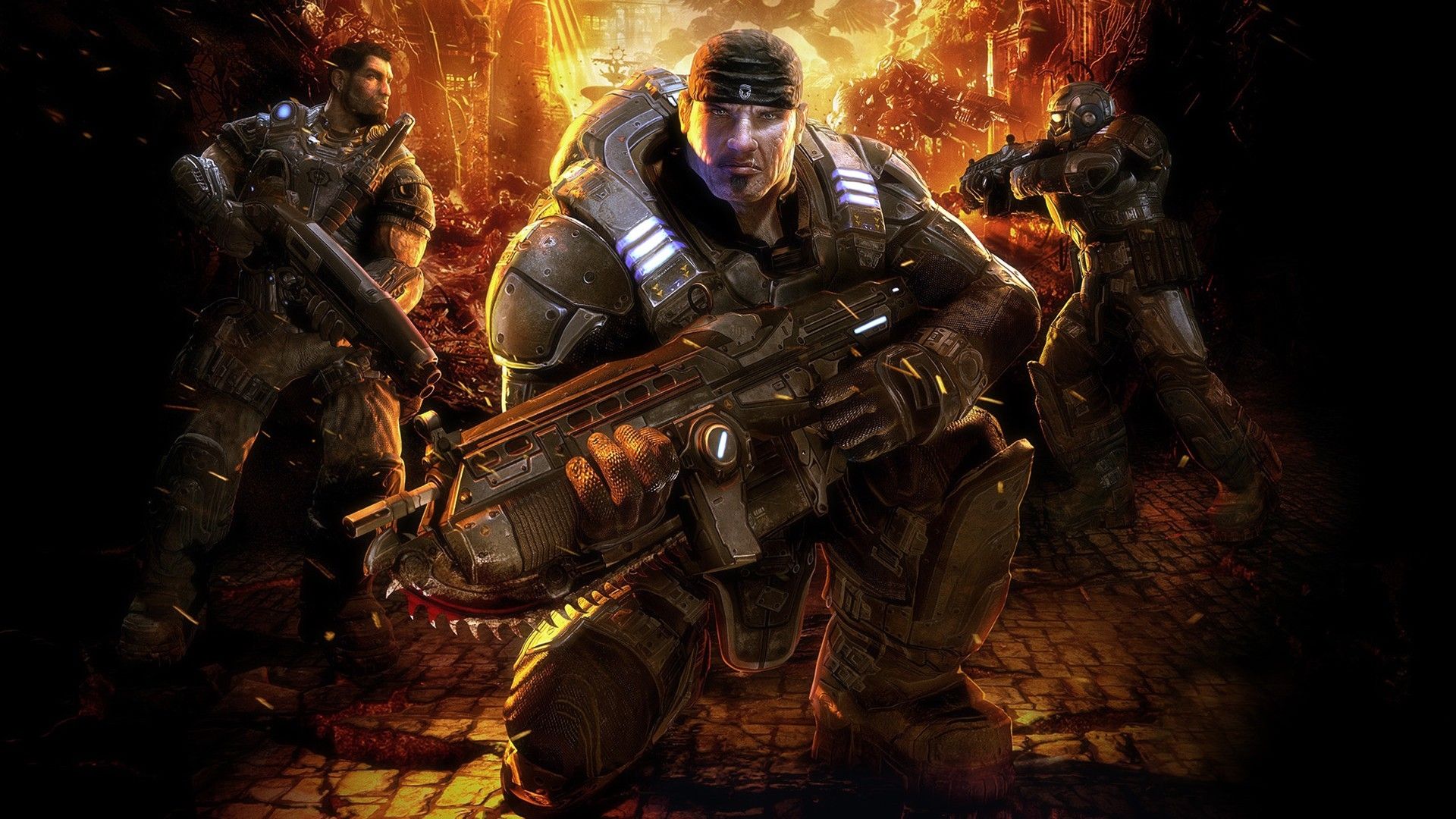 This could lead to a bold, complicated exploration of emotions and themes that this franchise hasn’t really touched on before. It’s still a daft shooter, but it could be a daft shooter with a bit of heart. Marcus Fenix finally biting the dust could underpin the newfound narrative confidence expressed by The Coalition, showcasing that its greatest hero deserves to go out in an explosion of glory instead of grumpily ageing into retirement. I’m not sure he’d be happy tending to a farm mourning over his dead son, so having him meet a similar fate to Dominic Santiago where his sacrifice for humanity actually means something just feels like the right thing to do.

The original pitch for this current trilogy was so different, with The Coalition planning to abandon previous characters and focus on something new and exciting. Instead, it took the most pedestrian route possible, which has resulted in one of the 360 era’s biggest hits being met with a rather lukewarm reception. It’s still a blockbuster success for Microsoft, but you seldom see it mentioned in the same manner as Halo, Sea of Thieves, or any of Sony’s current exclusives. It just doesn’t measure up, but a daring final chapter could turn heads, cementing this modern iteration of Gears as an experience to be remembered instead of a predictable retread.