Perhaps it’s a tad bit obvious from 2020’s GOTY list, but I’m still smitten with Genshin Impact. And like I do with most RPGs, I keep getting this itch to replay the story. I’ve turned my favorite classic, Final Fantasy 8, into a yearly summer activity, and I’ve memorized a few monologues from Persona 3 just from replaying it so much. Things are a little different with service games, though. Their very nature tends to make them bigger time sinks if you want to replay any story due to level gates or paid elements. That’s why I’ve come to really enjoy Final Fantasy 14’s new game plus option, and I’m keeping my fingers crossed that Mihoyo will add some way for us to experience Genshin Impact’s story beats again.

Before anyone chimes in with a “Honkai already has a way to do this,” I know, I know. I’ve seen how we slowly get some of those QOL or other interesting systems, like housing, come to Genshin Impact as improved versions of Honkai. I love that Honkai Impact will let me rewatch most story cutscenes again, but honestly, I really want to play them again. That’s why I’m referencing Final Fantasy 14 here, because I think this is the most satisfying version of a new game plus mode that I’ve ever seen, and I want something similar for another one of my favorites. 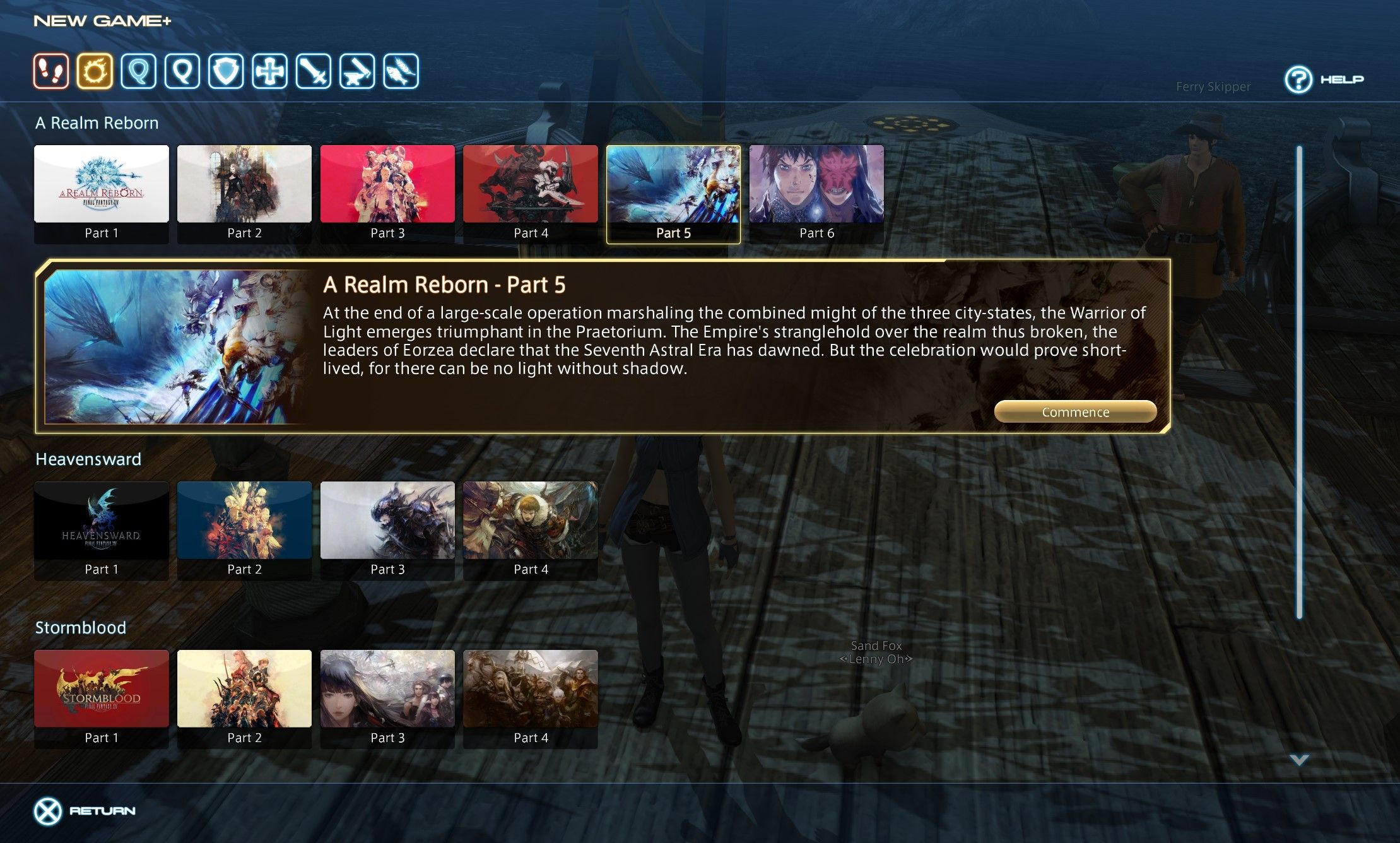 Final Fantasy 14’s new game plus isn’t a perfect, one-to-one recreation of how you experienced the game at first pass. You’ll have access to your high-level characters, mount capabilities, and teleportation, but I like it that way. It forces me to revisit zones and interact with NPCs, so I don’t miss out on any dialogue that’s outside of cutscenes, but I also don’t get stuck behind annoying level gates. This is what I want to be able to do in Genshin Impact, because I love plenty of its less cinematic moments, too.

It’s a bit of a tall order, I understand, and probably not something on Mihoyo’s radar since the game is so young – as a reminder, Final Fantasy 14 has nearly a decade’s worth of content – but I genuinely love Teyvat. I can easily pick out a character or two in most RPGs I’ll click with, but Teyvat is rich, filled to the brim with interesting details that are easy to miss in passing. I’ve become fascinated with way more than just Zhongli or Klee, but I adore even the passing commentary from some of its smaller characters. I’ve learned a million little things from going back and exploring Eorzea again with Final Fantasy 14’s new game plus, and it’s what I want from Genshin Impact, too.

Teyvat certainly isn’t as old as Eorzea, but I think Mihoyo is quickly amassing hours of story content in its short existence. If asked to start a new account and replay Genshin Impact for the story, I’m not interested. But, if you give me the ability to revisit older beats with my current in-game capabilities, sign me up. With as much as I’ve grown to love Genshin’s world, I could easily see myself revisiting each new beat for years to come.