People often complain about seasons seven and eight of Game of Thrones, but I think that’s giving five and six far more credit than they deserve. Sure, season six had The Battle of the Bastards – which honestly might be my favourite episode of television ever made – but a lot of the other stuff was crap. I’d argue that season five is even more brutal than seven and eight put together, and a huge part of that is its unflinchingly idiotic treatment of Ser Barristan Selmy.

Barristan the Bold is the only person in all of Westeros that is feared by both Ser Jaime Lannister and Lord Eddard Stark – that basically tells you everything you need to know about him. He’s a fascinating character who is masterfully portrayed by Irish actor Ian McElhinney, and I think that alongside Euron Greyjoy, he’s probably the person who was done dirtiest during Game of Thrones’ slow descent into sheer, unbridled, chaotic stupidity. If you’re not up to speed on exactly why that’s the case, here’s a one sentence explanation: he was killed off in the show despite being very much alive and kicking in the books the show is based on. I mean, he’s even been confirmed as a POV character in the unreleased The Winds of Winter, the events of which transpire far beyond where he was killed off in the HBO series. Excellent work, folks.

Let’s go through some of Barristan’s accolades: he defeated Ser Duncan the Tall, Lord Commander of the Kingsguard, in a joust when he was 16. After Tywin Lannister – who was Hand to King Aerys Targaryen at the time – spent six months planning an invasion to rescue his king, Barristan did so single-handedly in less than a day. He beat The Hound in single combat in a tournament at the age of 60, proving that growing older didn’t make him any less sharper, or more lethal. When he’s finally fired from the Kingsguard by a manipulated and power-hungry Joffrey, he defeats two Goldcloak assassins under the sycophantic Janos Slynt without even being armed. The only people who realize how stupid it was to embarrass and dismiss someone as universally feared and revered as Barristan are Tywin and Tyrion – and, even with his untimely and ridiculous death in the show, Barristan goes on to prove the lions right. 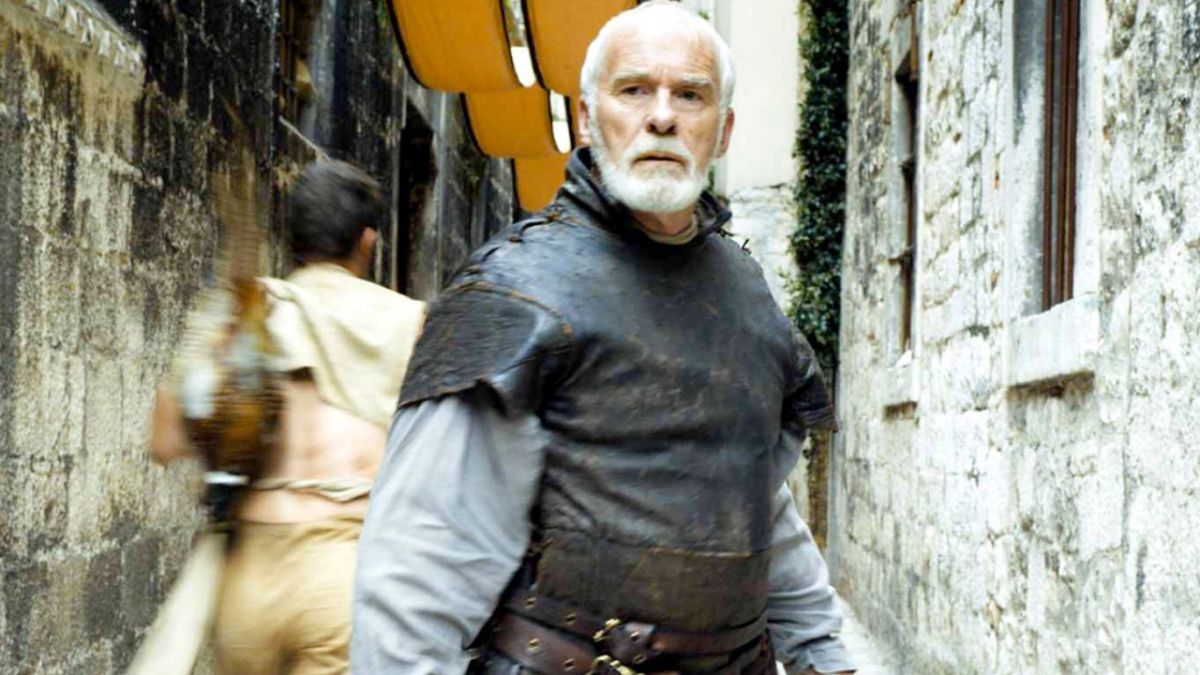 In the books, the whole Meereen arc is significantly different. Barristan isn’t killed by a bunch of untrained militia wielding daggers for the first time – instead, he instigates a mission to capture Hizdahr, Daenerys’ husband, and personally slays his infamous protector, the pit fighter Khrazz, with a shitty little staff. Later, before Daenerys even returns – this is the arc in which she flies off on Drogon from that weird Colosseum structure in the series – he prepares to lead the charge against invading Yunkish forces after the latter catapult disease-ravaged corpses over the walls of Meereen to spread a plague known as the pale mare. Here’s the speech he gives to his new recruits prior to the cavalry charge, as written in an excerpt from The Winds of Winter:

I am an old man, an old knight, and I have seen more battles than most of you have years. Nothing is more terrible upon this earth, nothing more glorious, nothing more absurd. You may retch. You will not be the first. You may drop your sword, your shield, your lance. Others have done the same. Pick it up and go on fighting. You may foul your breeches. I did, in my first battle. No one will care. All battlefields smell of shit. You may cry out for your mother, pray to gods you thought you had forgotten, howl obscenities that you never dreamed could pass your lips. All this has happened too.

Simply put, Barristan is one of the most badass characters in the entire A Song of Ice and Fire series, and the show didn’t even bother to include some of his best sequences. I mean, even Ian McElhinney, a huge fan of George RR Martin’s iconic fantasy saga, was disappointed when he read the script to say he was being killed off.

I think one of my favourite things about Barristan has to do with the characters he often aligned with. In his brief tenure on a small council that featured Ned Stark, the two were in constant agreement. Varys, another Game of Thrones great, had the following to say to Ned in the first book: “Of these seven [Kingsguard], only Ser Barristan Selmy is made of the true steel.” As always, Varys was correct.

There are many things to be upset about when it comes to HBO fumbling the ball with Game of Thrones. Out of all of them, though, the pill that’s most painfully bitter to swallow is the fact that TV Barristan was killed off by a bunch of nobodies that book Barristan could have easily beaten with his hands tied behind his back and his legs in a potato sack. It’s the biggest qualm I have with the series, and I’m not sure I’ll ever be less furious about it.

Next: Answering The All-Important Question: What Do Pokemon Smell Like? 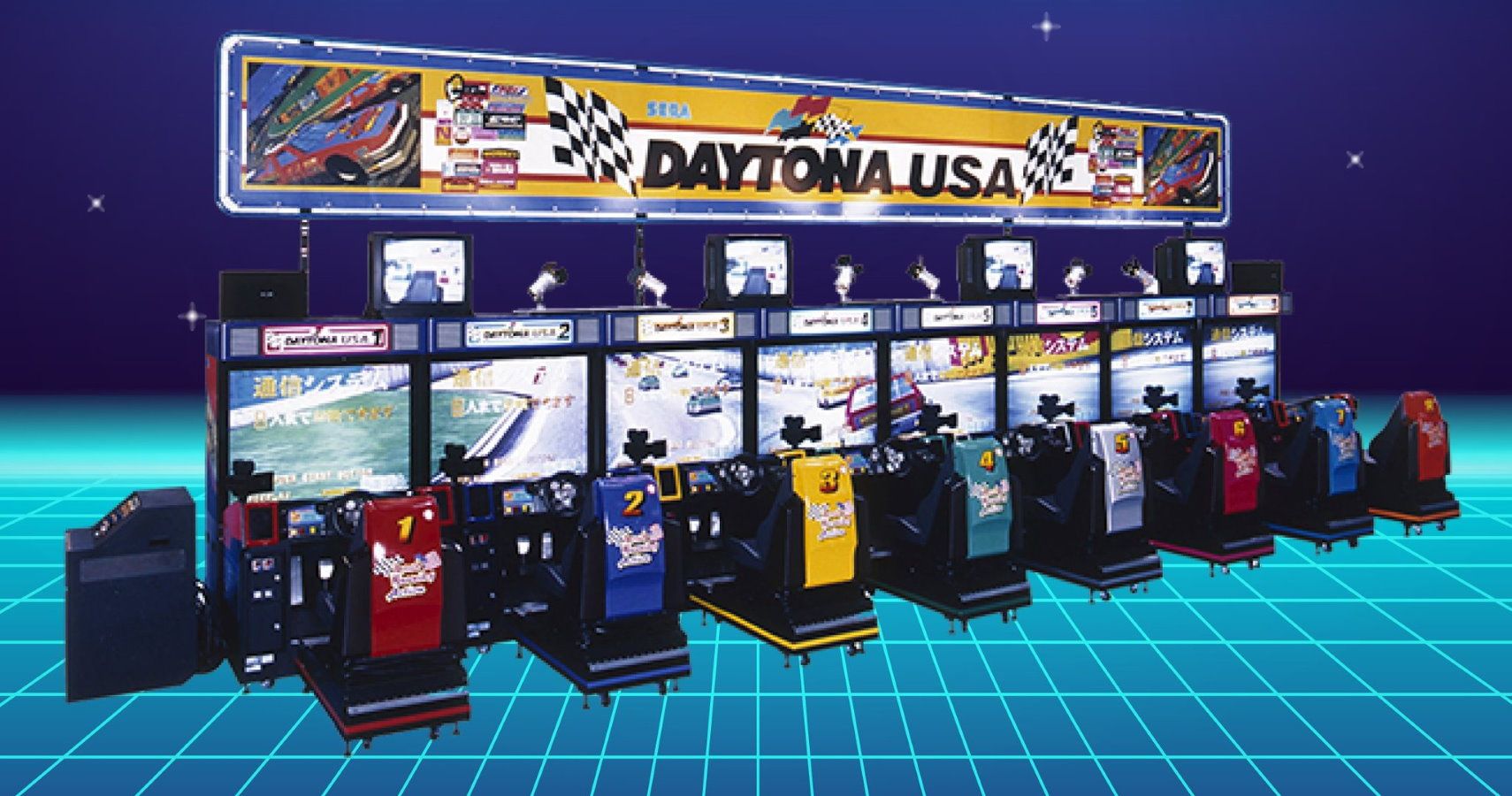