I could start a pretty substantial ramble about how great of a game Life Is Strange is. From complex character relationships to the extraordinary indie soundtrack, Life Is Strange checks every box in what I look for in a narrative driven game. But by far, the best part about this game is how it handles choices—the consequences of your decisions are not always immediately apparent, much like how they aren’t in real life.

Recently, I wrote a review for Sumire, an indie, narrative adventure game. While the music and art were breath-taking and the concepts that the narrative tried to tackle were substantial and interesting, the major way that the game fails is when it comes to choices. Like in many games, the choices you make in Sumire do matter, and they will change the outcome. However, the game makes choices far too black and white. It’s clear that there is always a “right” option and a “wrong” option in given scenarios, and you’re able to see that reflected immediately afterwards. Despite the game tackling some heavy and complex problems, the responses to these problems are terribly simple—you either respond to situations in a healthy way and things get better, or you respond in an unhealthy way, and you suffer for it.

This is quite unlike how problems are actually handled in real life. But Life Is Strange, on the other hand, captures decisions and dilemmas perfectly. Not only are there frequently no clear “correct” answers, but after you choose an option, you often have no idea what the result of your choice is going to be. It’s so unclear, in fact, that despite the game including a time-travel mechanic for you to go back and select a different option if you don’t like the choice you made, you still usually don’t know the best path to follow after seeing how each one plays out. 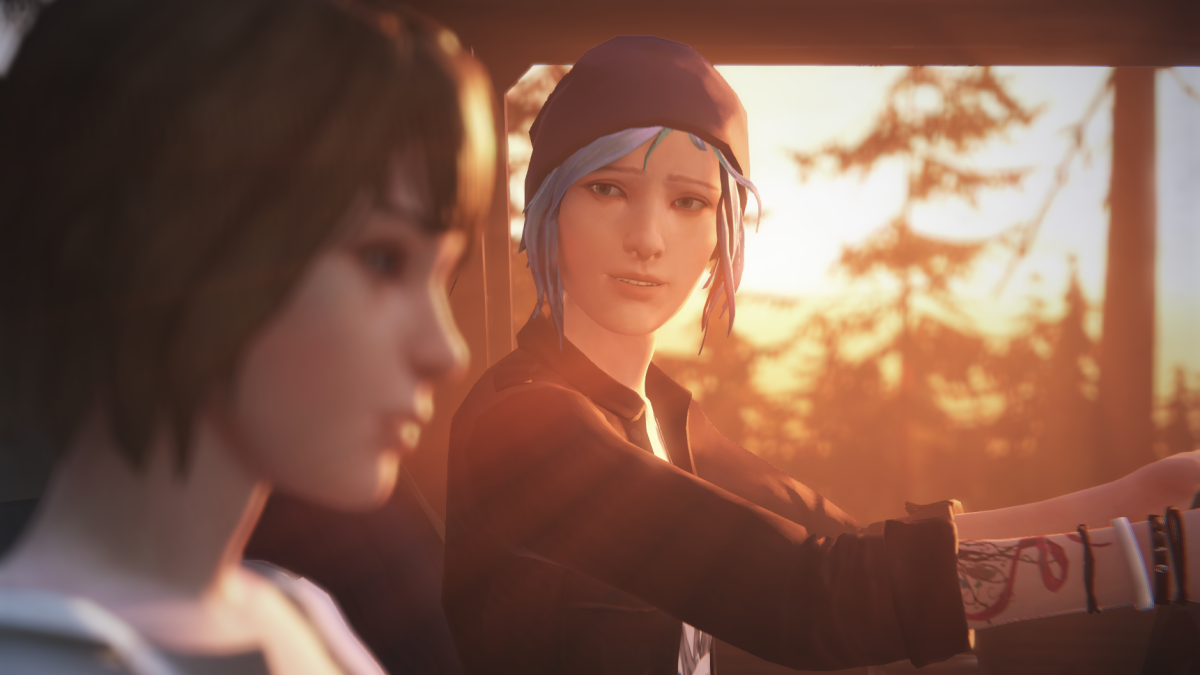 For example, right towards the beginning of the game, you must choose to tell the principal that someone at school had a gun, or to keep that knowledge to yourself. If you check out the principal’s reaction to each option, they both seem negative in different ways, and you have no clue what will happen down the line after you choose either one. This isn’t to say that there are never immediate consequences in Life Is Strange. Certain choices will spark events to instantly unfold, you just never know when that’s going to be. This is much like in real life, as we fumble around and make decisions to the best of our ability, but we often feel entirely underprepared for the challenges we face.

The best way to connect your audience to something is through relatability. There are a bunch of movies I’ve watched where I really relate to the characters and could say it “got me in the feels.” But Life Is Strange was so much more powerful than watching a movie. Yes, I related to some of the characters, but the way choices were so significant and realistic almost made it feel like I was going through the situations myself, causing me to be considerably more invested.

I’ve played countless games that include dialogue options and different endings depending on what you choose throughout the game. However, I haven’t played another one that captures decision making and moral struggles like Life Is Strange does. The developers set out to make a relatable, emotionally stimulating game, and Life Is Strange fits that perfectly.