Little Nightmares 2 is the latest in a very specific gaming sub-genre. Similar to games like Inside and Limbo – so basically everything Playdead has ever made – this type of game blends together platforming, puzzle-solving, and horror. It also usually features a small child being placed in horrible danger. I don’t think this genre has a title, but I’ve floated the name “Child Murder Simulator” before as a good descriptor for it. Sadly, that name has yet to catch on.

If you’ve played the first Little Nightmares, then you’ll know what to expect from this sequel. If you haven’t, well, you’re going to be in for a gruesome treat as Little Nightmares 2 is an enthralling, nerve-racking journey into madness. And it’s all thanks to the terrifying imaginations of the people over at Tarsier Studios: a group of developers who seem dead set on giving us all childhood trauma even as grown-ass adults.

You play as Mono, a little boy who wears a paper bag – or any of the game’s collectible hats – on his head throughout the journey. He starts out in a forest on the outskirts of a massive city before stumbling across a small house. That’s where he finds and rescues a little girl named Six (the protagonist of the first game.) Together, the two struggle to survive while trying to reach safety and avoiding being murdered or eaten by the blood-thirsty adults they encounter. Mono also keeps seeing a mysterious hallway that’s being transmitted on many of the television sets scattered across the world. What’s the significance of that hallway, and how does it connect with a creepy tall man and a massive signal tower located in the heart of the city?

That doesn’t sound like much of a story, but the Little Nightmares series doesn’t do straightforward narratives. There’s nary a hint of dialogue or exposition. Instead, everything is done through environmental storytelling. Thankfully, Little Nightmares 2 has phenomenal environments. Every place you reach has these weird details in the background that hint towards something sinister that’s happened in the past or is about to happen right now.

The house at the beginning looks like the Baker House from Resident Evil 7. It’s filled with meat that’s been sitting out too long and taxidermied humans that are propped up to look like they’re having a nice family dinner. The rundown school has deathtraps set up everywhere. There’s clothing left lying in the streets as if people were snatched right out of their shoes. There’s this sense of ominous foreboding in every location as you wonder what happened to society and how all these people turned into these grotesque creatures. Or if they’ve been like this all along. 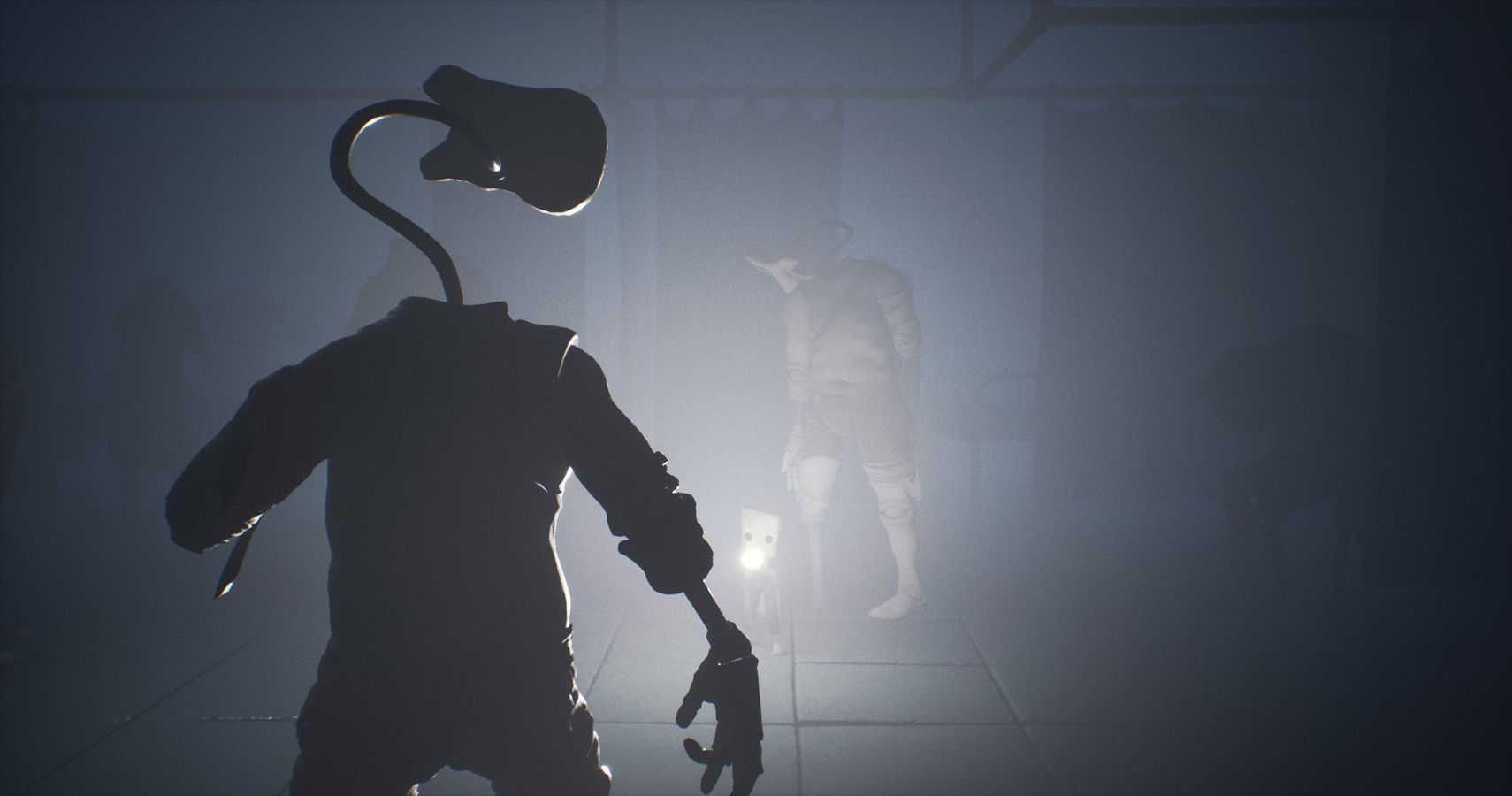 This is aided by the incredible art style. Little Nightmares 2 simply looks stunning. It all resembles something designed by a sadistic Tim Burton and then molded from clay by disturbed French animators from the 1970s. Tarsier Studios has topped itself in making even more nightmarish adults. I still remember the feeling of my jaw dropping when I saw the “special abilities” of The Teacher. That happened a lot and was combined with a kind of nervous laughter each time I saw the disgusting visuals that this team had created. Apparently, these games were inspired by the works of Studio Ghibli. While I can see where that inspiration came from, the fact that the developers saw something like Spirited Away and were moved to craft something like Little Nightmares makes me wonder what’s in the water at Tarsier.

I’ve written before about how impressive the lighting effects in Little Nightmares 2 are, but it bears repeating due to just how effective it is. Seeing the sunlight pouring through the windows in The Hunter’s workshop or using the flashlight to illuminate the dark hallways of the abandoned hospital adds so much to the atmosphere. The water, dust, and cloth physics are also top-notch, but the lighting is just on a whole other level.

Ok, I’ve gushed enough about the visuals. Now it’s time to talk about the amazing sound design. The ambient sounds of Little Nightmares 2 do a great job in raising the tension. There are cracks and creaks in every dilapidated building along with the muffled moans of the tortured denizens of the city. When something made of glass shatters, you tense up because you worry that someone might have heard it. There’s not much music, but what’s there does a lot to set the mood. There’s plenty of that screeching, anxiety-inducing violin soundtrack that you hear in modern horror movies, but whenever Little Nightmares 2 decides to give you real music it’s somehow even more unnerving. 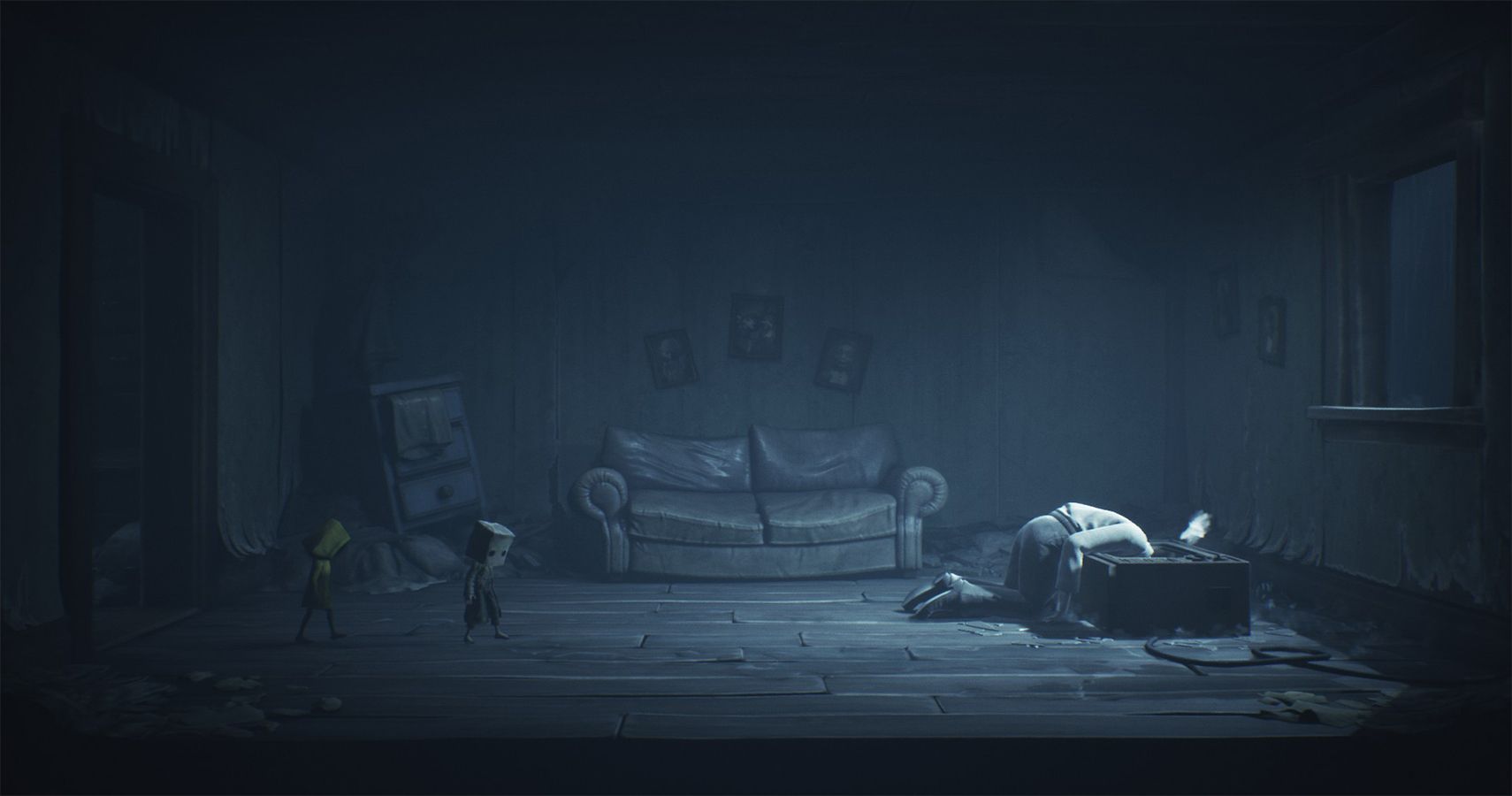 Outside of those start visuals and ear-splitting sounds, Little Nightmares 2 is fairly standard platforming fare. You can run, jump, climb, grab objects, hide from unspeakable horrors, and hold hands with supporting character Six (which is a cute touch). Six plays a big role in helping you survive as she’s essential to solving puzzles, guiding you to objectives, and even helps you with some of the platforming sections. The puzzles themselves are great fun as they require some clever manipulation of the environments and almost always lead you to yet another frightening set-piece.

The climbing controls can be a little awkward at times. There were a few moments when I had to clamber up a structure and moving from side to side felt like trying to teach a cat to play fetch. It gets especially annoying during chase sequences. Even grabbing objects and shining your torch is more fiddly than it needs to be. Also, due to the game’s 2.5D perspective, the camera occasionally loses track of protagonist Mono. It’s not a frequent problem, but it’s something to watch out for during the stealthy parts.

Sometimes the game relies a little too much on trial and error. You might come across a time-sensitive platforming section or puzzle where the solution isn’t obvious. Because time is ticking, I found myself just going for it and discovering how to move forward by dying. There was one part in the city late in the game that almost felt like the developer was trolling me as I entered a pathway and was immediately flung out a window. That taught me what not to do, but it felt like a cheap death. Fortunately, you usually respawn right next to where you died. The developer clearly wants you to see all those violent death animations. 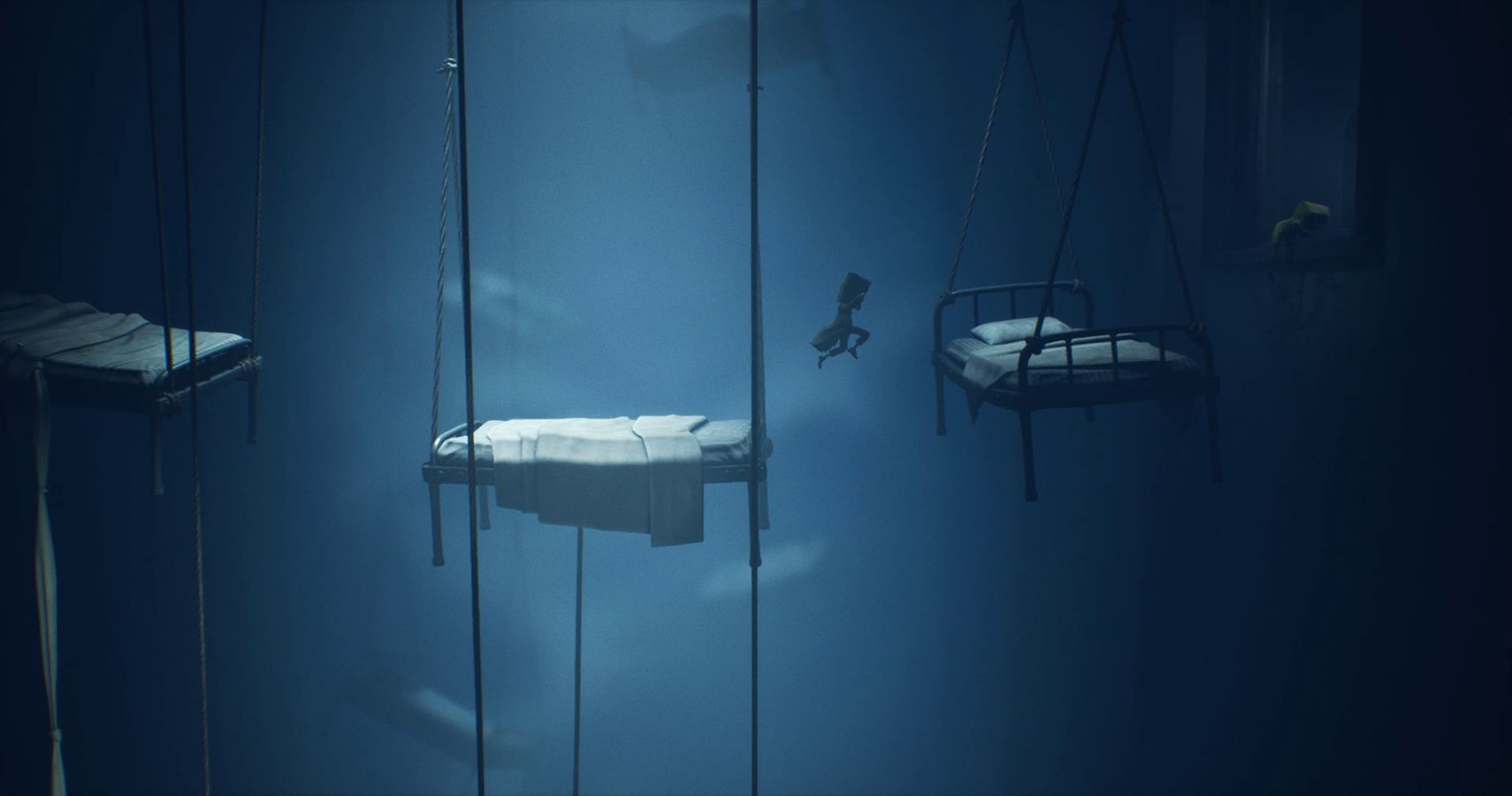 Little Nightmares 2 doesn’t revolutionize platforming, but that’s not what this game is for. This is meant to be a trip into a miserable yet beautiful world inhabited by the worst people you could possibly imagine – like signing into a Gab account. Little Nightmares could be my favorite horror series. It doesn’t rely solely on jump scares designed to startle more than scare – it opts to invoke fear through foreshadowing, art direction, and sound design that causes you to dread every room you enter and every step you take. And then when you finally run into the revolting adult that’s been hinted at the whole time, it makes you stand still through a mixture of terror and awe at the design of something like The Teacher or The Doctor. It’s just so damn good.

If you’re someone who can’t stand seeing children in danger, I’d probably recommend you stay away from this one because that’s going to happen. A lot. Otherwise, you should check this out as soon as possible. Little Nightmares will haunt your dreams, but you won’t be able to look away.

NEXT: The Wii U Is The Most Depressing Console Ever 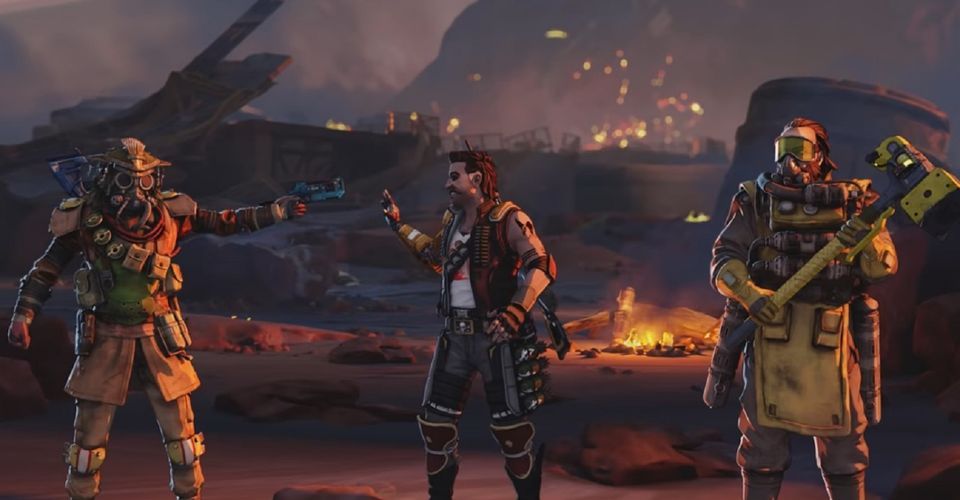