Do I get my gamer card revoked for having never played Stardew Valley? I’m sure the Twitterverse would (or will) have something to say in regards, but farming and crafting sims have just never been my thing. In fact, besides playing The Sims for hours upon hours in my high school and early college years, the only notable farming sim I have ever played was last year’s release of Summer in Mara. The genre has always seemed daunting to me. Starting from scratch and slowly building up a sustainable and thriving small town seems like a lot of work that would take up a lot of time… time that would probably be better spent by working on my own real-life house responsibilities and projects that I’ve been putting off.

So then, why am I here now writing about Littlewood – a village-building, role-playing game that falls in line with everything I just mentioned? Well, for starters, I am a major advocate for indie games, and Littlewood certainly falls into that category as a game developed by sole-developer, Sean Young. I was happy to accept the opportunity to take a look at the Nintendo Switch port of the game that has seen resounding success on Steam, which currently sits at a perfect 10 out of 10 user rating from over 3,000 reviews. Despite not having much experience with the genre, I’m glad that I gave the game a go. I would imagine that the PC version of the game probably provides the best experience, but Littlewood is a game that I never knew I needed on Nintendo Switch – and is sure to be one that I continue playing for a very, very long time. 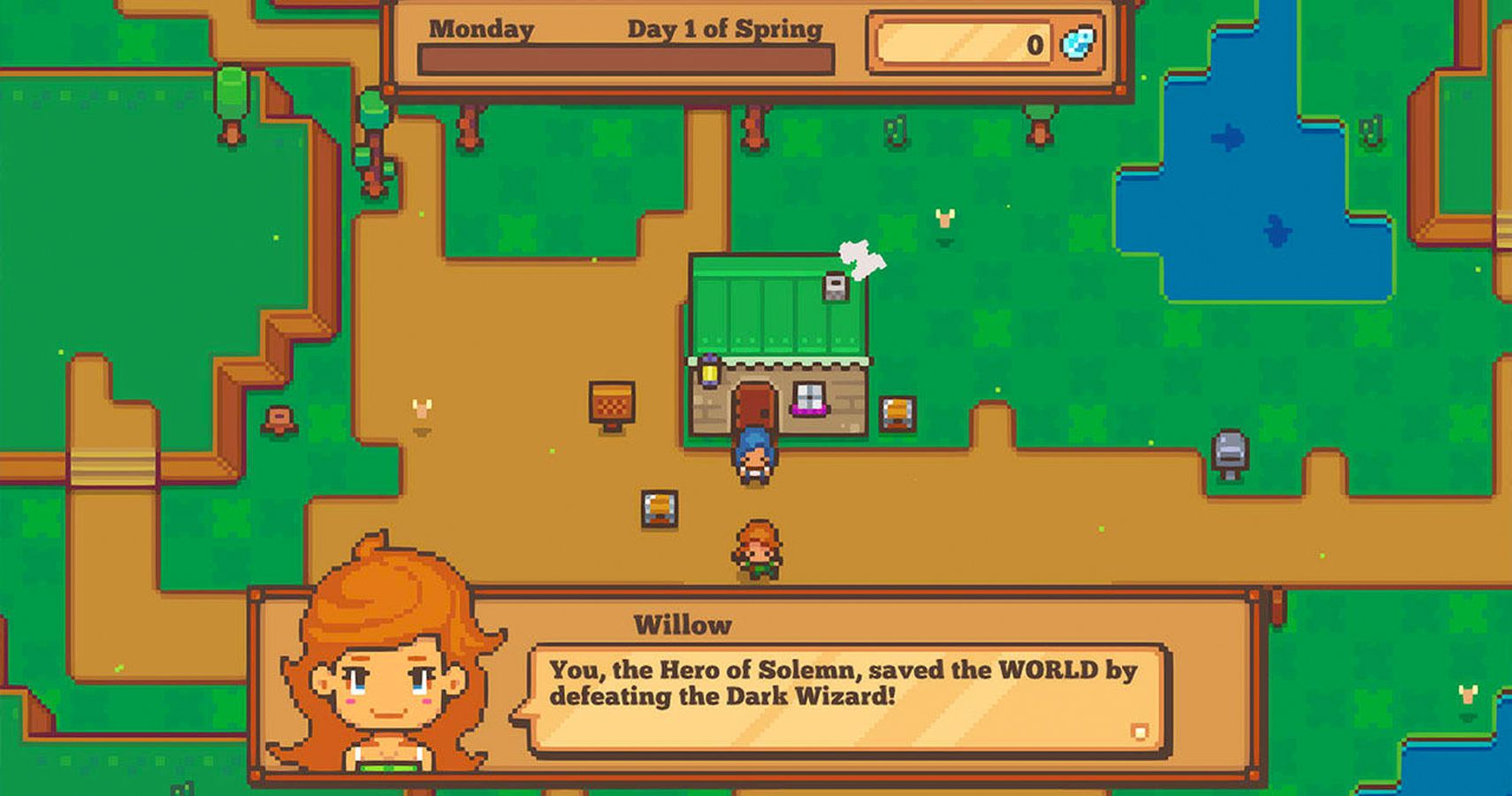 To kick things off, you wake up from an extended rest and find yourself in a run-down village with some people that you don’t remember (despite having a storied history with some of them). You soon come to find out that you, in fact, are the hero who saved the village and its inhabitants from a brutal fate. With the external threats now non-existent, you’re free to spend your days restoring the town to its former glory while taking care of its inhabitants.

And that’s it. Really. There’s no ominous plot just waiting for you to make a misstep; no seedy underworld hell-bent on getting revenge and turning your life of leisure into one of pain and struggle. No. You’re here in the town of Littlewood (or whatever you want to name the town) to rebuild and just… be happy.

You’re slowly indoctrinated into the world of small-town life, but, of course, the “Hero” title comes with a few loftier expectations that might not be asked of normal folks. For instance, just as soon as you wake up, you need to start building. This includes houses for some of your closest companions, along with community structures such as a marketplace, general store, and even a tavern (my personal favorite), which can be built after getting the recipe and collecting the required crafting items needed from around the world. This extends to furniture, as well as just the general aesthetics of your town, having the option to make it as beautiful as you would like. 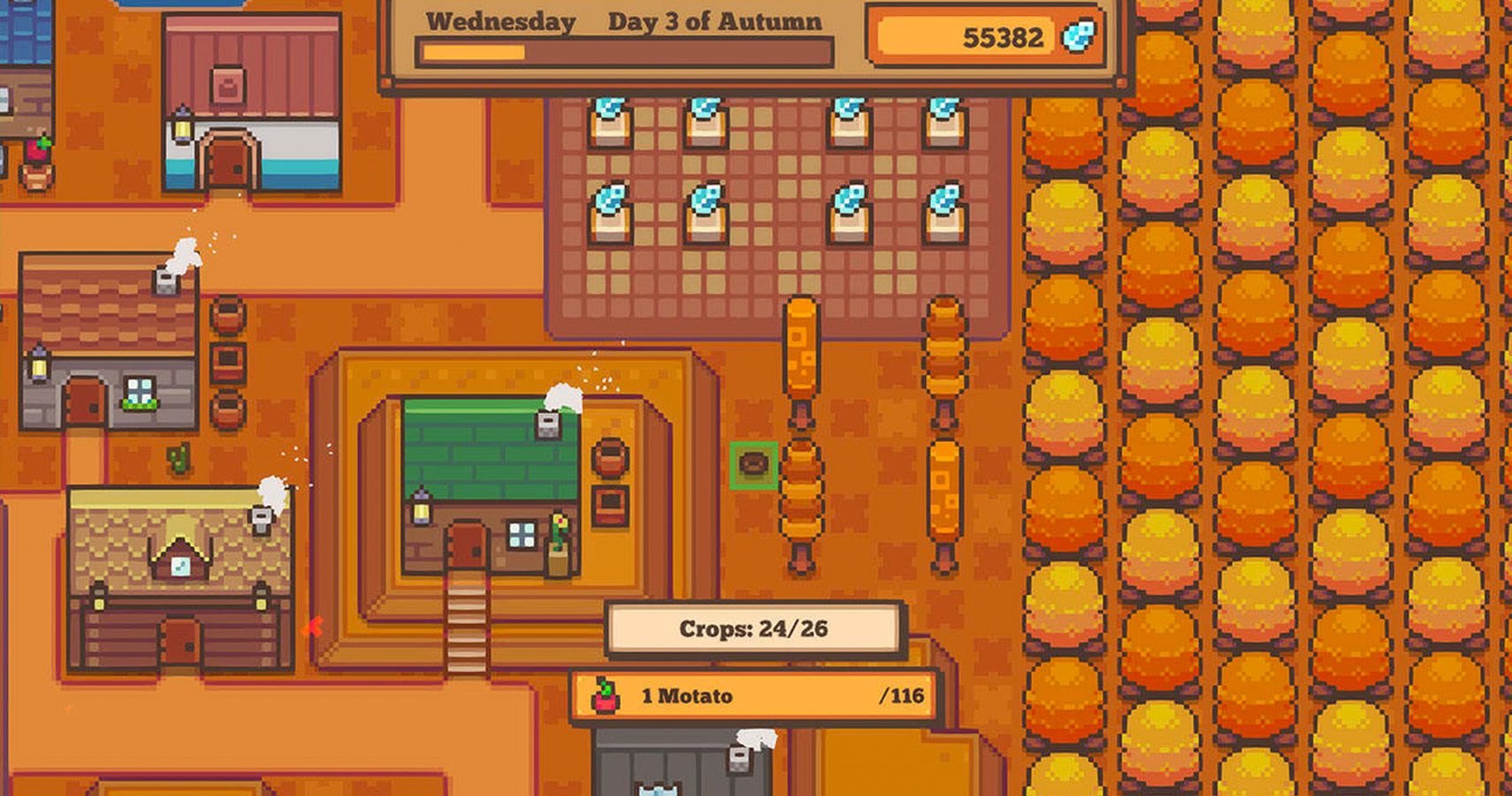 And that is one of Littlewood’s most defining features: player choice. You pretty much have free rein over how you experience the game. You don’t have to painstakingly create a beautiful village, settling rather for some random flowers scattered between awkwardly placed buildings. You don’t have to answer the requests of the helpless townsfolk, even though you’re the only one who can make anything actually happen around the town. You don’t have to interact with the villagers of your town, but you’ll be missing out on great opportunities to get to know your neighbors and newcomers to the village – and an unexpected feeling of sadness that comes with some of the relationships that you had prior to your memory loss. Littlewood allows you to play the game any way you’d like, but why would you even be playing this pixelated RPG if you weren’t willing to put in the work?

Littlewood’s day and night system gives you ample time to create and build in the beginning, but as time goes on and the village begins to grow in size and occupants, you have to navigate your daily tasks with a bit more intention. Do you go logging in the surrounding forest, or do you tend to some of the more administrative tasks of running a town? Do you cook up a feast for the villagers, or do you let them go hungry for a night (they’ll be fine until tomorrow)?

There have been moments when I started getting a bit stressed out by the decisions I need to make. Fortunately, the inhabitants of Littlewood have your back no matter which course of action you take. It’s an interesting dynamic – the townsfolk won’t lose their faith in you or get mad if you make a decision that wasn’t in their specific interest. You’re putting the majority of that pressure on yourself. Once you come to grips with that, it makes Littlewood a whole lot lighter of an experience. 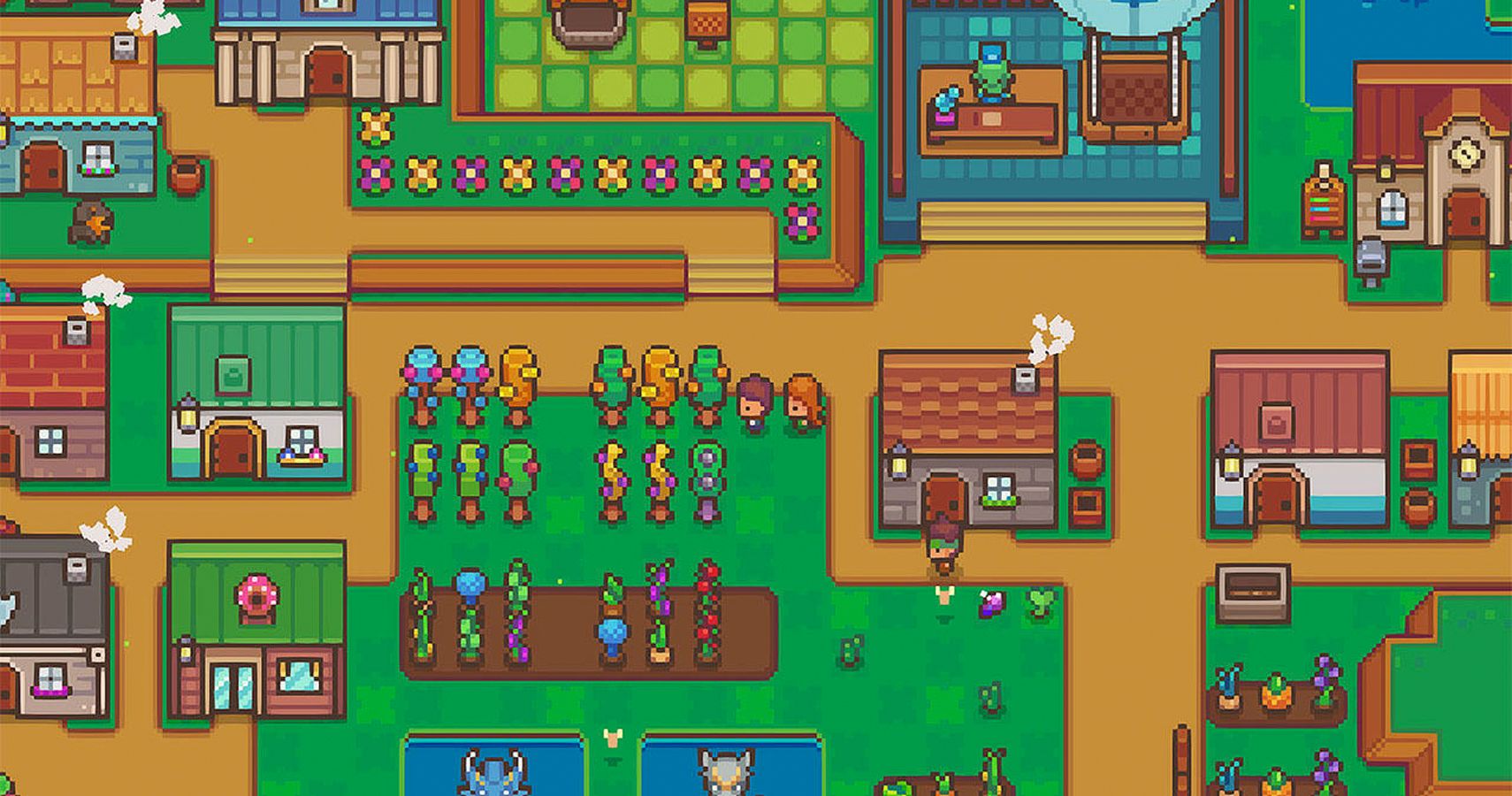 From a technical standpoint, Littlewood plays just fine on Nintendo Switch. It’s no secret that I’m not a big fan of the Joy-Con controllers in general, but there’s not too much to Littlewood’s controls or navigation of the user interface. As I mentioned earlier, I think that the flexibility of a mouse and keyboard setup would likely make things a bit easier on PC, but having played plenty of Switch titles with awful control schemes, I can confirm that Littlewood’s controls are perfectly fine.

I’ll admit. Despite having spent plenty of time in Littlewood (yes, I kept the default name for my town), I still often find myself wondering when the other shoe is going to drop. When will I be thrust back into a life of combat to defend the town and community that I have spent hours upon hours rebuilding? There’s been nothing to indicate that that is going to happen, and I hope nothing ever will. I have every intention of continuing my journey in Littlewood for a long time – whether that comes in the form of extended hour-long playthroughs or five to ten minutes at a time. 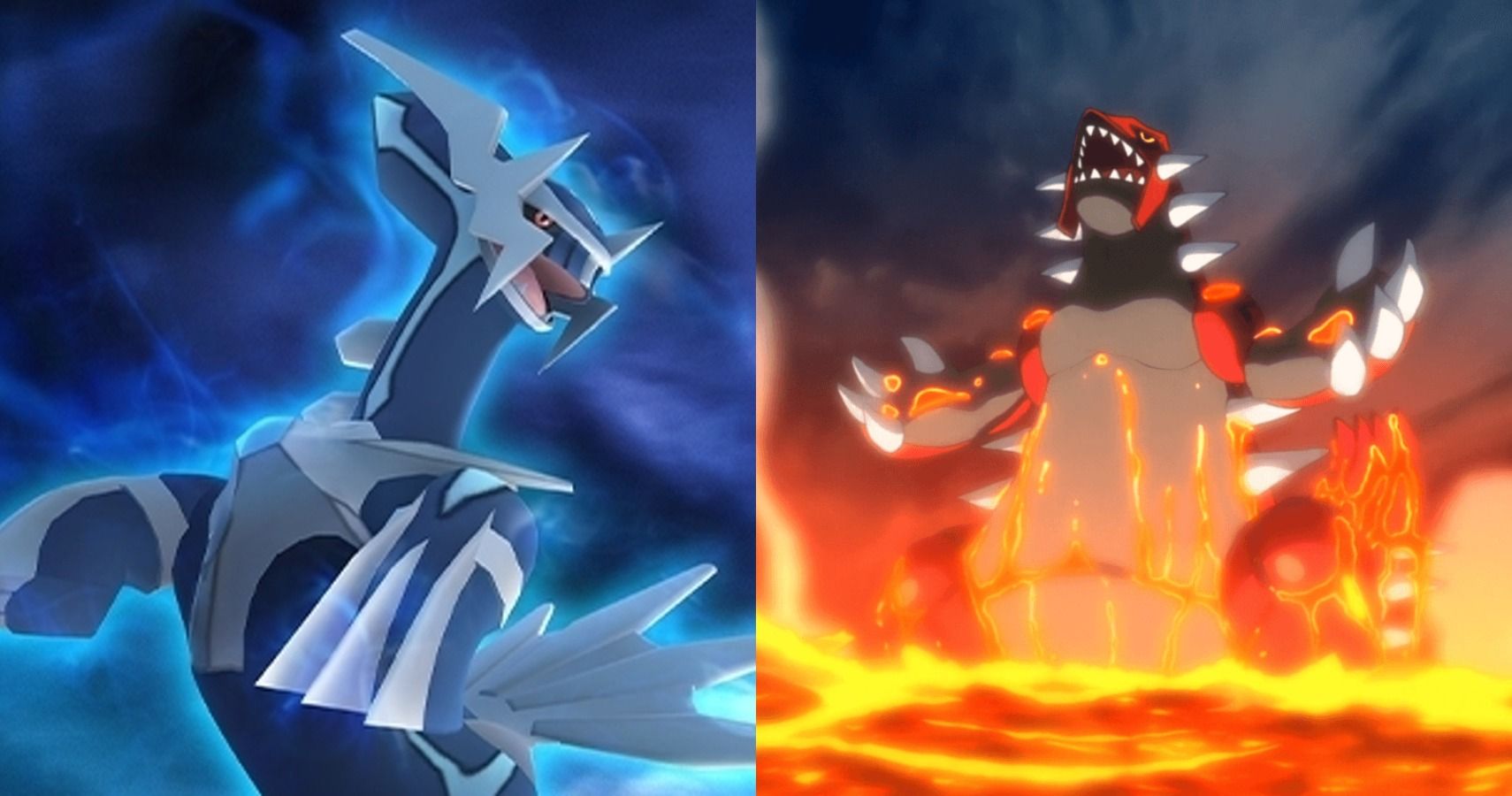