There are now more ways to play video games than ever before. You can stream them, play them on the go, access Xbox Game Pass on your phone, and even take over your friend’s console and fiddle with their library. It’s a lot to take in, and a big improvement from having to use the weird third-party controller at a friend’s house 20 years ago. Despite all these incredible innovations, many games still don’t have online co-op modes. This normally isn’t too bad, but during a pandemic where split-screen isn’t possible, it’s a bit annoying. Not being the type to give up easily, a friend and I figured out a way to play Enter the Gungeon together using Share Play. It was janky and far less than perfect, but the sheer act made me feel like a cyberpunk hacker and I loved it.

PlayStation does explicitly state Share Play can be used to play games together, but they don’t make it super convenient. You have to start a party, then the host has to “give” a controller to you, but it is doable. So, we hopped into the Gungeon together and cleared through some bosses. After almost an hour, a notification pinged that said we only had five minutes of Share Play left – so much for completing the game together. We also faced quite a few lag issues, which in many games wouldn’t be an issue, but in a fast-paced affair like Enter the Gungeon, such a thing was far from ideal.

We restarted the session so we could keep playing for another hour and kept plugging away at the game. It’s a shame we couldn’t figure out a workaround to the hour time limit, but it was a nice way to spend an afternoon. The time limit feels quite anti-consumer if I’m being honest. Enter the Gungeon doesn’t have online multiplayer, so we weren’t cheating the developers out of an extra purchase of the game – it’s a couch co-op, why can’t we just play it without restrictions? 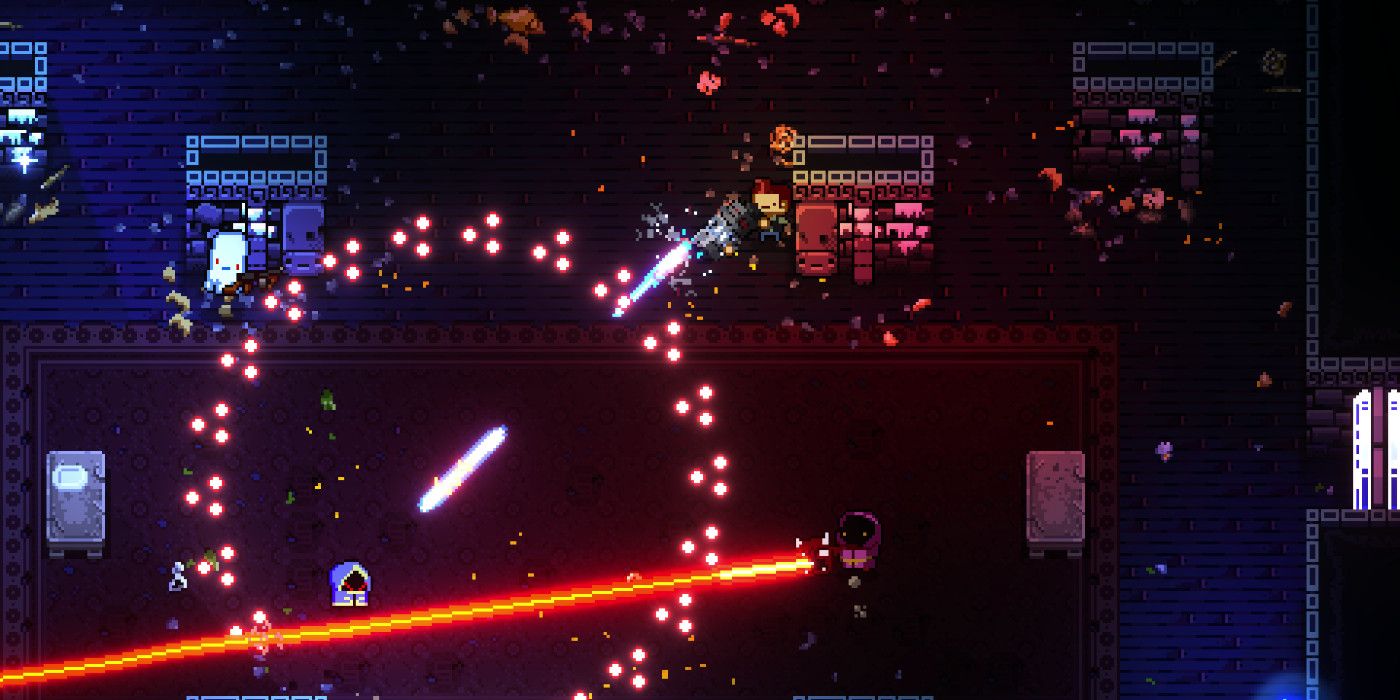 What Share Play does open up for us is the possibility of playing other games together. I’m an only child, and playing games with friends at each others’ houses was a huge part of my adolescent experience. Now we can play platformers like Ultimate Chicken Horse – the ultimate party platformer – which offer both couch co-op and online multiplayer and can  be played even though I’m the only one with a copy. This seems fair to me since the game can be played on just one console. Even the Yakuza minigames could be played via Share Play, or the Monopoly virtual board game – though that will definitely take longer than an hour – and possibly ruin our friendship along the way.

Fortunately, the future looks bright for co-op games. It Takes Two included a friend pass, a feature that gives a friend access to the game without them having to actually shell out for a copy. Co-op games can feel a bit cheeky otherwise, as they’re basically saying you need two copies to actually have fun. Not everyone can afford to buy new games, and while free games are always welcome, I’ll gladly accept more ways to conveniently play games with my friends.